The artist Ai Weiwei from China is not present in Cuba but his art is at the 11th Bienal being held right now in Havana. The exhibit is called "74 Bicicletas" (74 bicycles) but it's not the first time he shows this piece. This is a downscaled version of a 2011 exhibit called "Forever Bicycles" where he used 1200 bicycles. He was born in 1957 and is a well known contemporary artist. In ArtReview magazine he was voted #1 on the 'Power 100' list of the world's most influential artists. He was also a consultant for the Beijing Olympics.
So, where is he now?? He's under house arrest in China for a piece of art that he did that didn't please his government. He put together 8000 backpacks representing the schoolchildren killed in a recent earthquake and formed the words "She lived happily for seven years in this world", words spoken by a distraught mother who lost her child in the quake. For his troubles the government has put him under arrest and forbidden him to travel. 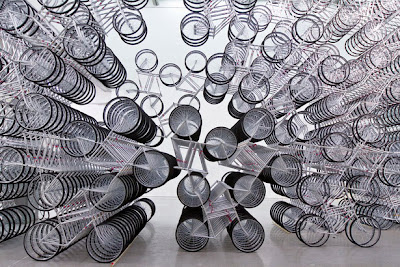 Above is the original exhibit called "Forever Bicycles"
Below is the scaled down version shown in Havana right now. 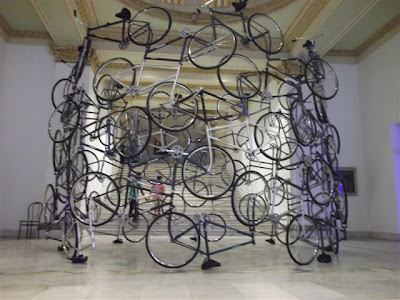 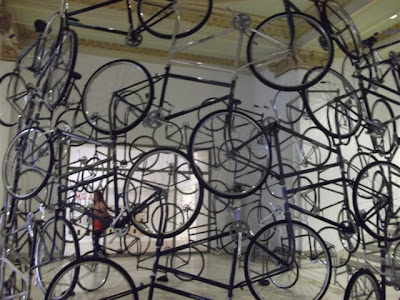 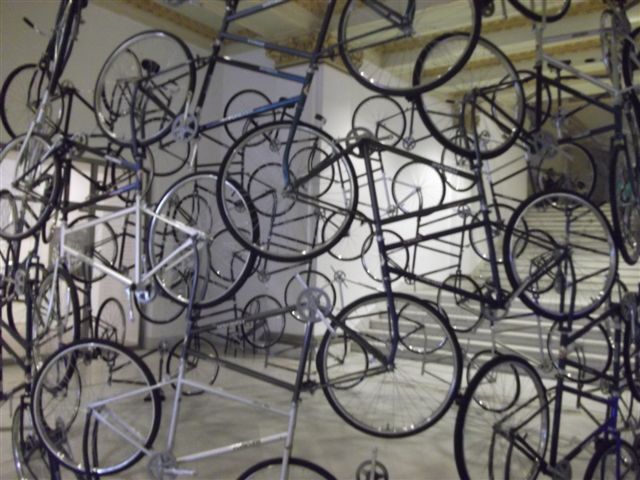 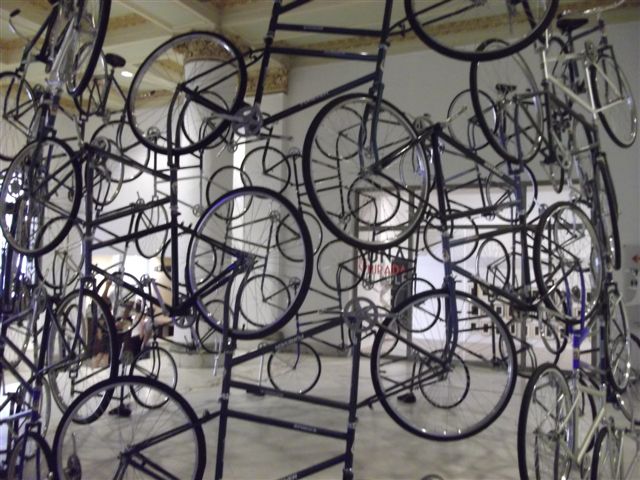 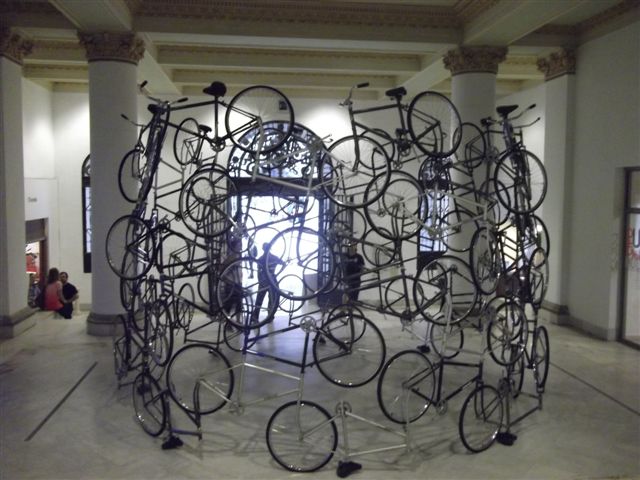