There is a month long Art Exhibit going on in Havana right now called the "Bienal". It started on May 11th and finishes June 11th and takes place once every three years at around the same time. It takes up the entire city and no space is spared with artists from around the world showing their stuff. Entire street blocks are covered with art, not to mention the interior of many buildings. This particular artist, Rafael Gomez Barros, has actually taken up the exterior of a building. The piece is called "Casa Tomada", which translated means eaten house. The English translation used however is just "Ants". The building used for this exhibit is located on Prado and Colon, a movie theater called "Fausto".
Rafael is not Cuban but from Columbia. This is not the first time he shows this particular piece. As far as I know he's been showing this work since at least 2009 in Columbia. In 2010 it even covered the facade of the National Congress building in Bogota. The Ants are suppose to symbolize the people displaced by war in Columbia. I'm going to try to show as many artists as I find worthy as the information is sent to me. I hope you enjoy some of this stuff. Below is a link to one of Rafael's exhibits in Columbia from a few years back. 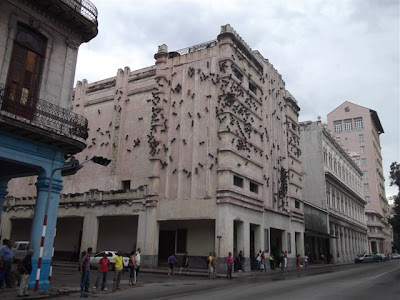 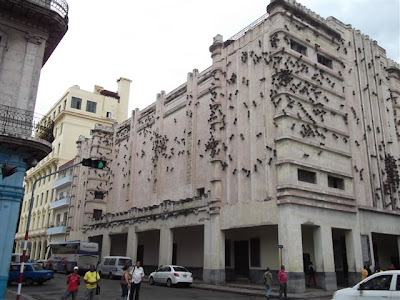 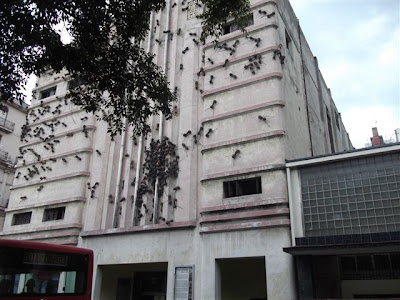 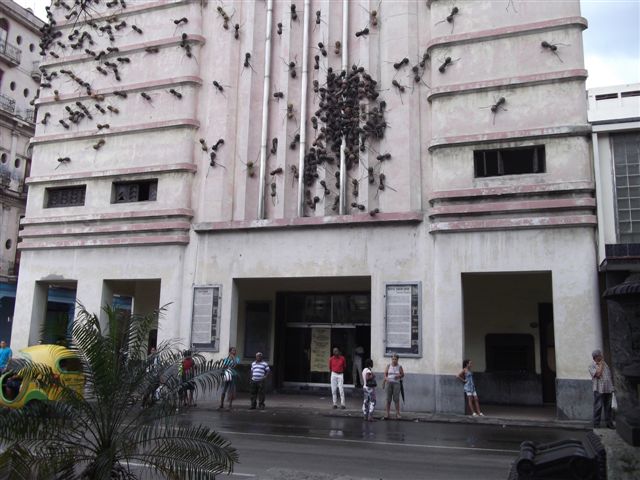 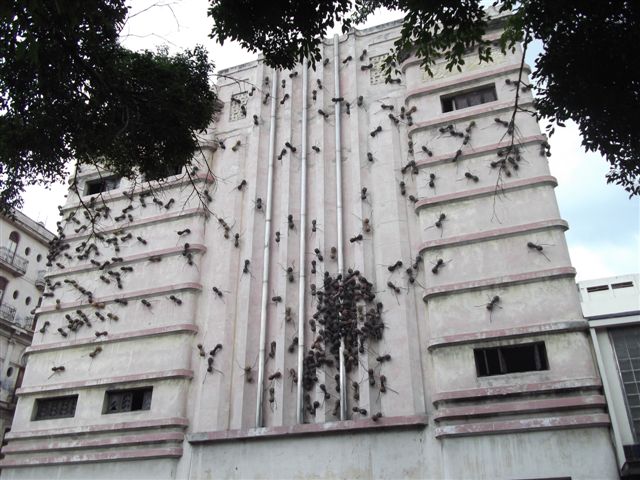 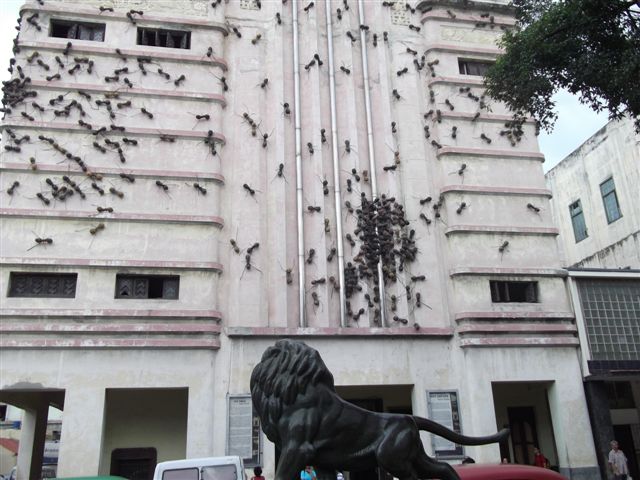 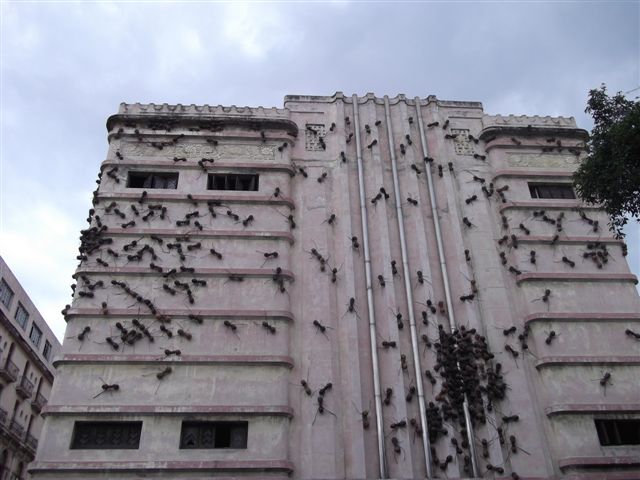 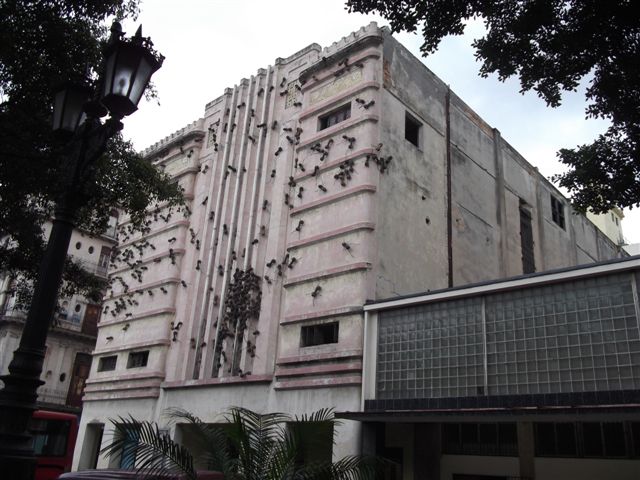 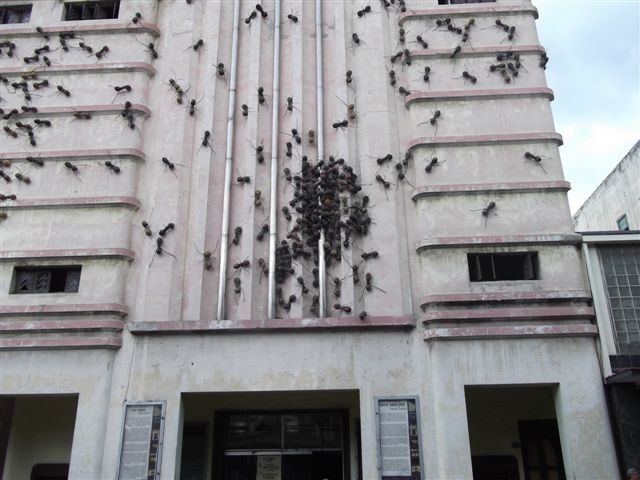 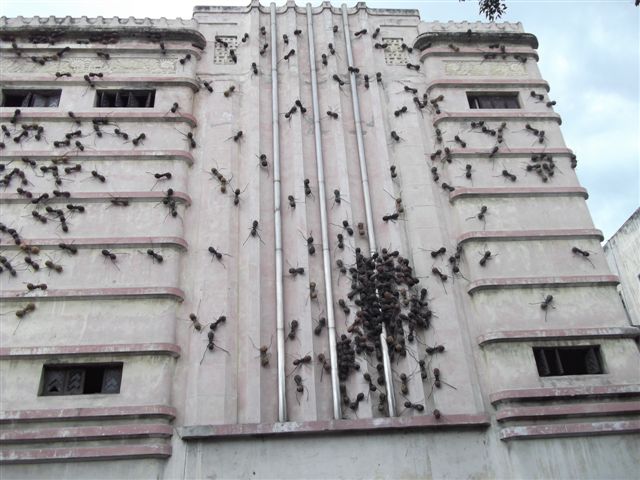 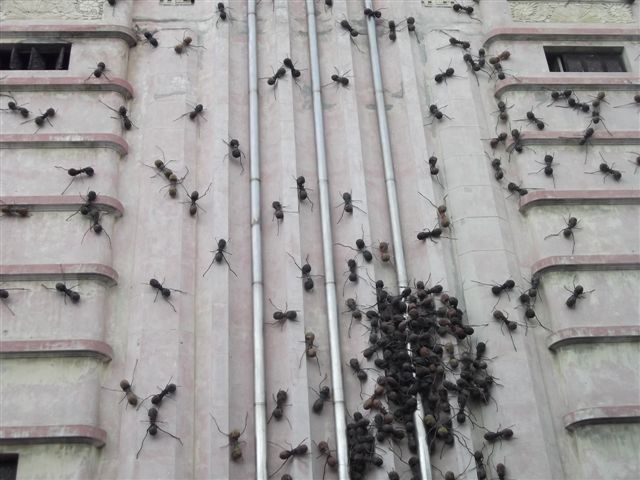 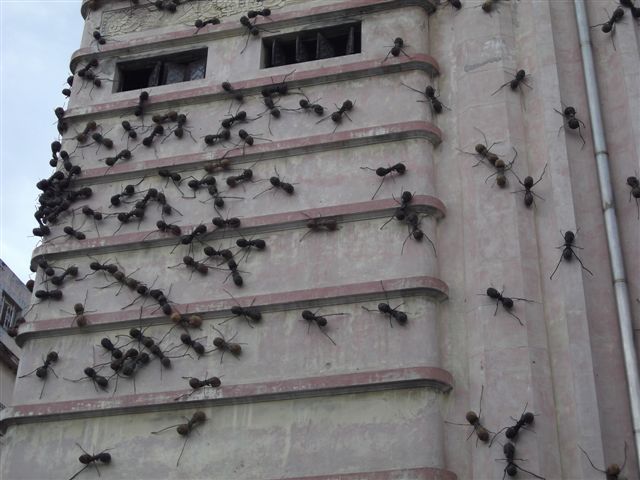