This was a nice looking cigar that was sent to me by a friend of mine who lives in Belgium. The cigar is called the Belux no.1 and it's what's called the Genio size 52 x 140mm (5.5in.) a Robusto Extra. Belux stands for Belgium and Luxembourg, which means this cigar is only sold in those two countries. Only 3500 boxes of 10 were made.
The cigar was hard to the touch with very little give. It had a bumpy cap and an almost dark, veinless, slightly bumpy, oily wrapper. The pre-light draw gave off notes of cedar. After lighting, first draw, good pull with earthy flavours. The burn was off just a little but I touched it up anyway. Picking up lots of wood, I was getting splinters on my lips. When I flicked the ash I noticed a nice cone which meant it was burning perfectly.
The flavours didn't change much and neither did the strength, it was a good solid medium. At about a third to the end I picked up some slight floral notes but that was only for a few minutes and then back to the strong wood. I let it go out at about a quarter to the end and re-lit it after a few minutes. Still smoking good with the same woody taste, no change. Shortly after that the cigar started to turn and I put it down.
This was a nice cigar and I really like this size. I think a couple of years will do it good but it's not smoking too badly now. I think some time might add some complexity to this smoke. I have another one that I'm going to have to put away for a bit. 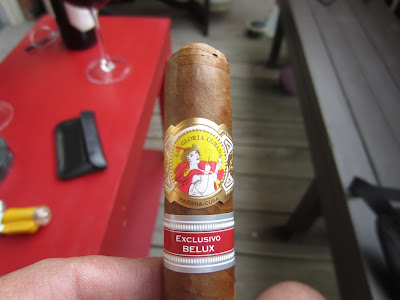 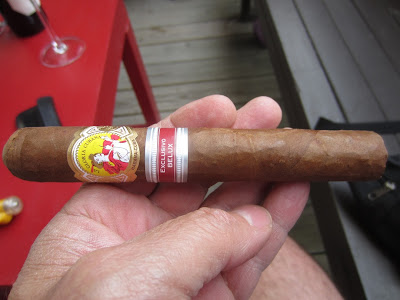 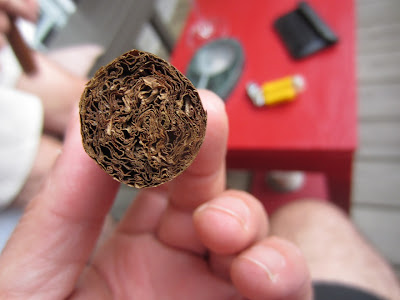 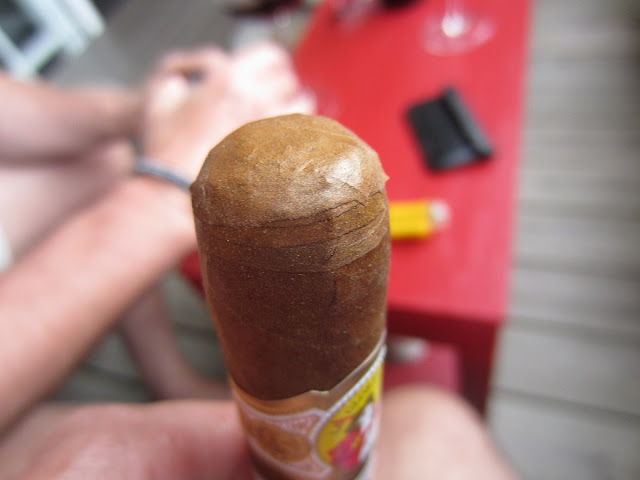 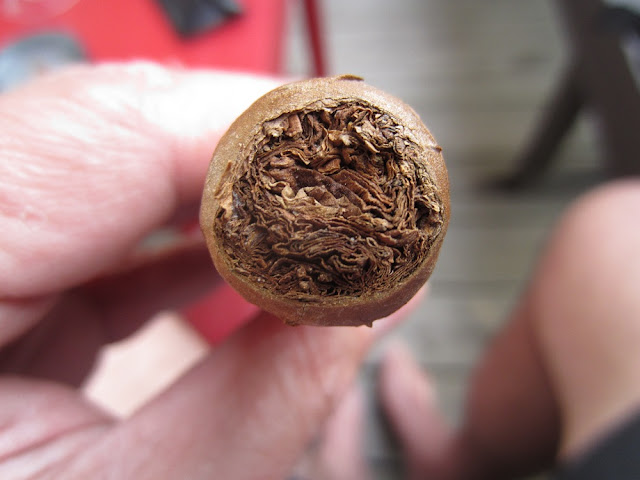 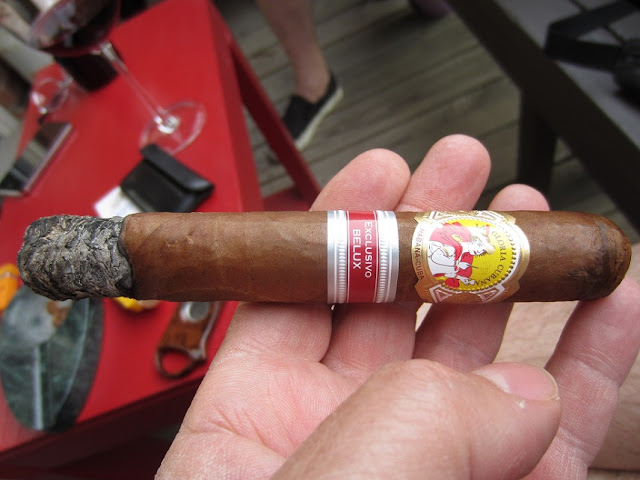 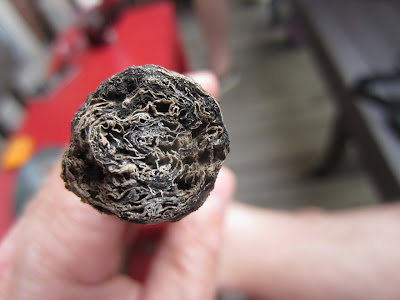 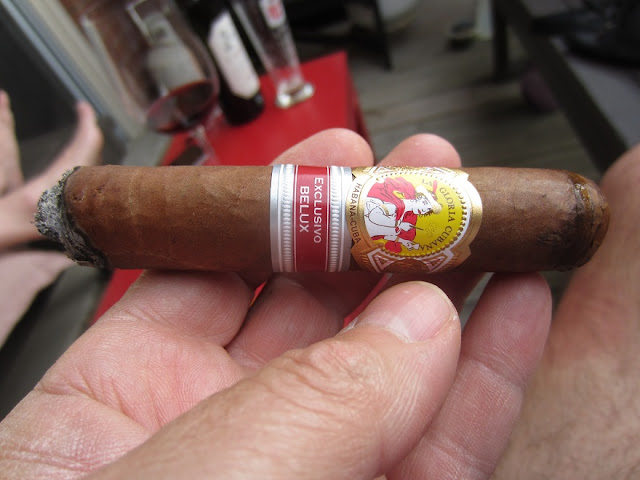 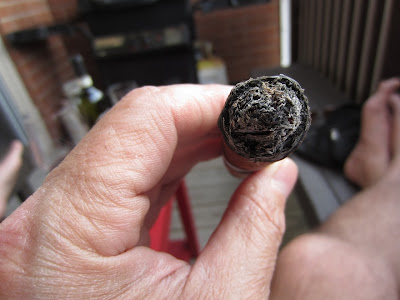 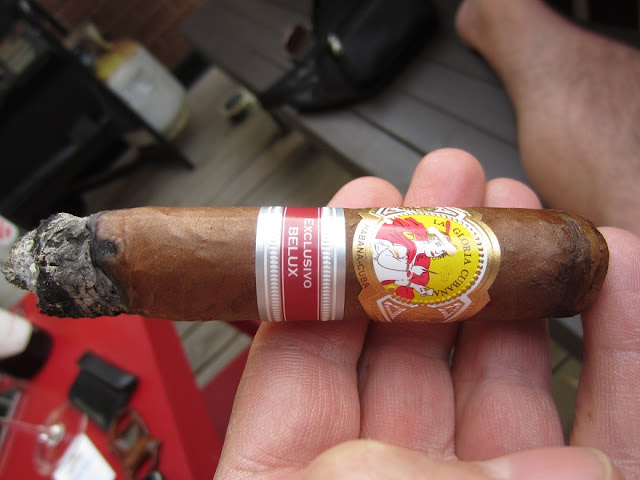 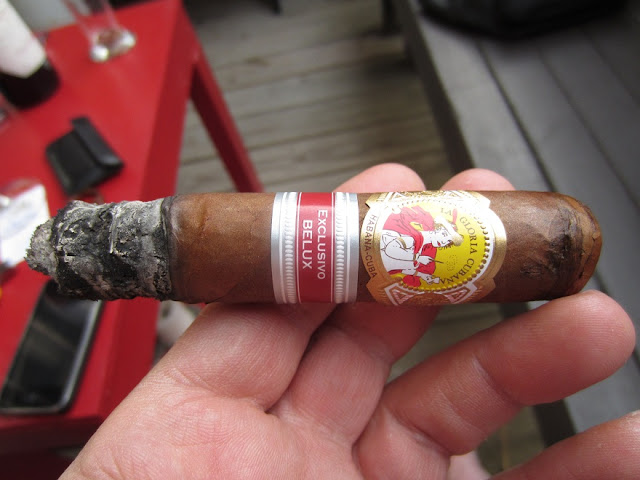 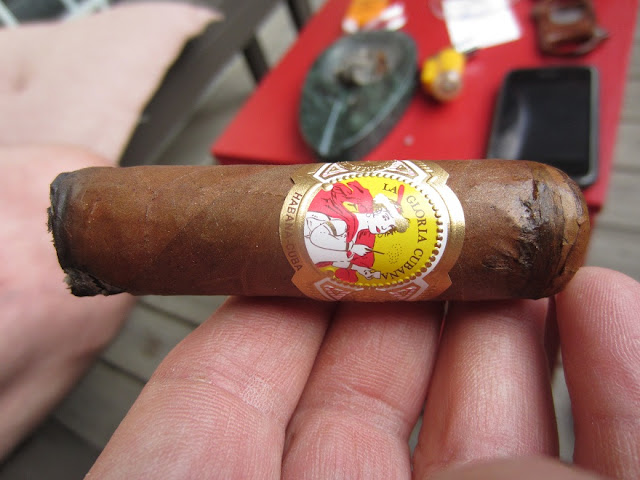 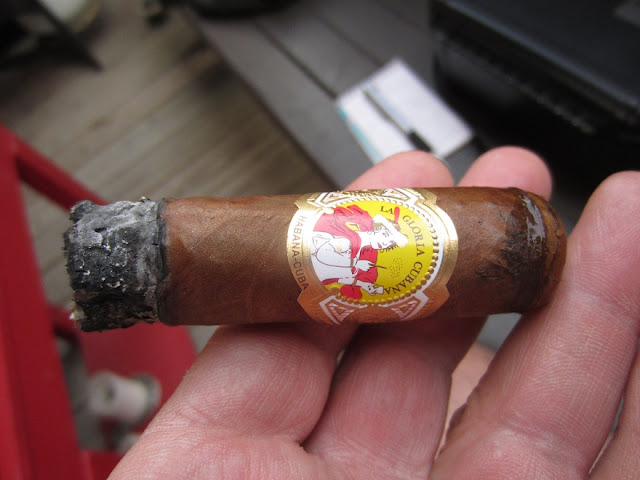 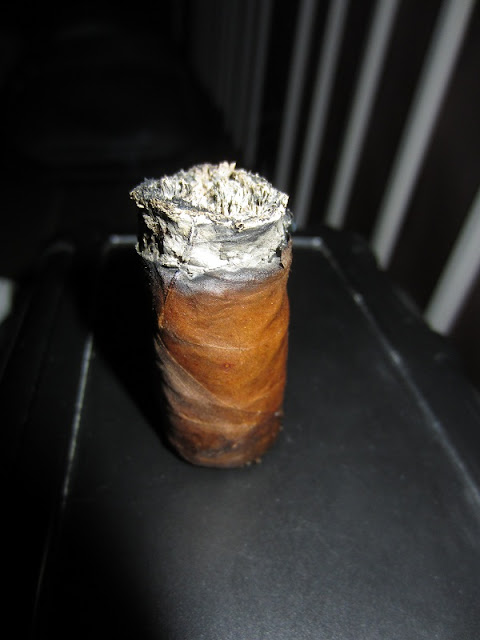