Maria Magdalena Campos Pons born on August 22, 1959, is a Cuban Artist who now lives in Boston. She's been a professor and curator and won awards and recognitions. Her Art has been shown all over North America, Venezuela, Japan and Germany.
The piece she is showing at the Bienal is called "El Pan Nuestro de Cada Dia" (Our Daily Bread). There is a Film Clip playing in the background. What it shows are interviews with ordinary Cubans in the street. She asks them if they have friends or family living outside of Cuba. Most say yes and that thanks to the packages and money that they send, they're able to survive. Others say they have nobody. The empty glasses in the pictures signify the Cubans and the packages you see strewn about are the packages sent to them by friends and family.
I've only been paying attention to Cuban art for the last two years and still have a lot to see but it's always been surprising to me the things that Cubans get away with when it comes to Art at least. I'm sure there's a lot racier stuff being shown at the Bienal this year and I hope I get some of that so I can show you. 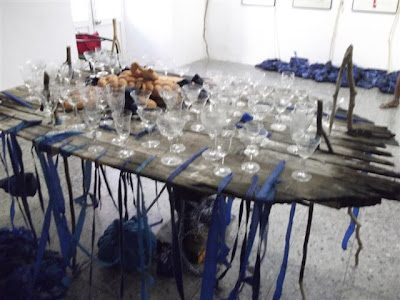 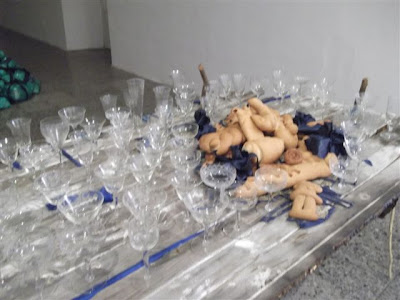 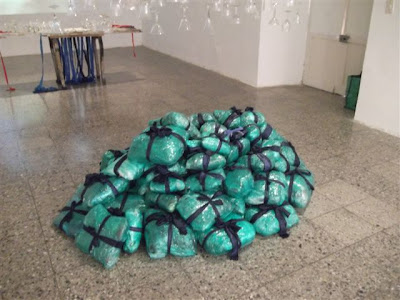 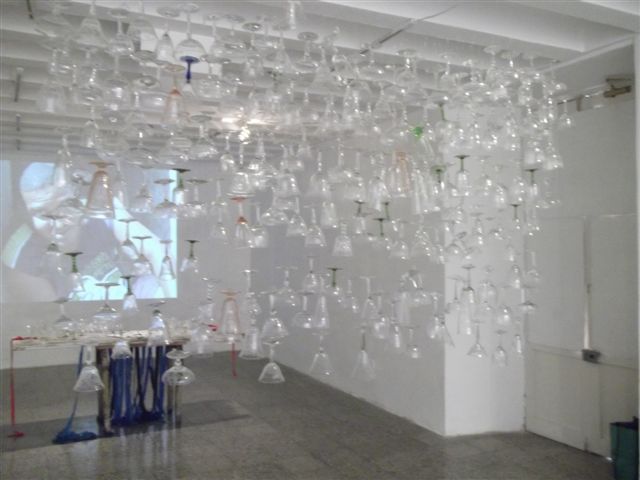 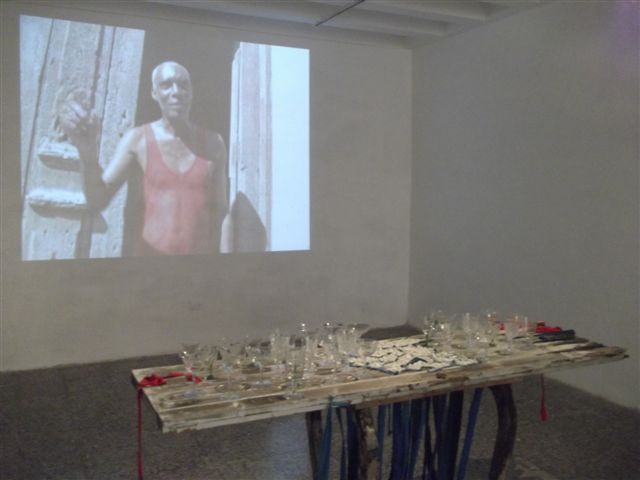 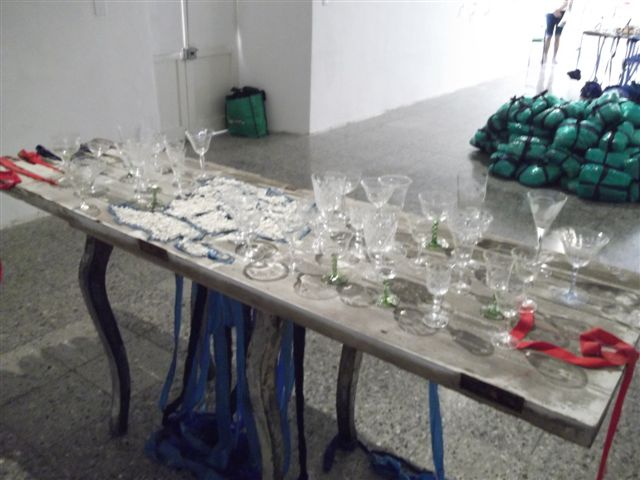 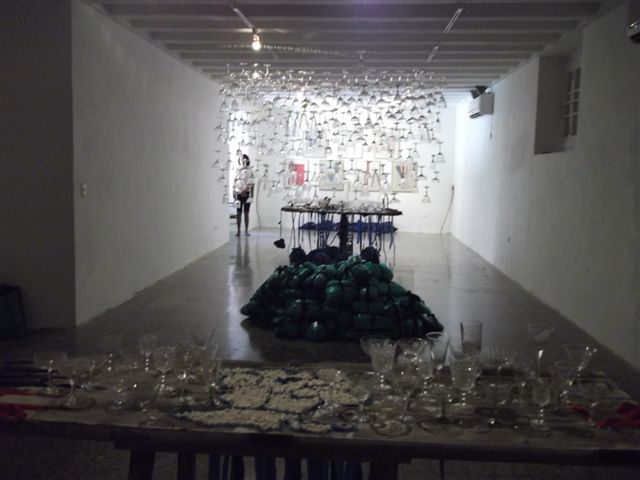 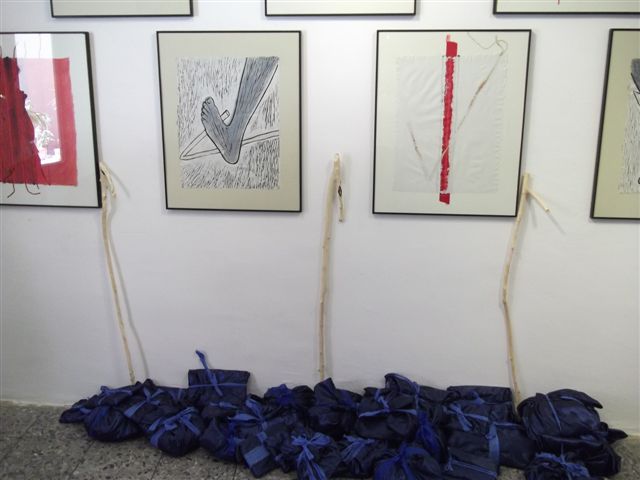