On almost every trip I take to Cuba I visit Nelson's studio. It's easily accessible across the street, in front of the Iglesia de San Francisco at the Plaza San Francisco in Old Havana.
His works that hang on his studio walls have been different every time I've visited. The first day I discovered this gallery and walked in, his paintings were very dark....theme wise. I wasn't particularly crazy about them but his ability as a painter was obvious. I continued to visit on following trips to Havana and every time I went to the studio the works and themes hanging in the gallery were always different. I've discovered since that first visit that I like many of his pieces but I don't like all of them and that's ok. He's also into different forms of ceramics and sketching.
Nelson was born in Baire, Santiago de Cuba on September 23, 1947. Baire is a speck of a town located about 100km from the city of Santiago de Cuba right on a main road. On a map looks like if you blinked while driving through the town you would miss it. Through his early school years he tried his hand at everything; music, art, sports.....but he never concentrated on any single activity. Hence in 1965, when he was finished with primary & secondary school and entered the 'Escuela Nacional de Arte' (ENA) at 18, he was the only student out of a class of 45 that didn't have any formal training in Art. The ENA is located in Cubanacan, a suburb of Havana and was founded by Fidel and Che in 1961. He says the first couple of years were very hard for him but by about the third year he was pretty even with the rest of the students and finally by the time he was done, at the end of the 5th year, he was one of the top 3 in his class. After his 5 years at the ENA he would become a professor and head of the department of painting at the 'Instituto Superior de Arte' (ISA) giving something back to the teaching staff, specializing in Engraving. He's a member of the 'Union de Escritores y Artistas de Cuba' (UNEAC) and the 'Asociacion Internacional de Artistas Plasticos' (AIAP).
His personal Exhibits are numerous, starting from 1970 with 'Pintura Sobre Papel' at the Galeria L y 23 in Havana. He's shown his works many times since then either alone or with other artists in Cuba and all over the world including my country Canada. That fact that his studio and gallery is in such a high profile location and has been for at least several years should be testament to the importance of this artist. His works have been bought by many collectors around the world including: Steven Spielberg, Robert Redford, Liv Ullman and the Queen of Holland and have been hung in many important places such as: Museo Nacional de Bella Artes in Havana, Casa Presidencial Los Pinos in Mexico, Palacio Imperial de Japon in Japan....this is just to name a few.
Art is a very personal thing where no 2 people have the same tastes or interpretations. I for one am not too affluent on the language of art. I either like something or I don't but I can't tell you what a piece means but then....I don't understand poetry either. However, whether or not you understand art, a visit to Nelson's gallery should be a must if you happen to be at the Plaza San Francisco. It's free to enter and nobody pushes you to buy anything. Make sure you walk to the back and check out the courtyard, the space is absolutely gorgeous.

The Pictures I've posted below were from my recent trip in Nov.2013 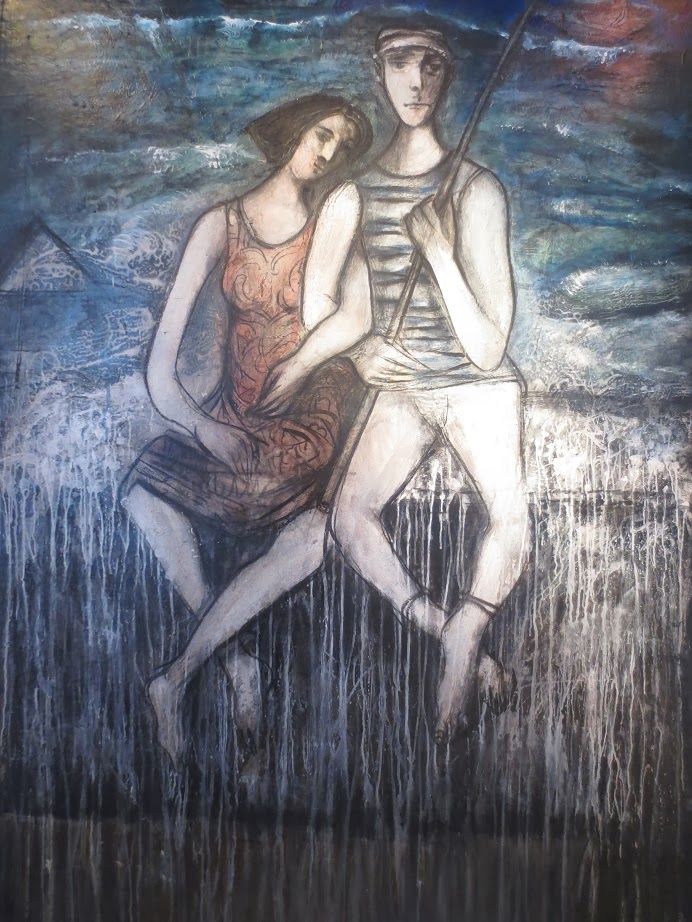 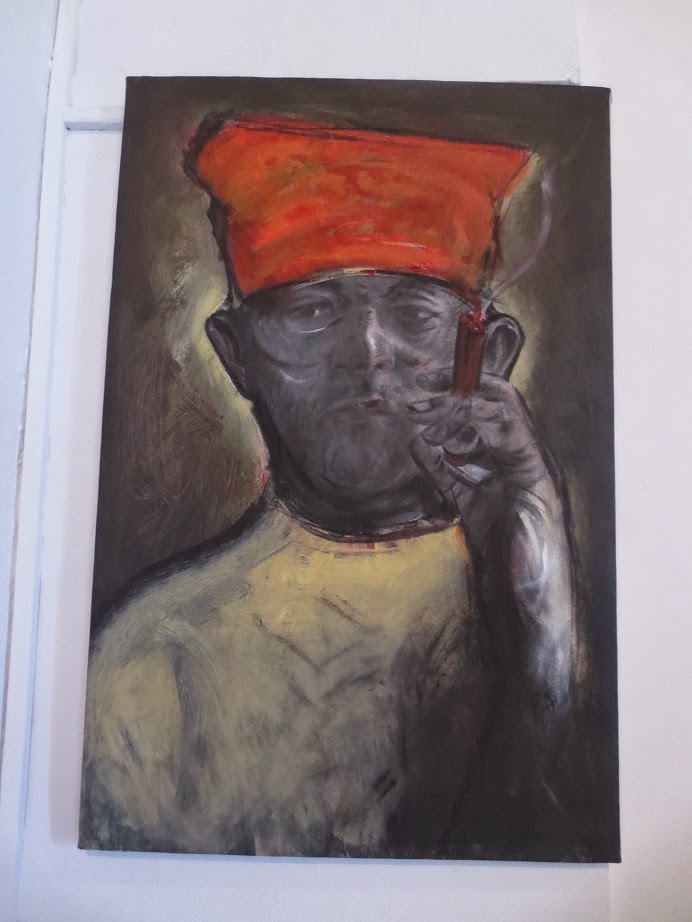 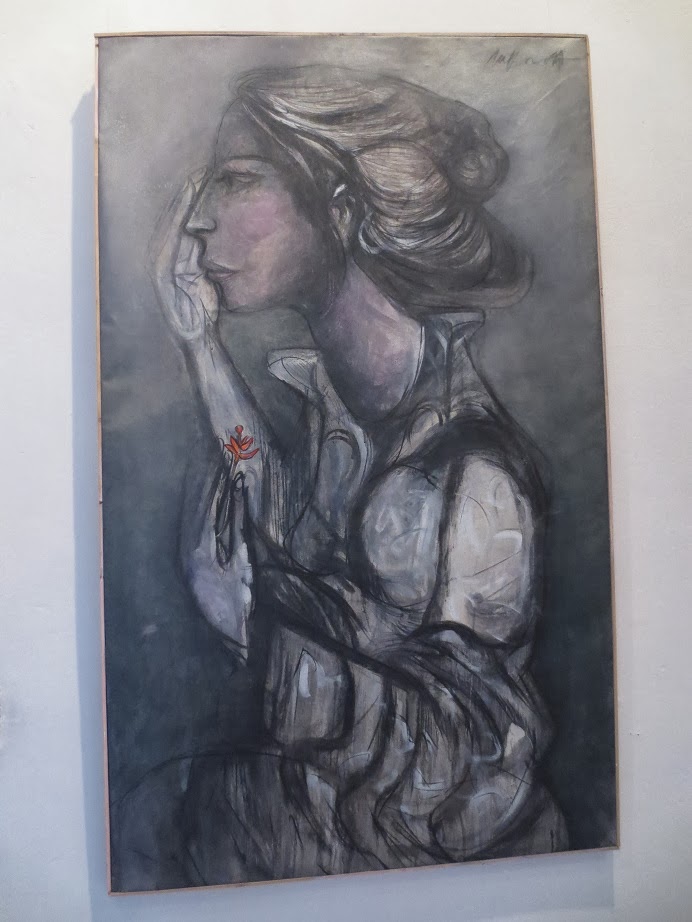 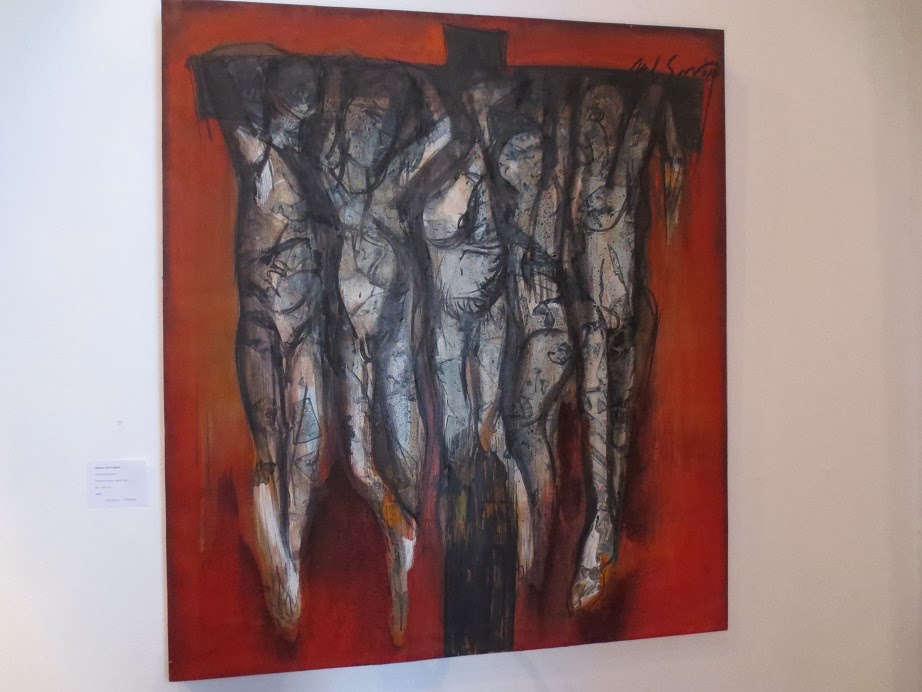 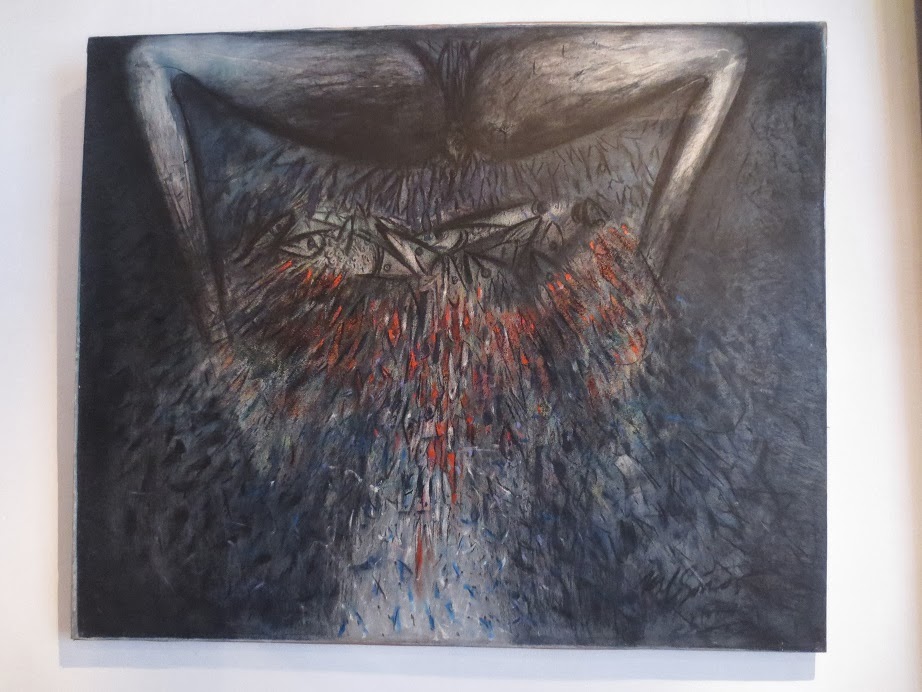 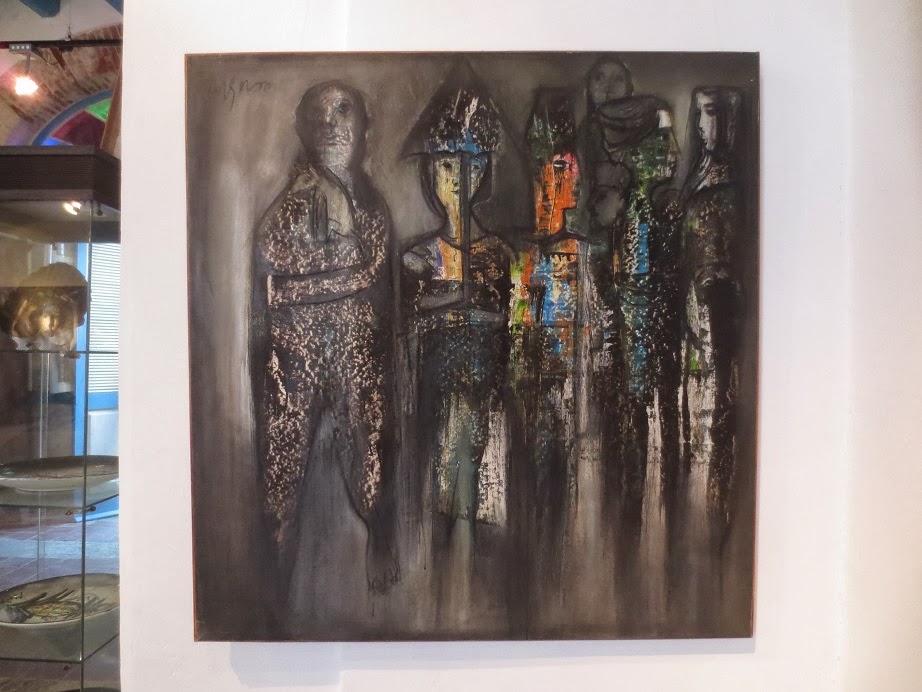 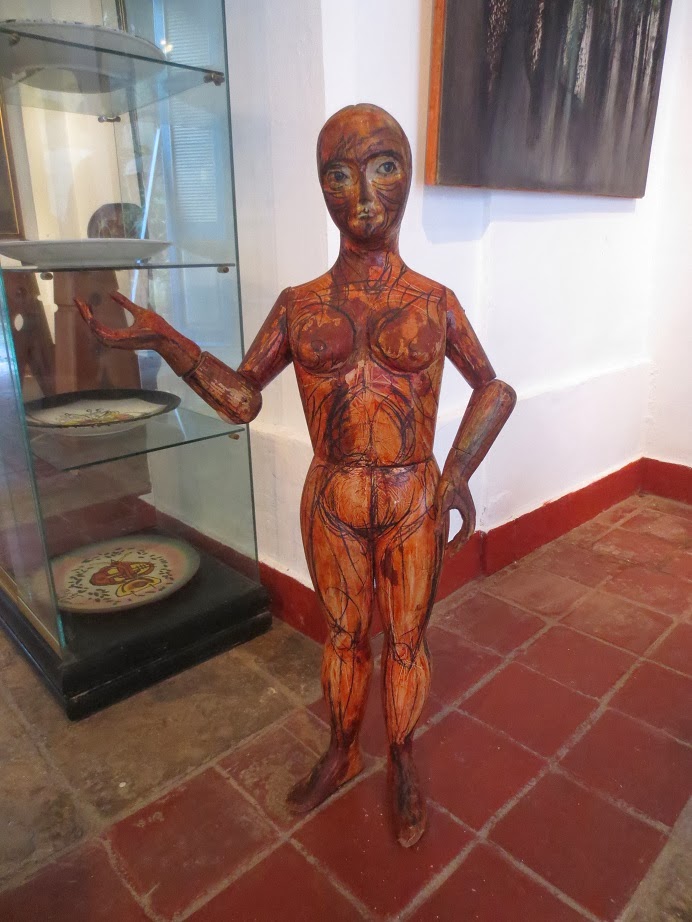 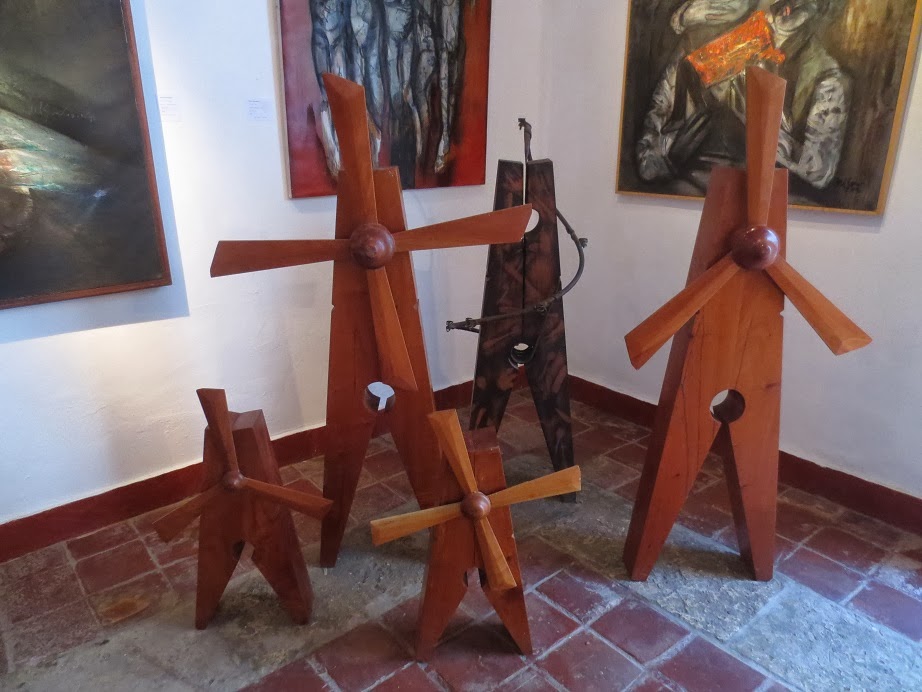 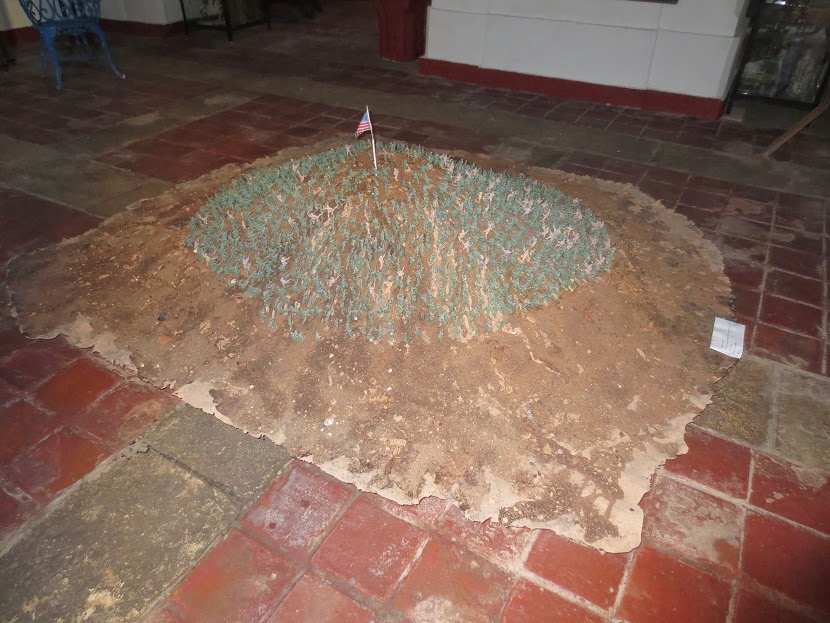 The American dream. Once Again 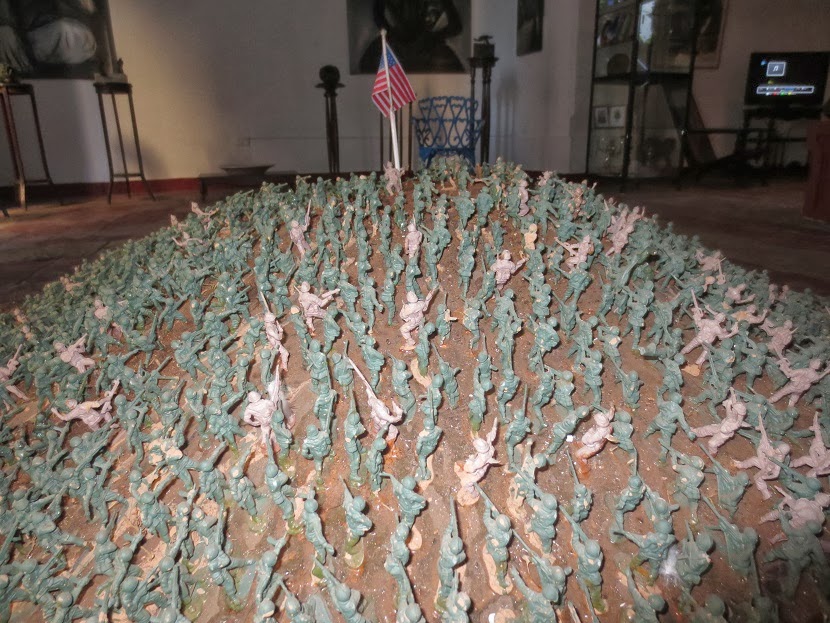 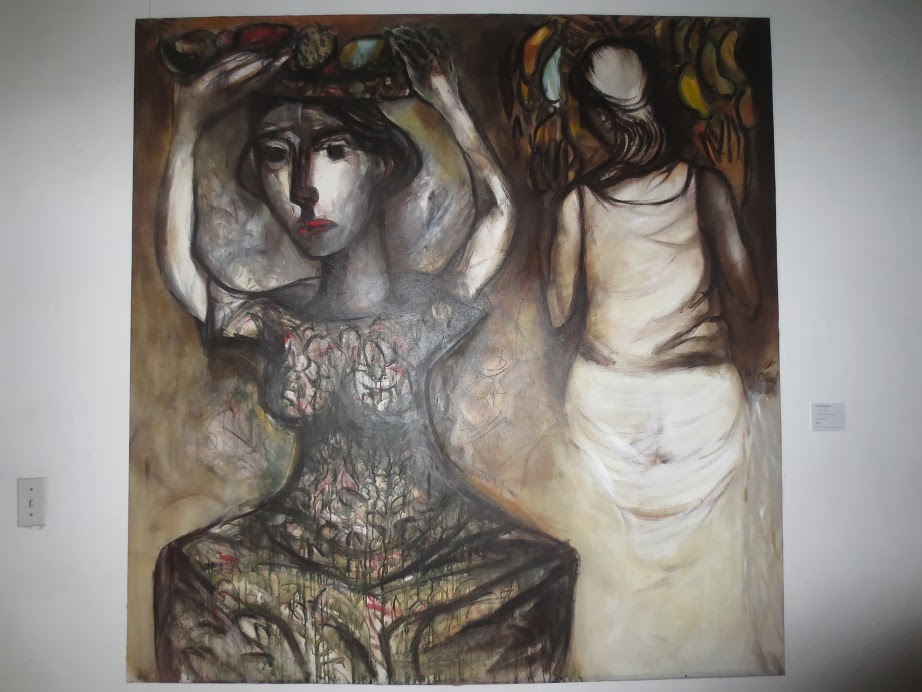 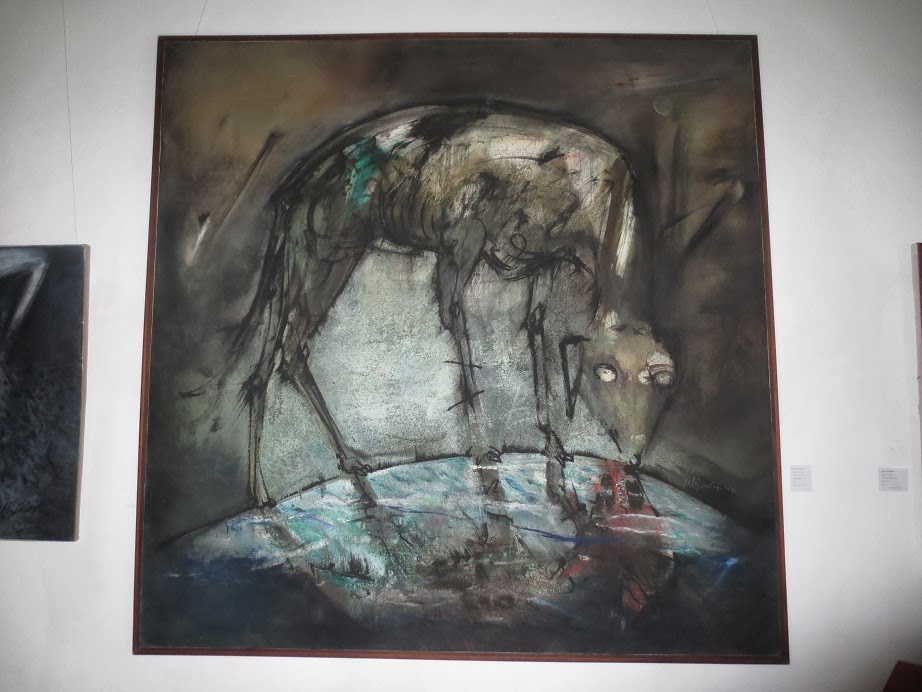 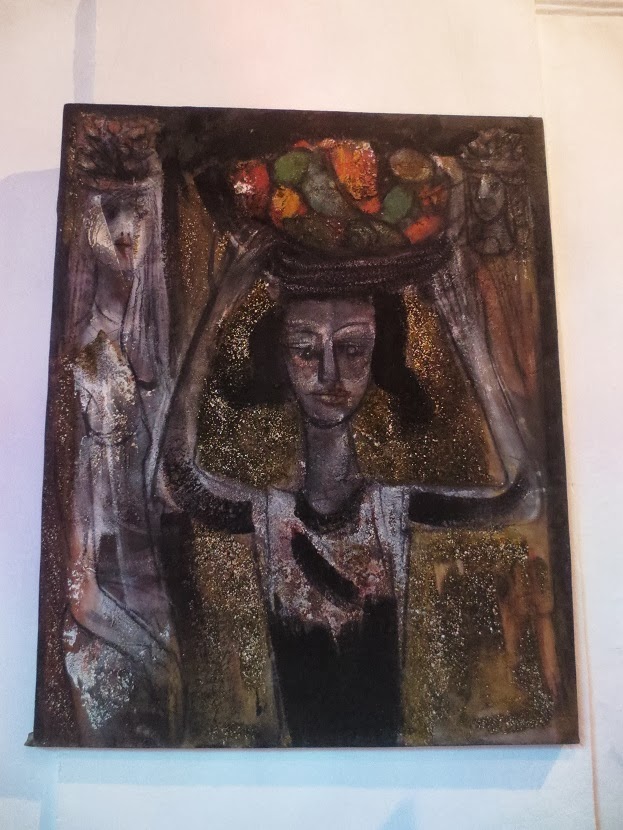 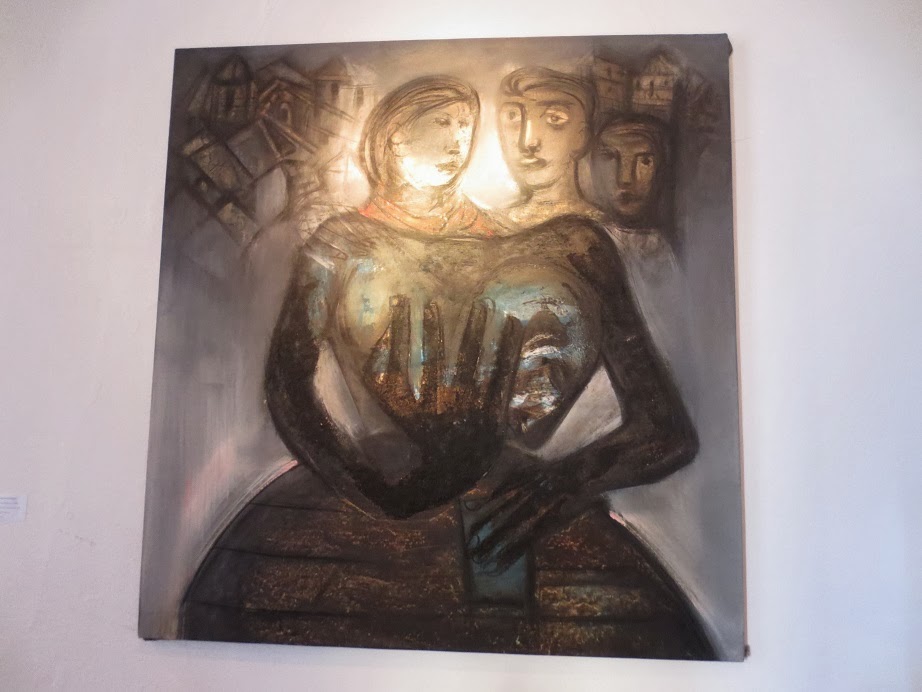 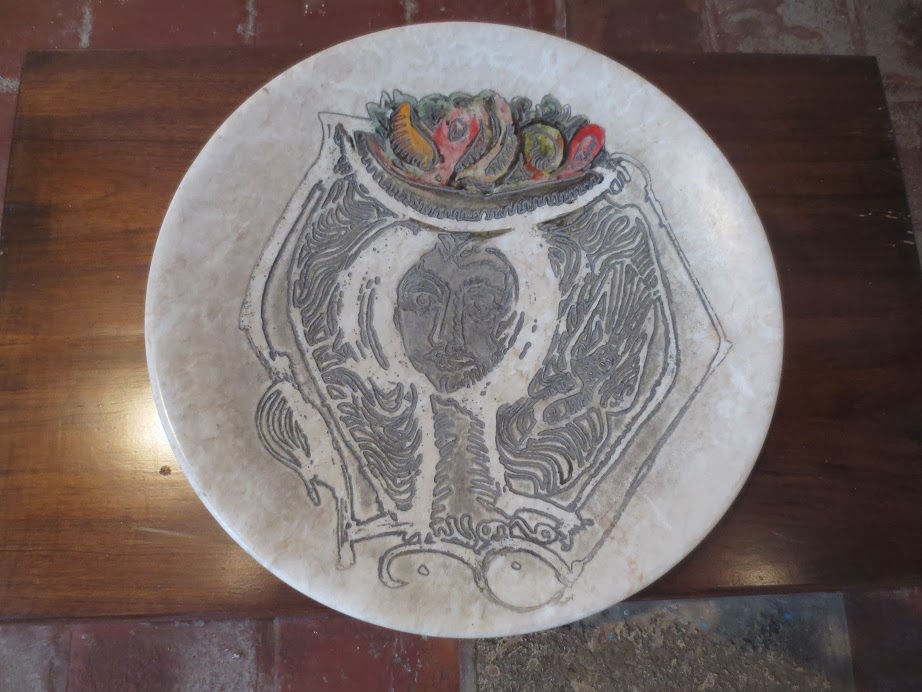 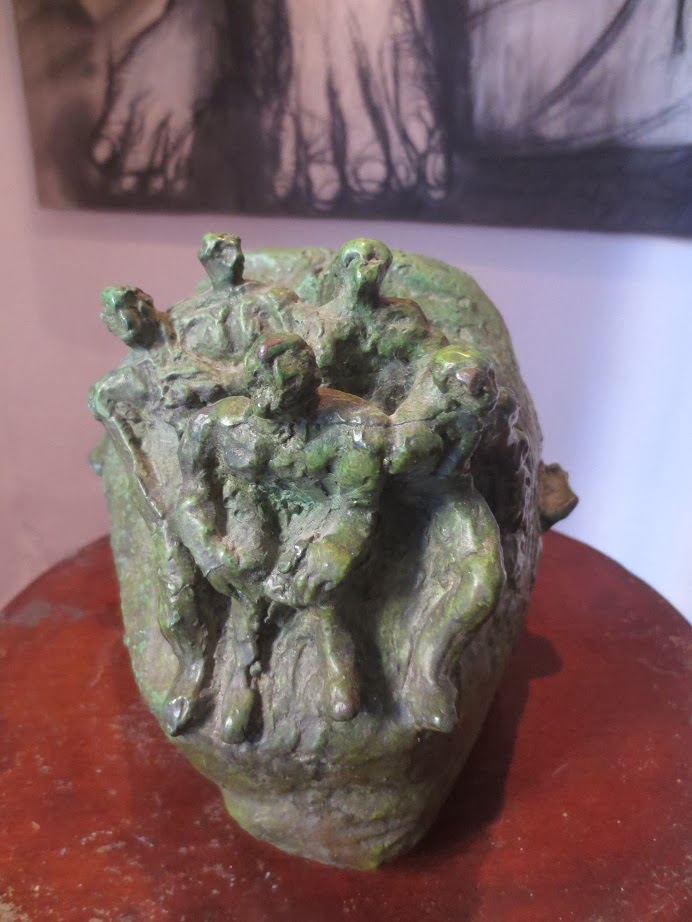