Juan Moreira is a true Habanero, born and raised in Havana (December 27, 1938), at age 11 he's hired by an Advertising Agency after having visited the place almost every day. Early on, as the boy, he was more of a gofer before being given the task of making templates. It's as a letter maker that he begins to learn about colours and spatial distribution that sends him off on a course to become a commercial painter at age 15. This was now the 1950's in Havana and things were totally different compared to today, the city was awash with advertising (not like today) in the form of street signs and billboards....that is how he begins his career, as a maker of placards for businesses in the big city. He eventually would enter la Escuela Superior de Artes y Oficios de La Habana in 1958 and the Academia San Alejandro by 1962, honing in on his skills as an artist. By 1963 he completes his studies at the San Alejandro school and begins his career as a professional perfecting his craft. He also studied printmaking at the Taller Experimental de Gráfica near the Plaza de La Catedral. By 1968, after being involved in several projects that earn him the attention of his peers, he begins his stint as a professor at the San Alejandro school. In 1973 he's given the immense task of illustrating the famous book 'Don Quijote de la Mancha' for it's reissue in Cuba. He quits teaching in 1984 so he can dedicate all his time to painting and it's during this time that he produces some great works. Since 1962 he has participated in many personal and collective exhibitions, having his works placed in the National museum of fine Arts of Havana, Royal Ontario Museum in Canada, the National Gallery of Jamaica, and the Schloss Museum of Germany, as well as private collections in galleries and homes around the world including the United States. He is a member of the Unión Nacional de Escritores y Artistas de Cuba (UNEAC), and the Asociación Internacional de Artes Plásticos (AIAP).
He has changed painting styles several times through the years and has involved himself with social and political issues, especially as of recently. Not long ago he published a book of poetry with illustrations. It's safe to say that he is one of the more popular and important artists of his time in Cuba. I have seen his paintings displayed on walls in Havana over the last decade, below, I've posted those along with a couple of other things he's done through the years. 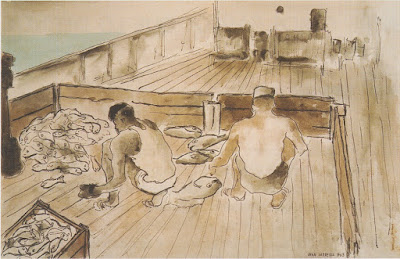 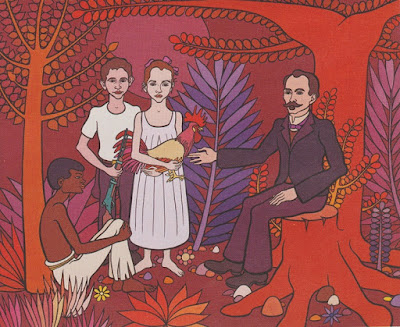 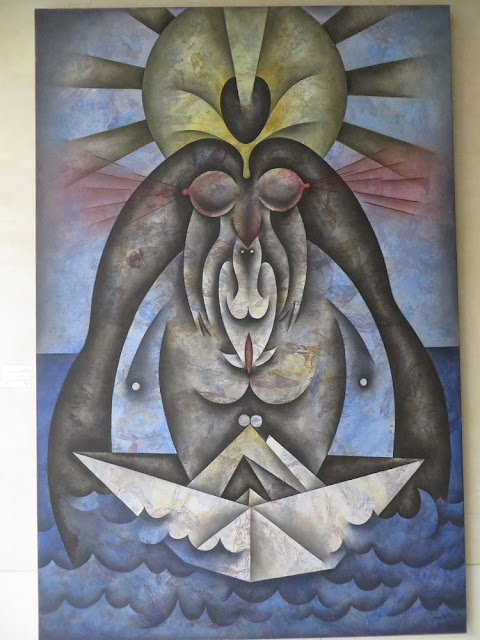 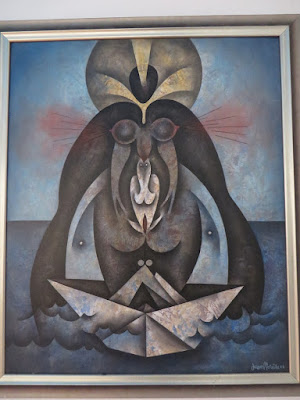 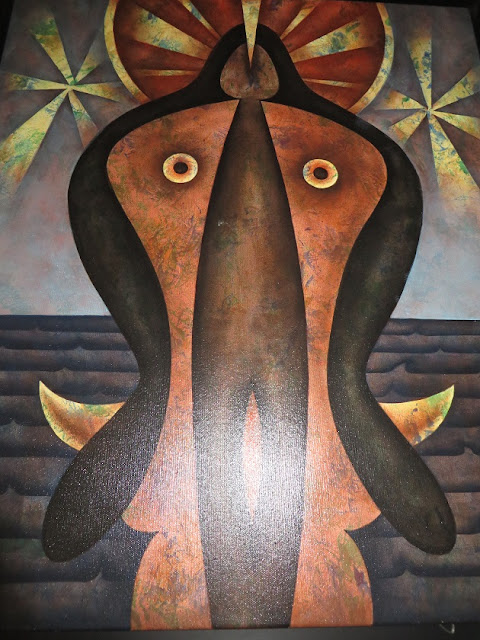 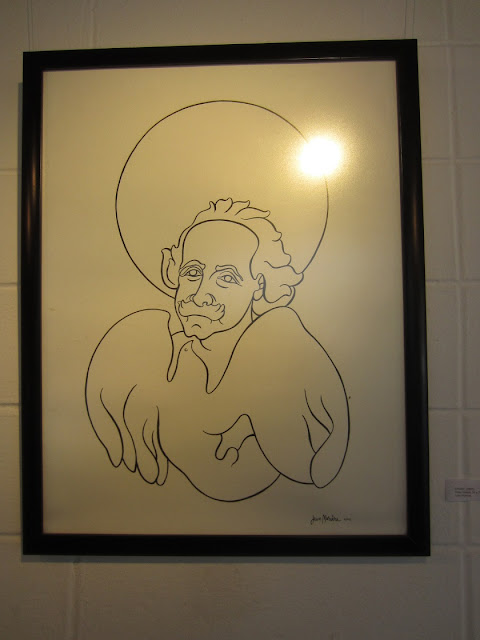 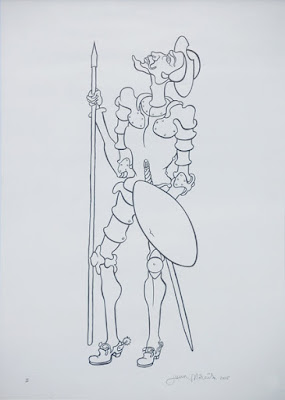 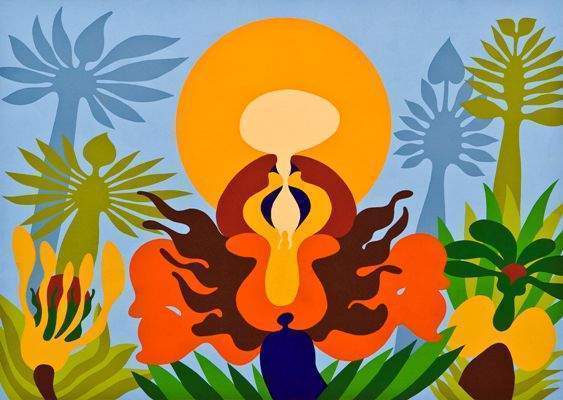 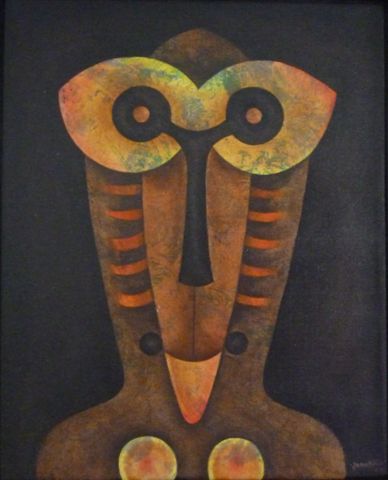 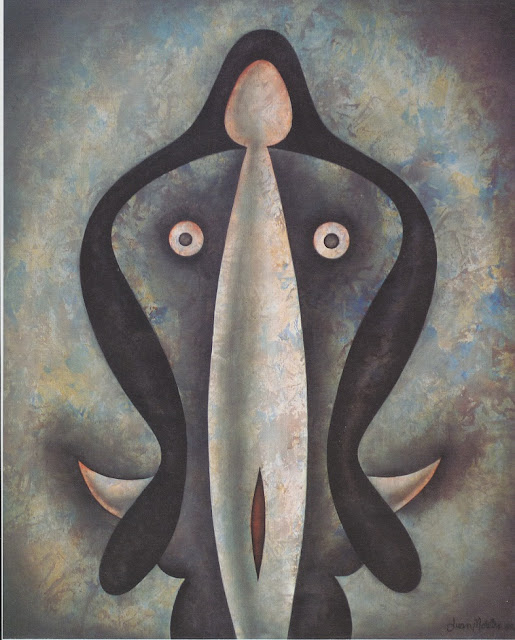 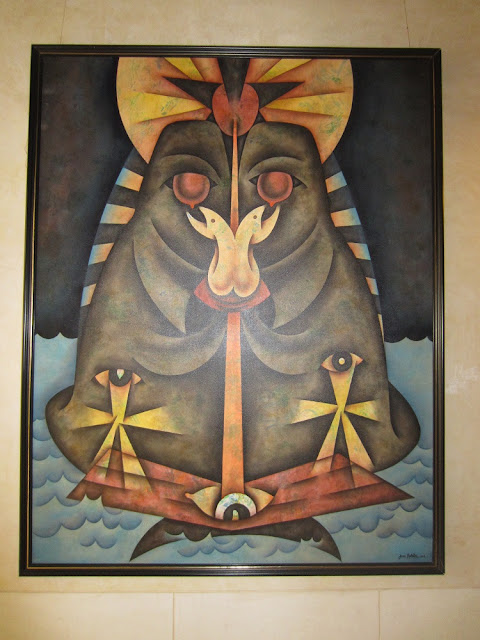 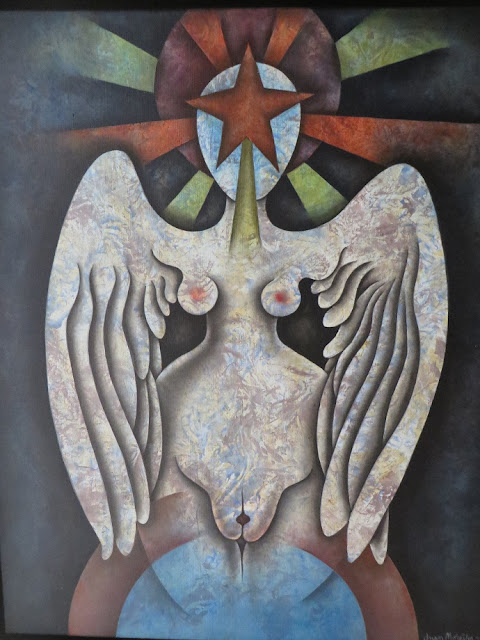 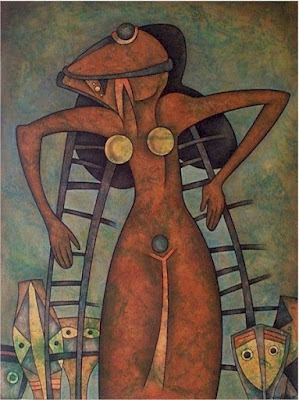