Looking at the state of the railroad system today you would never imagine that Cuba has had a rich history in this mode of transportation but it was one of the first countries in the world to get the train, even before Spain. Cuba's place in history when it comes to Railroads should not be judged by it's less than perfect condition today. The Train arrived in Cuba in 1837, it was the 7th country to have obtained it (1825- England, 1828- United States, 1832- France, 1835- Germany, 1835- Belgium & 1837- Russia) & 11 years before Spain which didn't have it until 1848. Of course the train came to Cuba, as it did for most other places, because it served the interests of some kind of business, in Cuba's case, the Sugar industry. At that time, Cuba was one of the leading producers of sugar. The train would resolve all transportation issues between fields, refineries and ports of embarkation. The original Central Railway Station used to be next to the Capitolio, right around where Parque de La Fraternidad is right now. The new one, or the one that's under renovation now, was built in 1912 to replace it. The Estación Central is considered a National Monument. There are very few trains than are running today and very few people travel that way, over the last 10 years or so ridership has gone down about 50%. Train travel is not what it used to be in Cuba, that's for sure, but it doesn't stop them from refurbishing old Locomotives and placing them in strategic spots around the city (country)....as you can see from the pictures. However, it has less than stellar reviews from people that have used the train as their mode of transportation. The two complaints that are prevalent....the schedule changes at will and the trains breakdown regularly, often stopping in the middle of nowhere.

PS...Be aware, the Havana Central (Estación Central de Ferrocarriles) is under major renovations, it has been closed for a while now and won't be re-opened until 2018 (is what they say). For now they're using the 'La Coubre' station close by.


Snippets:
Prior to the revolution there was a train ferry between Miami and Havana.
Havana had its first streetcar in operation on 3 February 1859.


Below is a site with all the information one might need to travel by train in Cuba:
http://www.seat61.com/Cuba.htm#.VrTQpPkrLIU 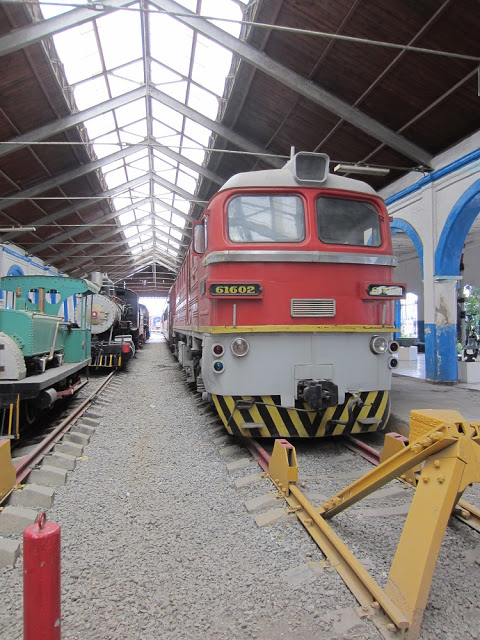 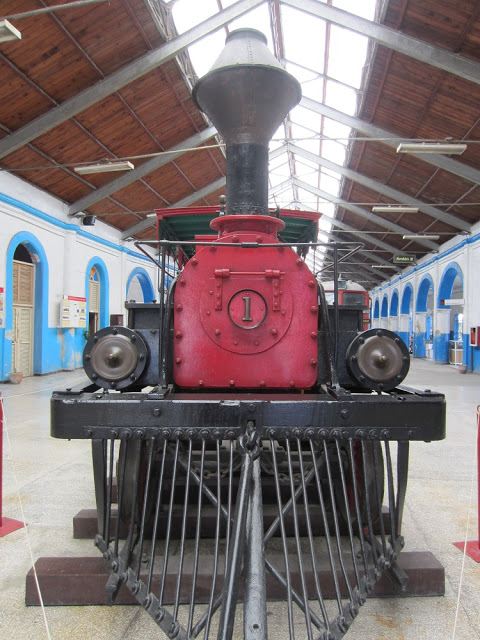 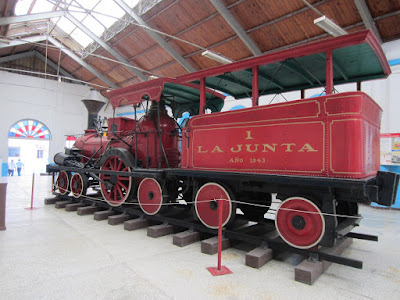 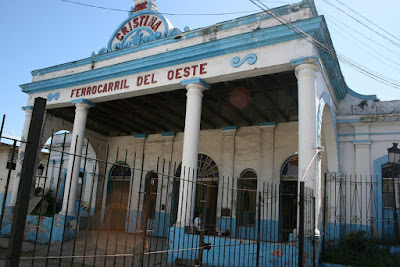 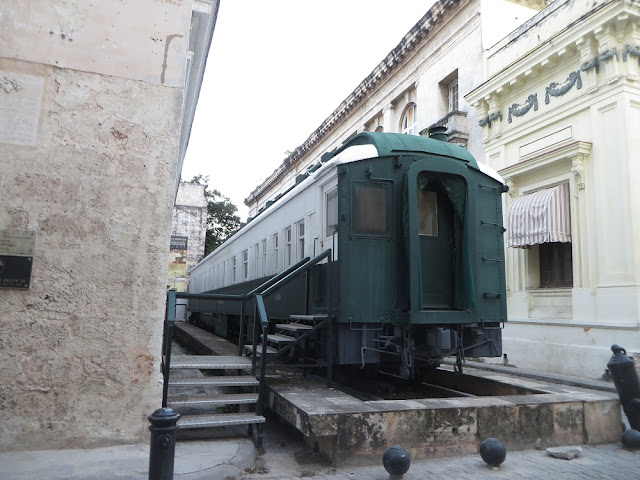 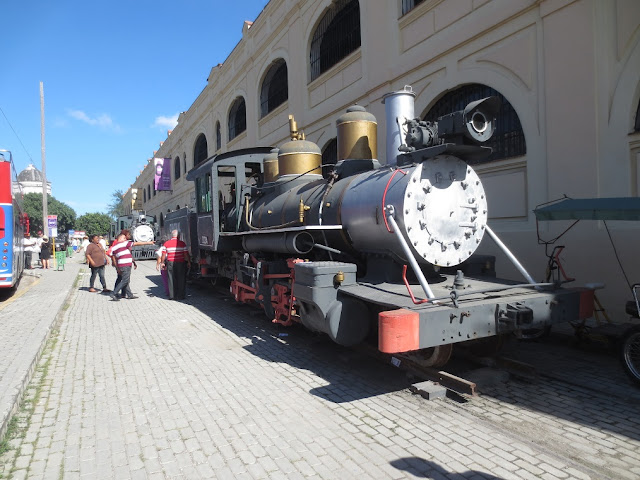 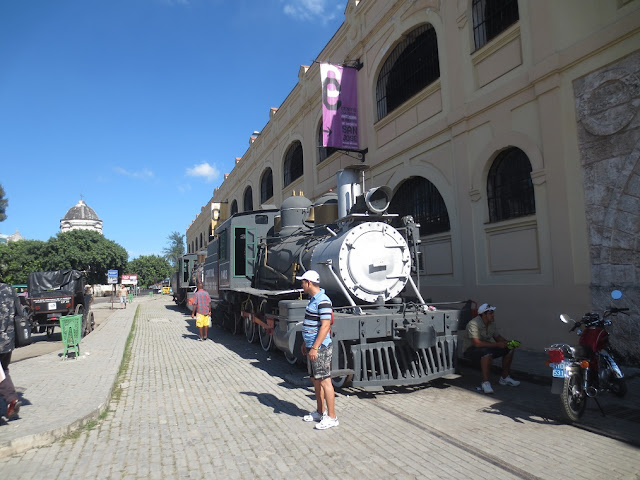 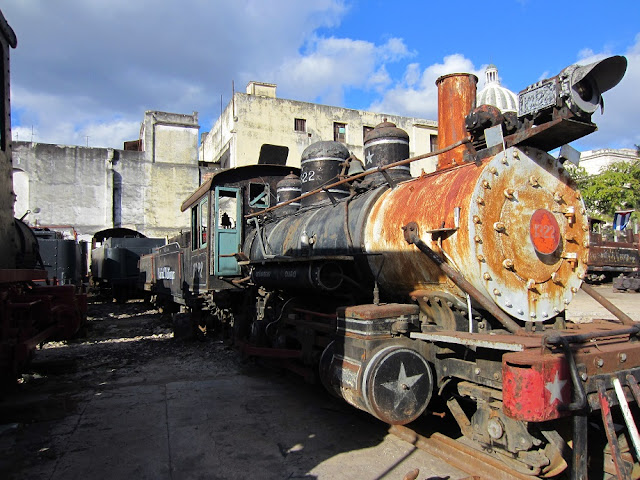 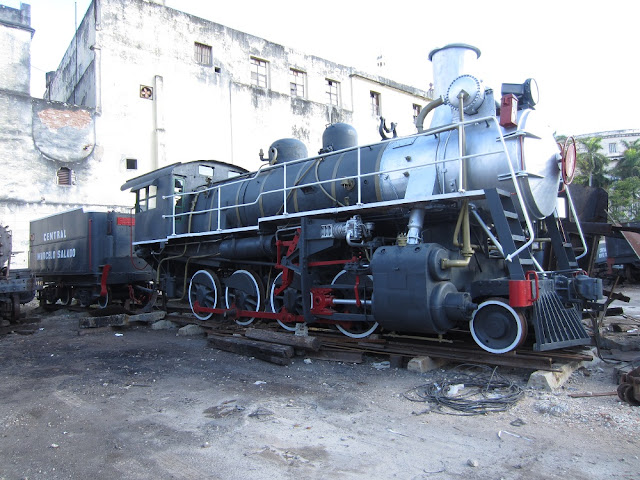 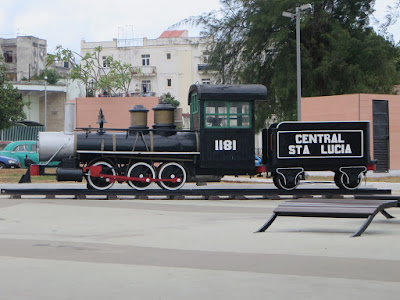 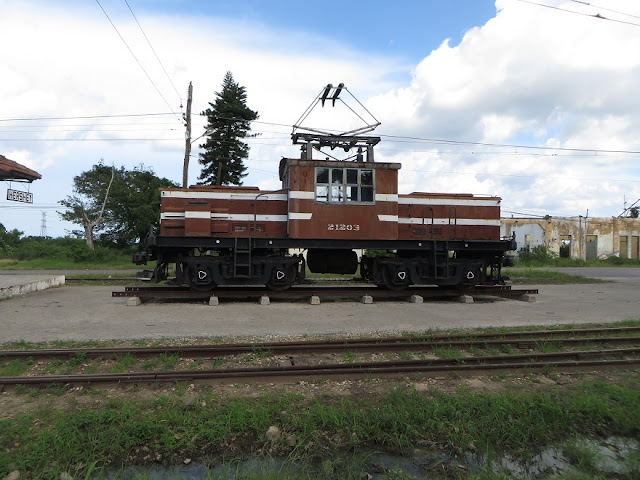 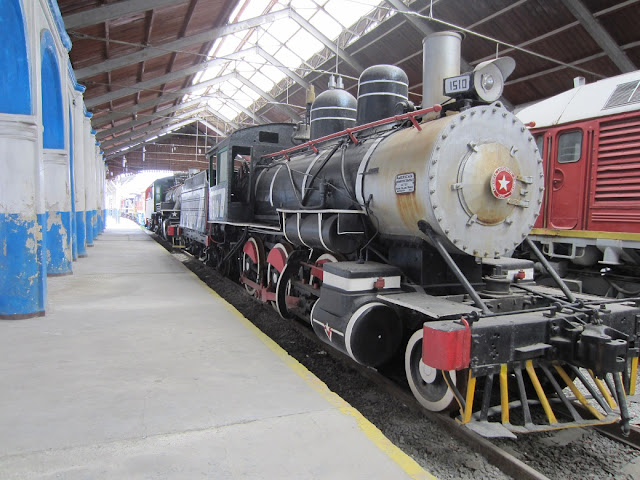 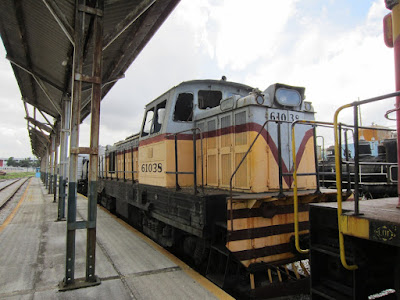 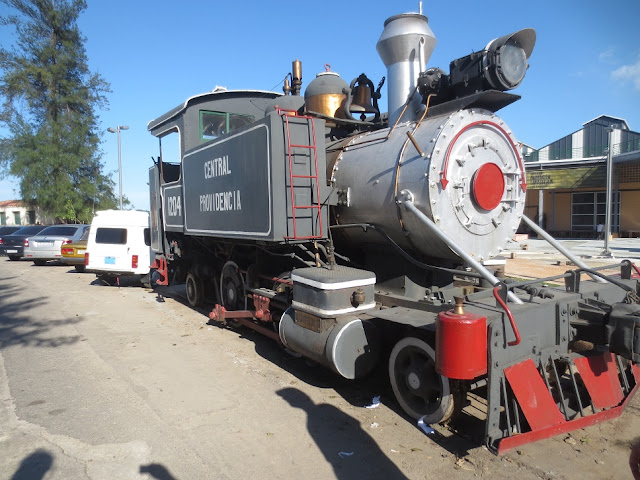 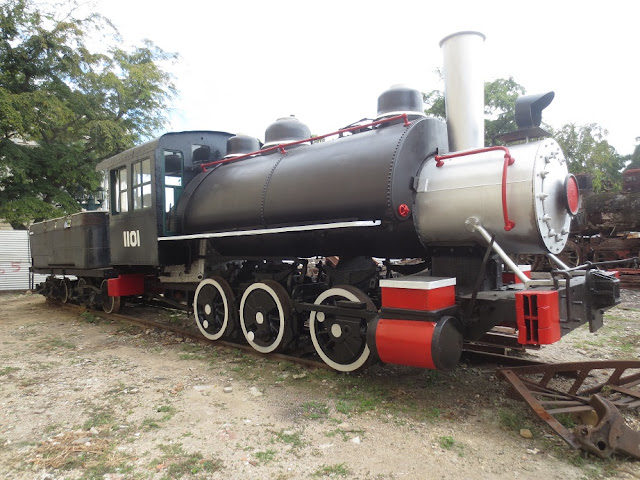 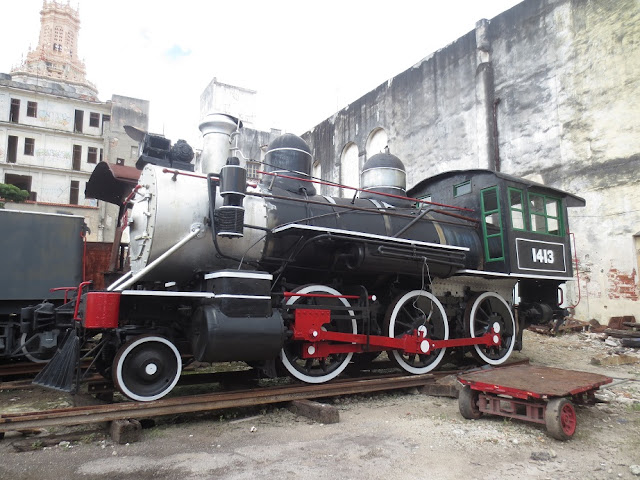 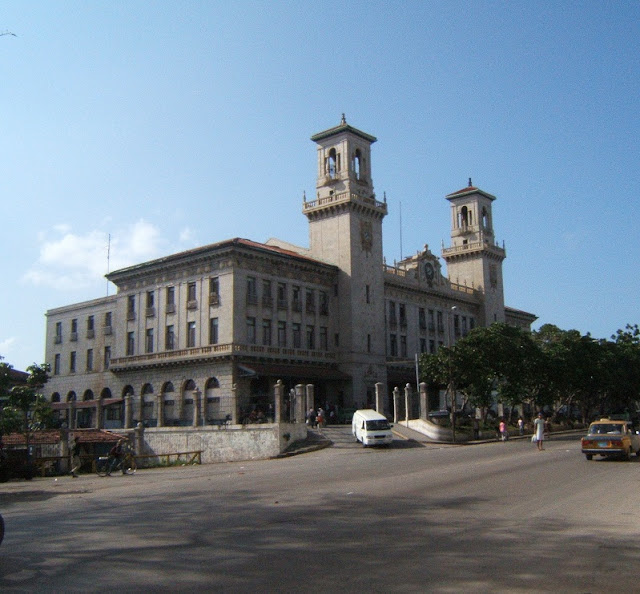 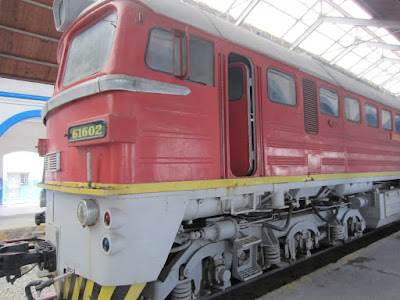 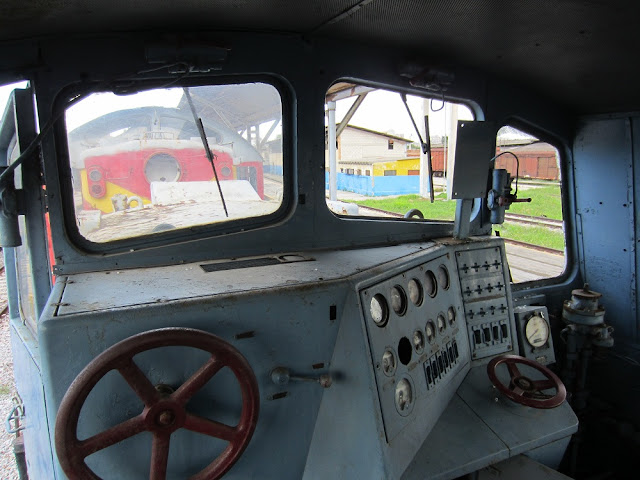 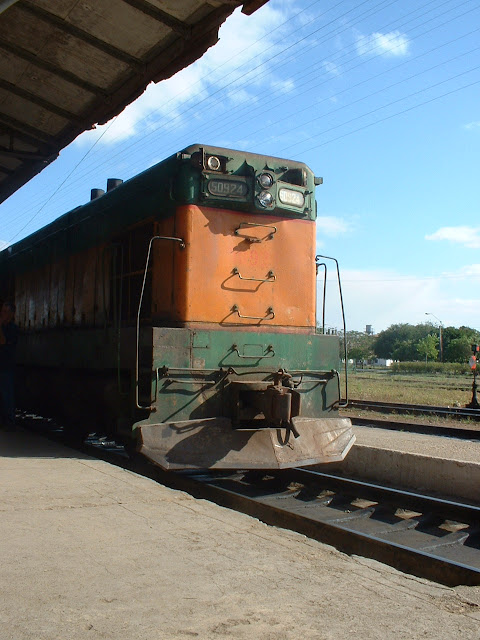 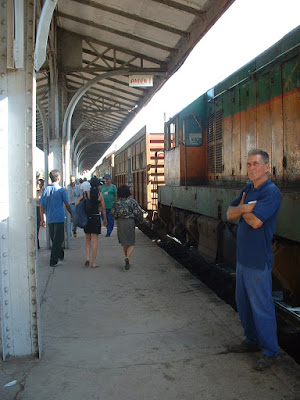 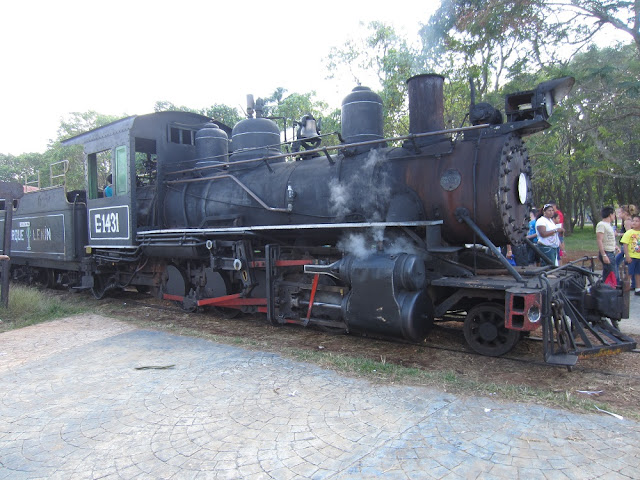 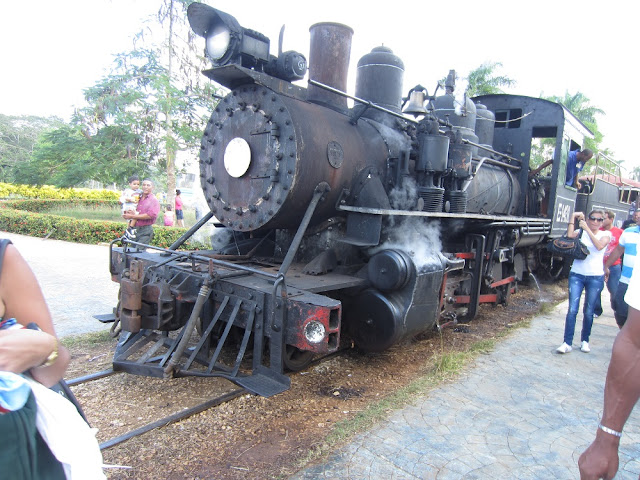 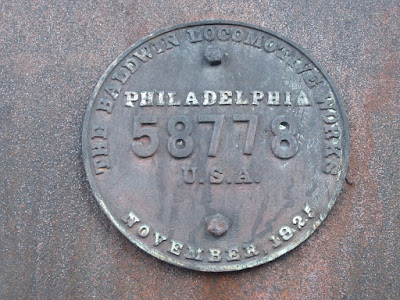 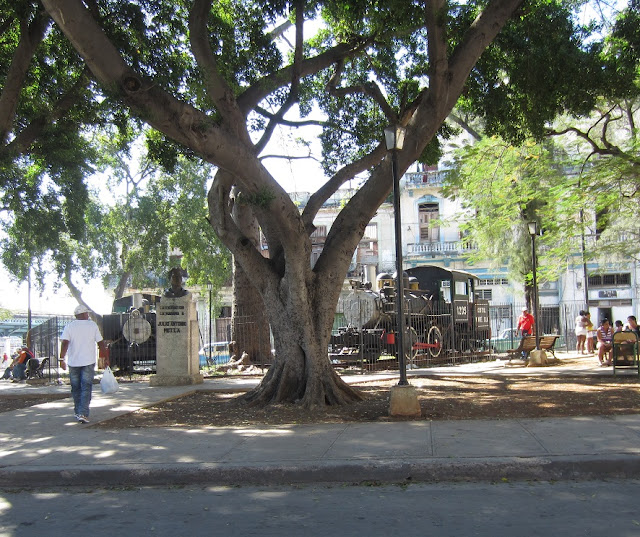