This restaurant has been on my list of places to visit for a very long time and I've been seeing it in Cuban Travel Guides since the time I've been referring to them. The reason being....this Paladar is one of the first ones that opened it's doors when Fidel allowed private businesses to start up during the Special Period in the 90's. The owners of La Esperanza opened their Paladar on July 22, 1995 and upon entering you can see that it's true to form of what a Paladar began as back in those days....that is to say that a Paladar is a Restaurant opened in one's home and back in the day it looked like you were eating in someones house (because it was). Today, in a lot of cases, you can't tell that you're in someone's apartment, it might look like you're in a restaurant in Manhattan. Many of the new paladares are financed with money from family living outside the country and some spectacular spaces have opened that have the look of a restaurant even though you're entering a residence. Here at La Esperanza it's set up to look like you're eating in someone's house, likely they've kept the decor as it was when they first opened so many years ago and as a first time visitor, I like it.
When you come here at night it's hard to find the place even if you know where you're going. The house is surrounded by shrubbery, poorly lit, you can barely make out the address or the signage without actually walking up to the door....we asked someone walking in the area if they knew where the place was. Upon entering you get an old vibe, early to mid last century, the house is full of memorabilia that was left by the previous owner of the house, Mrs. Esperanza, and now you know where the name of the restaurant comes from. The main dining area is adorned with the previous owner's china collection, knickknacks and framed photographs from a time when Cuba was prosperous. There are 6 tables in total, 4 inside and 2 on the patio out back (24 seats), a reservation is strongly recommended. There was a time when they didn't have a menu and the waiter-owner recited the offerings of the day verbally. Today the menu is a simple 2 pages, one for apps and the other for main courses. The food is produced in the house's original kitchen, albeit with a few modifications....you can see the chef-owner working away through the pass from the main dining room. Pollo luna de miel is the dish that's been on the menu forever and talked about in many publications that have written about this place but I personally opted for the Lamb Stew, starting with the Octopus Carpaccio. My wife started with the Pumpkin Puree followed by the Seasonal Fish Filet. I didn't find it to be expensive as some said, both of us enjoyed our dinners (but the food wasn't spectacular) and the service was excellent....professional. The main courses are served with vegetables and rice & beans come with the meal as well. It's a nice spot to spend a quiet evening, it's cozy and romantic with a mature clientele many of which I could hear were from the United States. There was a lot of interaction between the owner and several of the customers, giving me the impression they get a lot of return business. I wouldn't be opposed to coming back here but there would be a lot of restaurants I would try before doing that. 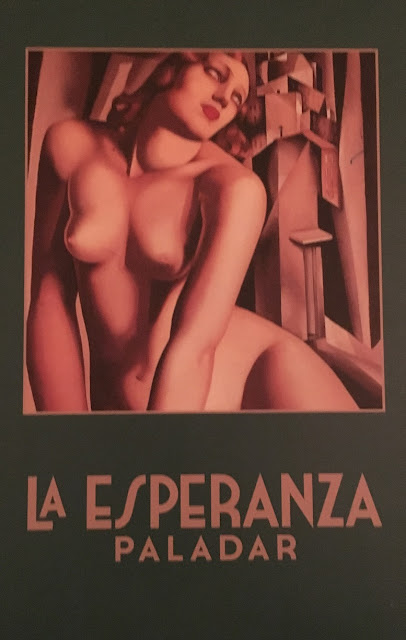 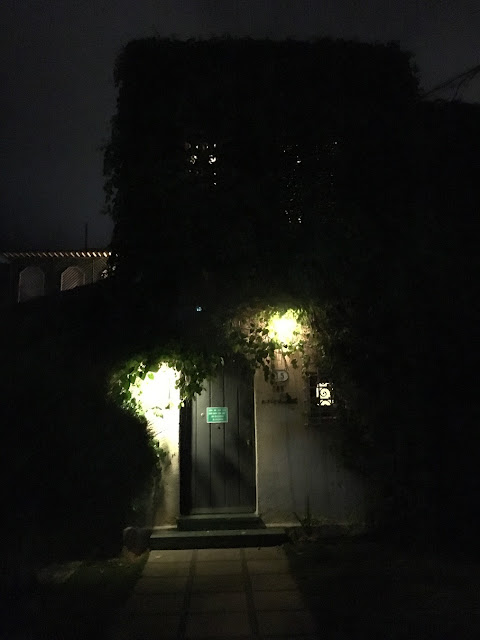 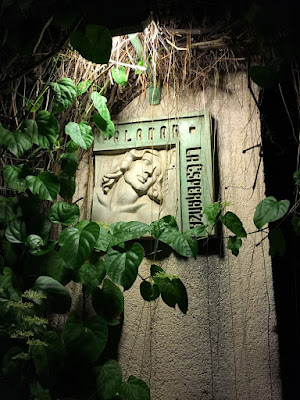 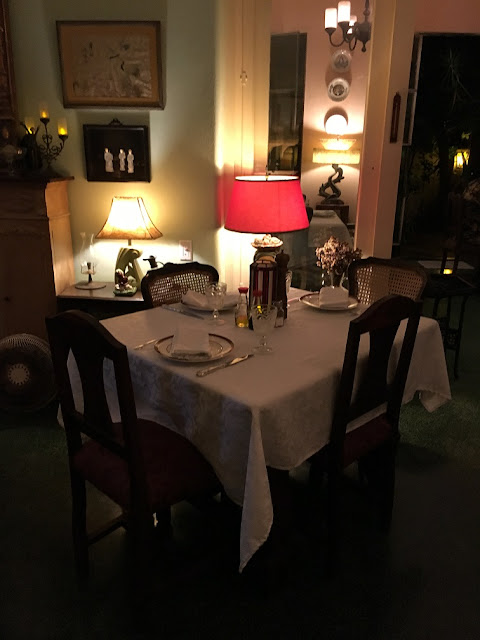 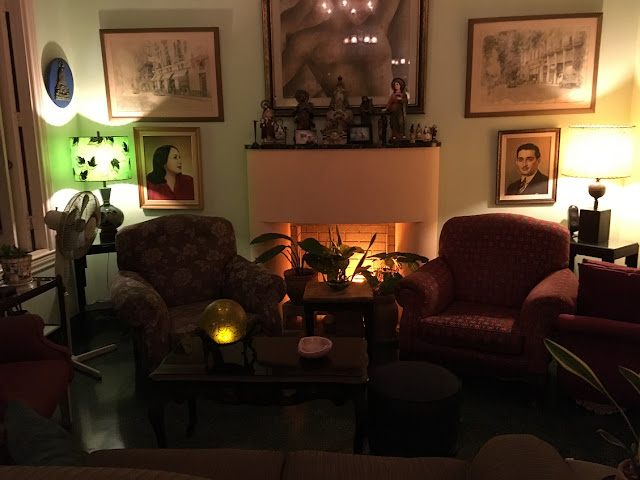 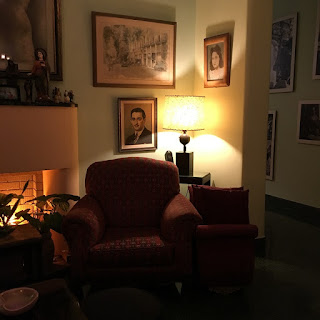 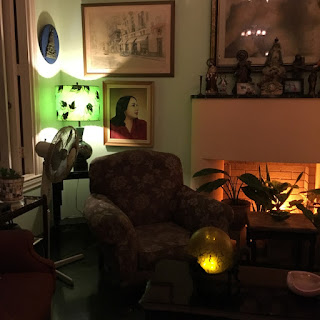 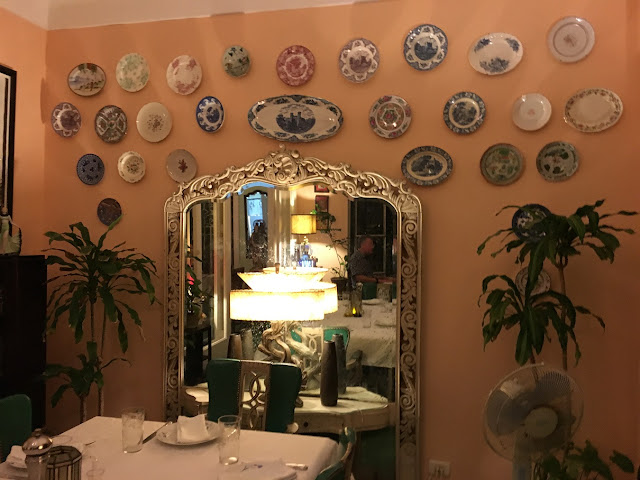 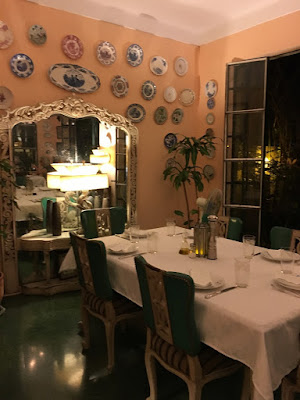 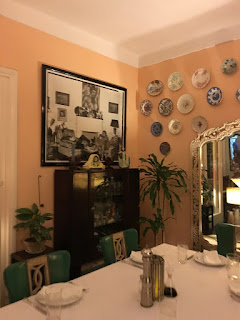 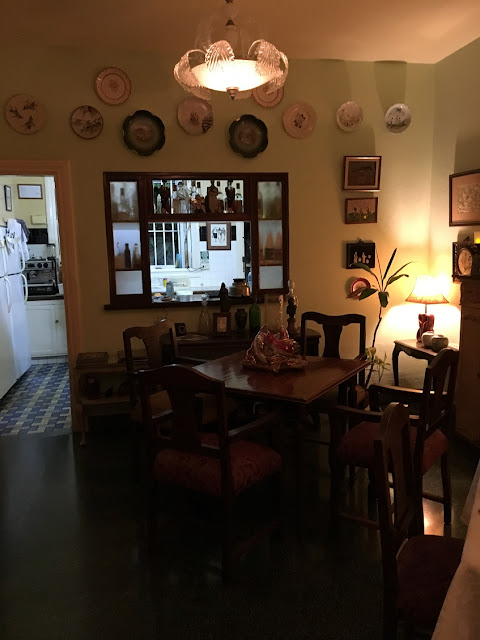 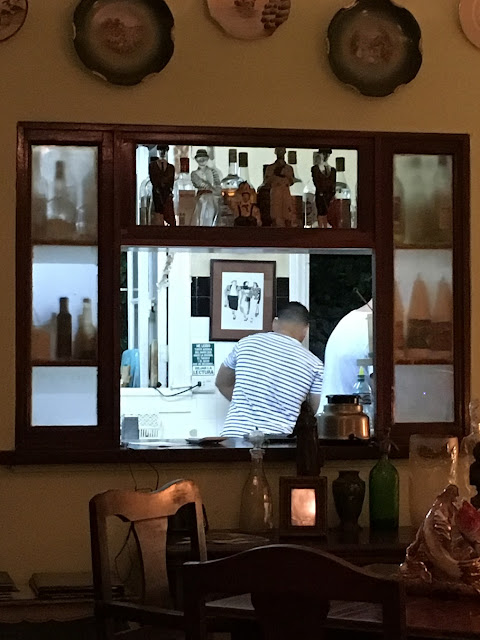 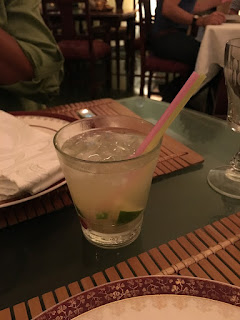 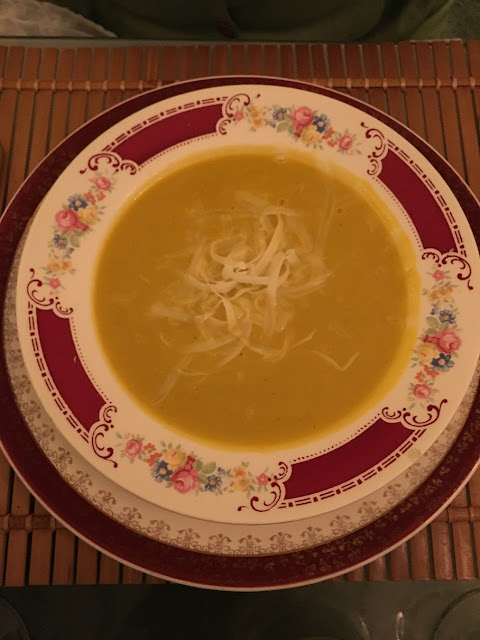 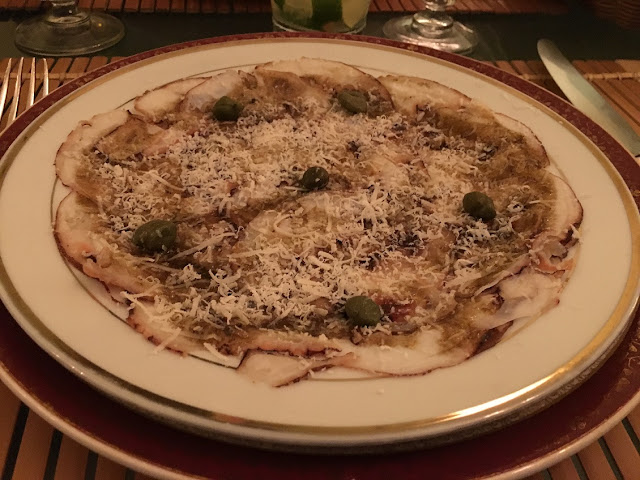 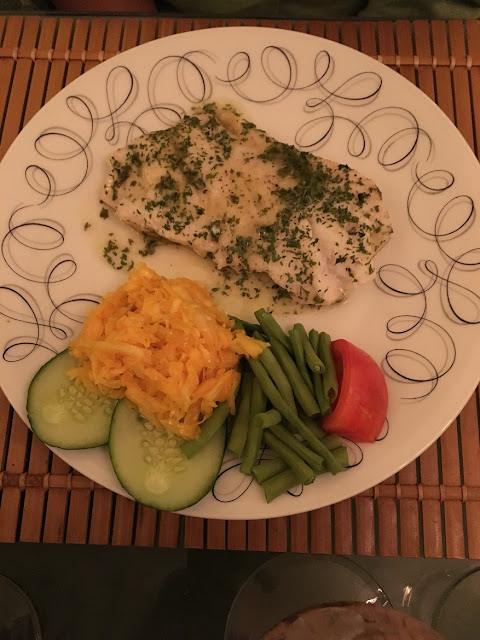 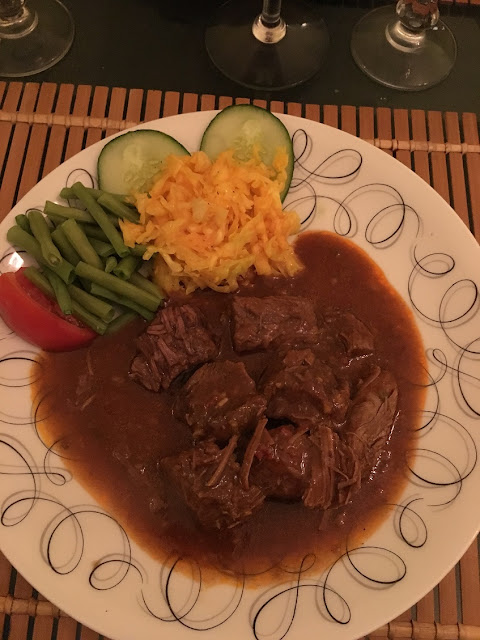 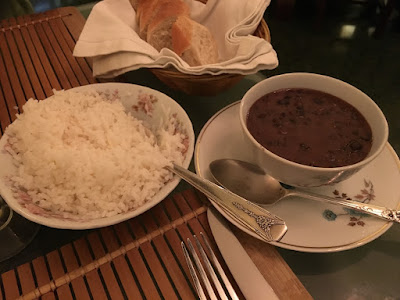 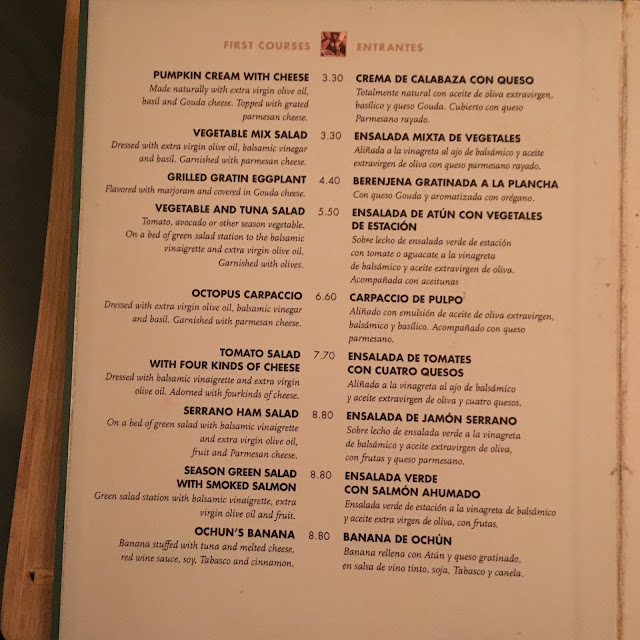 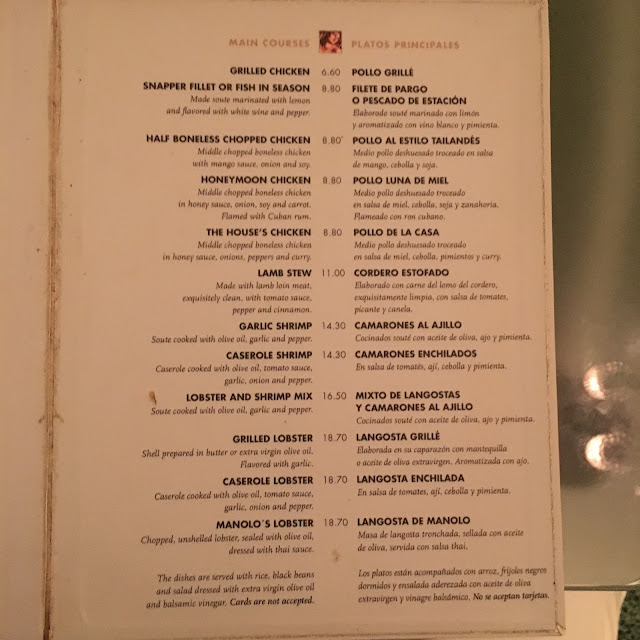 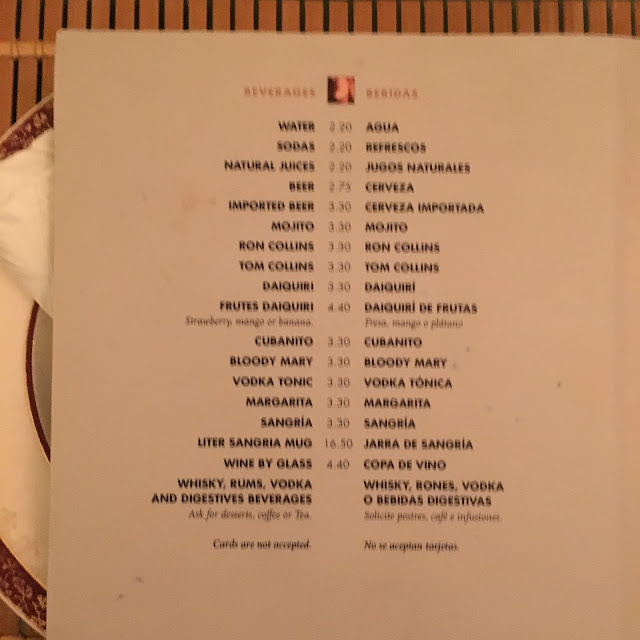 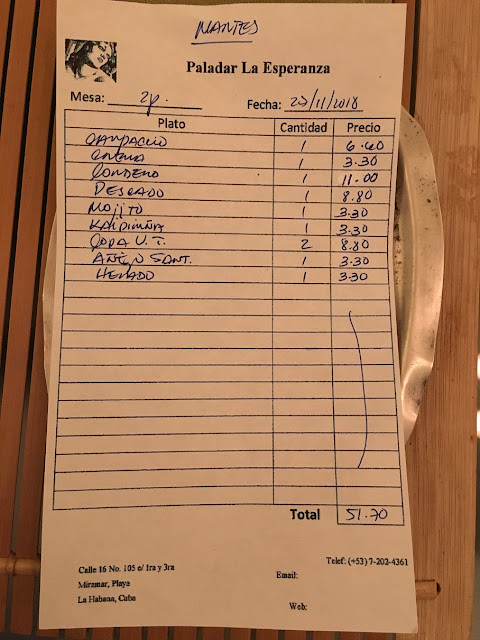 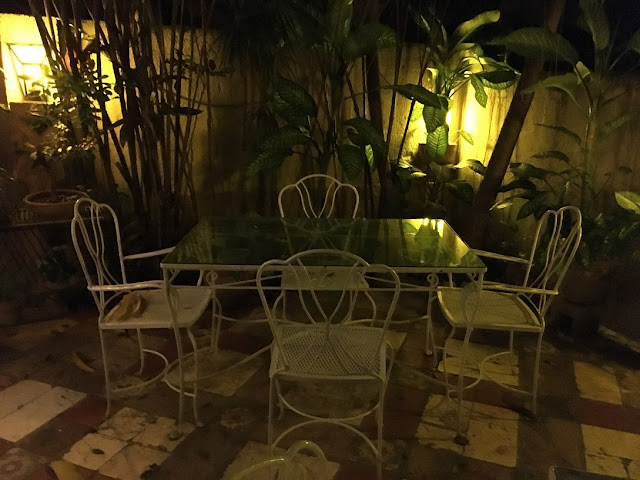 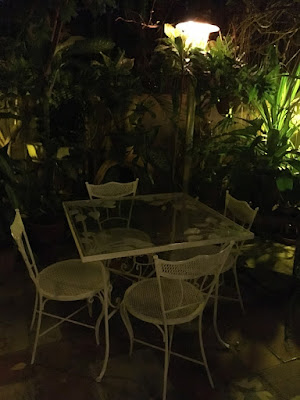 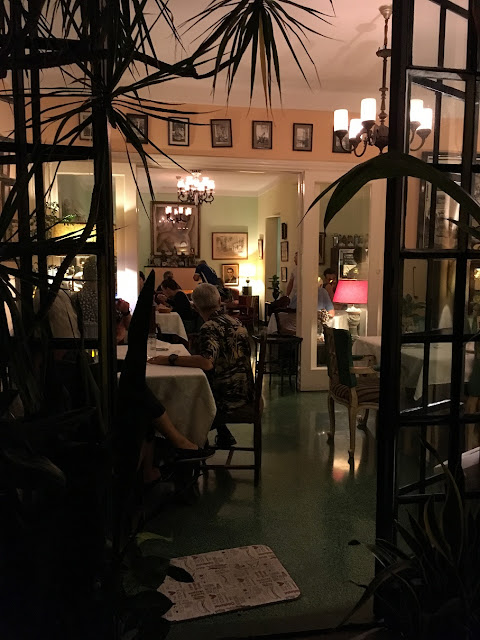 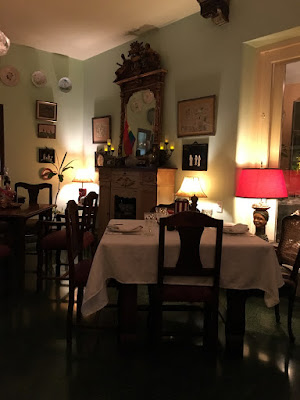