I found a bunch of these cigars in my humidor in Cuba, I had forgotten I had them. I decided to try one to see what they were about....after someone telling me they weren't that great.
The one I tried this day was hard to the touch with some soft spots. It was darkish and bumpy in appearance with a couple of visible veins and a rounded cap. It's rough construction made it look a bit unattractive, the wrapper wasn't very pretty.
The pre-light gave me coffee and cedar while the first puffs gave me hints of floral, moving to earthy shortly afterwards. The burn was off right from the beginning and kept that way all the way through....it showed me that the roll was uneven. The draw was full but not too loose and it was medium to full body in strength. At the 3/4" mark the burn is way off to the point that I touch it up. The flavours went to a chocolate earthiness with the floral notes dissipating. I kept touching up this cigar or it would have burned completely on one side only. Past the one inch mark it goes back to a one-dimensional earthiness and continued that way until the end....very boring.
The person who told me this wasn't any good was correct. I still have several remaining and probably won't touch them for a few years. However, I wouldn't bet on them getting any better. I won't buy any more if I'm given the opportunity and don't recommend these to any of my readers. Save your money. 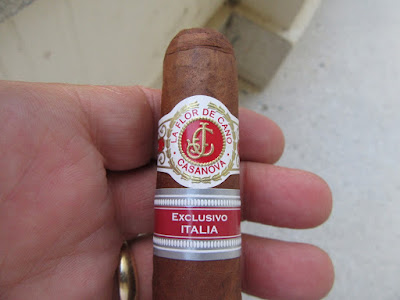 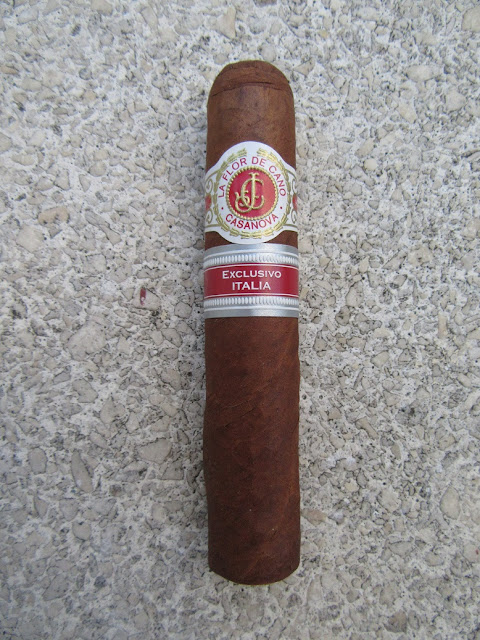 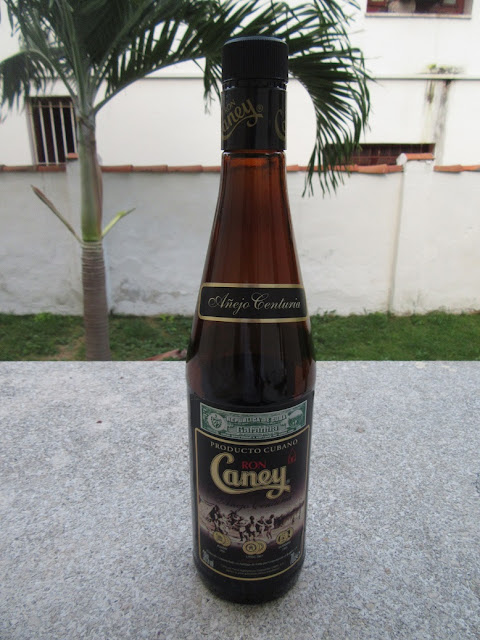 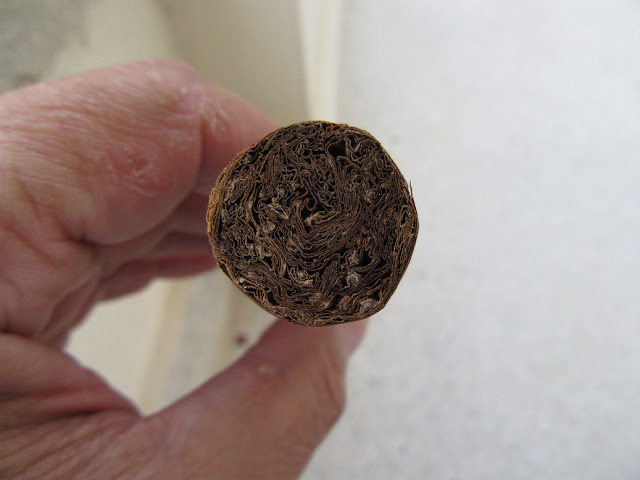 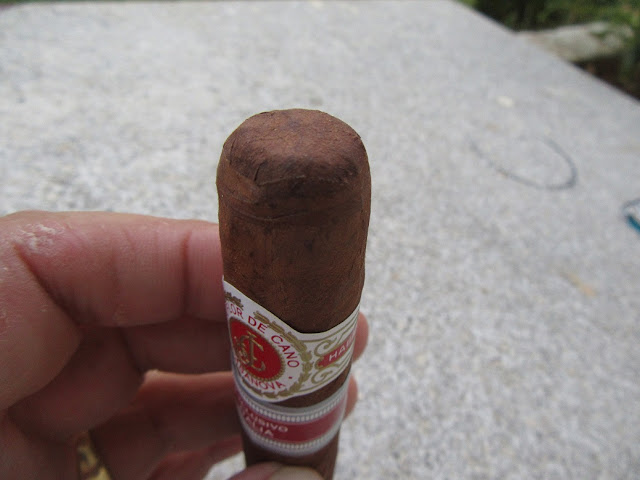 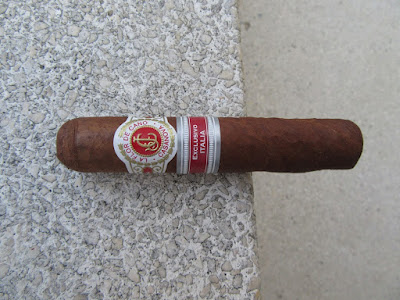 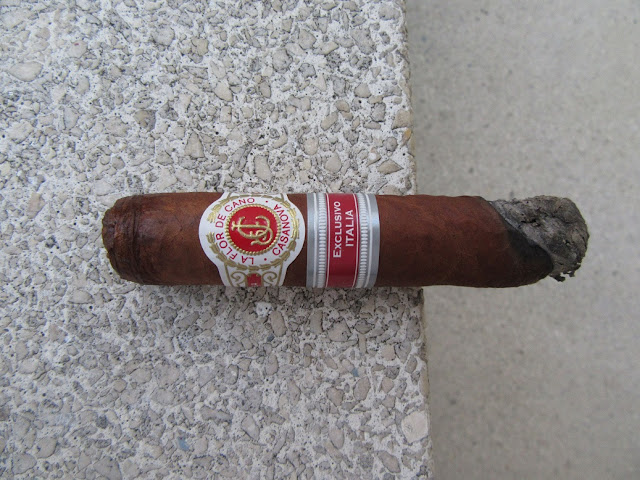 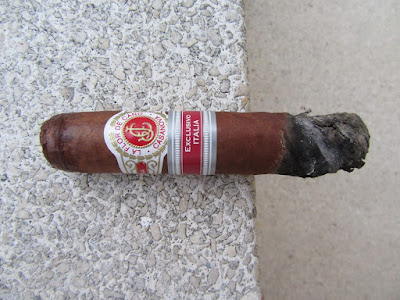 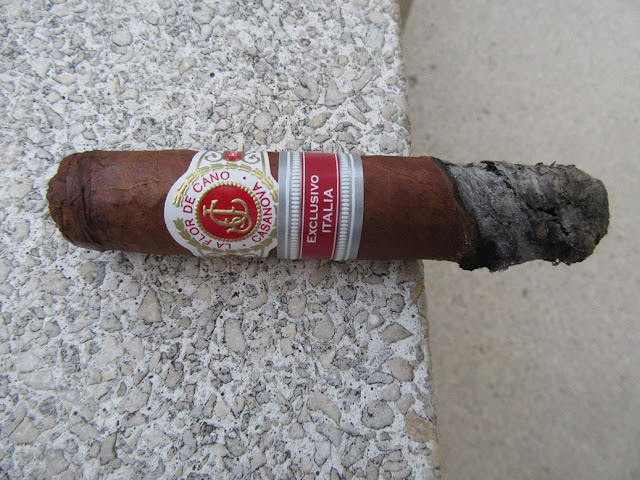 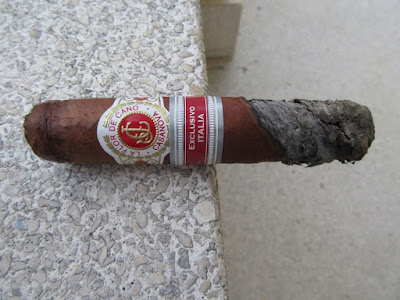 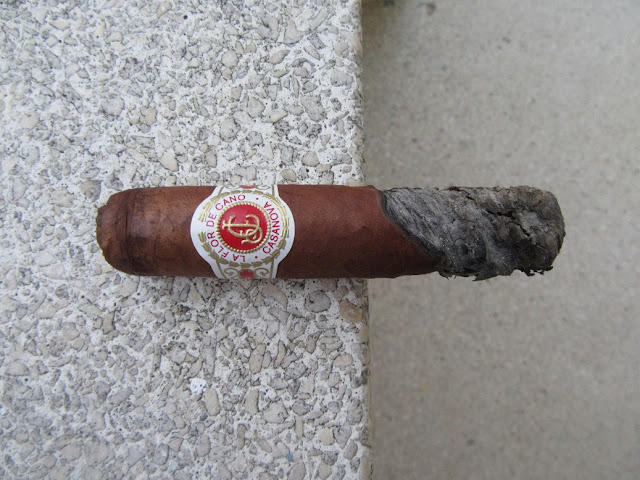 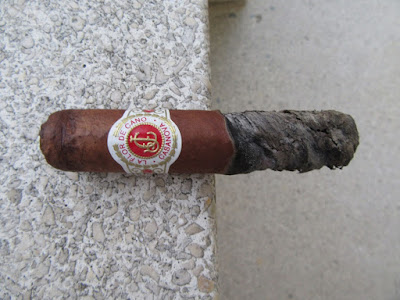 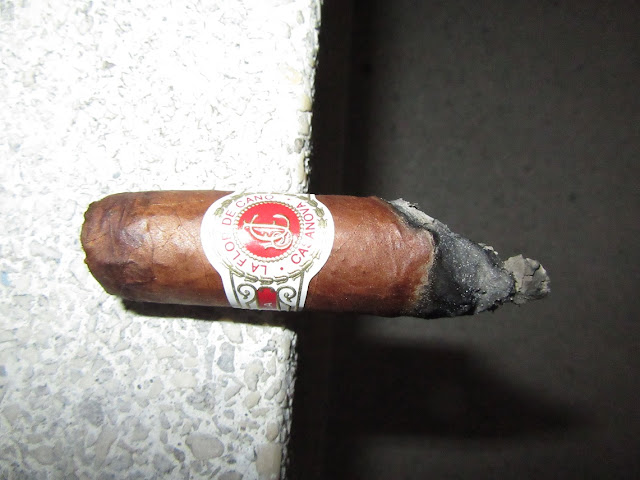 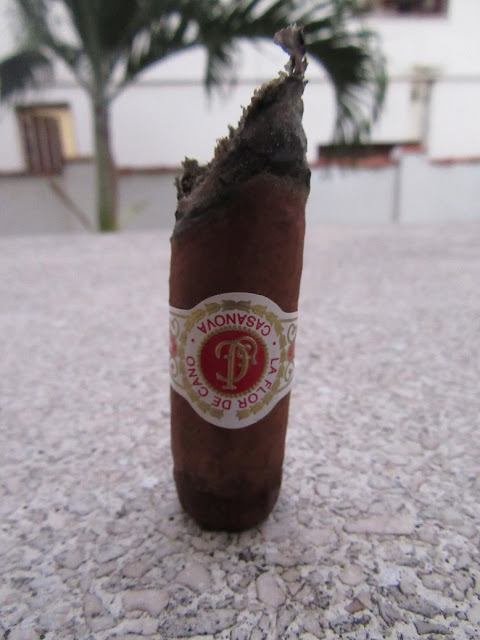 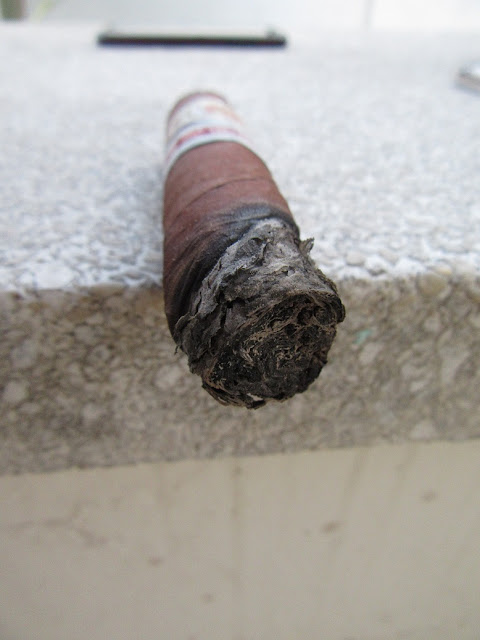 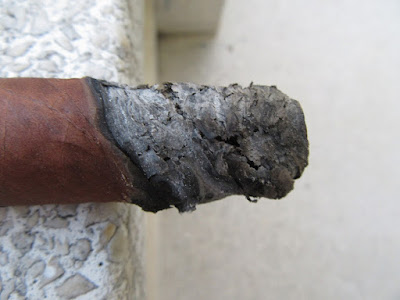 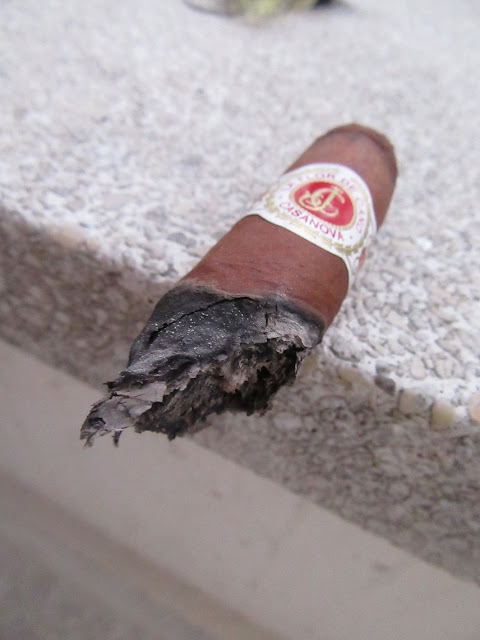 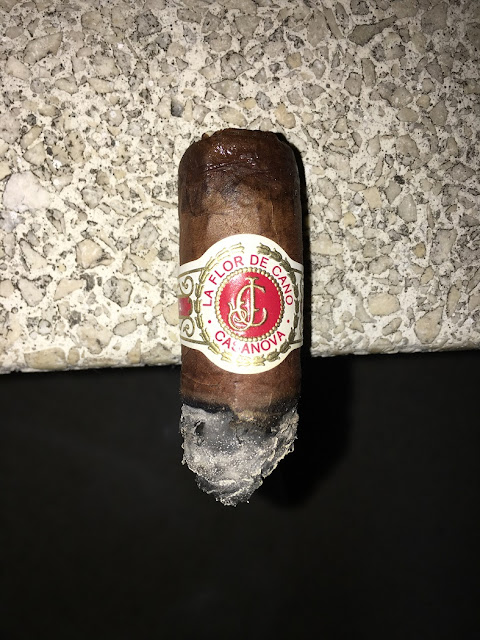