Clandestina (Havana) A Clothing Store but Much More

I've been reading about this place for years now, since around the time it opened in 2015. Then, right after Obama visited their store in 2016, their popularity exploded. The mastermind behind this project, in spite of her youth, is Idania del Rio. At the age of 23 she graduated from the Higher Institute of Industrial Design (ISDI) of Havana in 2004, specializing in Graphic Design and Visual Communication....after which she expanded her knowledge by enrolling in; a design workshop in the Cultural Center of Spain in 2003, an art direction course at the International Film and TV School (EICTV) of San Antonio de los Baños in 2009 & the Nueva Fieras painting workshop at the San Alejandro Academy in 2012 all of which helped her to be where she is today. She's also done a great job promoting her shop globally having been to trade events in the United States and France where she's been able to make people aware of what she was doing in Cuba.
Basically, from the beginning, Clandestina's idea was to make its own T-shirts, bags and accessories out of refurbished materials, 99% of it Cuban (hence it's saying "99% Cuban Design"). They wanted to and are using what everyone else throws out, they are, in other words, producing something that's eco-friendly. They've even come up with a word to use for their line of products...."Vintrashe". They claim that they're not recycling but that they're upcycling. Their products aren't for everyone, it's not a familiar process and most aren't into recycled clothing...they're not understanding the relevance of their work. The final price of each item is an individual thing, it depends on the initial cost of the product to them and afterwards the amount of time put into transforming that product into something someone would want to wear or use. Although their products are pricey for the average Cuban, sales in this market are on the rise as Clandestina offers discounts to return customers. They even have an online shop where they claim to be able to ship orders to your country....but I don't have details on the cost of this service or how long it would take to get to you.  https://clandestina.co/  Check it out for yourself. The store is just a few meters from the Plaza de Cristo. 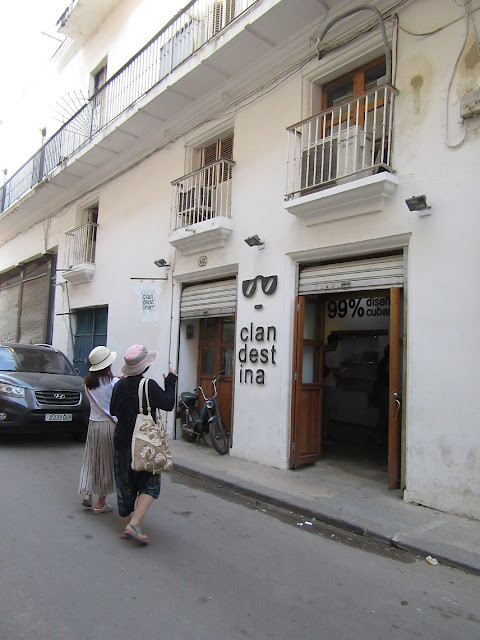 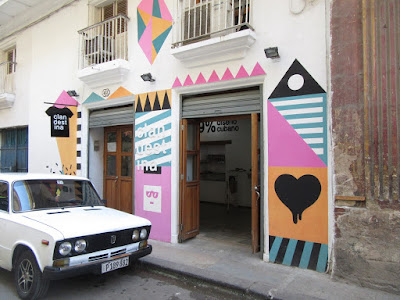 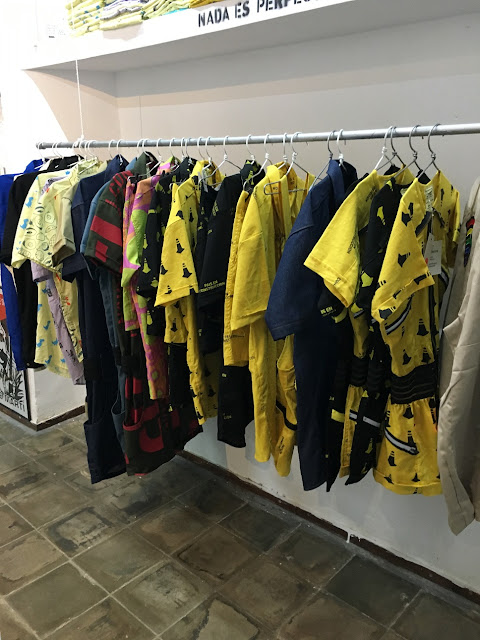 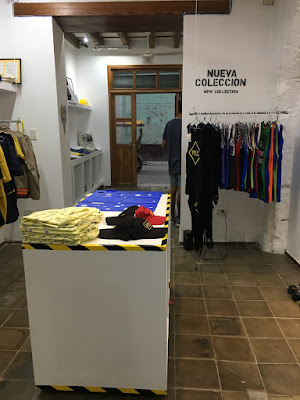 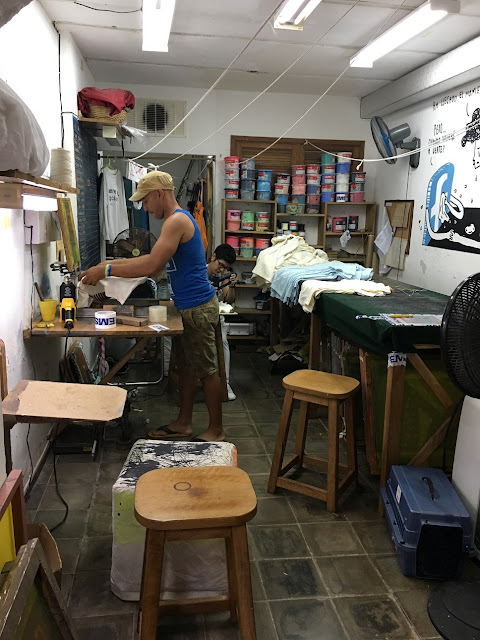 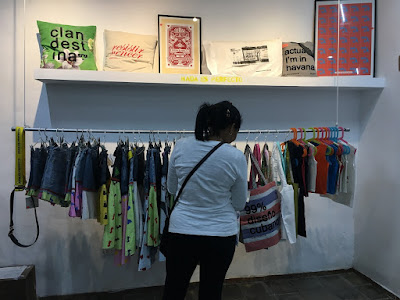 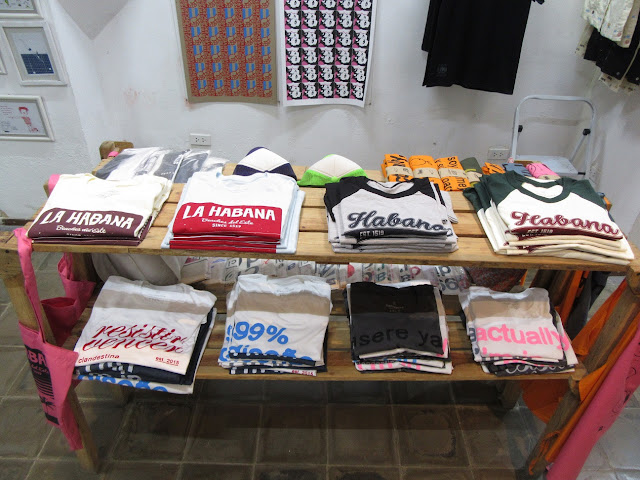 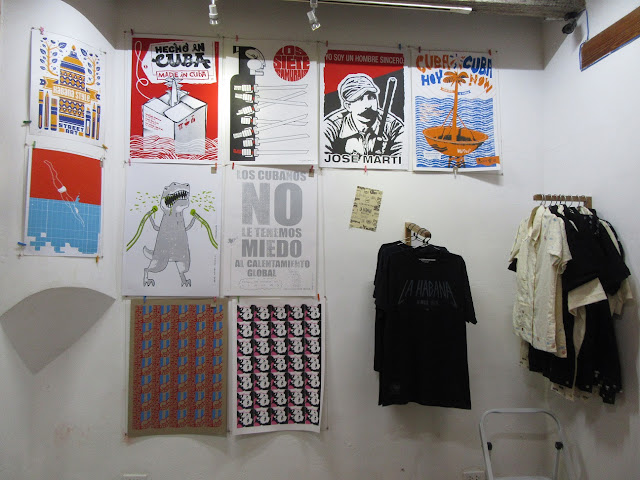 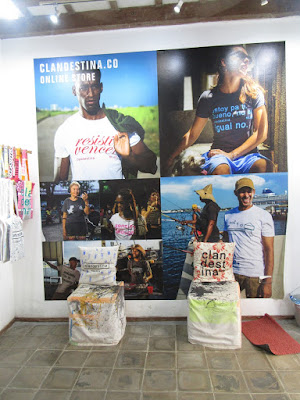 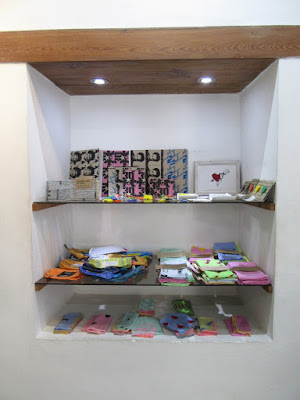 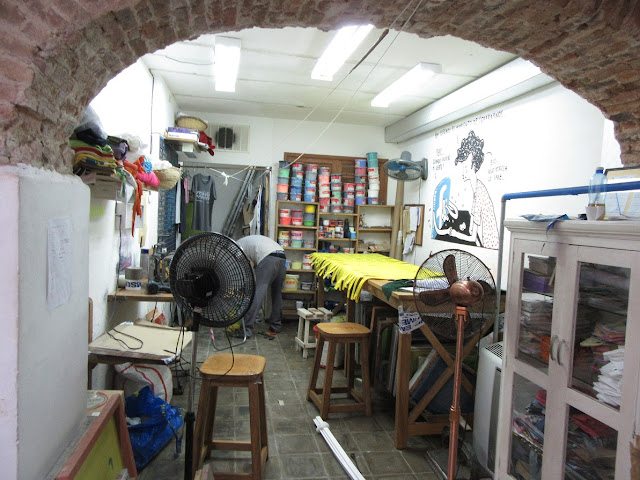 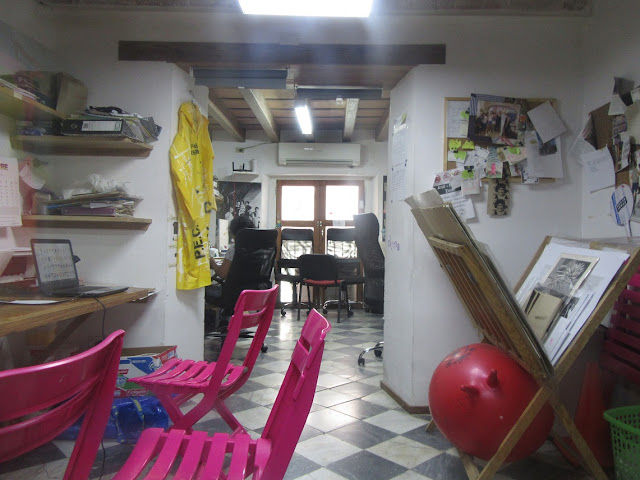 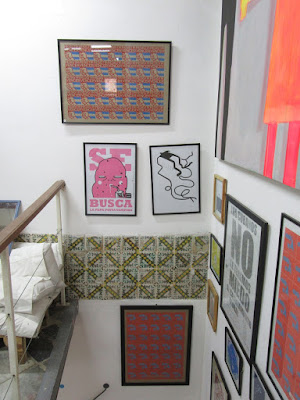 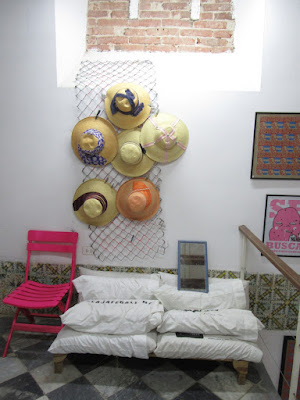 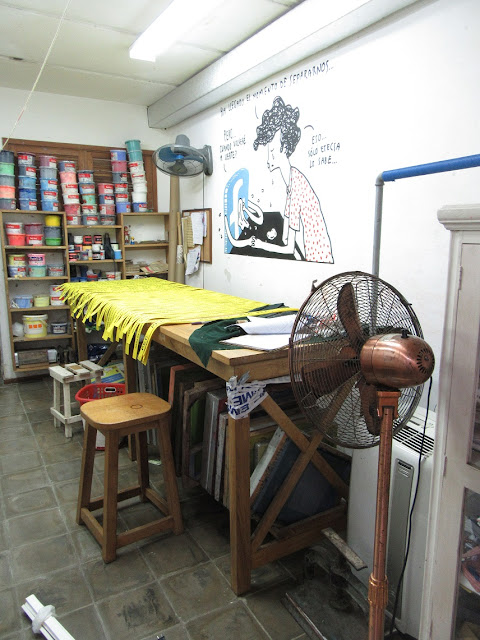 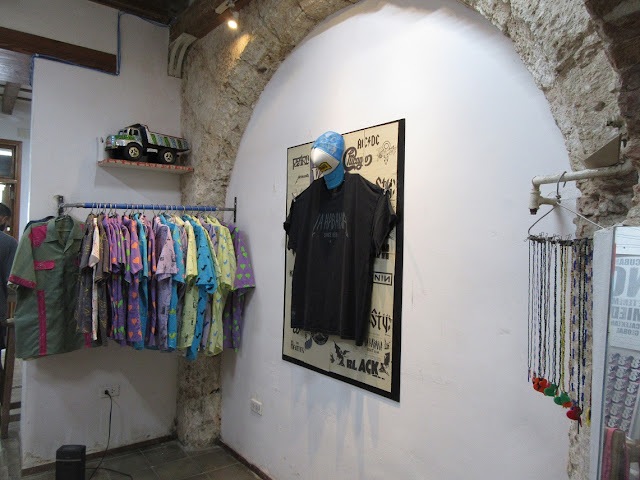 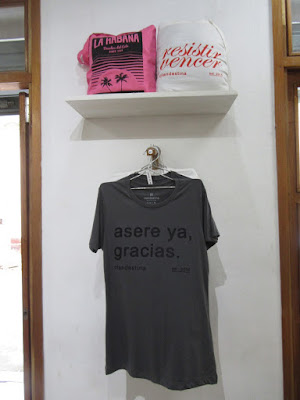 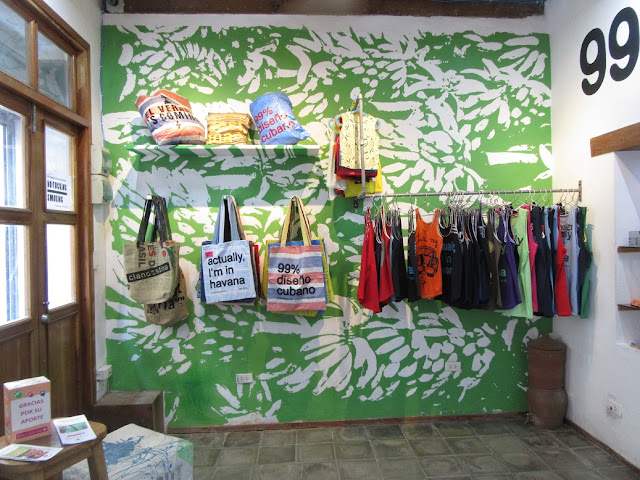 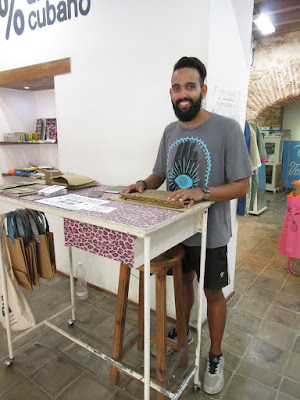 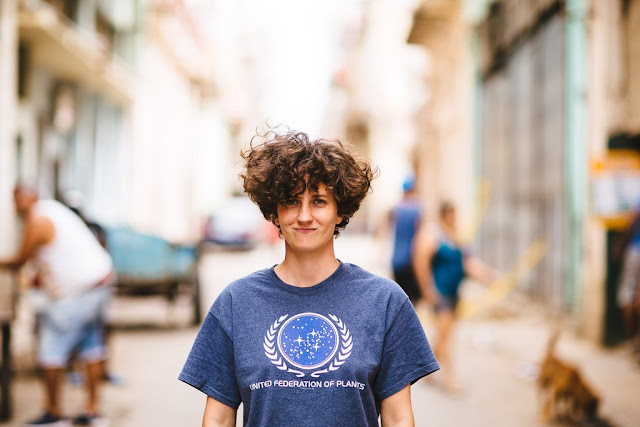