I do my best to come here every time I visit Cuba. It's not only the largest cigar shop in Havana, it also has a huge inventory and the most open boxes of cigars than any other place I've visited. There were 102 open boxes of cigars on my last visit, including the 2017 Limited Edition Cohiba and the one I tried (and later bought), the Punch Cuban Regional. Something that I've overlooked and that nobody asks me about is their House Roller. Like most other Cigar Shops in Havana, they have a house roller here as well. The gracious store manager, Elina Perez, was kind enough to gift me a couple of his cigars last year and I have to say, I rather enjoyed them. I made it a point to buy a few this year while I was there and had a chat with the man who rolled them.
The name of the house roller here is Ernesto Torano and he's been working at the Habana Libre LCDH since 2010....wow, it's taken me this long to meet him. He was born in Havana 48 years ago, is married and has children. He began rolling cigars at age 22 in the Partagas Factory and worked there for 10 years. Afterwards, he worked in another part of the country before taking his position here. His favourite cigar to roll is the Robusto which is the cigar Elina gave me last year and what I bought from Ernesto on this visit. Try one next time you come to this shop.
Even though the store is huge, it's smoking area is not very big....not that I've ever found more than one or two people sitting there. Plus, the bar only serves coffee, if you want a drink you'll have to get it from the hotel lobby bar a few steps away from the shop. There's no smoking allowed in the lobby but you can bring the drink back to the shop. There's been a new addition to the store's family, the fountain in the middle of the shop is now home to several turtles.
This shop is always on my list of places to visit when in Havana and now that I've been introduced to their roller I'm going to have to make a point of trying his other vitolas next time I visit. You should do the same and let me know what you think of his cigars. 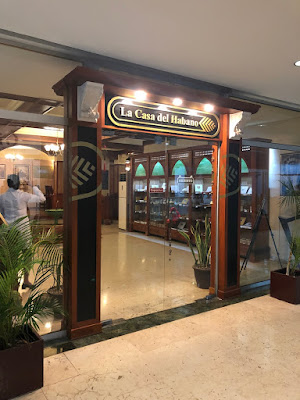 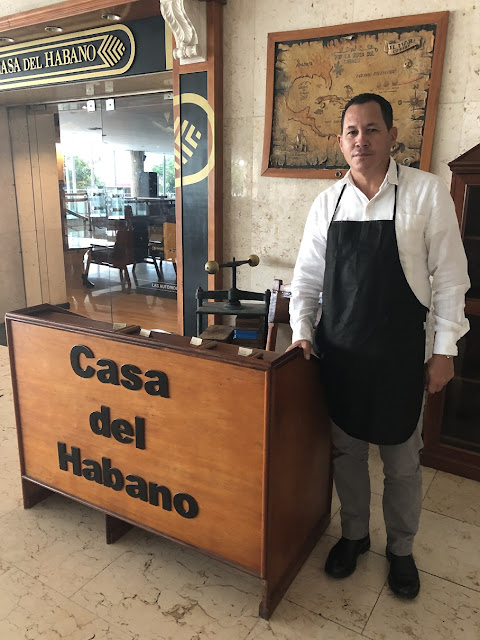 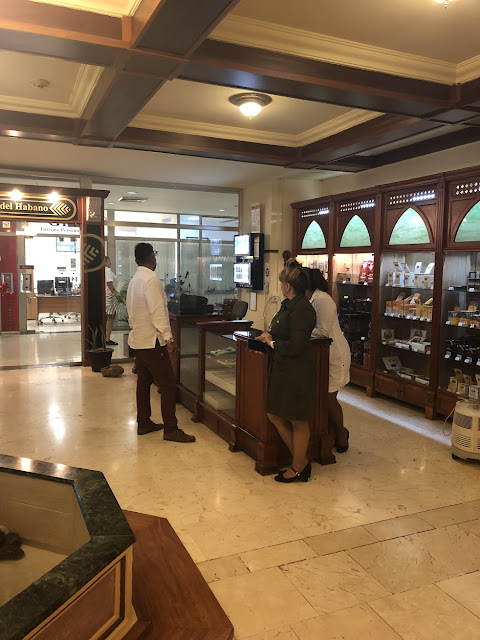 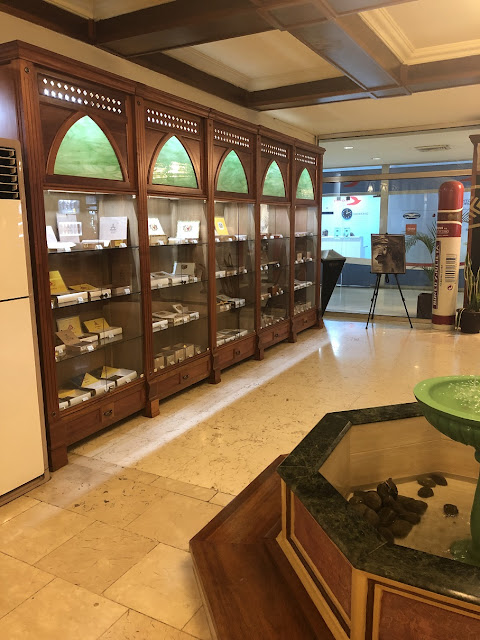 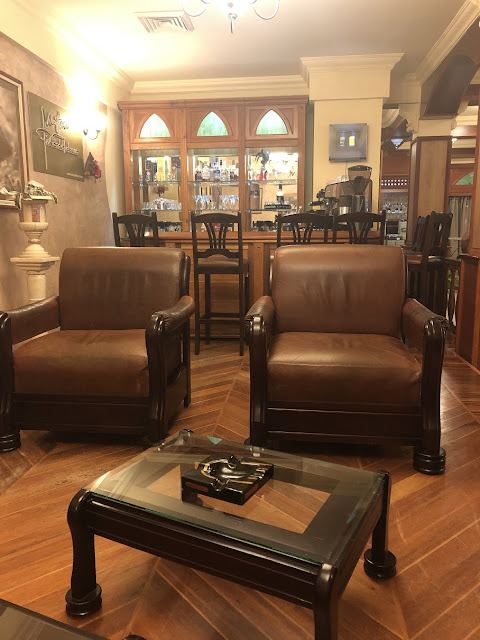 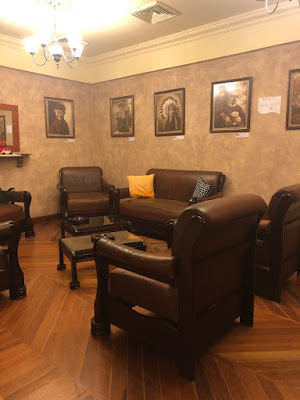 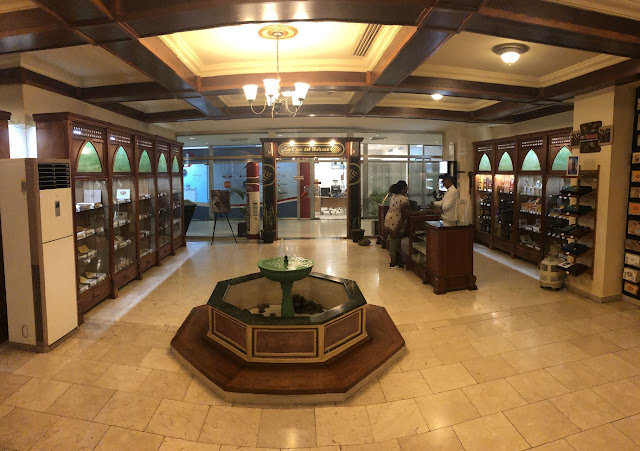 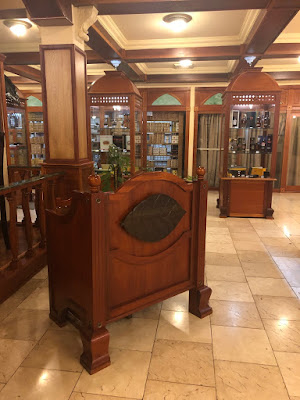 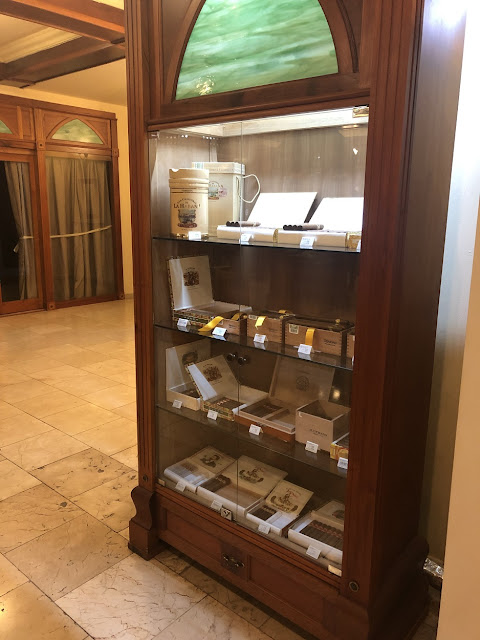 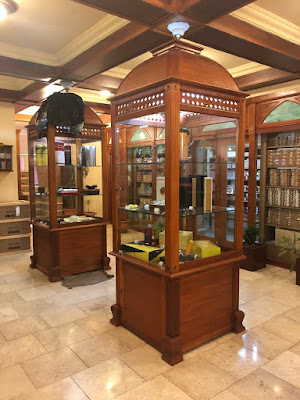 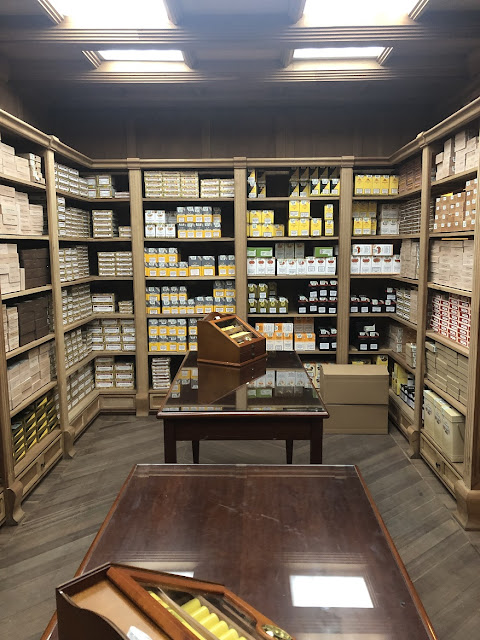 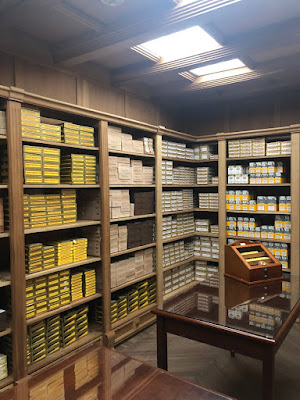 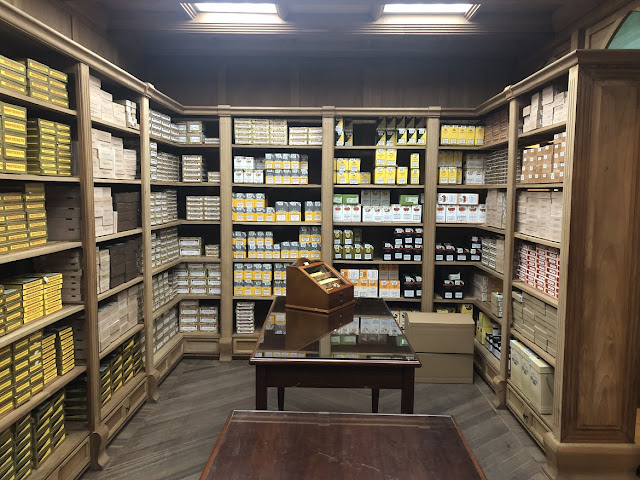 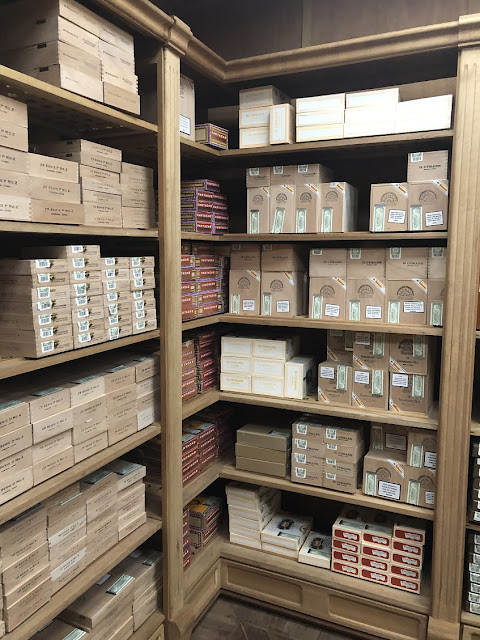 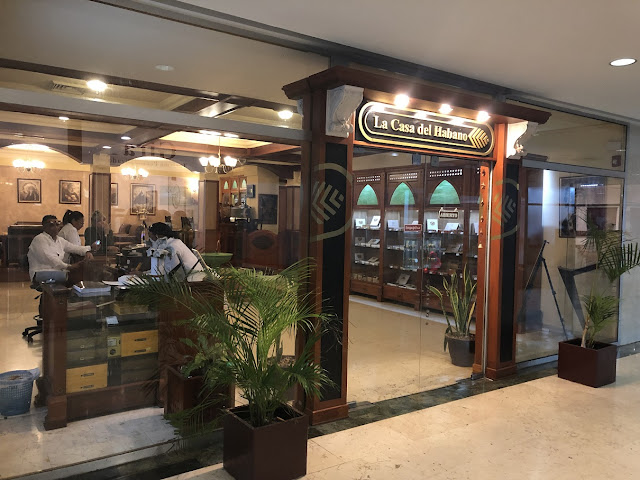