The construction (renovations) on this building had been going on for more than a decade. Myself and probably many others wondered if this space would ever be completed. It was finally restored as a deluxe hotel by the City Historian’s Office opening it's doors once again in 2019.
The building was originally designed by the architect Arturo Marqués with construction beginning in 1905 and completed by 1908. It initially housed a pharmacy, a clothing factory & a hat factory until in the 1920's when José Cueto (to whom the building owes it's name) rented it converting it into the then Palacio Viena hotel during the first hotel boom of the 1920's on the island. It wasn't very well known at the time and there aren't many references about this property. After ceasing to function as a hotel the space was converted to an apartment building which gradually deteriorated. The inhabitants had to be evicted due to the interior of the building collapsing. The building had been empty and unused until the 1990's. Since the exterior suffered little damage, the Office of the Historian of the City of Havana decided to begin the process of recovering the building with the intent to convert it into a hotel using the name 'Palacio de Cueto'.
At the time of it's completion many had and have said that this was the most famous Art Nouveau building in Havana, the style having come to Cuba under the name of Catalan Modernism. With an elaborately adorned façade featuring griffins, satyrs and other mythical figures, it was reminiscent of the modernist constructions built by Gaudi in Barcelona during the late 19th & early 20th centuries.
I was finally lucky enough to find the hotel open to the public during my last trip to Cuba. I wasn't able to tour the entire building but had a seat at the hotel lobby bar for a drink and later went to the rooftop patio for another. The pictures below were taken during my visit. Great views of the Plaza Vieja and city from the rooftop. I also posted the hotel's lobby bar drink menu. 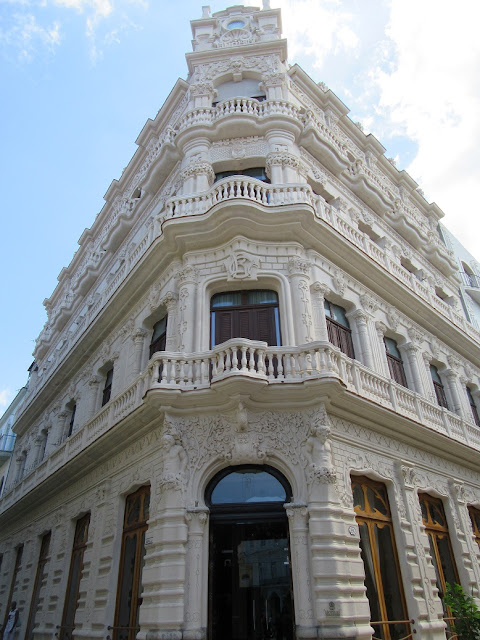 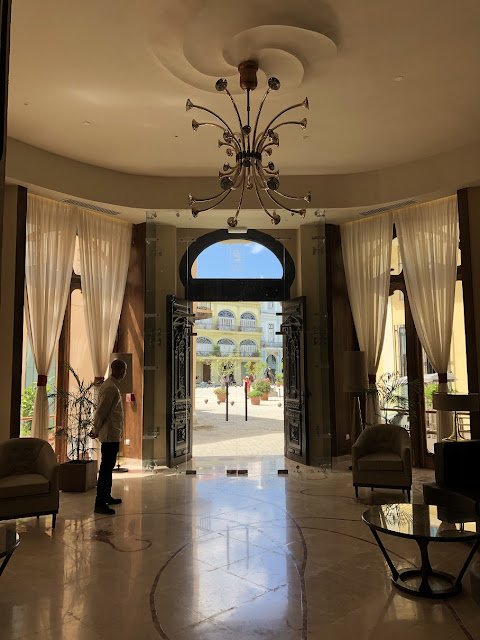 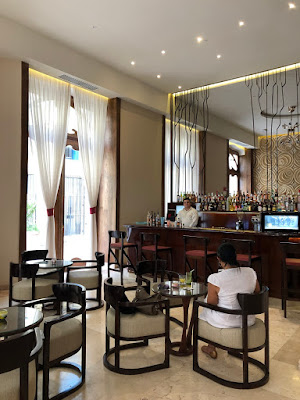 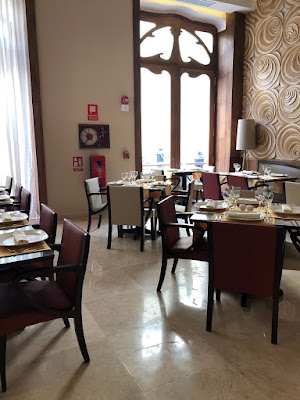 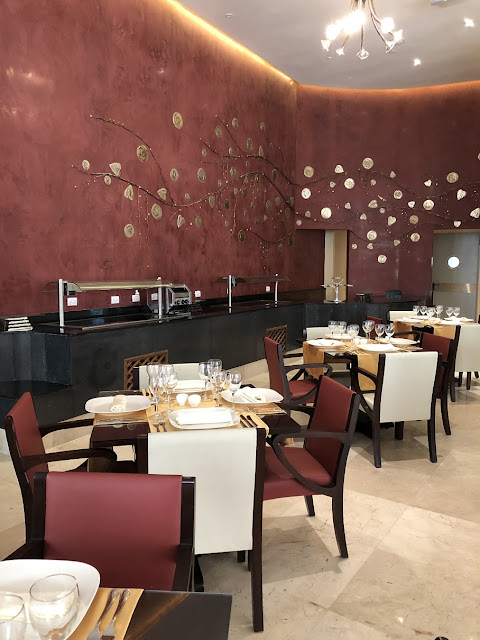 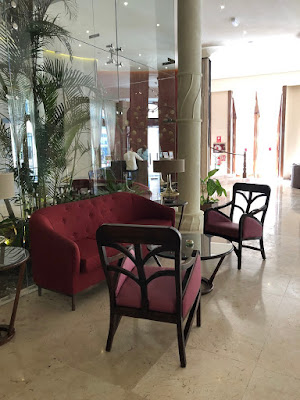 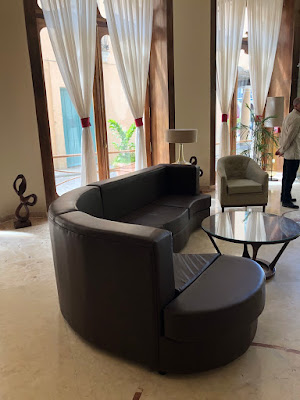 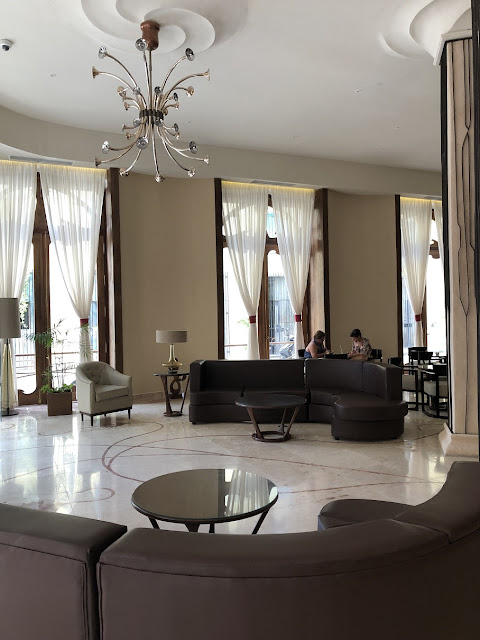 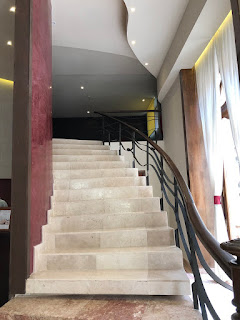 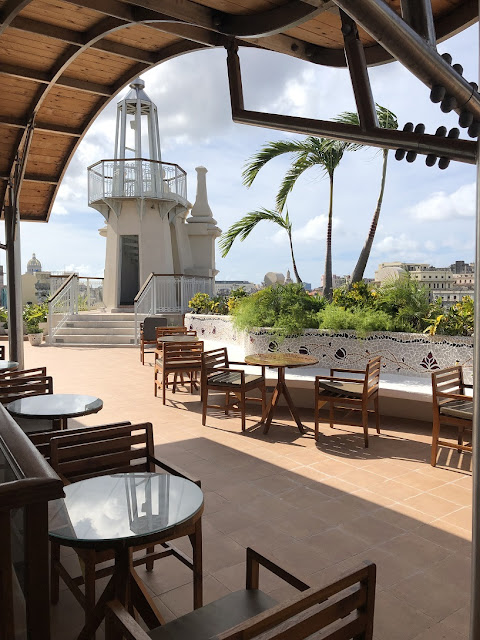 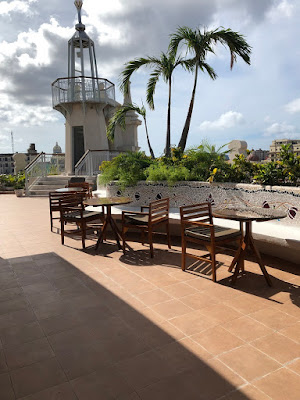 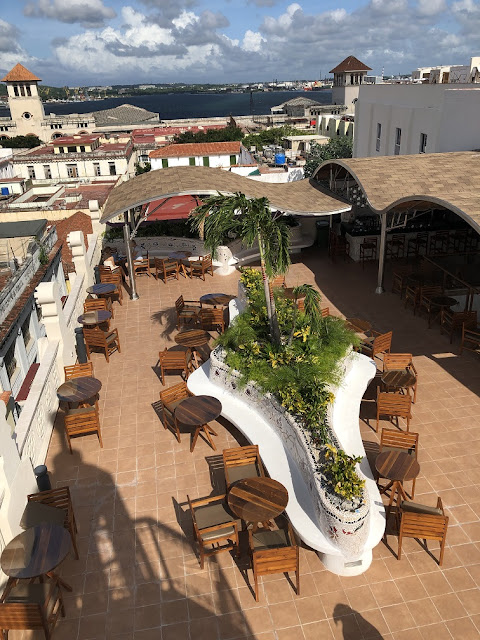 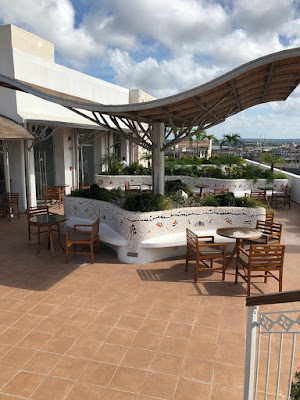 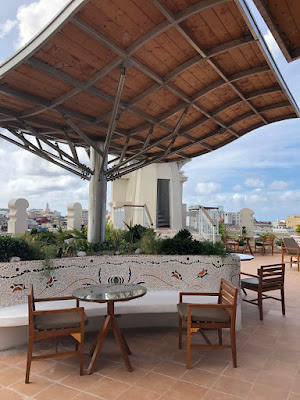 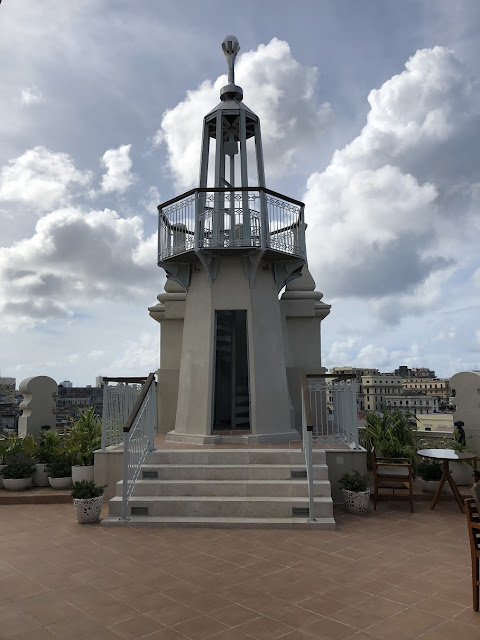 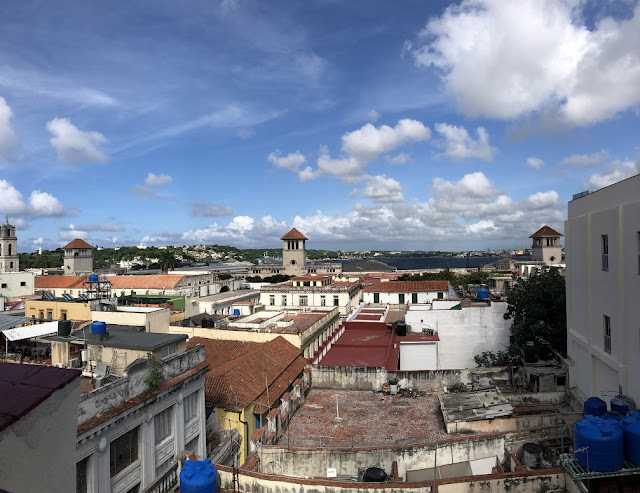 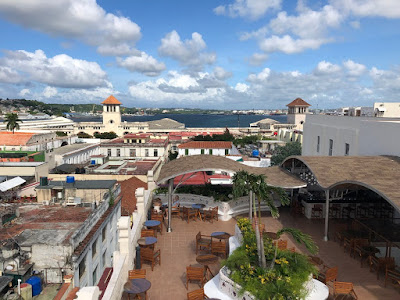 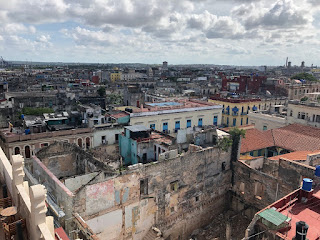 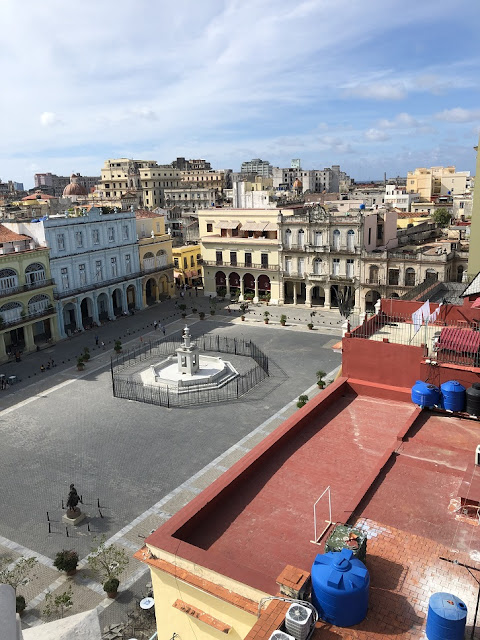 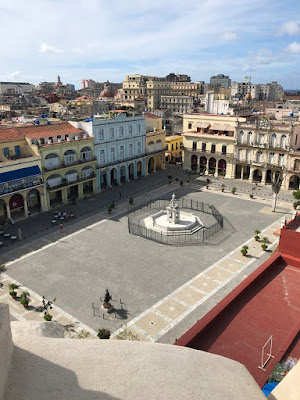 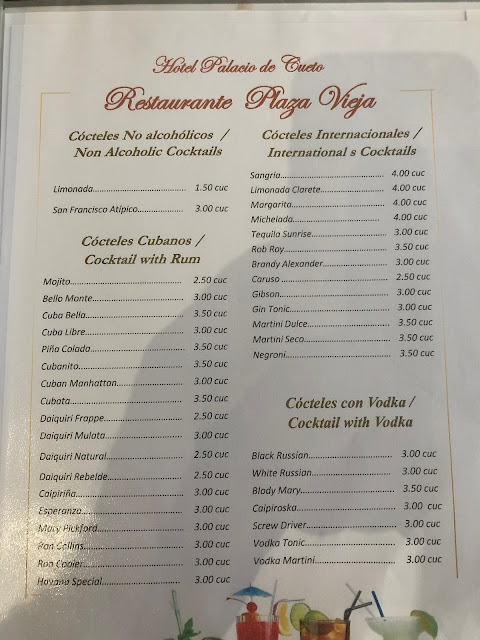 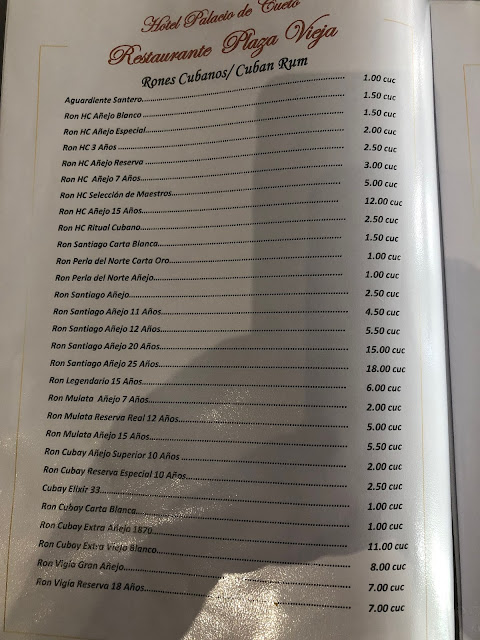 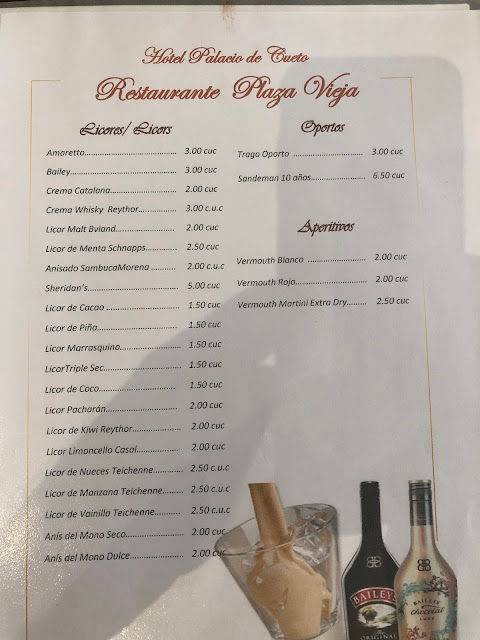 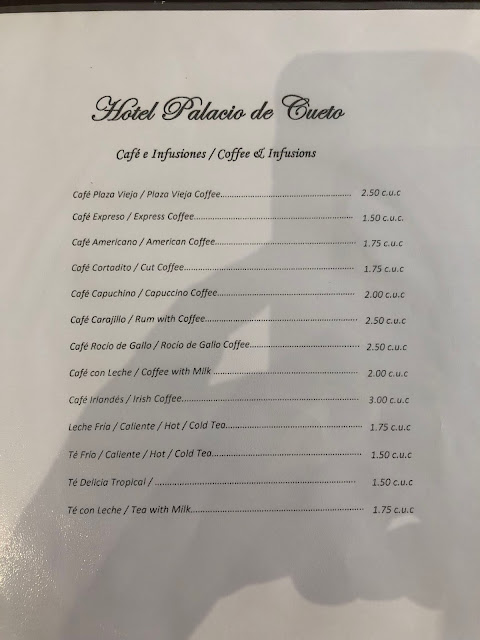 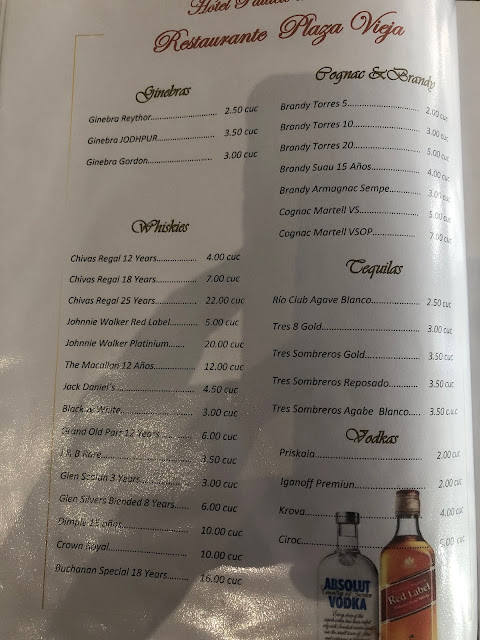 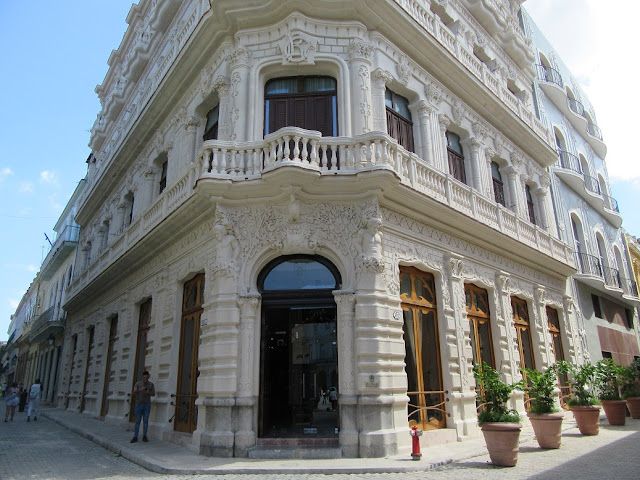