According to Wikipedia: Trova is one of the great roots of the Cuban musical tree. In the 19th century a group of itinerant musicians known as trovadores moved around Oriente (present-day provinces of Las Tunas, Granma, Holguín, Santiago de Cuba and Guantánamo), especially Santiago de Cuba, earning their living by singing and playing the guitar. According to one writer, to qualify as a trovador in Cuba, a person should a) sing songs of his own composition, or of others of the same kind; b) accompany himself on the guitar; and c) deal poetically with the song. This definition fits best the singers of boleros, and less well the Afrocubans singing funky sones (El Guayabero) or even guaguancós and abakuá (Chicho Ibáñez). It rules out, perhaps unfairly, singers who accompanied themselves on the piano.

The 'Casa de la Trova' in Santiago de Cuba on the eastern part of the country is where the original one opened it's doors. Santiago de Cuba is where the musical style known as “Trova” was born. Trova musicians have played an important part in the evolution of Cuban popular music. This 'Casa de La Trova' in Santiago de Cuba opened by chance more than half a century ago by Virgilio Palais back in the 50s who's intent was simply to kill some time while waiting for people to buy his goods. These were hard times, during the Batista dictatorship, and Virgilio was simply trying to supplement his income by selling tobacco products and cookies in the basement of this house. While waiting for customers he would sing a cappella with a beautiful tenor voice which matched up perfectly with the style of music that was being played at the time. Eventually his friends and some troubadours would meet him here and accompany him. It wasn't long afterwards that lovers of this style of music began frequenting the place making it a regular hangout. When the Revolution was won in 1959, Virgilio continued to gather his friends at the place. It wasn't long before he and the troubadours were awarded the space next door to expand the tiny establishment....hence the 'Casa de La Trova' was born. The now famous Francisco Repilado who everyone knows as “Compay Segundo” of the band the 'Buena Vista Social Club' played in the Santiago Casa de La Trova. Another tidbit of information about this Casa, in June of 2000 Paul McCartney visited here.
Of course the Trinidad Casa de La Trova doesn't have the same history as the original shop but it's been around for some time as well. The site that it occupies was given to the town for the cultural enjoyment of it's inhabitants and visitors. It opened it's doors in 1974 calling itself 'Casa de La Trova'. It's a rustic looking space but if you like the traditional style Cuban music like I do, meaning, like the music the band the 'Buena Vista Social Club' played at the beginning of their resurgence....then you must come to this place. The bands change every hour or so, which gives a bit of variety even though the music kind of all sounds the same. Being a Cultural Center, it also promotes musical development through related activities and Trinidad's contribution to it. The space also doubles as a museum.
Today there is a Casa de La Trova located in 4 Cuban towns or cities, the first two mentioned above in Santiago de Cuba and Trinidad as well as one in Holguin and Camaguey. It also looks like they want to open one up in Varadero (of course). 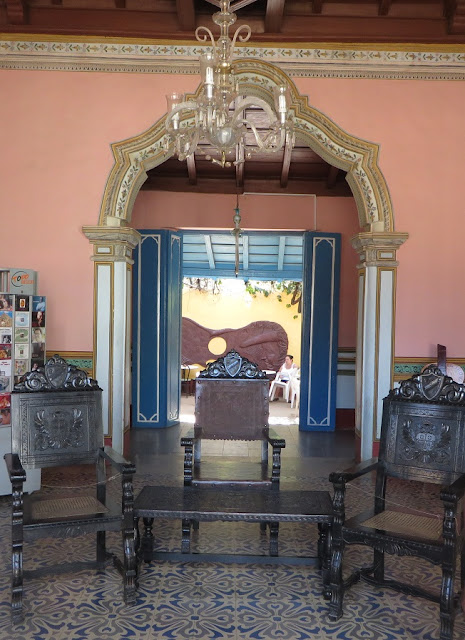 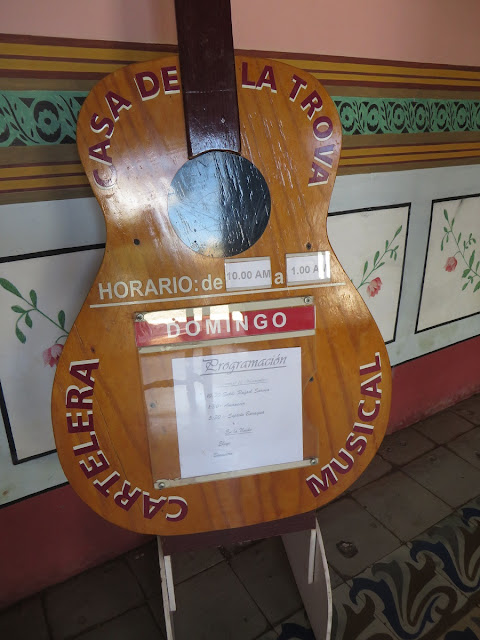 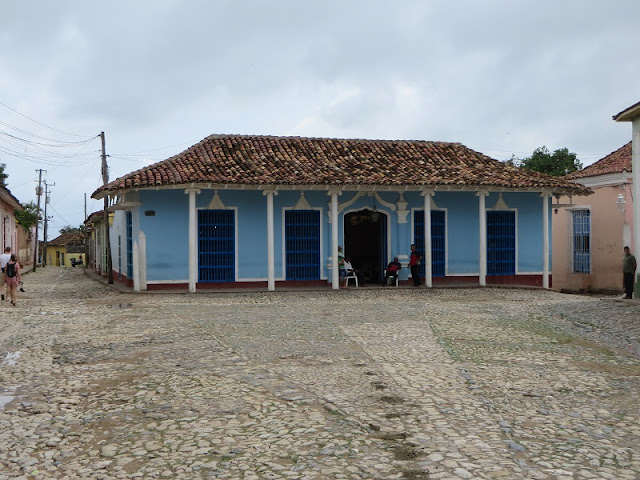 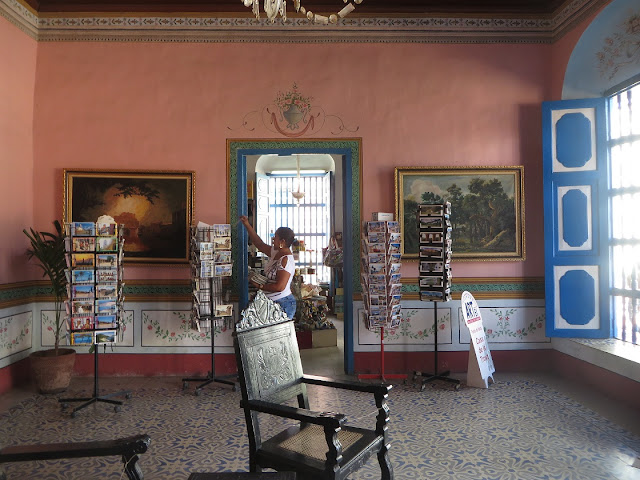 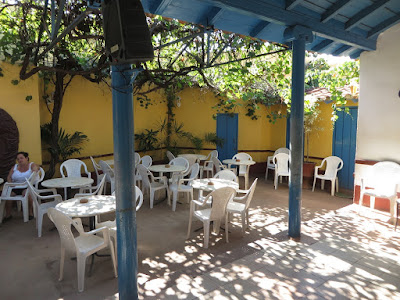 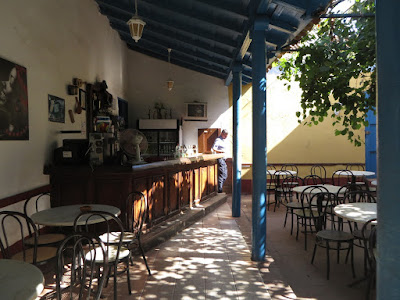 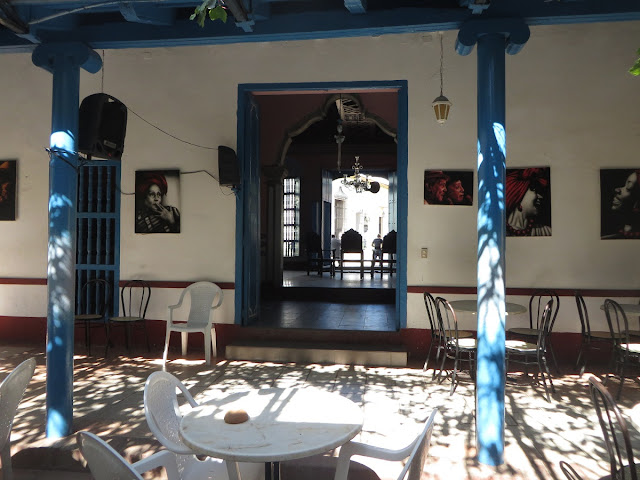 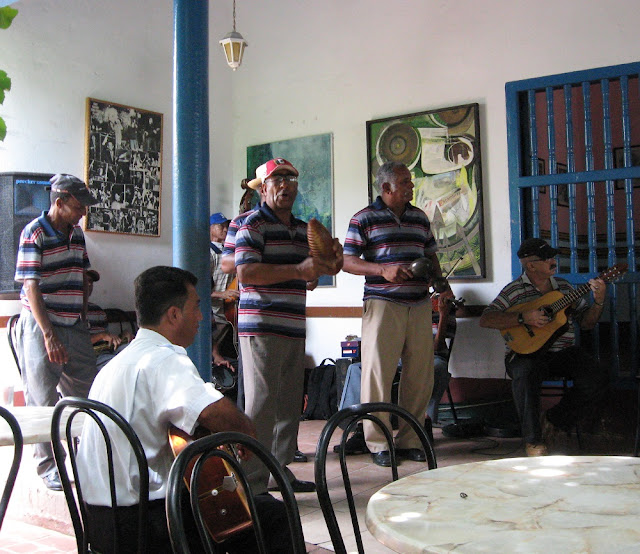 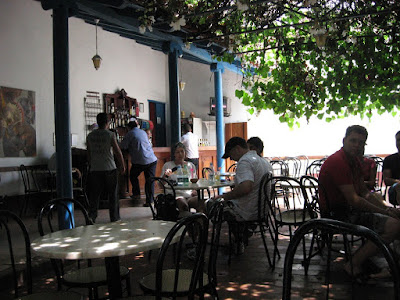 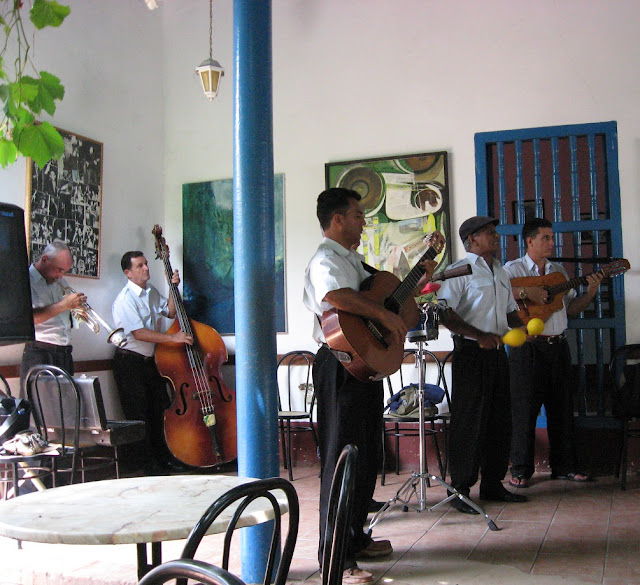