Tucked away in Centro Habana is a barrio known as Cayo Hueso. A small street, Callejon de Hamel runs through it off of Calle Hospital, betwwen San Lazaro & Concordia. Here, a Afro-Cuban Art & Community have evolved.
It all started in 1990 when artist Salvador Gonzalez Escalona, from Camaguey, decided to express himself by making sculptures from junk or spare parts lying around the city. He also painted wildly coloured murals covering the street completely. The street looks like one big art gallery. When Salvador started all this he never imagined things would take off the way they did. The whole community came together to create this Haven in the middle of the decaying city. Strong feelings of the African Religions are felt in the air; Santaria, Palo Monte & Abakua.
On Sundays the street bands of the barrio come to play in the early afternoon. That's the time to come. There is a large percentage of black (the religions being African) people but there's still a varied mix because of the Asian and Spanish influence in the country. If you want a seat come early but I would rather be walking around. I would feel trapped sitting down & I wouldn't be able to get pics from different angles. The pictures in this post are actually from 2 different visits. The houses on this part of the street have become homes to artists who have converted their livingrooms into galleries displaying their Art. You won't be the only tourists but it seems to be mostly locals. It's perfectly safe and a must see if you're in Havana on a Sunday. The show ends around 3pm. 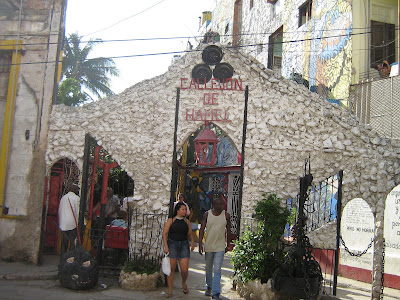 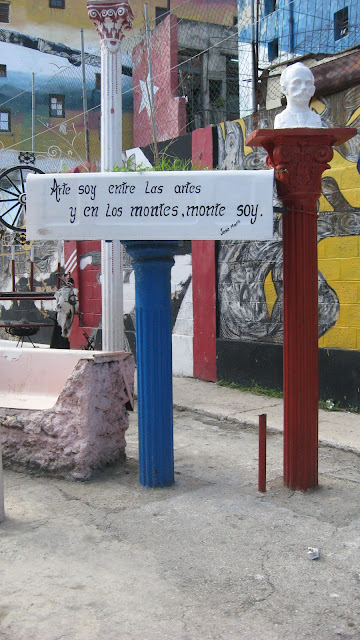 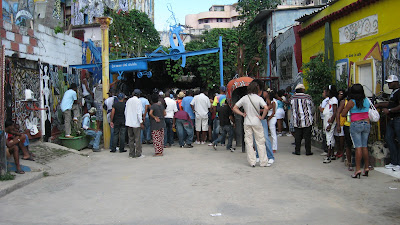 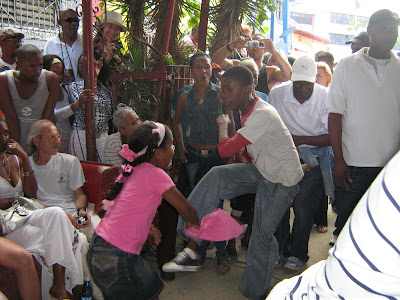 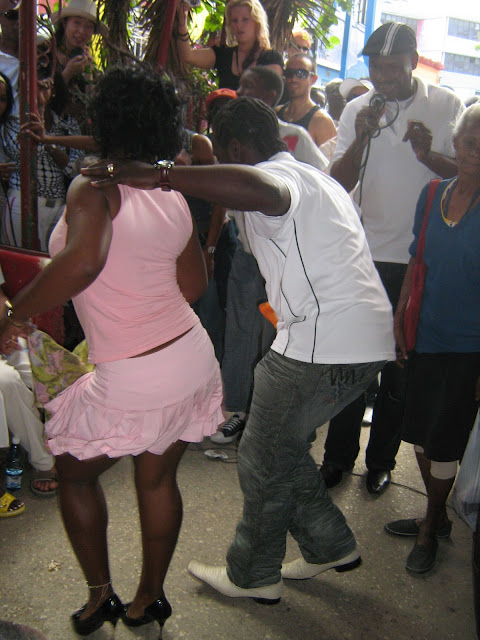 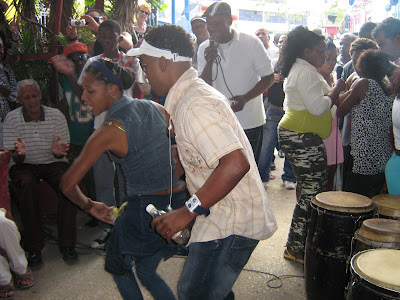 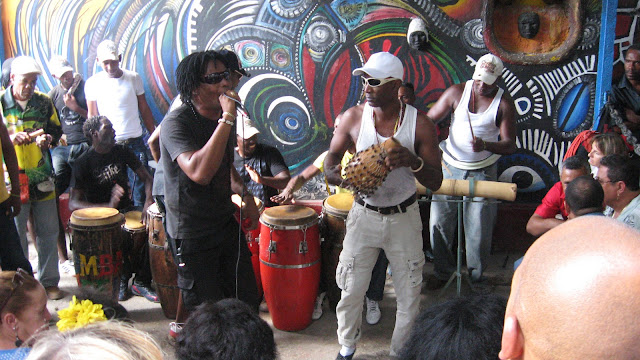 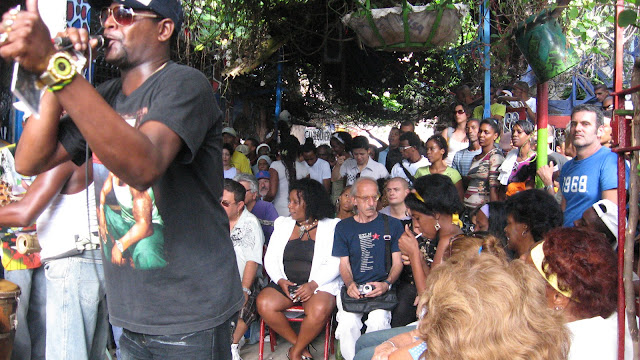 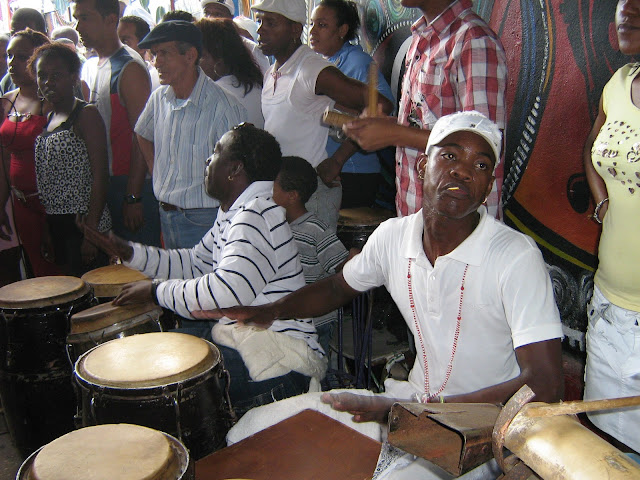 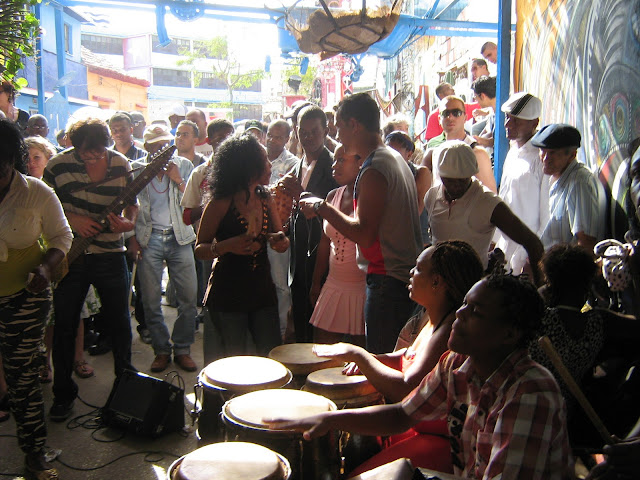 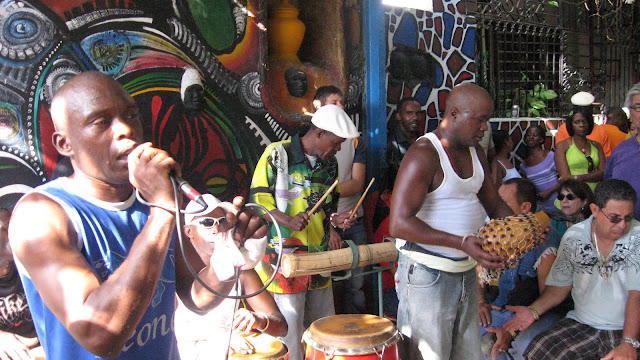 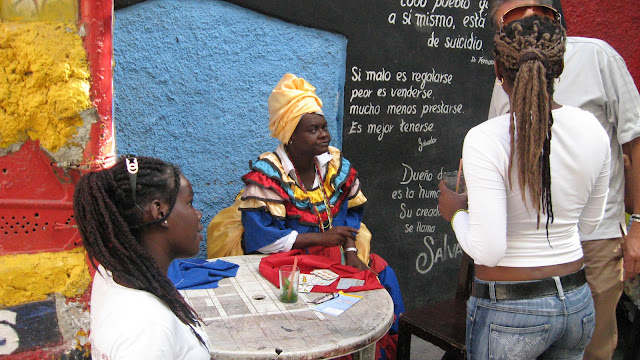