Ahhh, Cuba and it's cars. The thought of Cuba evokes thoughts of classic 50's automobiles in some people. They are also used as a backdrop for many tourism posters selling Cuba. Have you ever wondered why there are so many of these cars still around and why their owners love them so much and try to hang on to them for what seems a lifetime.
After the revolution, Fidel decreed that no cars produced after the revolution could be bought or sold. What that meant was that the only cars that could be bought or sold would be pre-revolution. Russian cars, mostly Ladas, were available to people with government permission. Those people included government officials, atheletes, doctors.....
Knowing this, it's now easy to understand why so many of these old cars are still around. Cuba is like a big antique car museum. At one time Cuba was the biggest importer of some of the most stylish and lavish of the American car models. However, more than 50 years have past and with the embargo still looming it's impossible to get parts for these cars. That's why in a lot of these cars you'll see Lada engines or parts from whatever fits. Cars can even be driving with 3 different size tires since they lack government controls. It's a free for all, as long as it drives it's ok. The black smoke that comes out of these things is enough to kill you. That's why so many city residents have asthma or other respiratory problems.
Enough of that, I don't want to burst your bubble. Even though the government has recently changed the law to allow Cubans to buy and sell any car of any year, it will be a long time before Cubans abandon their classic 50s for a new model. Very few Cubans can afford to buy a car.
Enjoy the pictures. 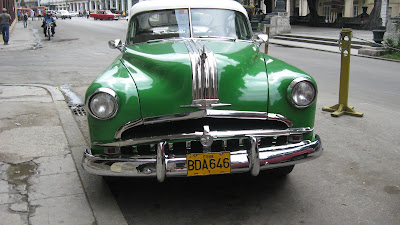 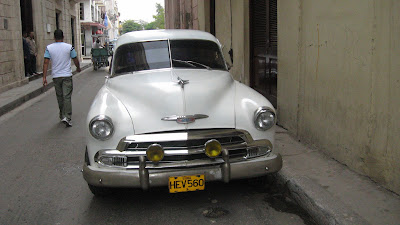 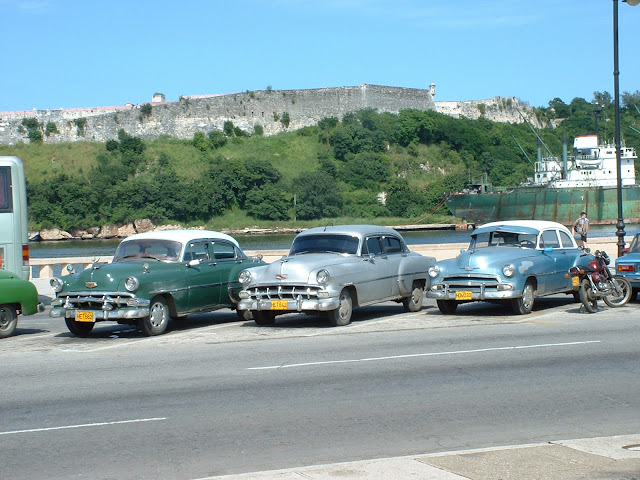 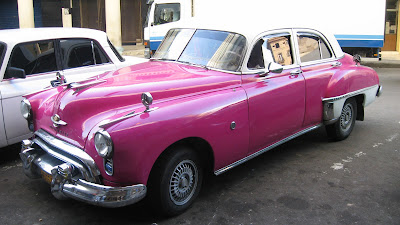 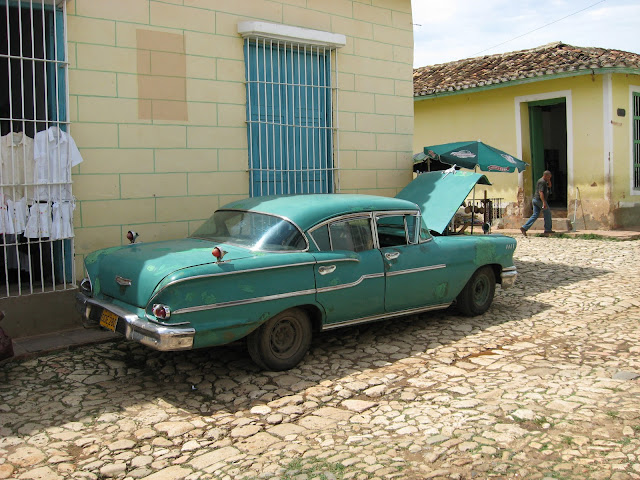 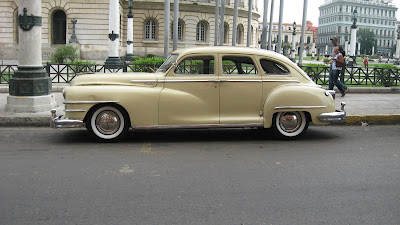 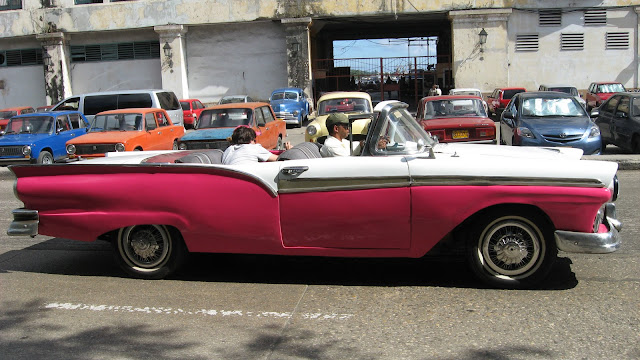 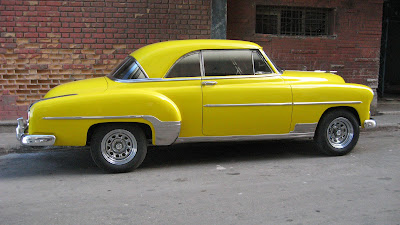 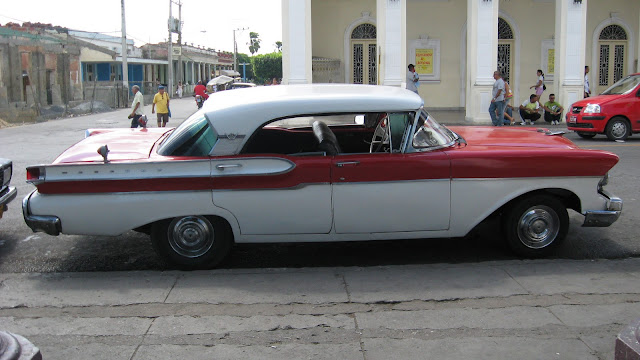 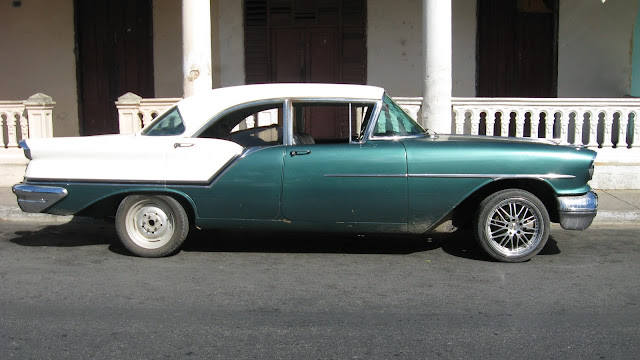 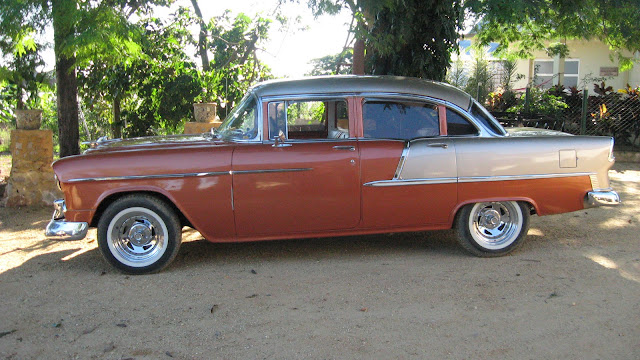 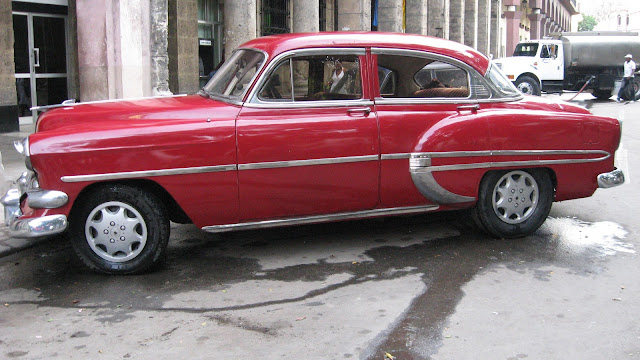 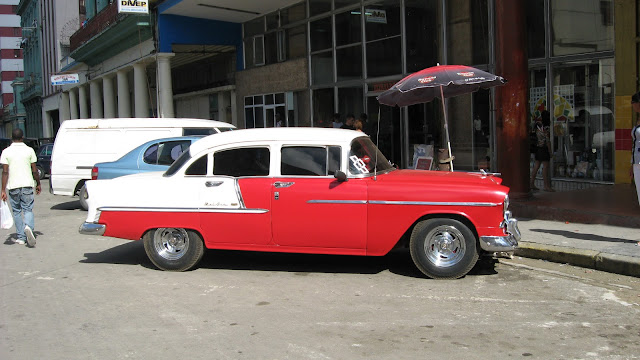