I was going to enjoy this night. I was going to smoke two of what I think are some of the best cigars available today. The Cohiba Behike 52 & the Cohiba Limited Edition 2011 or what people call the 1966's. I started with the Behike thinking it would be the lighter of the two cigars. I hadn't tried the 52 yet but if was anything like the other 2, the 1966 would be stronger.
The Behike had a beautiful light brown, silky smooth wrapper. It had a perfect draw with an earthy, spicy flavor. It was as complex as the 54 & 56 with the extra leaf, the medio tiempo, giving this cigar a very full body with good balance. Not your typical Cohiba but very good just the same. The burn was almost perfect but corrected itself before reaching the halfway point. The cigar picked up strength after the half and I wondered if the long ash had anything to do with it. It was beginning to taste bitter so I got rid of the ash. I know that's supposed to be a no-no but the cigar did begin to mellow a bit after that and the bitterness disappeared. It had begun to burn unevenly before dumping the ash so I touched it up with my lighter. It smoked well for a while longer but let it go at the quarter mark. A very good smoke.
The 1966 had a dark, oily maduro wrapper. The draw was a little tight but smokable. Very strong, full bodied, toasty, nutty, earthy flavors. I had White Port with this cigar and it semmed to go well. The cigar began to burn a bit hot & I hoped it wouldn't be like that all the way through. The burn was even. The draw did get better, the cigar cooled down and the burn continued to be even. I didn't want the same thing to happen to this cigar so I dumped the ash about a third the way down. At the halfway point the cigar was burning beautifully and tasting great. This is a very full bodied smoke and needs a little time to age. It's smokable now but this cigar is not for everyone or at least not for the novice.
If I had to choose between these two cigars I wouls have to pick the Cohiba 1966, I prefer the size and can't wait to taste what it's going to be like in a couple of years. 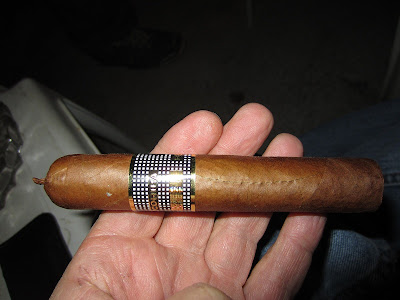 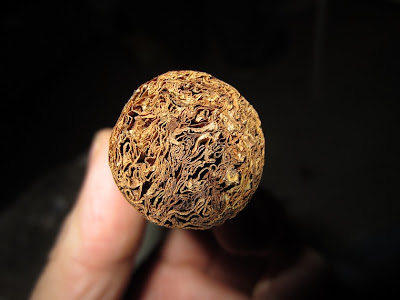 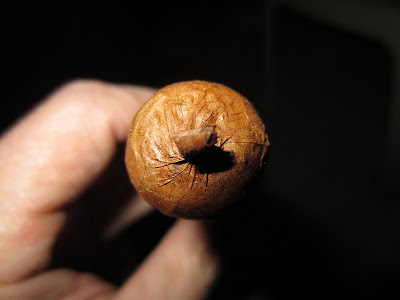 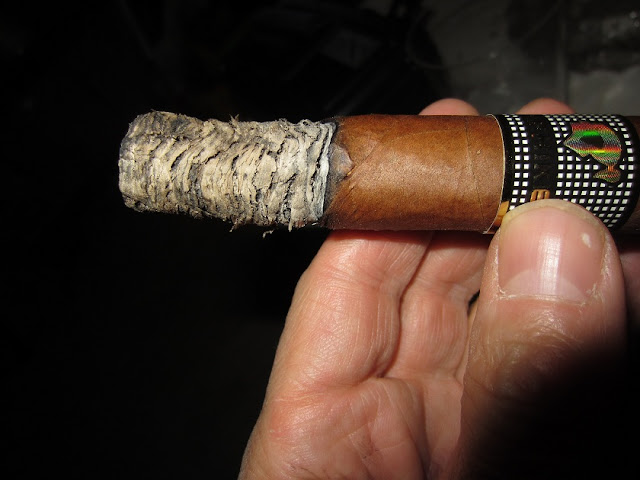 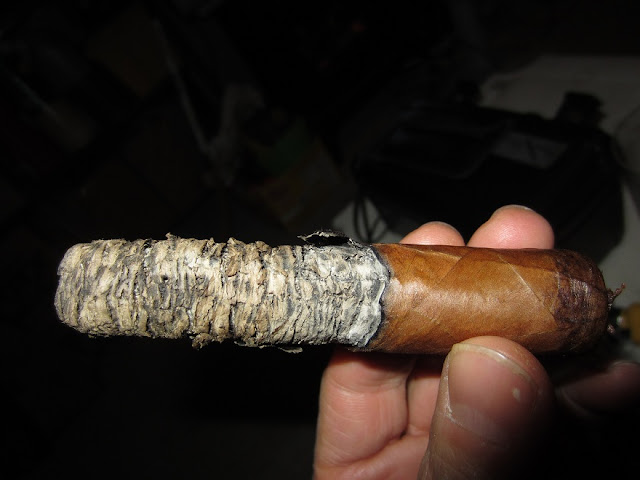 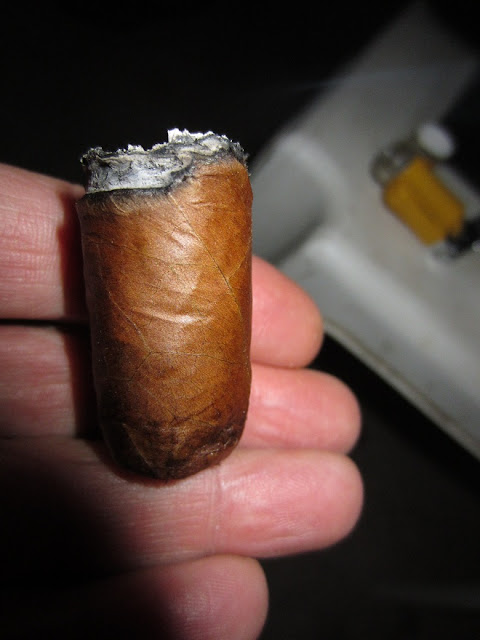 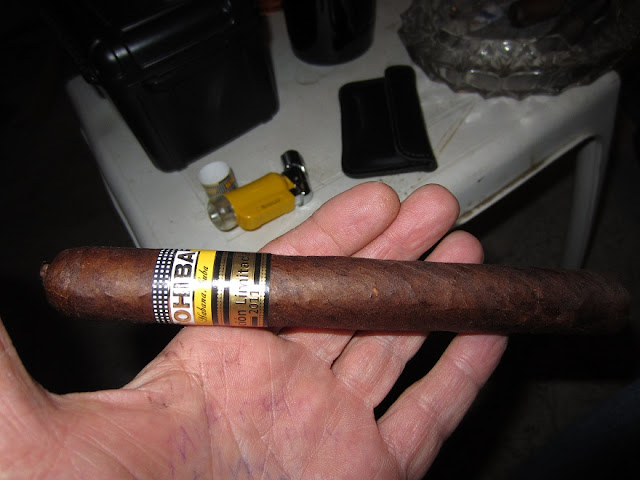 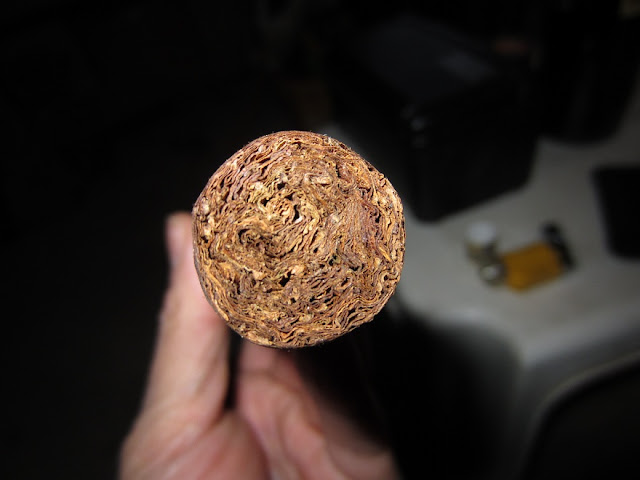 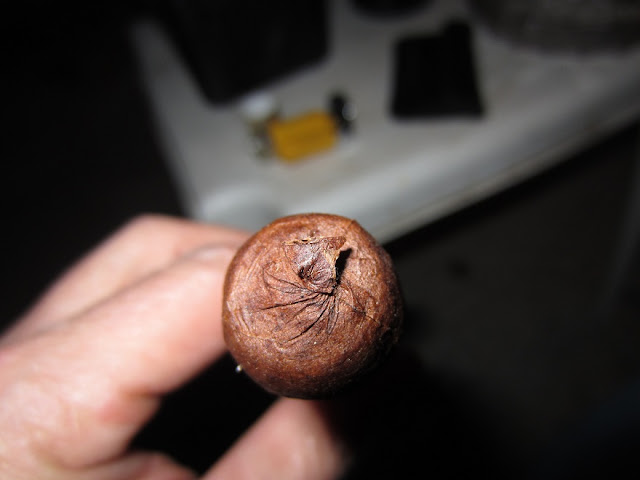 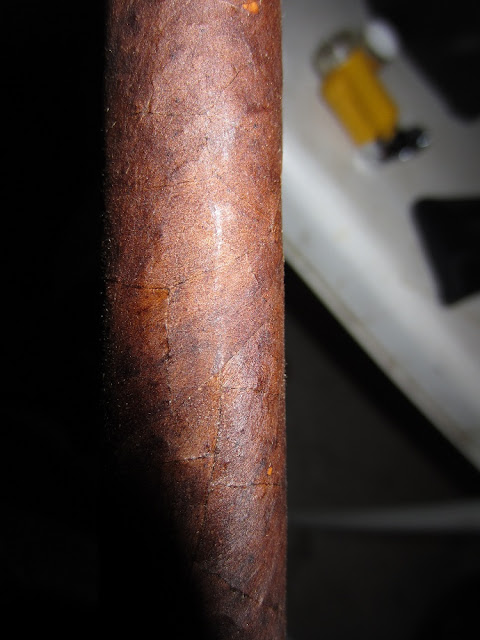 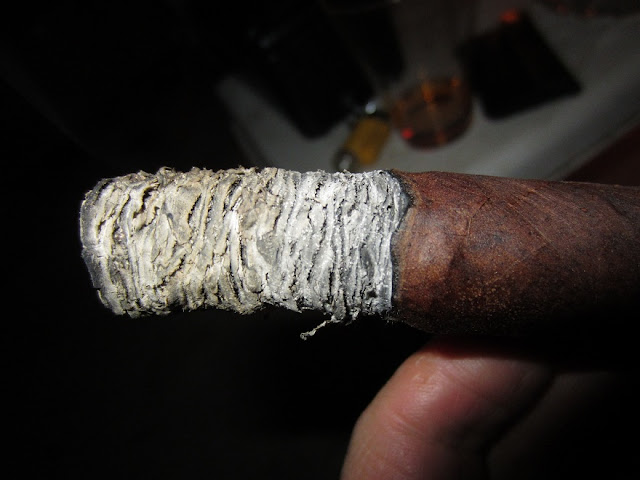 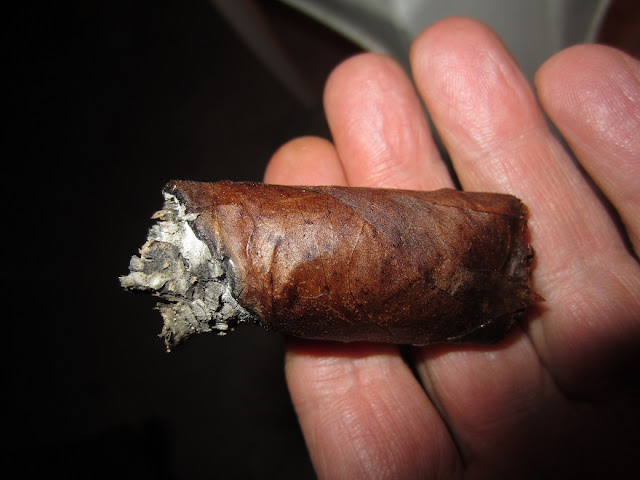