Jose Fuster was born in 1946 in Caibarien, a little seatown on the north side of the island in the Villa Clara province. He moved to Jaimanitas, where he lives now, another fishing village but this one is 15km west of downtown Havana. Jaimanitas is now considered part of Havana.
Although I did not have the pleasure of meeting Jose on this trip, I have been told that he has an energy that emanates from his body and transfers to all those around him. It's easy to believe after seeing how he's transformed his simple wooden abode into a massive art museum. It's not just his house, although his is the most elaborate, it's more than two blocks of houses. When he began this project 18 years ago, he had no idea the community would come together to make this a neighbourhood affair. He also didn't limit himself to painting, he also took up drawing, etching, ceramics & sculpture & is influenced by Antoni Gaudi & Pablo Picasso. Pictures don`t give you the full scope of this project.
I came accross this artist by chance while surfing the internet one day and bookmarked it. I decided to visit him on my last trip this past october. He wasn't there but we were graciously received by his son Alex. He was an excellent host with the little time he had and took us on a private tour of his home/studio. He was expecting a bus load of Americans on a humanitarian mission. When Jose Fuster is at home, he always finds the time to welcome anyone who visits. I'm looking forward to meeting him on my next trip.
The road to Jaimanitas, calle 226, runs off of 5th Ave and is marked by a street sign showing the way to the Fuster house. His street is 2 blocks towards the ocean going north. As soon as you take a few steps you realize you're not in Kansas anymore. It almost starts immediately, most of the fronts of houses are decorated in glazed tiles and majolica ceramics and in some cases even the sides and tops of houses are wildly painted and adorned.
When you finally get to his house you can see from the outside that this is going to be something special. When you step through the entrance it feels like you're entering a fairy tale, like Alice in Wonderland. The front door is always open and the locals that come by don't take notice of the Jose house but when you arrive here for the first time your eyes don't know where to look. You have huge statues over 2 meters tall covered in colorful ceramic tile. Most of the stone walls and ground are adorned with art of some kind but then you look up. You have multiple levels and balconie and several covered roofs. There's also a relatively new colossal sculpture that now stands as a revelation "The Olympus of The Five", a tribute to the five Cubans imprisoned in the US. Jose's tribute to freedom.

This is a video clip of the interior of the property.
http://youtu.be/JhrcbyIk6o4 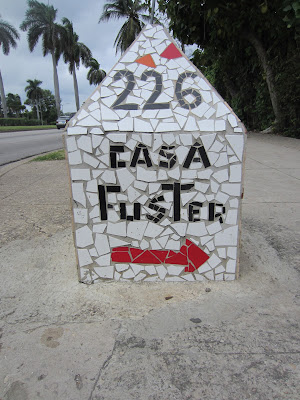 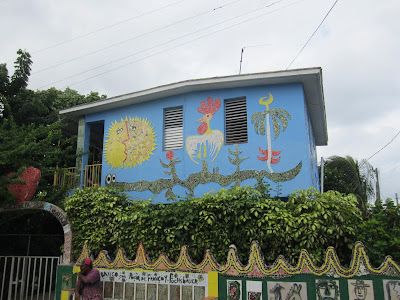 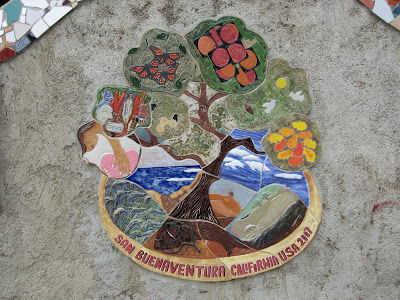 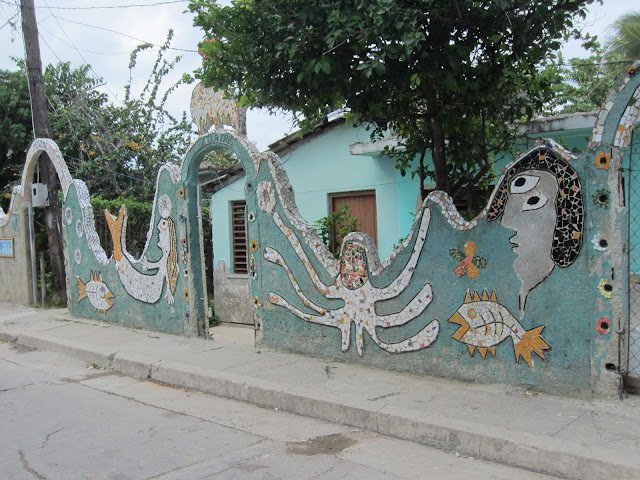 The Walk to The House 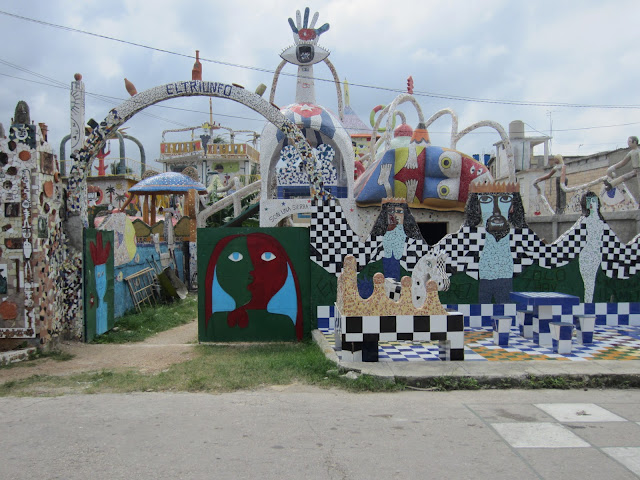 The Front of The Jose Fuster House 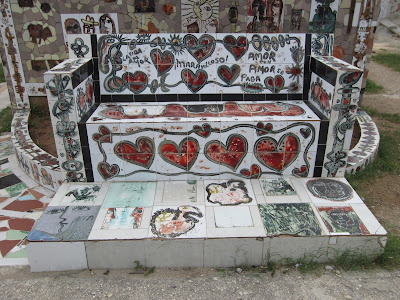 A Bench Outside The House 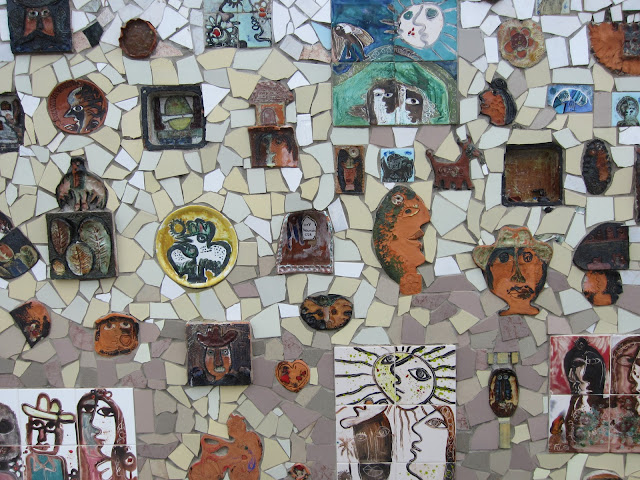 The Wall in Front of The House 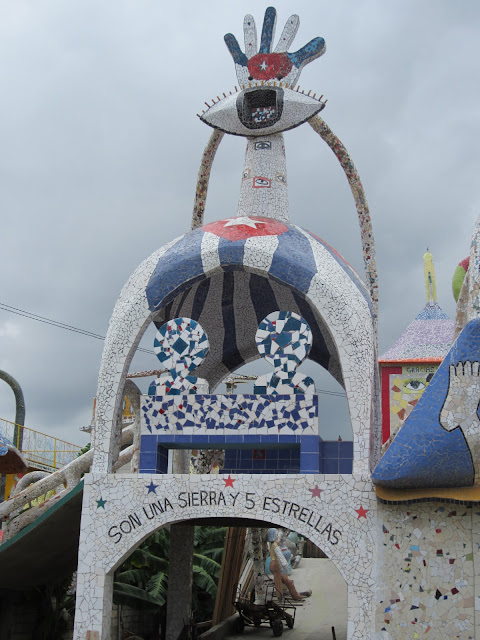 The Olympus of The Five 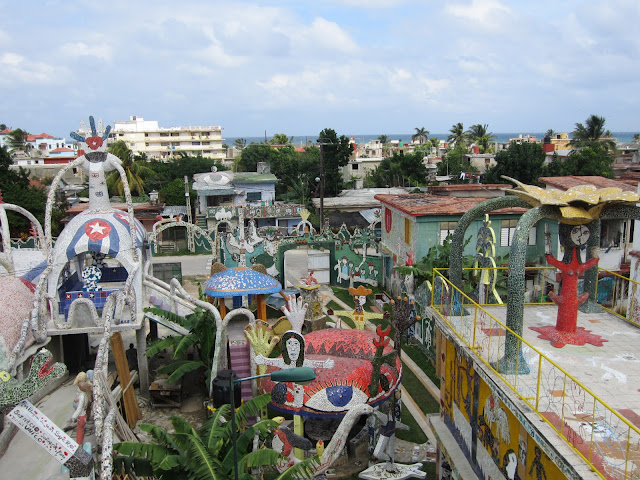 A Shot From The Top Balcony 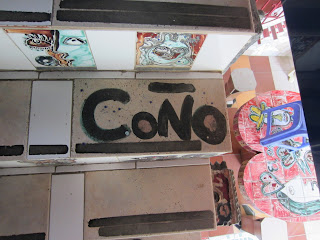 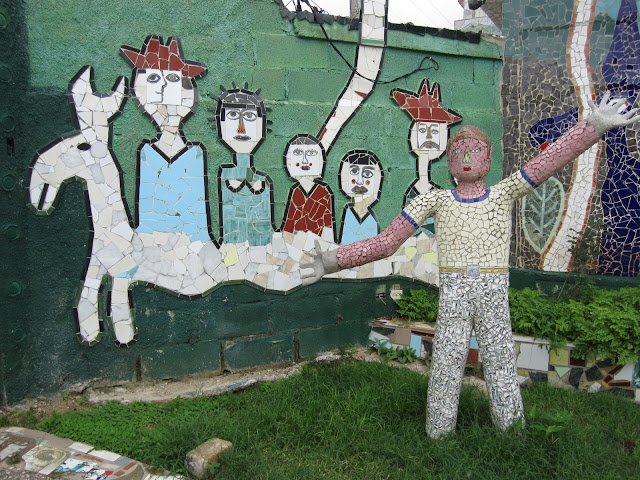