The "Plaza de La Catedral" is one of the most beautiful squares that I've had the pleasure of visiting in Cuba and always make a point of visiting it at least once every trip. The "Catedral de San Cristobal" is the highlight and namesake of the square. It's original name is "La Catedral de La Virgen Maria de La Concepcion Inmaculada de La Habana"(that's a mouthful). Since being dedicated to San Cristobal it's name changed to what it's known as today, "Catedral de San Cristobal" (and thank you for that). It was built by jesuits on the site of another church in 1748-77. From this side of the square you're only about 100 meters from thye Malecon. You can see it from the front of the church.
On the opposite side of the church is the building that has housed the "Museo de Arte Colonial" since 1963. The house was built in 1720 & was once the residence of Don Luis Chacon, the military governor of Cuba. The furniture housed within is a wonderful & extensive collection dating from the 18th-19th centuries, gathered from the great colonial mansions of Havana. It also includes some beautiful ceramics. Check it out even if it's only for the view you'll get from the upper level. It will make a great picture of the Catedral.
Jutting out from the side of the museum is a little dead end street called "Callejon del Chorro". Right at the very end of the street is the "Taller Experimental de Grafica". Created in 1962, it attracts many young artists & has become a meeting place for people in the arts. It's a workshop dedicating itself to the art of printmaking. Limited numbers of each print are made and some of the pieces are quite racy taking jabs at the current political situation in Cuba. I was actually surprised that some of the stuff was allowed. It's definitely worth a visit. Just walk in and look around. There's a whole bunch of pictures hanging on walls as soon as you walk in & you can see the presses a little further down. No one bothers you. The prices should be marked & are quite resonable, if you wish to buy.
On one of the sides of the square you have the Bar-Restaurant "El Patio" & some souvenir shops. The restaurant has tables with umbrellas on the square as well as on a covered patio & indoors with an inner courtyard. I haven't had anything more than a cappuccino & cigar sitting at one of the tables on the square so I can't tell you about the food but I wouldn't eat there. They always have a live band outside so it's a pleasant break after all that sightseeing. Beware, there will be someone wanting to do your caricature. Deal with it how you want, they're always pleasant. I have lots of them, anything you give them is appreciated.
Let's not forget the remaining side of the square, opposite the restaurant. In front of the Palacio de Lombillo (built in 1618) stands the statue of Antonio Gades, a famous flamenco dancer from Spain. He was born in 1936 and died in 2004. Why is this statue here?? I have often wondered. He was a communist & defender of the Cuban Revolution. He had strong personal & political ties with Cuba. Fidel Castro was his best man when he married Marisol. He spent many of his latter years in Cuba & weeks before his death was presented with the order of Jose Marti by Fidel Castro. His ashes are kept at the "National Pantheon of Heros of the Revotlution" in Havana.
Well, that's about it. Give yourself more than an hour if you want to see it well & a lot more than that if you want to relax with a coffee at the restaurant. I believe this to be one of the top 3 squares to visit in Havana. 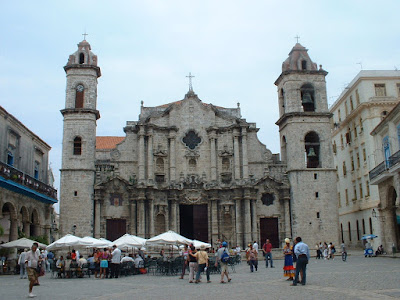 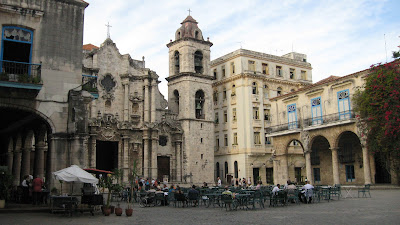 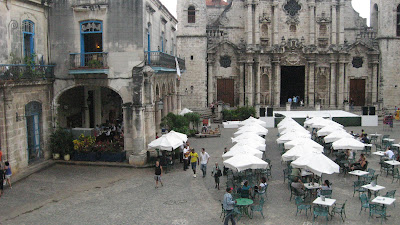 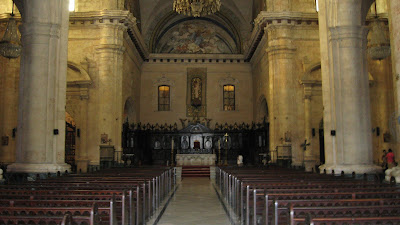 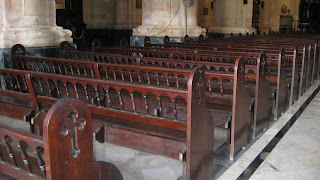 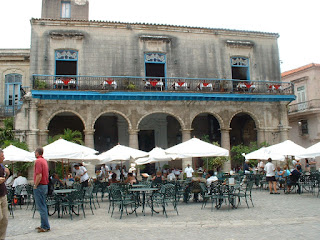 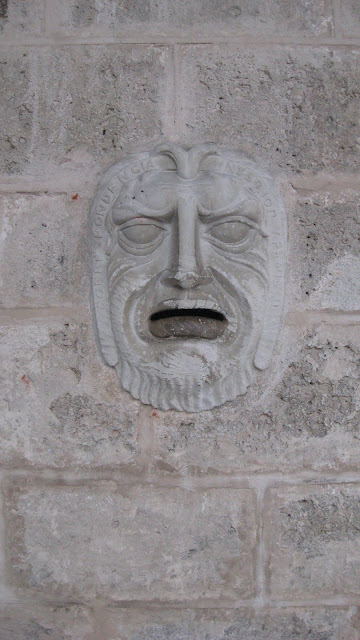 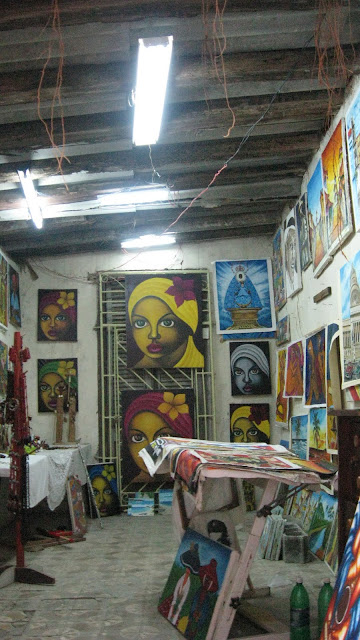 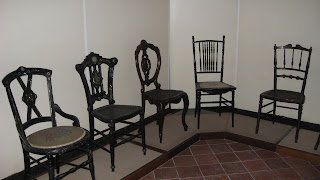 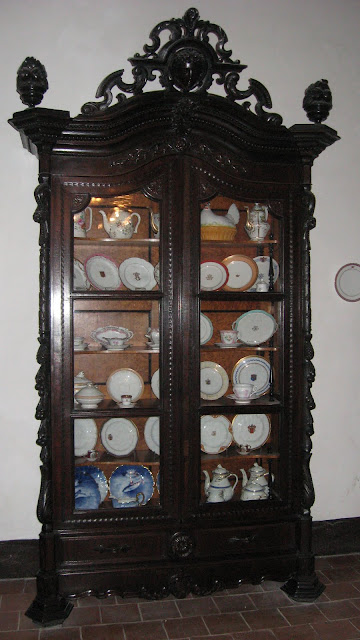 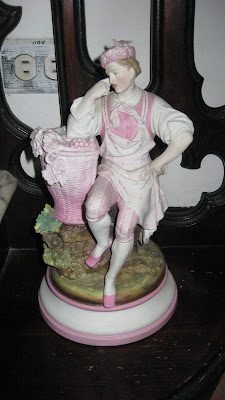 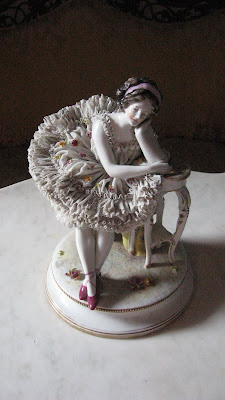 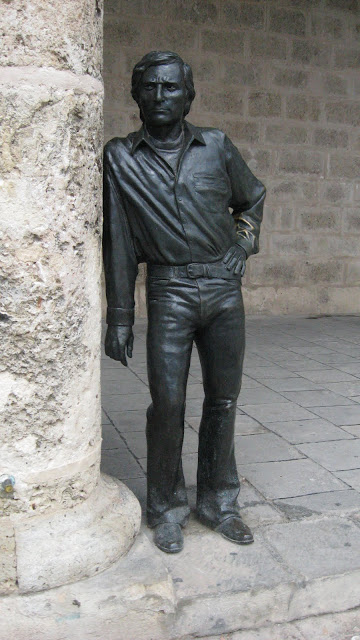 The Statue of  Antonio Gades 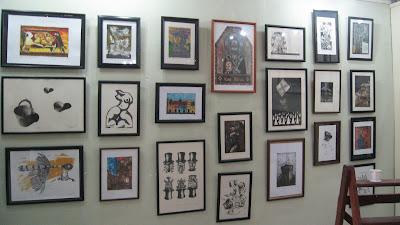 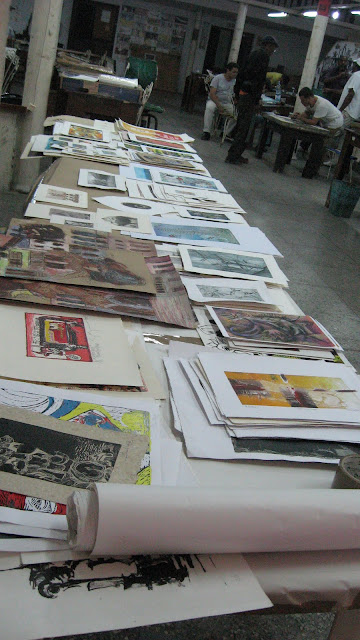 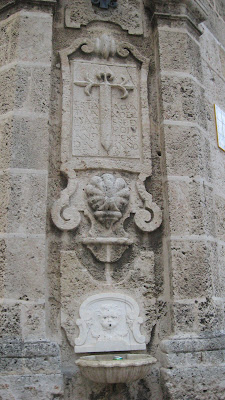