I'm embarrassed to say that I've smoked very few of the Canadian Regionals through the years, even though I live in Canada. That may be the reason why....because they`re available to me. They have a pretty decent selection and a couple of them are Robainas which seem to be very popular nowadays. The other reason may be because cigars are so expensive to buy here in my city with probably the highest taxes in the world being added onto tobacco. This Petit Robusto cost me $33cnd in a cigar shop here in Toronto. I think that`s outrageous. 1200 numbered boxes of 25 cigars, a Petit Edmundo @ 52 x 110 (4.3"), were released in 2009 for Havana House of Canada.
It was an absolutely beautiful cigar....flawless. It had a caramel coloured, smooth, shiny, oily wrapper with a slightly bumpy cap. The cigar was as hard as a rock to the touch which is always a worry. The pre-light draw gave me light cedar and tea and appeared to be ok. Once lit, it was confirmed that the draw was perfect. It starts off mild and sweet with light cedar and a pretty good burn which goes a bit off after the first inch. Getting to the first 1/4, hints of earth come and go but are replaced by toasted nuts with undertones of wood....and the burn is still off.
Nearing the first half I'm picking up strong flavours of tea and wood with a good solid ash that falls on it's own and leaves me a nice cone. The draw is perfect. It begins to pick-up strength nearing the last 1/3 and I can taste a bit of leather. The burn is only slightly off now but it's burning a bit hot. I have a tendency to smoke my cigars fast so once I slow down a bit the cigar cools down and mellows again.
Around the last 1/4 the burn straightens itself out and I can taste a bit of earthiness creeping in. Burn is way off now so I touch it up with my torch. Now earthy and woody and picking up strength. At the last 1/4 the cigar heats up again so I put it down for a few minutes and let it go out. I wanted it to cool down completely before trying again. Once relit the cigar was fine and I was able to smoke it a few more minutes before not being able to hold it comfortably any longer.
In conclusion, I liked the cigar but not the price tag. Having said that, if I can pay what I normally would, I would buy a box. They are not terribly strong or complicated but had a pleasant combination of flavours that made it a pleasure to smoke. This cigar can be smoked any time of day and I had it on an empty stomach, before dinner, with nothing to drink. They're smoking great right now, I don't know how age can make them any better, different maybe, but not better. Try one if you can get them. 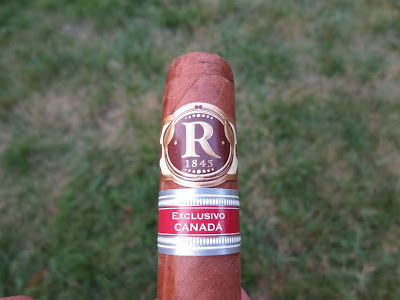 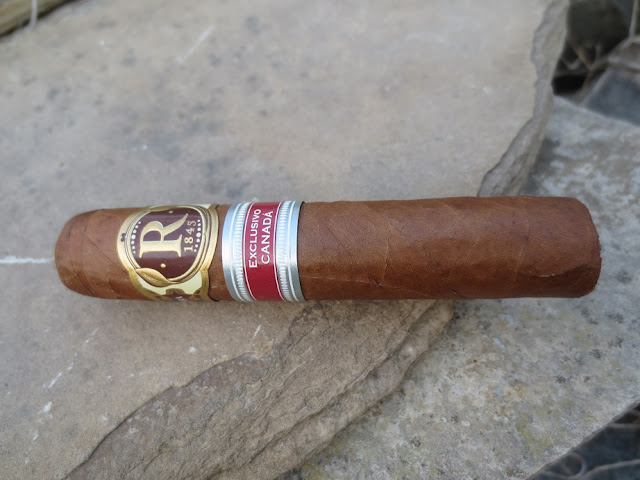 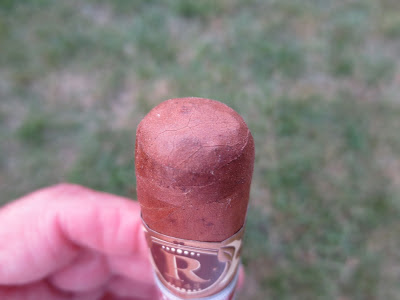 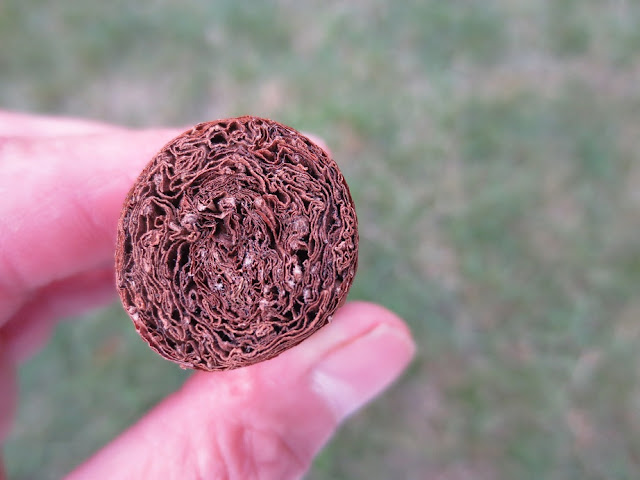 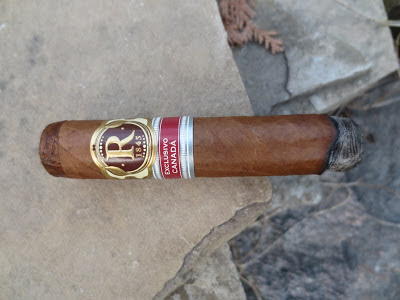 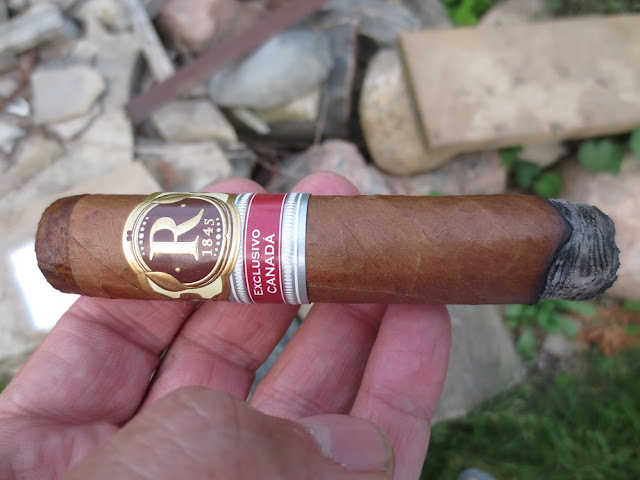 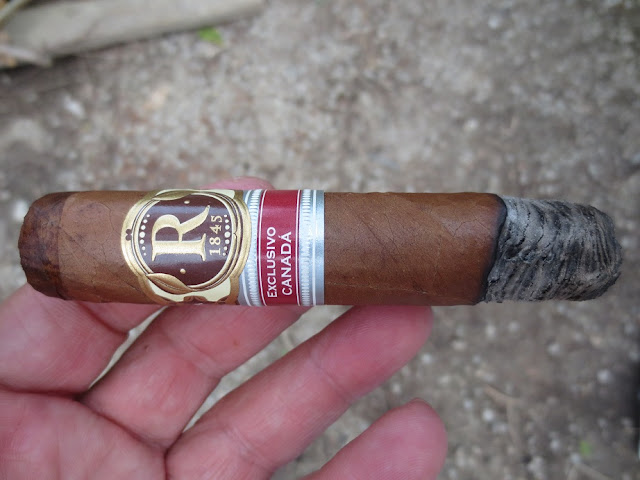 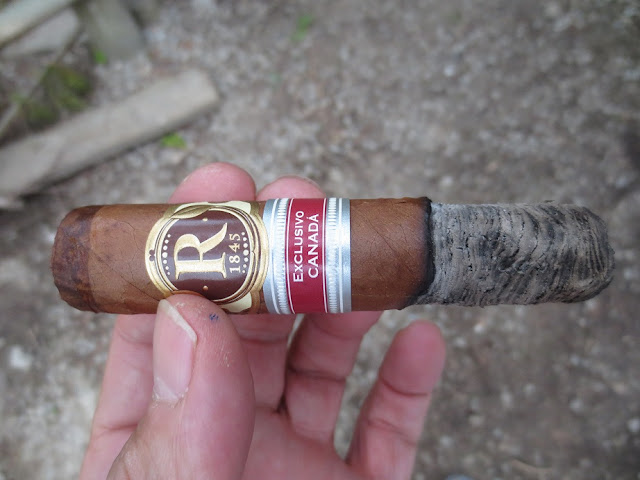 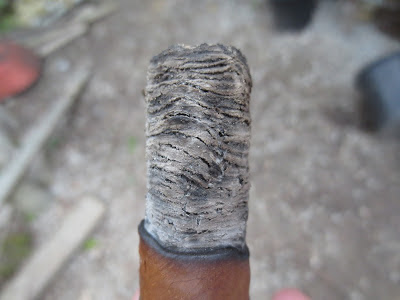 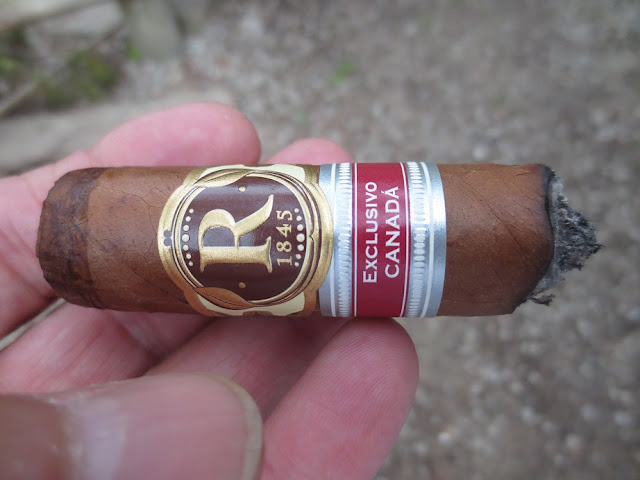 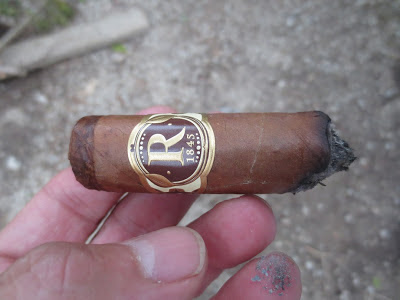 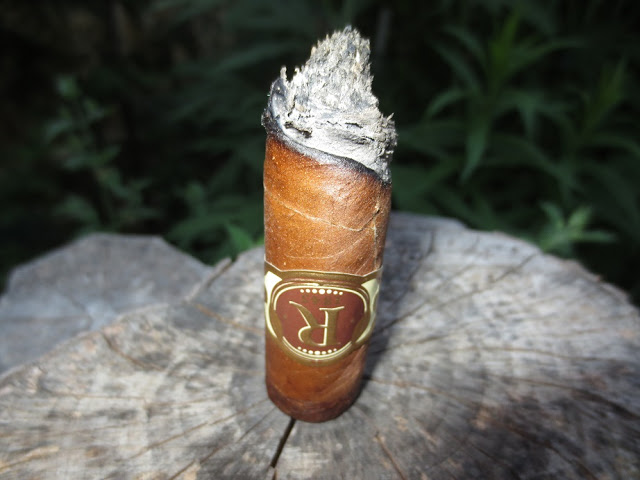 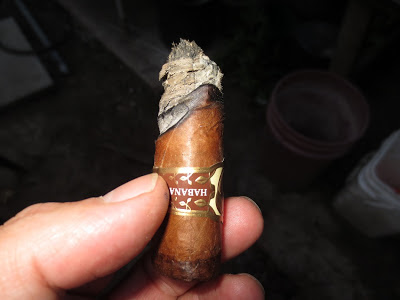 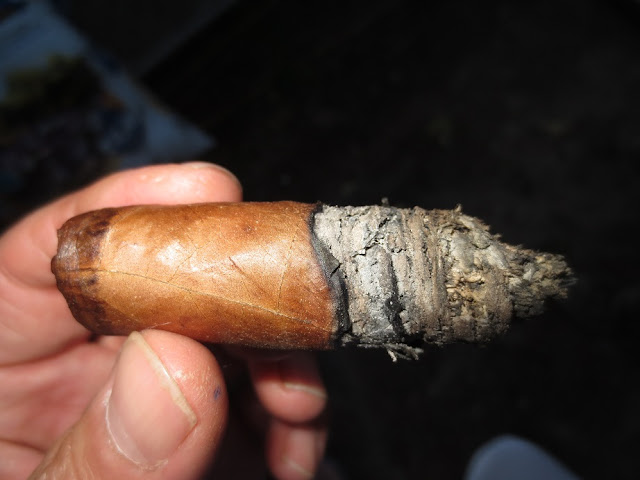 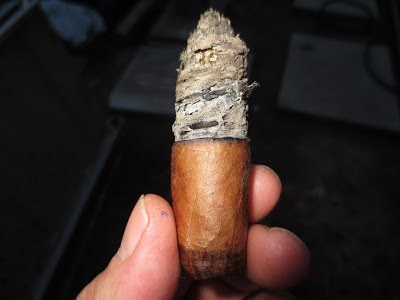 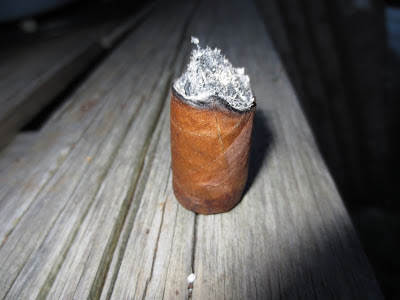 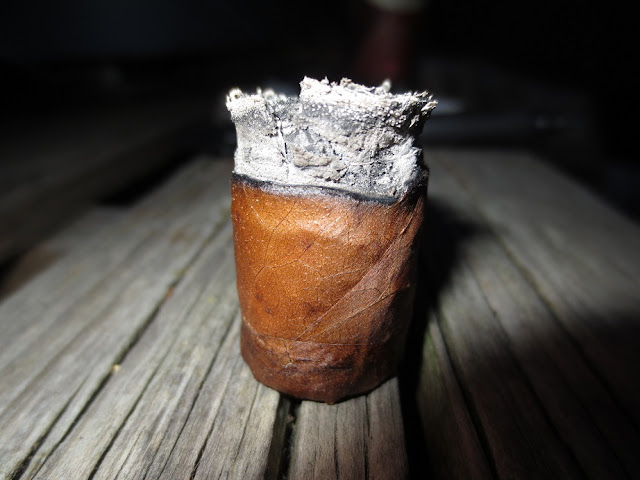