Although it's showing that this cigar hasn't been released yet, I've seen pics of people's purchase of these cigars on various social medias....I therefore don't know it's status. Weighing in at 48 x 140 (5.5"), they consider this a Grand Corona. It will be sold in a Dress Box of 10 cigars. The one I smoked was handed out at the Habanos Festival this past year.
Firstly I have to say that by the time I smoked the cigar on this evening, I was substantially jovial with the amount of wine I had consumed (starting on the Santiago 11 year) and I was part of a little reunion with a couple of good friends....the distraction level was quite high. However, I can say that it was one of the tastiest cigars I've smoked in some time with a varied flavour profile. I detected coffee, chocolate and wood after lighting this mottled cigar and it tasted a bit musty after the first quarter. It turned out to be a medium bodied smoke that will turn into something wonderful in a few years if you can restrain yourself from smoking them...they're smoking ok right now. Both the draw and burn were good. Let's hope that when they're finally released, they taste like this one. 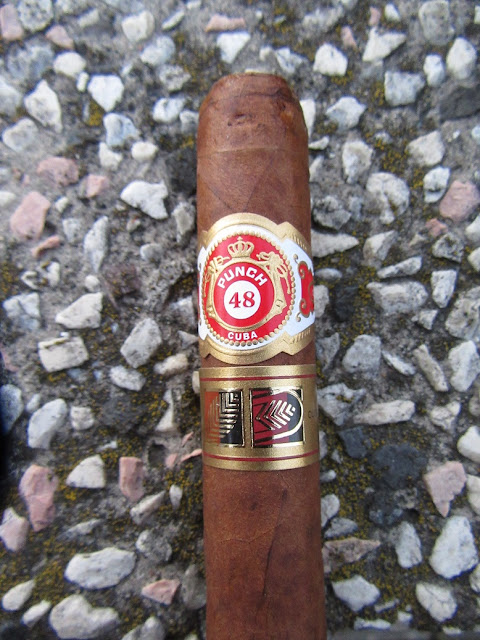 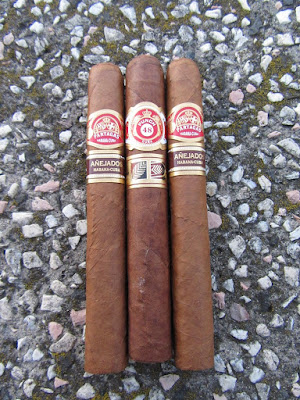 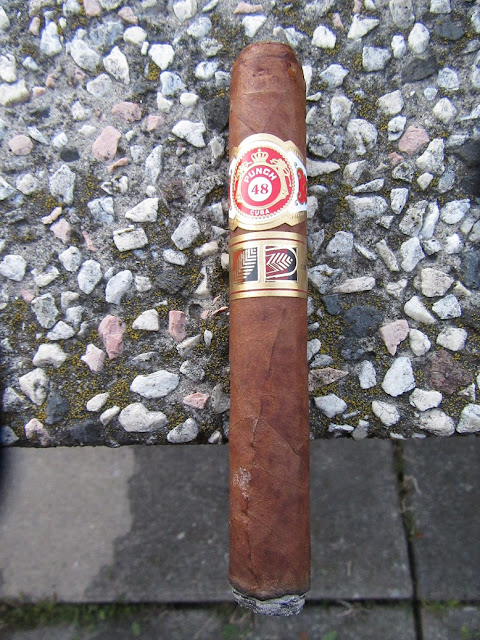 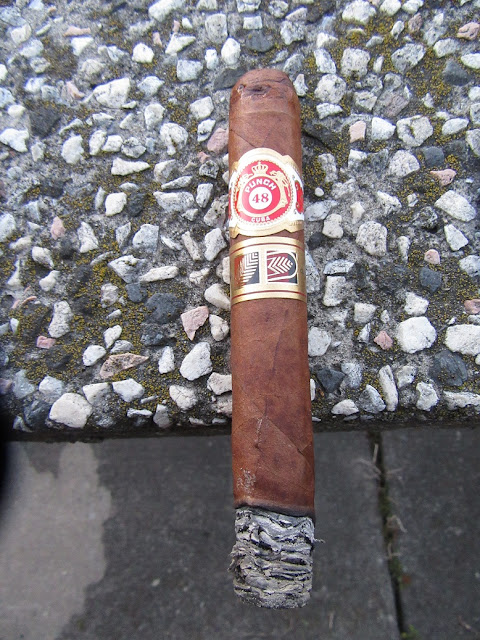 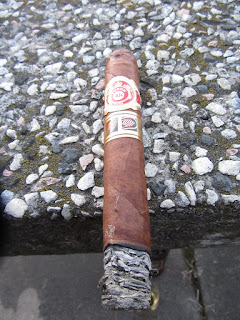 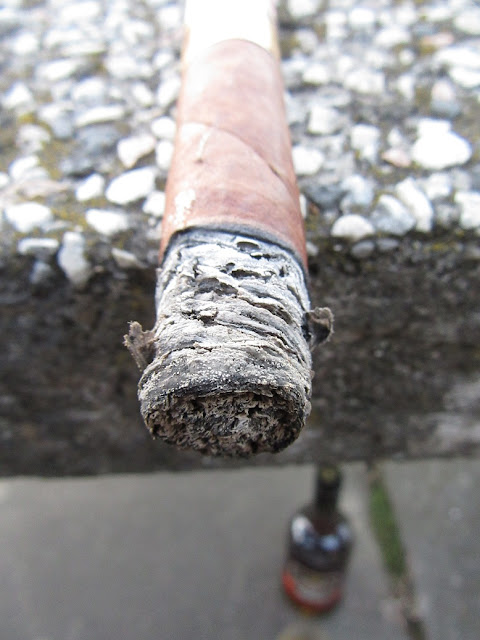 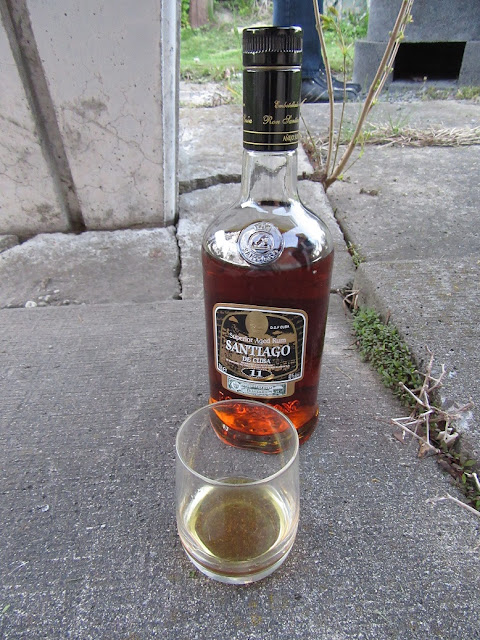 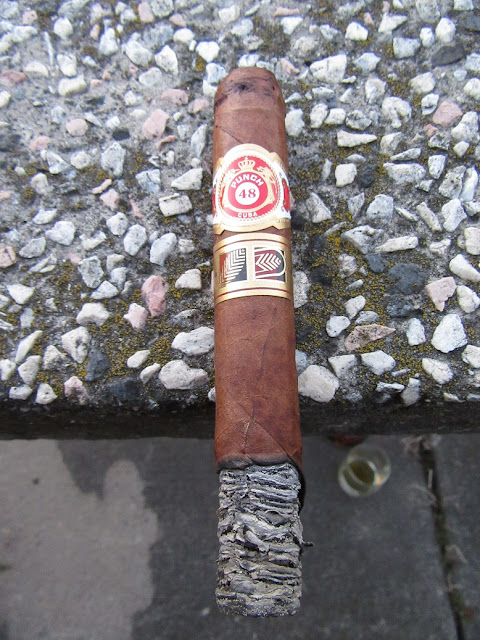 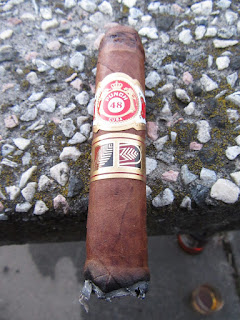 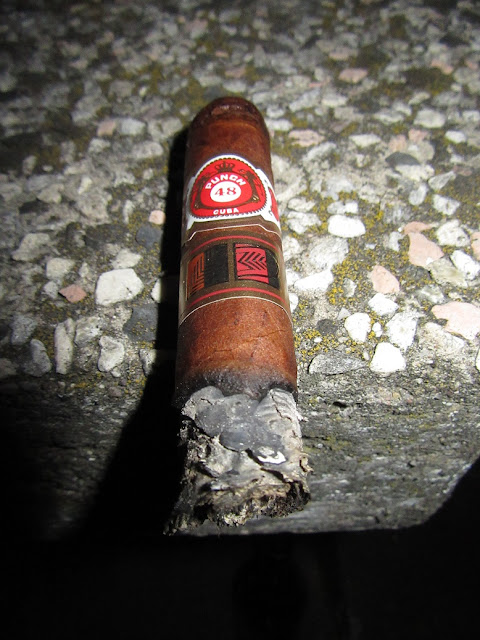 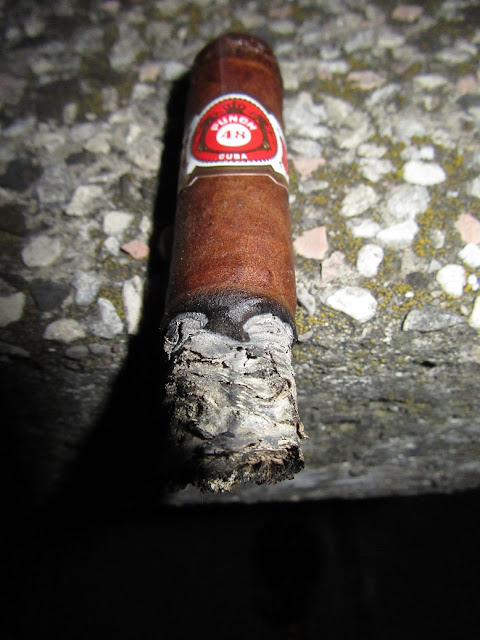 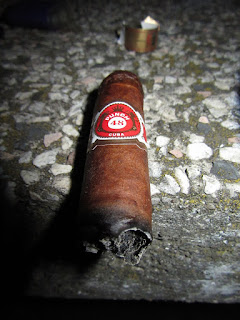