It has been a couple of years since I last visited the Robaina farm and that would be the last time I spoke to Hirochi. I met him several years ago while visiting his grandfather Alejandro for the first time. That was when Hirochi and I became fast friends. Since that time I have visited the Robaina farm many times but mostly while Alejandro was still alive. I've enjoyed many a cigar, cerveza and ron under the Ranchon to the side of the house and before that was built we would just sit out back. Throughout those visits I've had many animated conversations with Hirochi on a variety of topics. Hirochi, being a well-rounded individual, could talk about almost anything. However, this is the first time I actually sat down and interview him. It,s not so much an interview as it's a conversation among friends. Between his belting out Luis Miguel songs on the Karaoke machine, I managed to ask him a few questions. That was the first I heard him sing and he wasn't bad. Apparently he's asked to sing at parties in and around Pinar del Rio quite often. He was to be at one of these parties after this interview.

This would be his second marriage. He has been married to his current wife for 8 years now. He has three kids in total, two with this wife and one with the first.

2. How old were you when you began to work for your grandfather?

Hirochi was 20 when he began to work for Alejandro. He's now 36 years old.

3. Where or how did you get your cigar knowledge?

Born in Havana, he graduated with a degree in Meteorology, he was 18 years old. He decided he wanted to join the family business so he went to the Robaina farm in Pinar del Rio (San Luis). And so it begins... Alejandro sends Hirochi to work at the Partagas factory while Ernesto was director, so that he could learn the business. He wanted Hirochi to learn the things that he hadn't, things that he had very little or no knowledge of, the other side of the business. He took the Rollers 9 month course and became a Roller within the year. After working at Partagas for a year, Alejandro sent him to the H.Upmann factory where he would see what was done with Robaina Cigars. At this time the Robaina cigars were being rolled at this factory. This was when the H.Upmann factory was located on Amistad behind the Partagas factory. Here he started as a roller under Galera Director Miquelito and sat at the same Roller's table as did the famous Buena Vista Social Club artist Compay Segundo. Hirochi admits he wasn't a fast roller, he wanted his cigars to be perfect. What he lacked in speed he made up for in quality. After working there for 6 months, Alejandro asked Molina, the director, to send Hirochi to work at all the different departments in the factory. Once having completed the tour Hirochi returned to rolling. One day some people from Habanos SA came to get him. They told him he had 72 hours to get ready, he was going to Lebanon with Alejandro. On the return trip from Lebanon his grandfather told him he wouldn't be going back to the factory, he was to come to San Luis to work for the family.

4. I know when Alejandro died, all eyes were on you and not necessarily in a favourable way. Has anything           changed since then?

Definitely, he says he showed everyone in the way of production and quality of tobacco coming from his farm. That's when things started to change for him. Everyone thought the farm would collapse but he showed them it can work without his Grandfather.

5. I understand you increased the size of your crop & started using different methods than your grandfather.

6. Any plans to cultivate the land by the main road?

That land was not his. He has recently added a large sign with an arrow pointing towards the road to his farm. Before this sign it was very difficult to find your way there. Many a taxi driver have taken unknowing tourists to a Robaina imposter (so Hirochi says).

7. Do you grow any other crops?

There's a bean they grow that isn't eaten, it only adds nutrients to the soil.

8. How long has the Robaina family owned or farmed this land?

9. How many people do you employ?

It was November when I interviewed him and at this time he had 20 people working on the farm but during his high season he can have as many as 160.

10. How many of these people live on your farm?

The answer to this was none. The reason I asked this question was because on my many visits I noticed quite a few houses on what seemed to be the Robaina property. His actual farm is a few minutes away from the main road. You must drive along a dirt road to get to the Robaina house. I always assumed that all this property as well as the property closer to his home was all his....I was mistaken. All the homes I've seen along the way were not on his property after all but most of these people work for Robaina at some time during the year.

11. Any plans for future travel?

He tells me he was approached by Habanos to continue his Grandfather's promotional work but as the 'Prince of Tobacco'. If anyone knew Alejandro, you knew that travelled the world promoting Cuban Cigars.

12. How many countries have you visited with your grandfather?

He's been to South America, Europe, Asia and Africa. The place he's visited the most is Italy, 15 times. There were too many countries to mention. It's safe to say he's been all over the world.

13. What does the future hold for the Robaina farm? 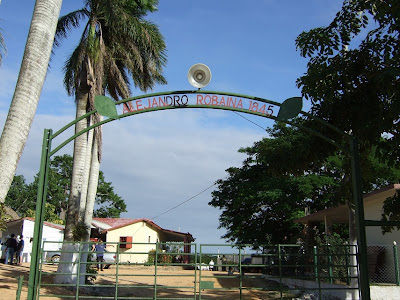 Entrance to the farm and home property 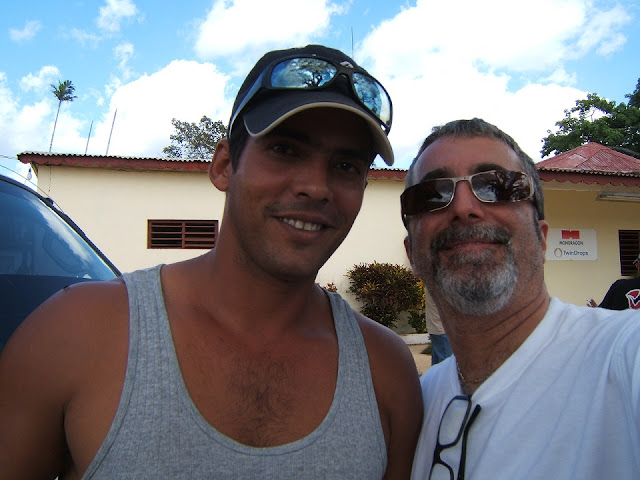 When we first met Jan.06 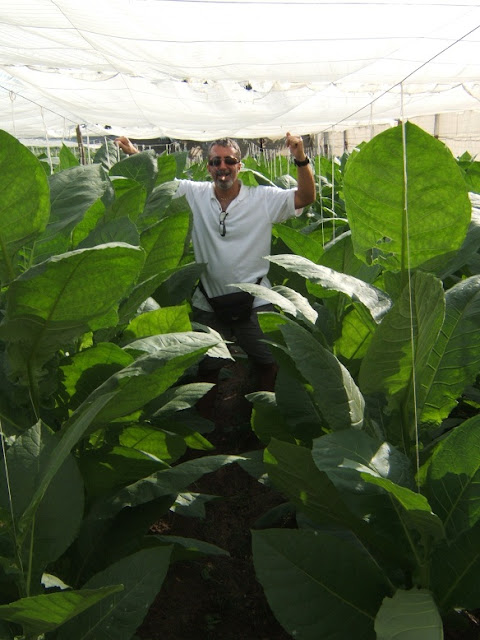 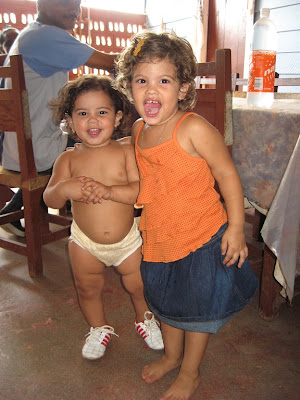 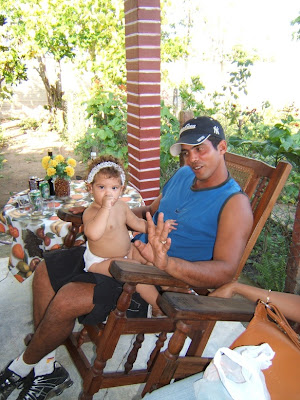 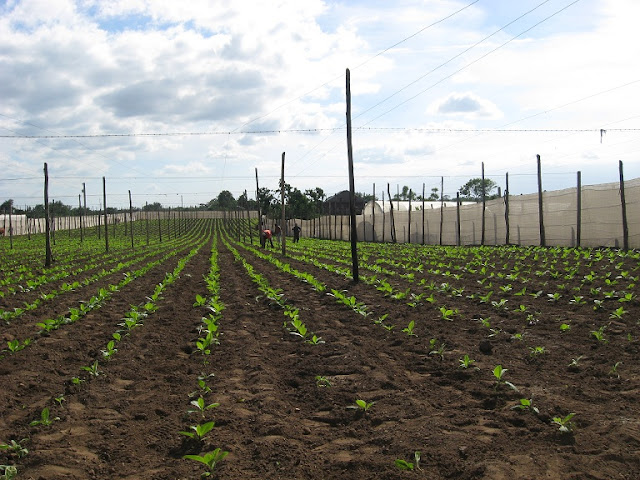 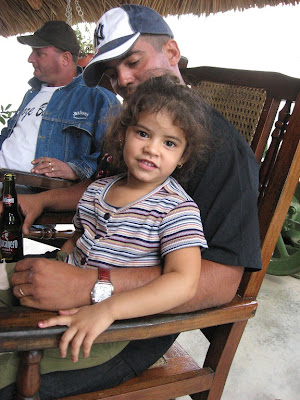 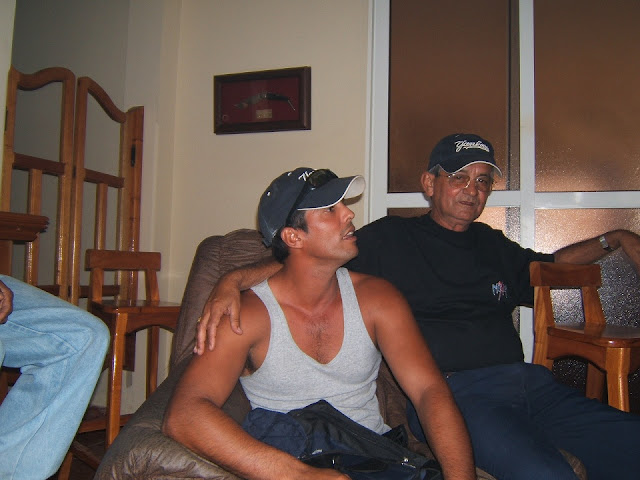 With his father Carlos in Jan.08 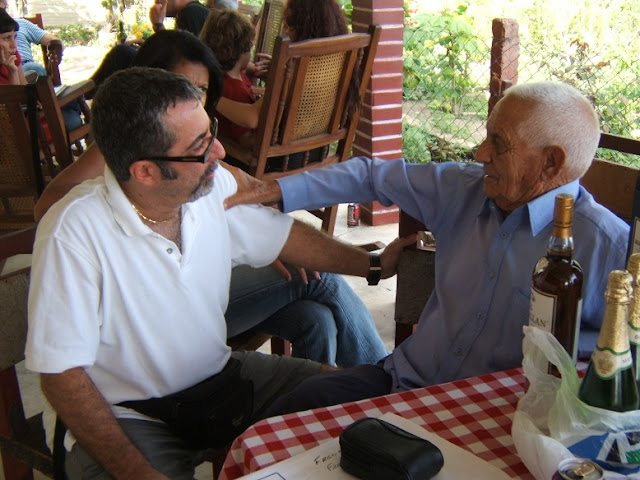 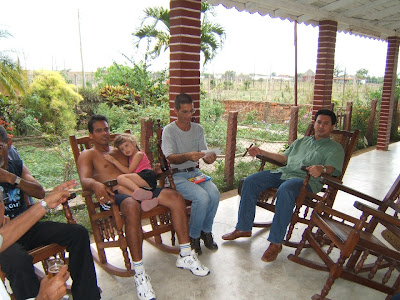 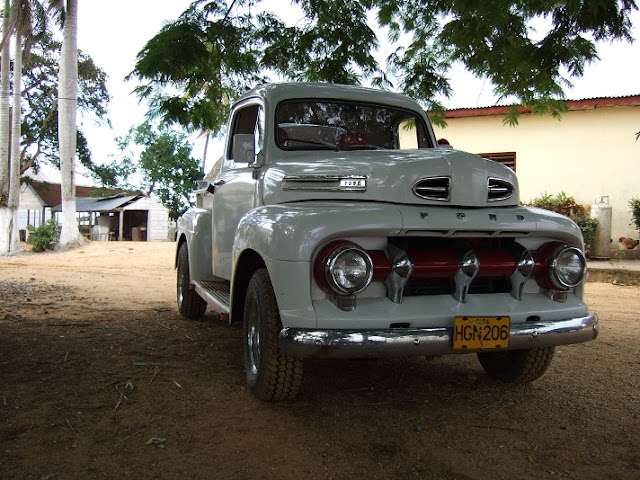 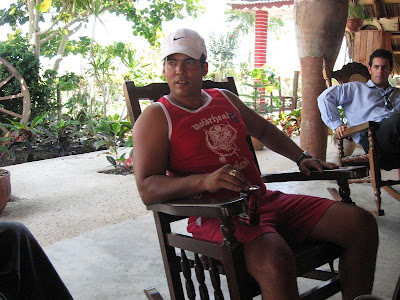 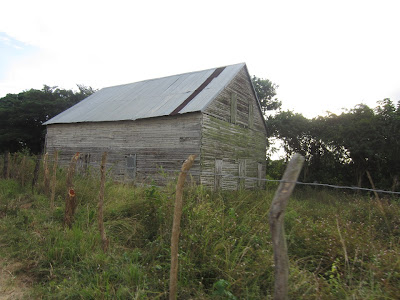 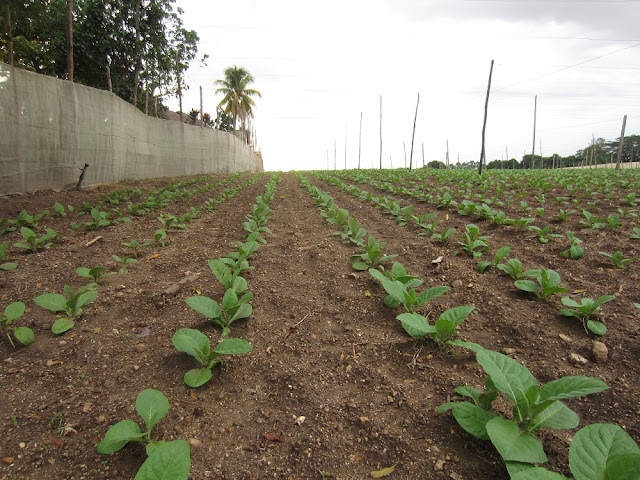 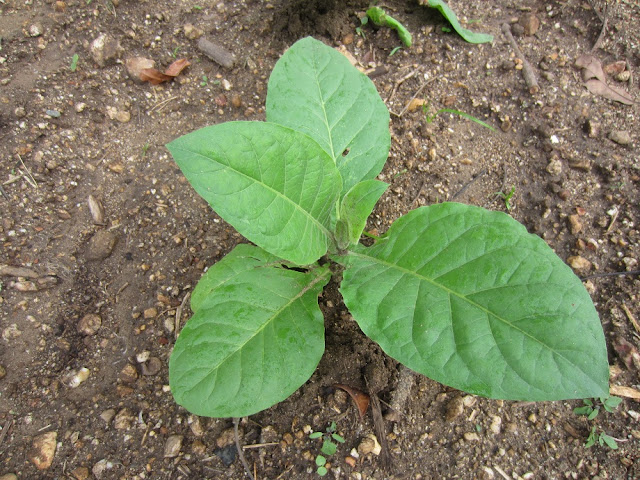 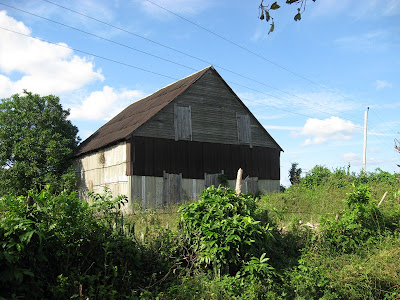 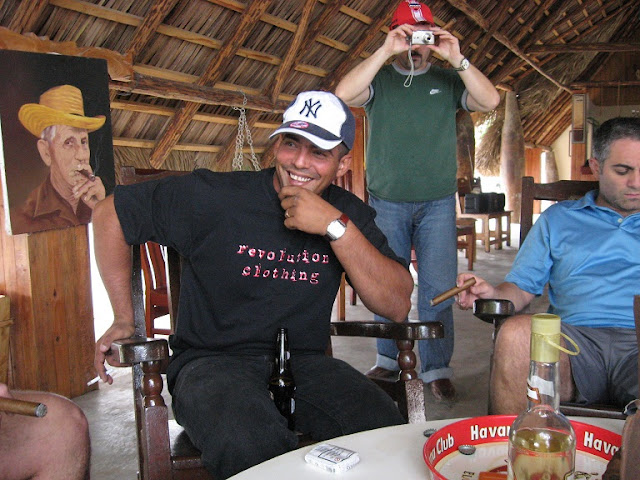 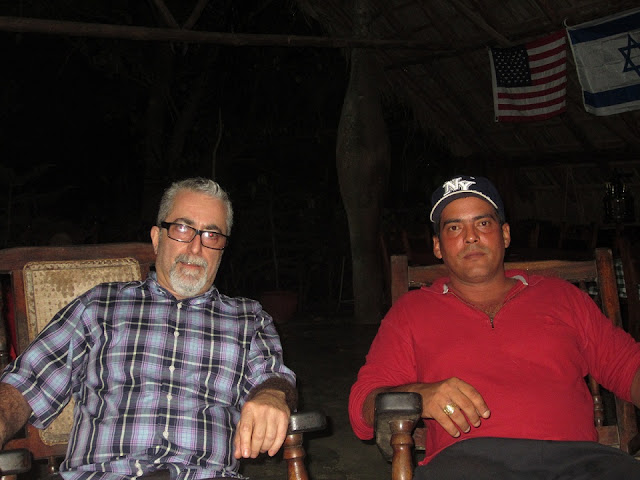 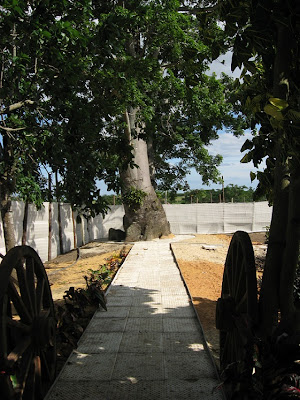 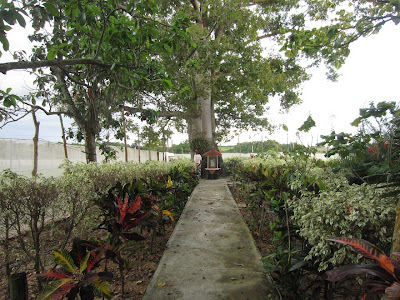