Regla is one of 15 municipalities of Havana with a total of 44,000 inhabitants throughout. The town of Regla, from what I can tell, is pretty much unspoiled. On my drive through on the way to the church I saw no tourists. A quiet place, not too busy, I can see my self walking through these streets without having to worry, it looked very safe. I must do that one day. The Municipality of Regla is made up of mostly Blue-collar workers. It's an Industrial area with shipyards, refineries, foundries and warehouses. On our way there we saw a huge lineup of container trucks waiting to get into the Havana Container Terminal. The Nico Lopez Refinery, which used to be the Shell Refinery before the revolution, is located here. You will drive by all of this if you go by car, around the Bay not across. You can also take the ferry across if you're not driving (which isn't very expensive) or you can drive through the tunnel (under the Bay) and get there Via-Casablanca. I can't tell you which drive is longer because I've only gone the one way but on a map it looks like the same distance either way. What I can tell you is that the drive from Old Havana to the church in Regla going around the Bay, as I did, took about 20 minutes.
This faith that the Cubans have for the Virgin de Regla, Patron Saint of Spanish Sailors, came to Havana in the 16th century from devotees from Andalucia, Spain. In 1687 Manuel Antonio constructed a small Chapel and placed a picture of the Virgin de Regla in it. It was destroyed by a hurricane in 1692 but reconstructed with stronger materials by Juan de Conyedo. At this time an actual image of the Virgin was sent from Madrid to replace the picture. The original Virgin de Regla is in Chipiona, Cadiz, Spain, in the 'Monastery of Our Lady of Regla' which was founded in 1399. It's named after the Bay it sits on. The town of Regla in Havana, which was established in 1690, grew around the church and was officially founded in 1765.
In 1714 the Virgin de Regla was declared the Patron Saint of the Bay and Port of Havana. The existing church was built in 1810. Many come to pay homage to the Black Virgin de Regla and I found a steady stream of people coming and going but I was the only one taking pictures, no tourists. Just outside the church you will find a bunch of characters hawking their wares. It's mostly women wanting to tell you your future for a couple of bucks or guys selling candles to light in the church. The day of the Virgin de Regla is celebrated every September 7 and is a pretty big deal around here, many people come from all around to participate. She is the Queen of the Waters, originally The Patron Saint of Spanish Sailors. 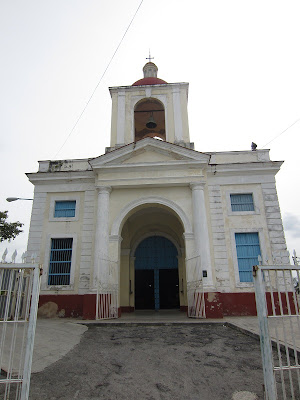 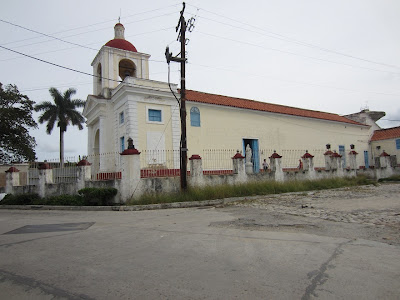 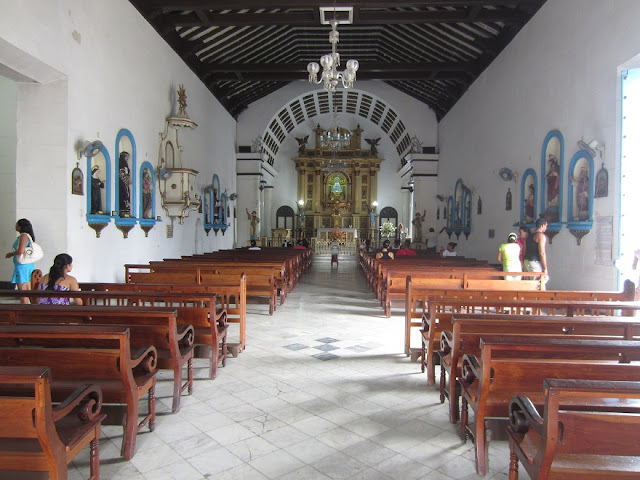 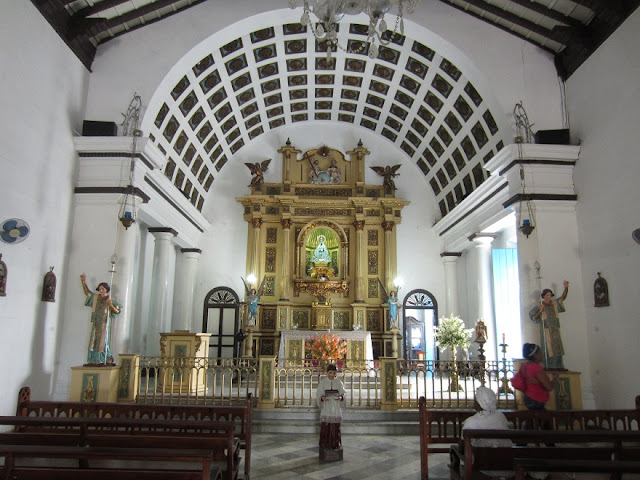 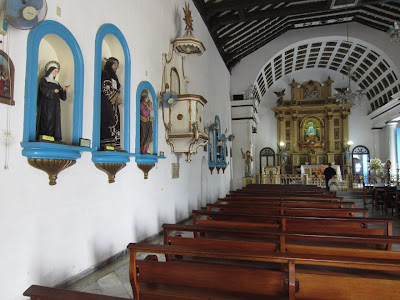 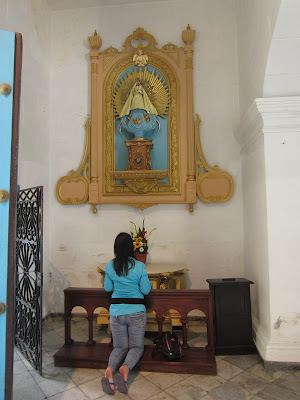 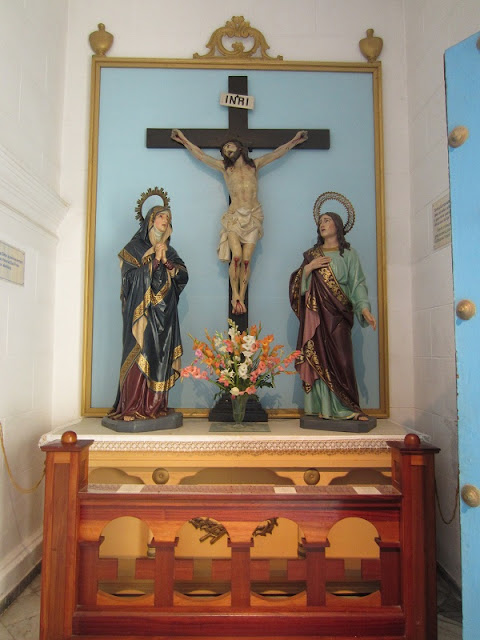 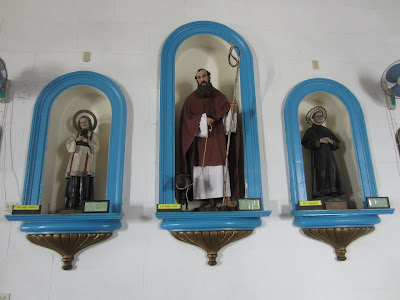 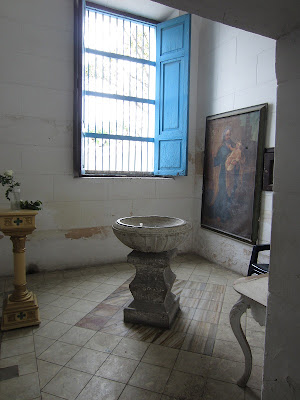 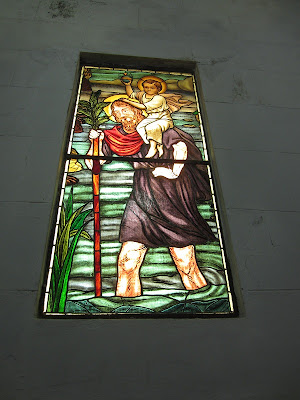 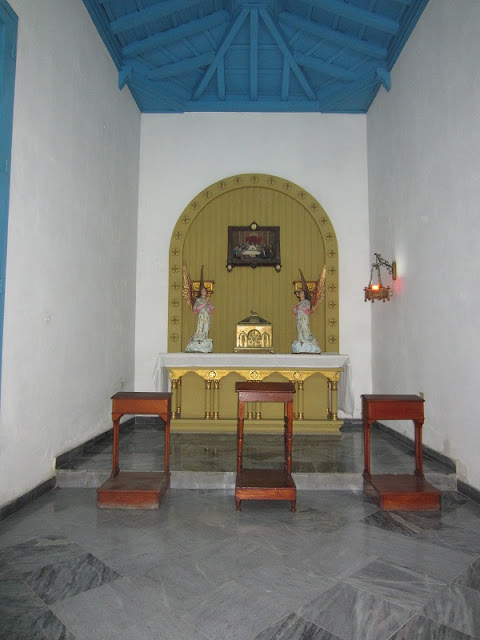 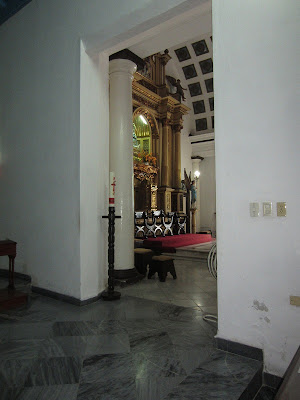 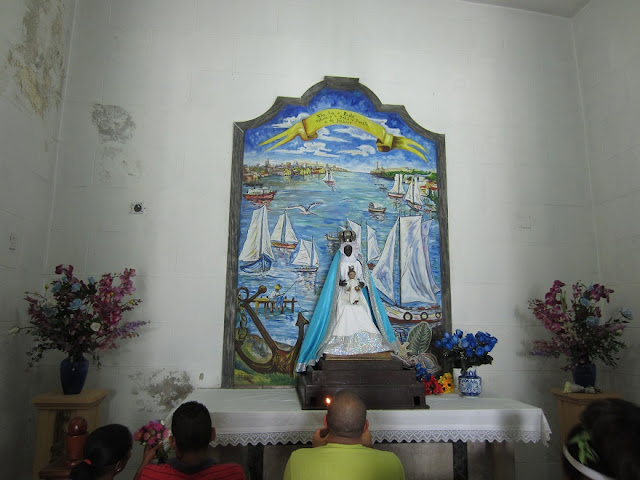 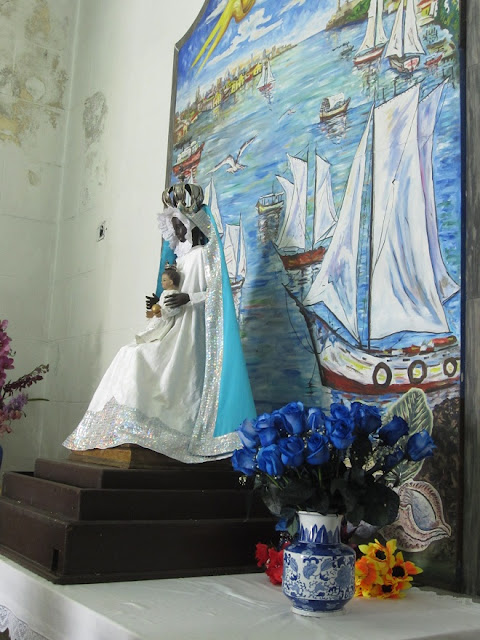 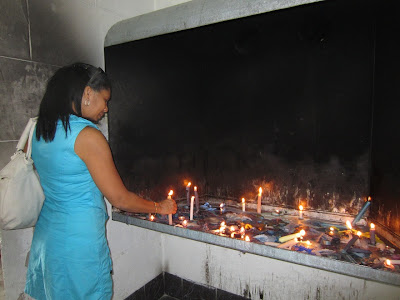 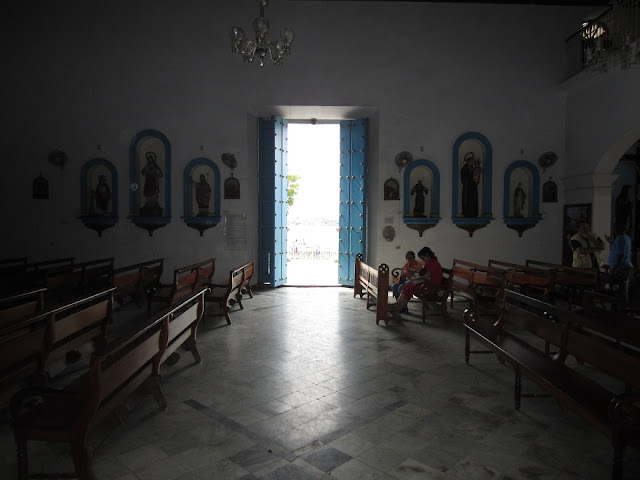 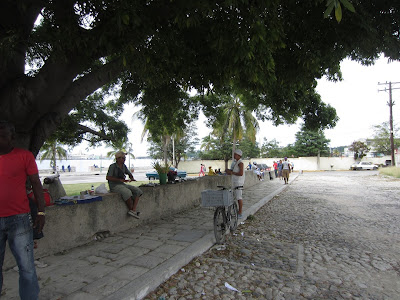 Hawkers Selling their wares in front of the Church 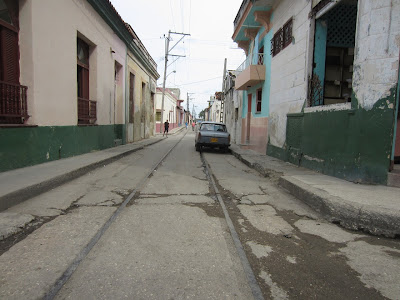 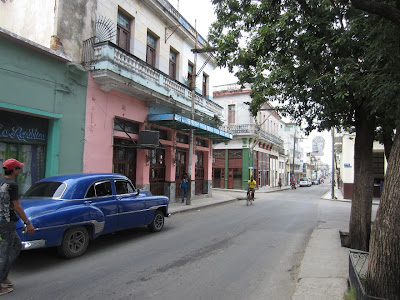 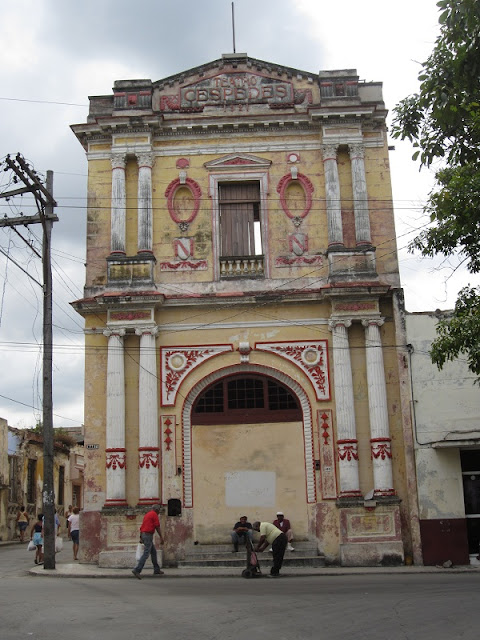 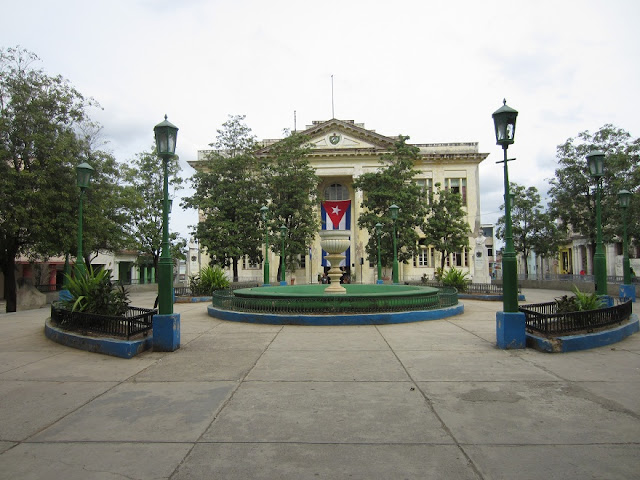 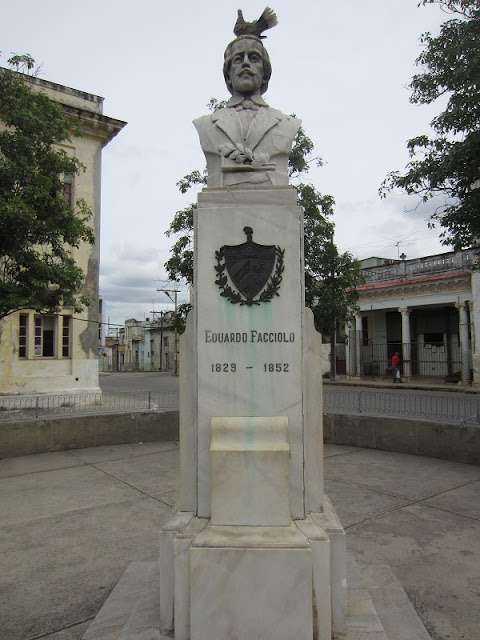 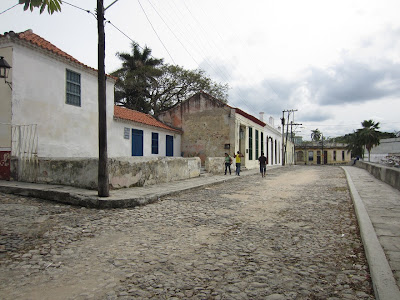 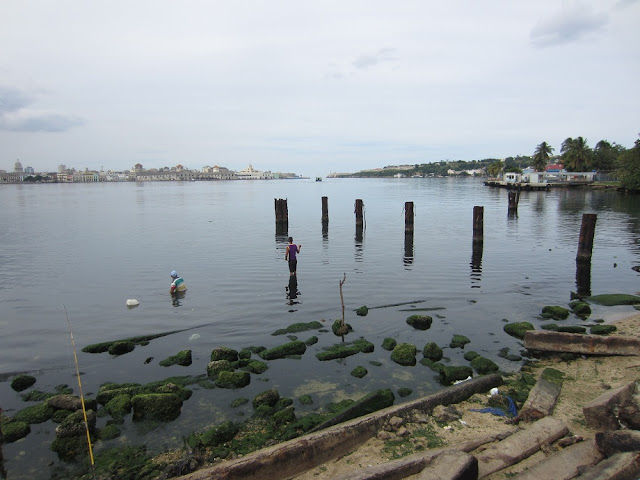 Views of Havana from the Church 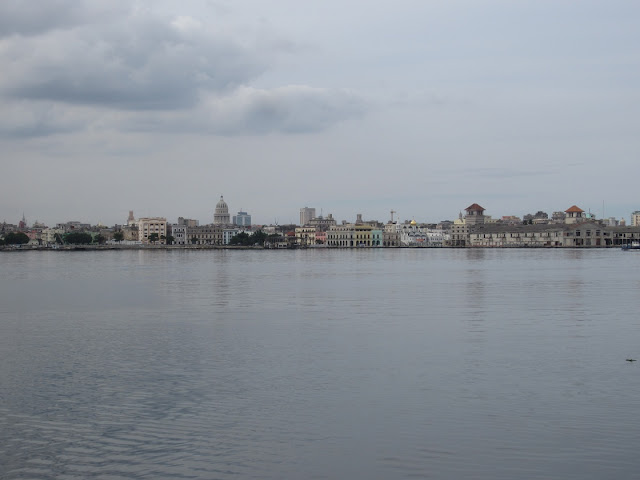