If you've ever wondered what this little tower was while driving by the Antonio Maceo park and monument along the Malecon, you are not alone. Asking around didn't get me a complete answer but thanks to the internet (and of course history books) the answer was not difficult to track down. In the early days of Havana, we're talking the 16th century, this part of the city was not yet part of the city. What today we call Old Havana was Havana, the wall around the city wouldn't be built until 1740. This part of the city, which is now within the Centro Habana district, was forest and coastline. Close to the Torreon was a little cove and small creek making this a good spot for pirates or enemies of Spain to land and begin their foray to the city. By 1665 the little tower, designed by military engineer Marcos Lucio, was finally built. It's purpose would be a spot in which the city's inhabitants could survey the waters near the entrance of Havana Harbor. The small tower couldn't be seen in Havana city nor by the Fortress there at the time. If a ship was spotted a bonfire would be started on top of the tower and the watchman would begin beating on a drum, this would send the alarm to the inhabitants of the city. It was the first structure captured by the British during their invasion of 1762. Close by is the San Lázaro Quarry where the hero José Martí was sentenced to forced labor in 1870.


Corner of Calle Marina and Malecon,
Centro Habana
(next to Calle Belascoain) 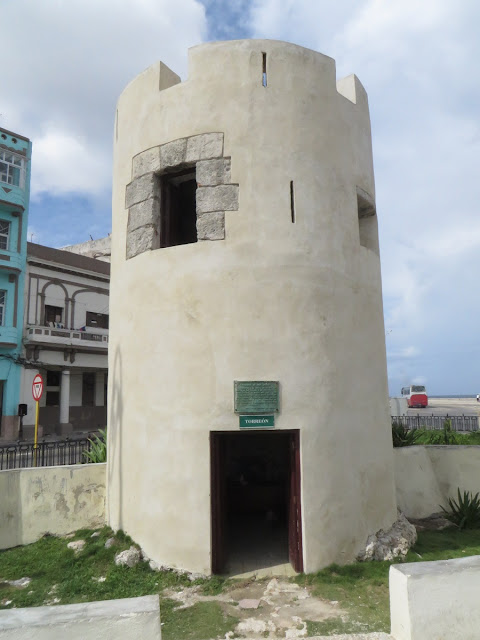 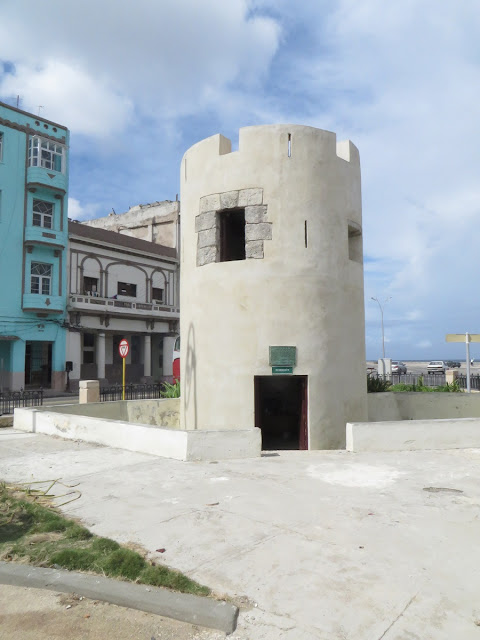 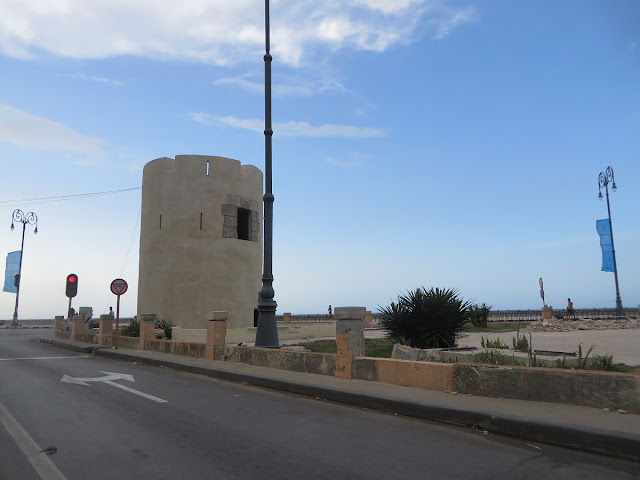 Calle Marina going towards The Malecon
Posted by matteocigars at 08:41