There seems to be a trend towards going back to the old days of when Havana had good ice cream for sale. Granted, it's a lot more expensive today than it was back in the 60-70's when 'La Coppelia' in the Vedado district of Havana was practically giving ice cream away. When the 'Coppelia' opened it's doors in 1966 it offered 26 different flavours, today it only offers one or two at any given time. The love for ice cream however has never diminished in Cuba and if you drive by Coppelia today, even though they only have the 1 or 2 flavours, you'll always find a lineup. I have heard over the last couple of years, with the regulations changing regarding the opening of private businesses, that there have been a number of ice cream shops opening up. Until my last trip I have never gone to one of them. I came across this particular one during one of my long walks and decided to have my dessert here that evening. I wasn't disappointed, as good as any I've had in Italian ice cream shops back in Toronto. Of course the machinery to produce the goodness probably comes from the same place we buy ours from in Canada, Italy.
During the day the place wasn't so busy but when we returned at night for our dessert around 10pm, the place was jammed. We were lucky enough to grab the last table available. I went to take a look at what was remaining flavour wise and more than half of what I saw earlier that day had been sold. At one point shortly afterwards they had to shut down before the normal hour due to (what they said) lack of water. You might say, what does water have to do with anything, which is what I thought. The answer was, how are they going to wash the cups and whatever other utensils are used for service. I personally think they had sold far more than they had anticipated and were using ice cream they had prepared for the next day. Even though the flavours we requested were not available behind the counter, they miraculously appeared in our bowls....our waiter assuring us when ordering that he would retrieve them from the back.
Although the prices were a little high for a Cuban, there seemed to be quite a lot of them there having ice cream right next to Tourists and Diplomats. I don't know if I would go out of my way to come here since I'm sure there are a couple of similar locations closer to or in the tourist area (Old Havana) but if you're in the Miramar area of the city, like I am, this is a good spot to frequent if you're in the mood for a good Gelato. Be aware, space on the patio is limited and it can get very noisy, a lot of families come here and the kids run amok. 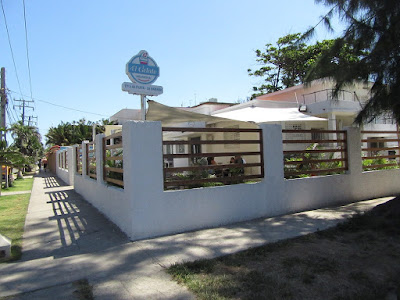 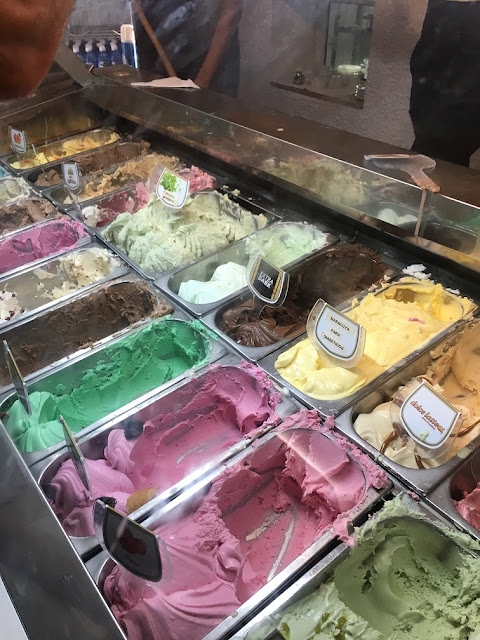 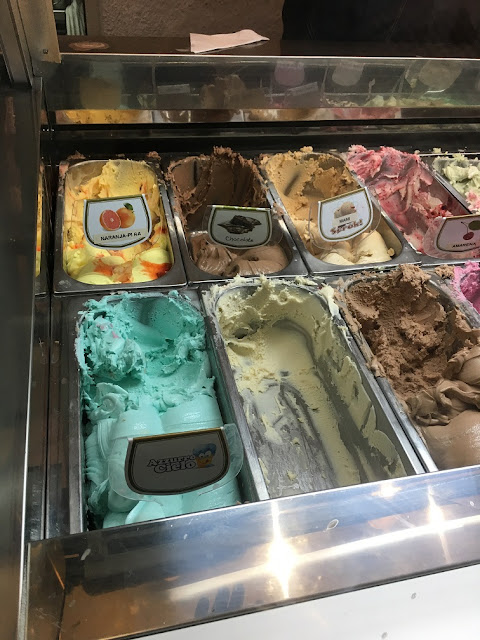 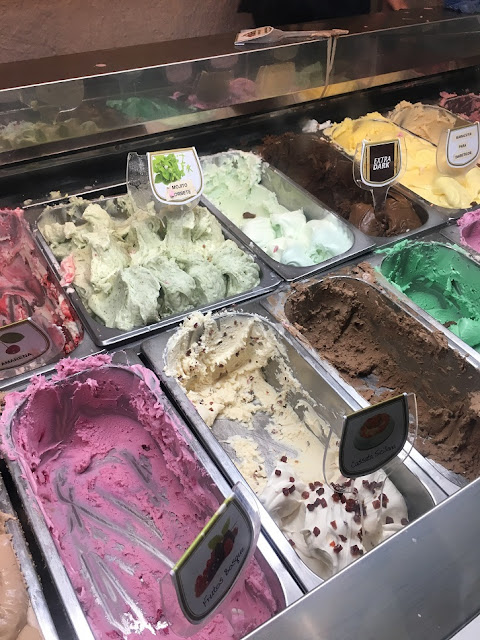 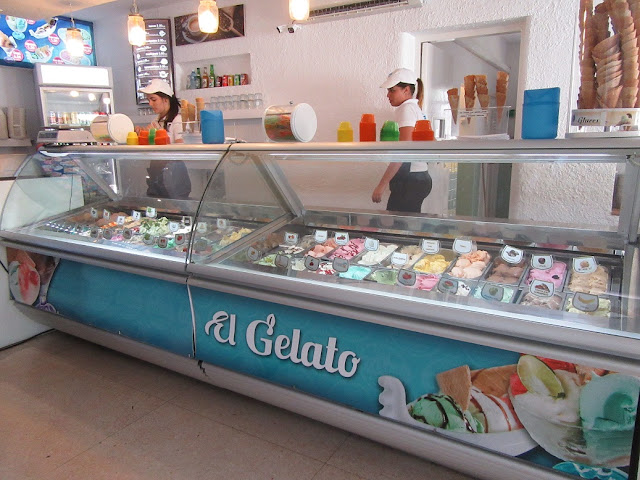 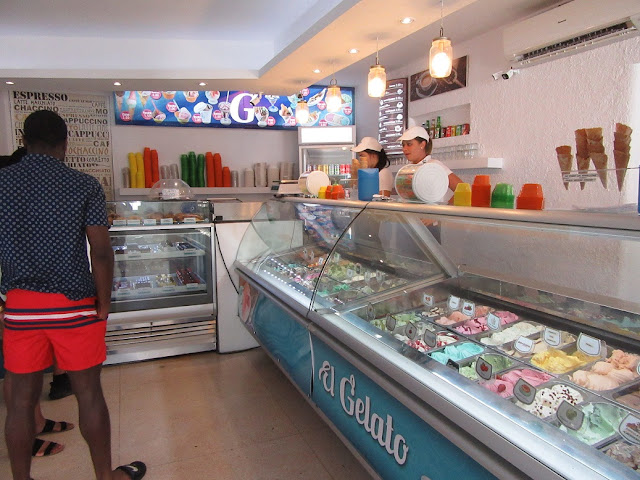 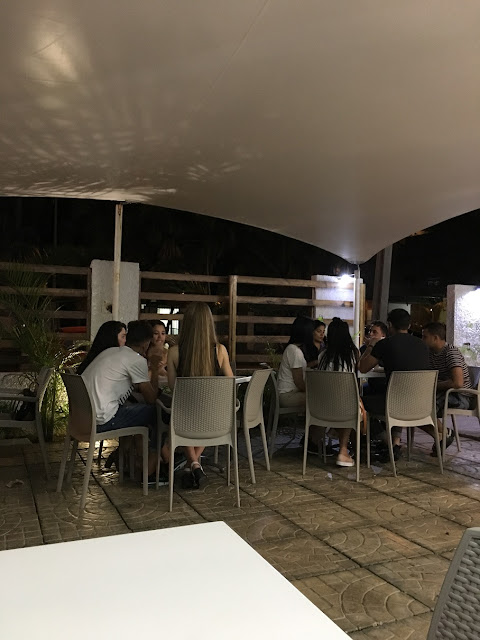 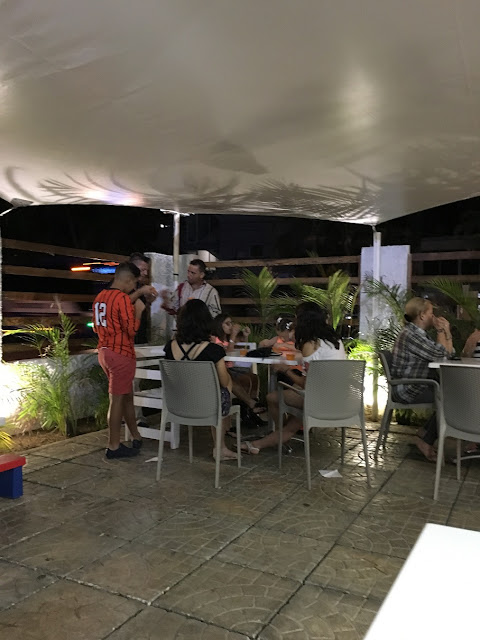 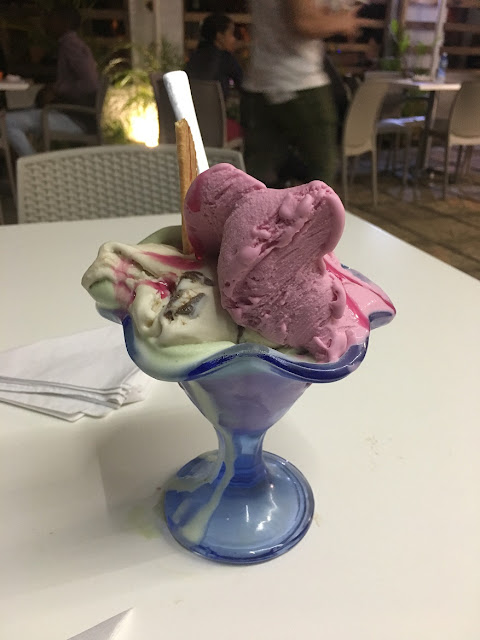 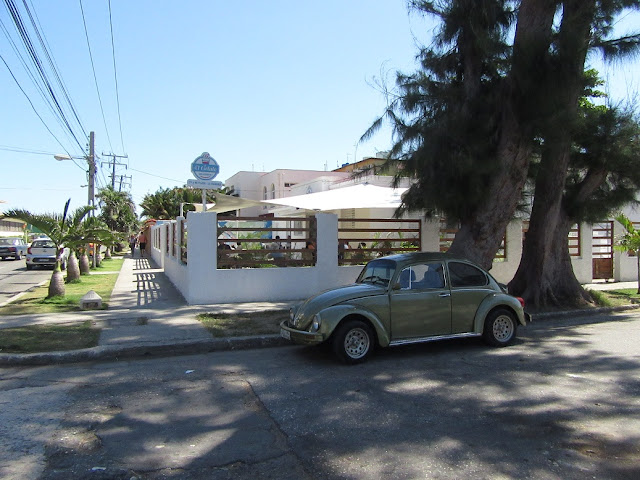