Let me start by saying that this was the first good paladar that I ate in back in 2005, Vistamar had opened in 1996. Many years later the landscape of Havana Restaurants has morphed dramatically after changes that were made to the laws regarding the opening of Paladares. Back in 1996 when Vistamar opened, things weren't so easy, that is to say that availability of product wasn't what it is today. However, I'm sure that partially due to it's amazing view of the ocean (Vistamar translates to Ocean View in English) and probably it's good service and customer attention, Vistamar has lived on and is actually thriving during today's better times.
After speaking to owner Alejandro Riva, I came to understand that part of the success of this restaurant has to do with Alejandro himself. The owner was very hospitable, answering my questions and allowing me to photograph his restaurant regardless of not eating there at that time. He was actually a little embarrassed of his downstairs and indoor spaces even though, as you can see from the pictures, the place is very nicely decorated. I understand that the view is spectacular and probably most people want to sit outside but the inside of the restaurant is tastefully decorated. He was also reluctant to allow me to take pics of the menu saying that it changes on a regular basis, so keep in mind that the menu I've posted below could be slightly different if and when you go there....at least now you have an idea of what to expect.
As I had said, I didn't have the opportunity to eat here at this time but must make the trip next time I'm in town. The menu looked very promising offering several delights from the sea complimented by some appetizing meat dishes. In case you're confused by the last picture, it shows that the restaurant is wheelchair accessible. 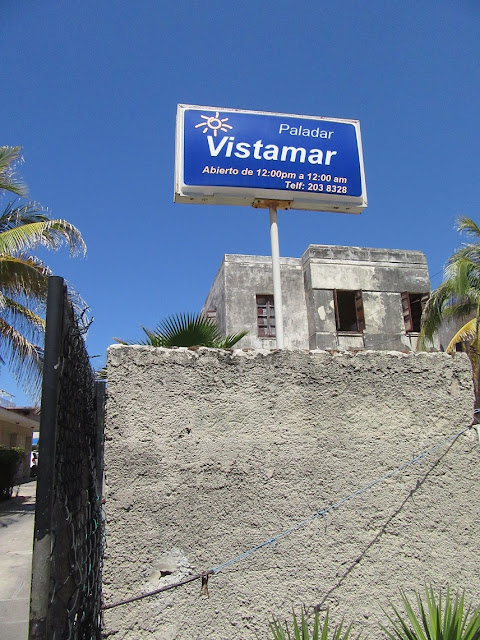 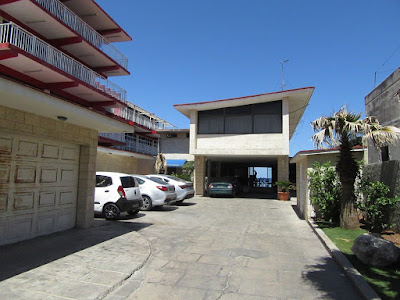 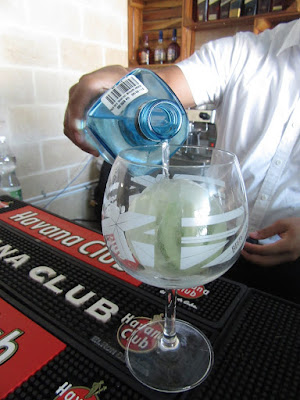 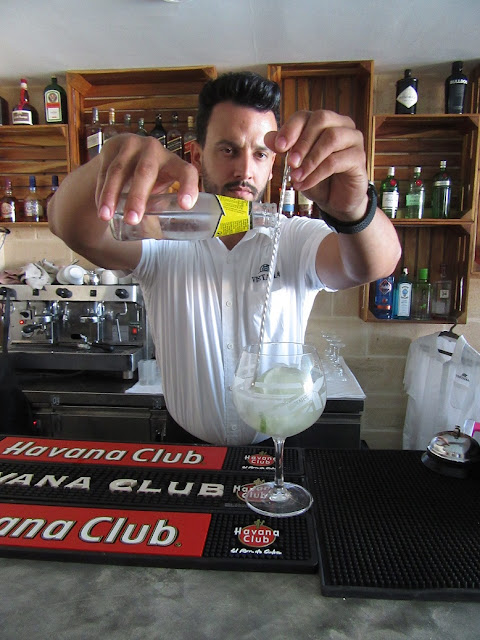 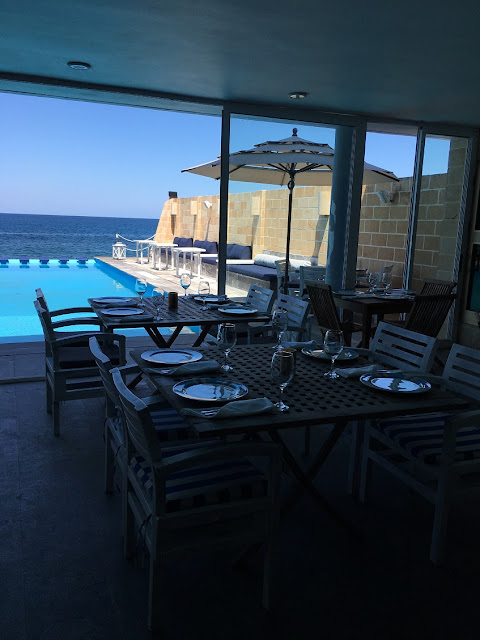 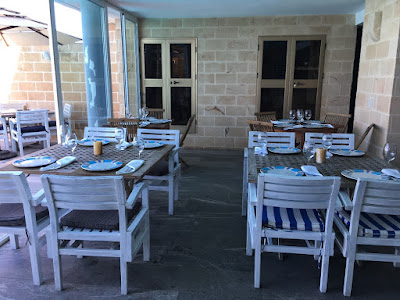 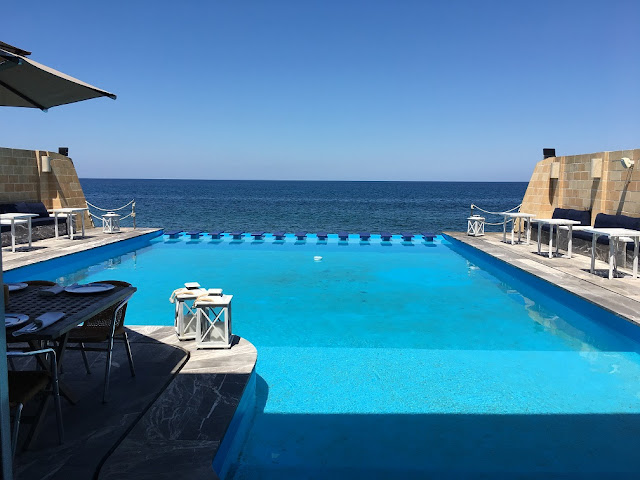 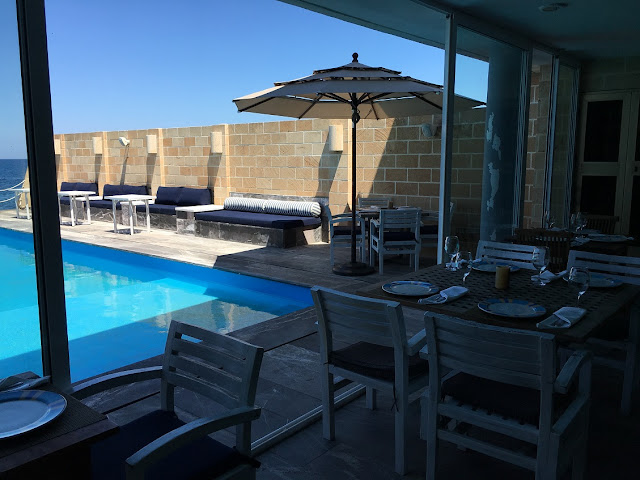 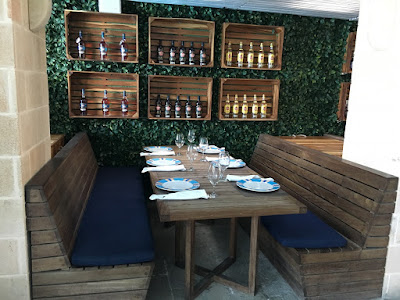 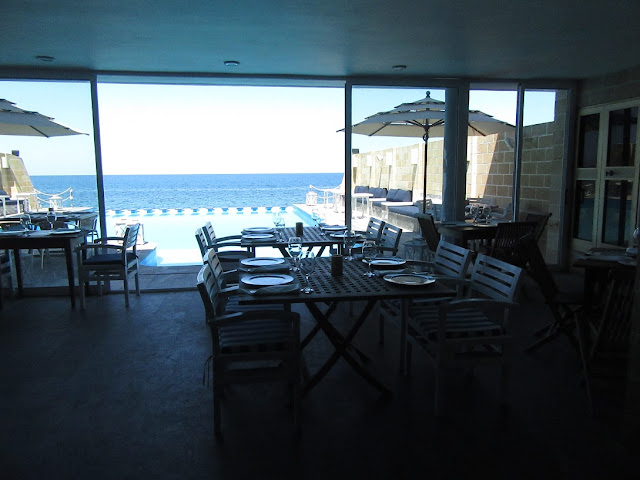 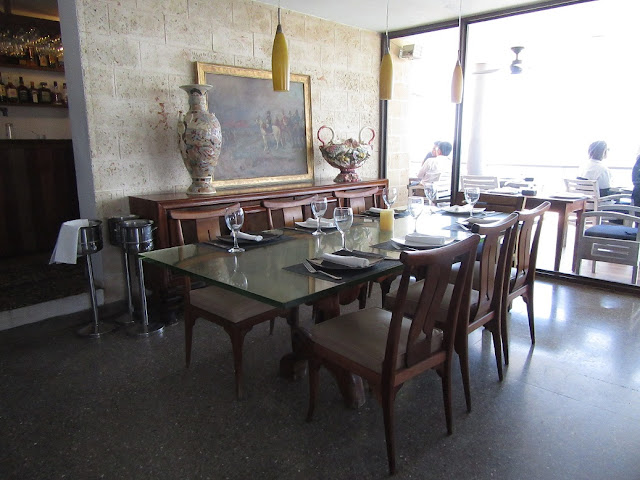 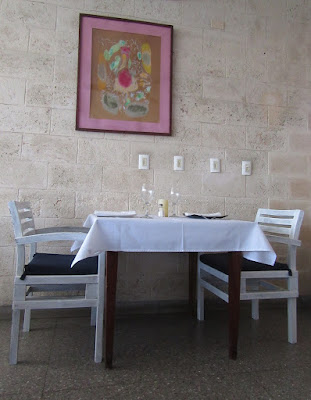 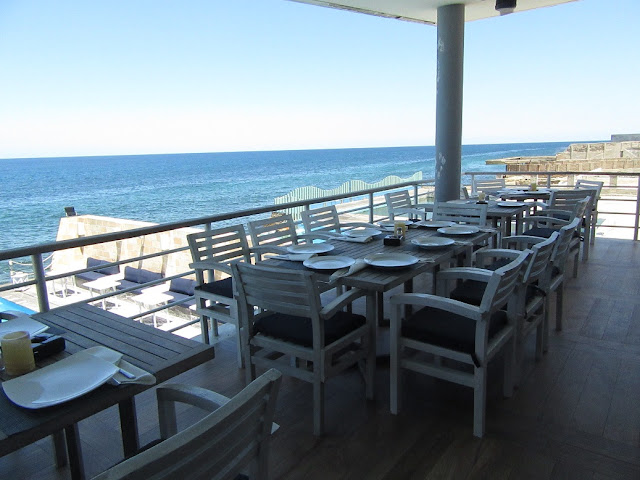 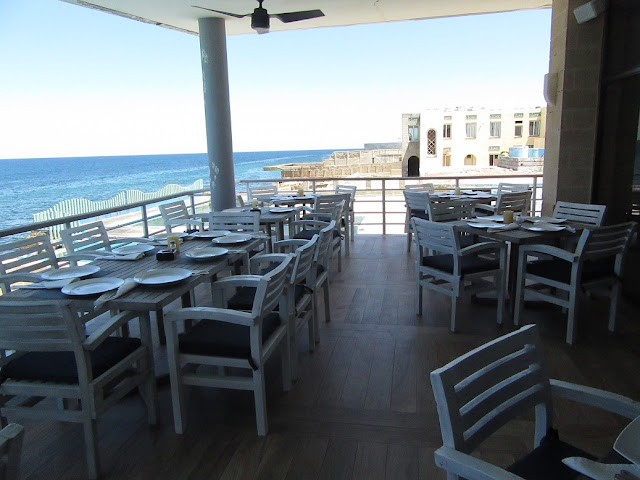 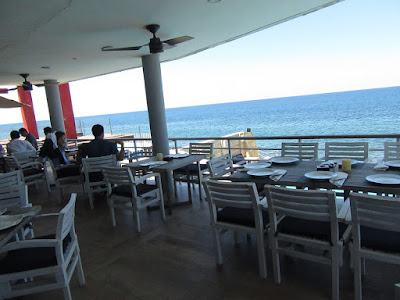 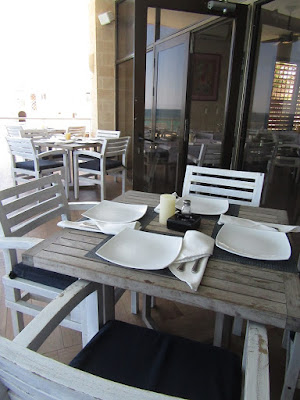 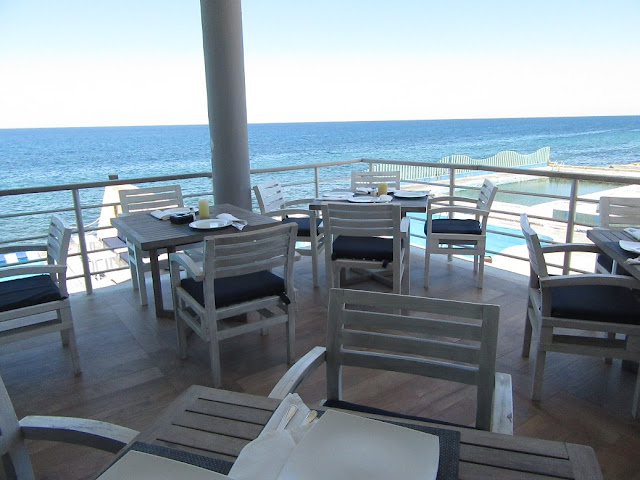 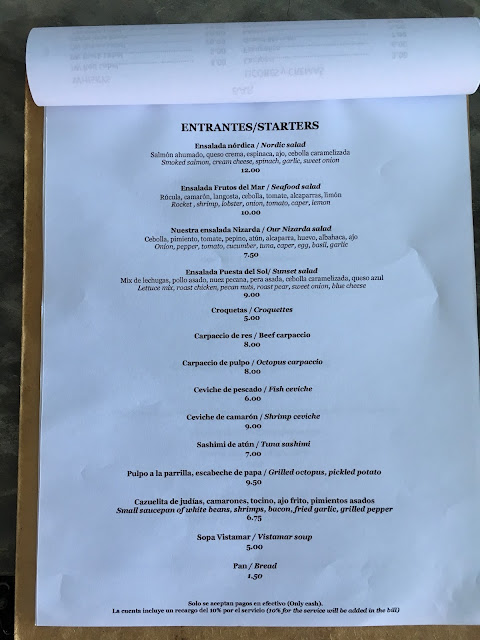 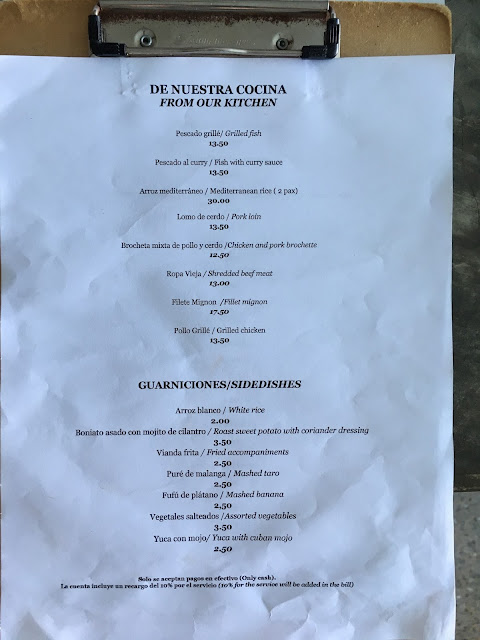 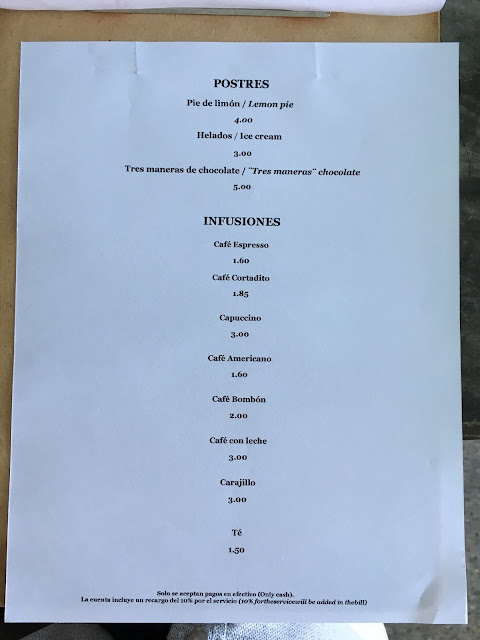 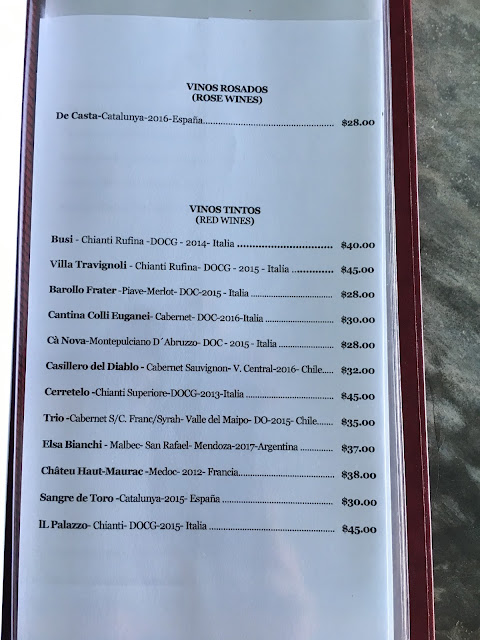 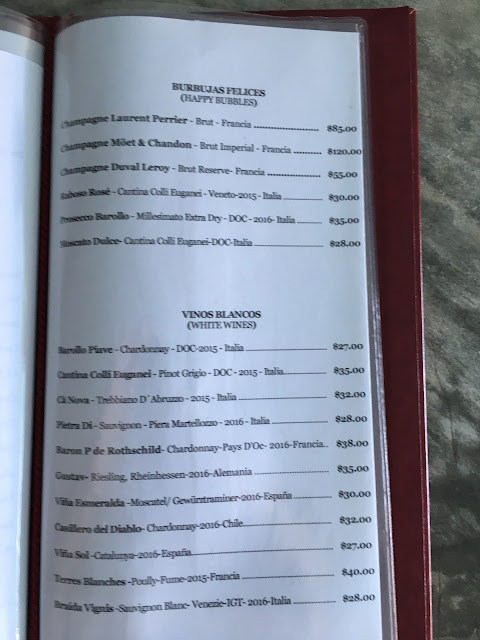 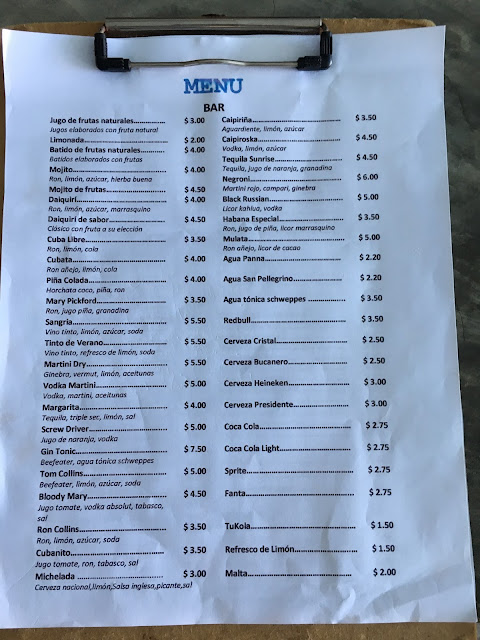 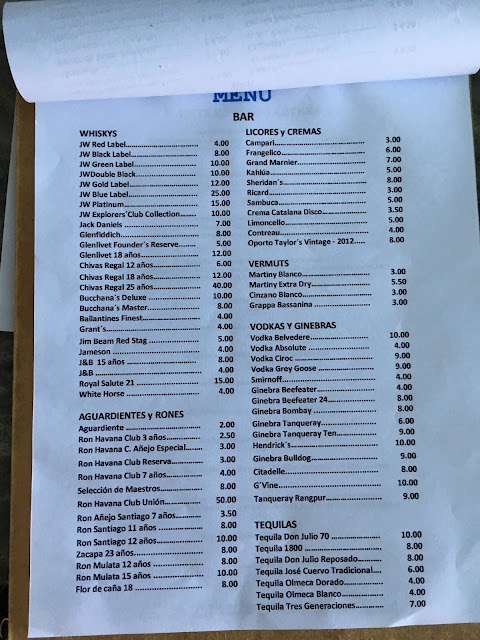 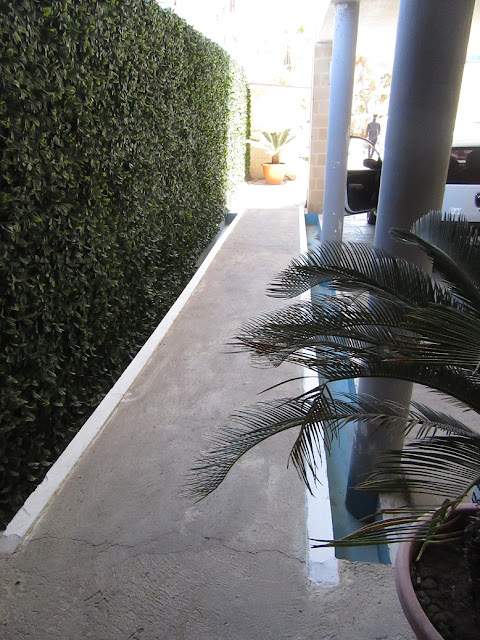 Wheelchair Ramp
Posted by matteocigars at 07:11