Everyone who's been to Havana knows of the main squares (plazas) that are located in Old Havana: Plaza Vieja, San Francisco, de La Catedral & de Armas...as well as the largest outside of the old city, Plaza de La Revolucion. However, most people don't know that there's another important square, or at least it used to be many years ago, not far from the Capitolio building, it's know as the Plaza de Cristo. This square has been getting a face-lift over the last few years, the last one to get refurbished. Along with the rebuilding there's always a resurgence of activity, especially in the hospitality industry that knows that tourists will soon follow. During the 50's this bar-restaurant used to be a Bodega and a small Bar, after the Revolution it became an apartment until the 17th of December of 2014, that's when Bar El Dandy opened.
This place is part bar, cafe, restaurant and art gallery, upon entering, it's so busy (decor wise) that your eyes wander everywhere for a while until you take everything in and settle down. All the photos that you see hanging on their walls are for sale, that's the gallery part of the bar...For price and delivery info email info@andersrising.se. All the menus, drinks included, are listed on blackboards by both of the two bars. The prices are reasonable, the drinks are excellent and served by an attentive and personable staff. The cuisine, which leans towards the lighter side (tapas), is a combination of  Cuban, Mexican and Spanish. It's located on one of the Plaza's corners, right next door to a popular shooting gallery. You'll find the Plaza to always be busy as it's been made one of the city's wifi spots.
Although, as far as food goes, I only had the tacos, I thought them to be excellent. I came here one other time for drinks only....the staff was friendly and welcoming which made me want to return for the snack on the second occasion. I have read nothing but good reviews about 'El Dandy' and they're well deserved. I don't think I would have a main meal here but found it to be a great place for tapas or a sandwich and I would try their breakfast one day. Give them a try if you're wandering around the area. 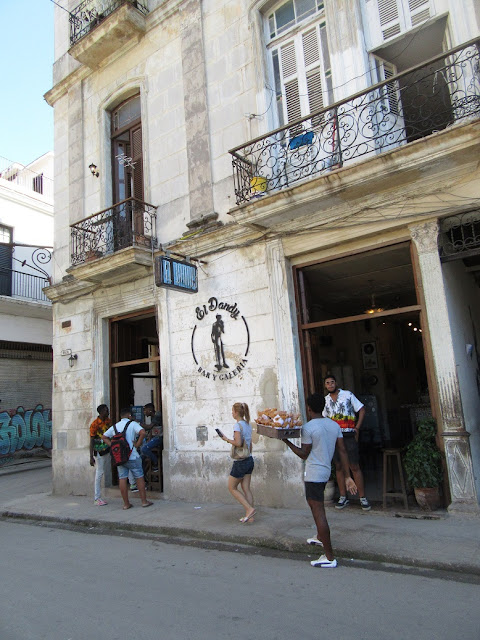 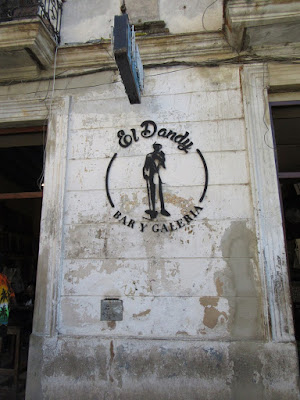 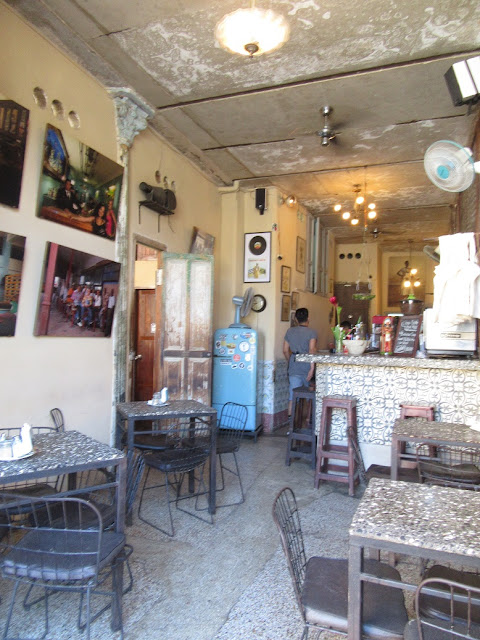 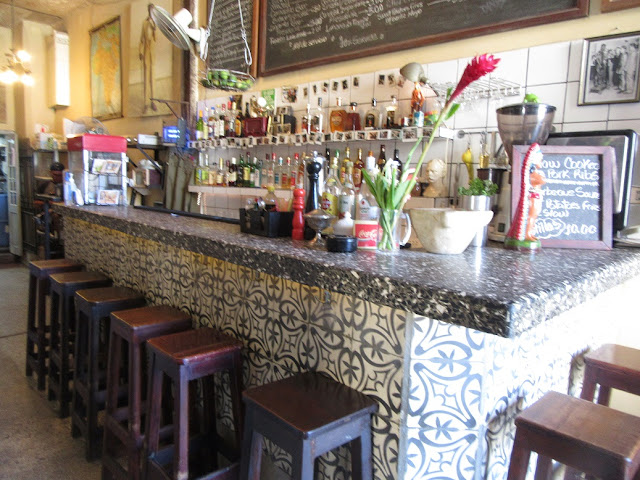 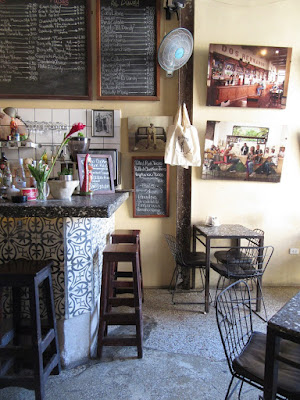 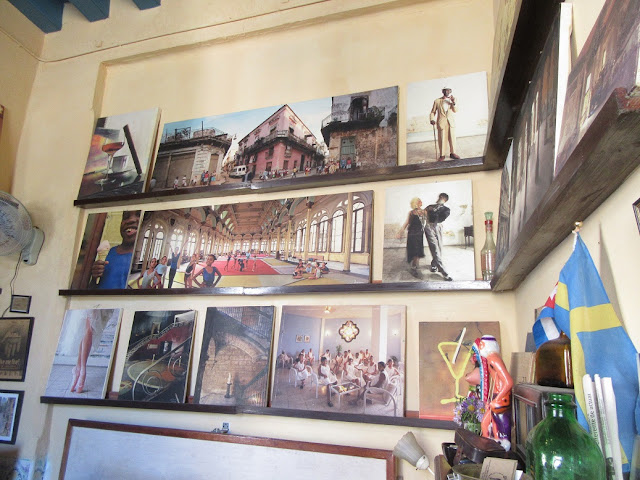 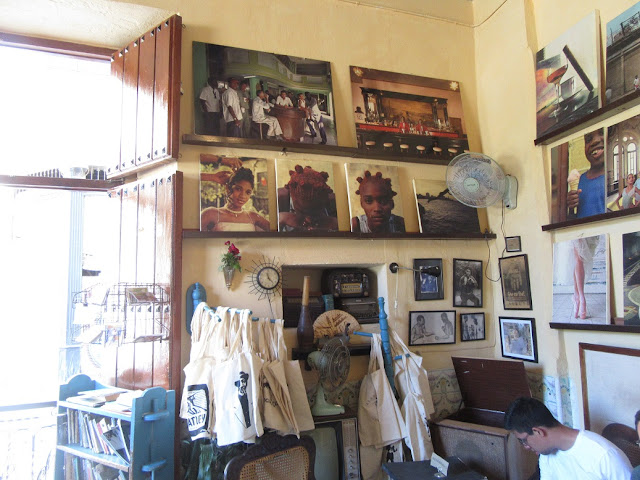 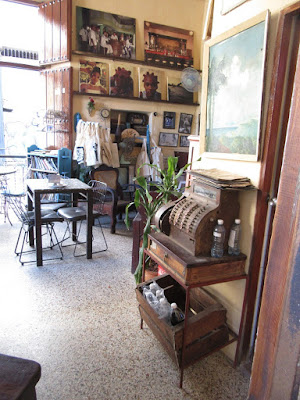 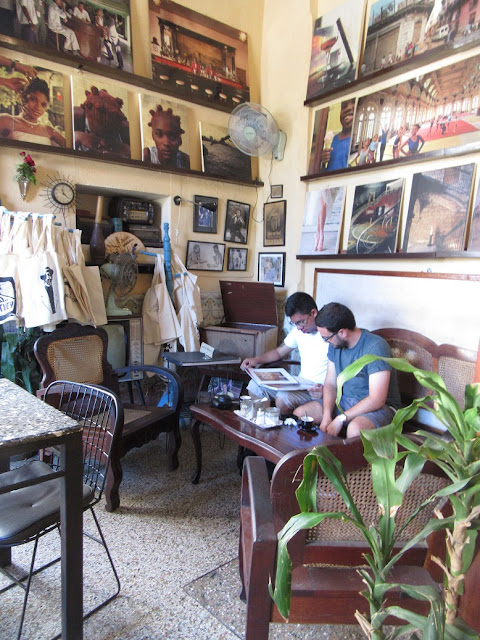 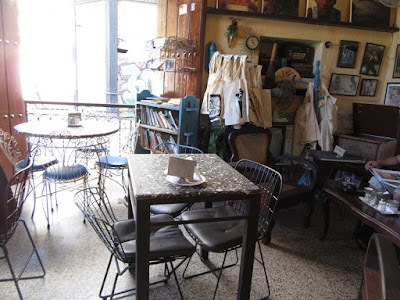 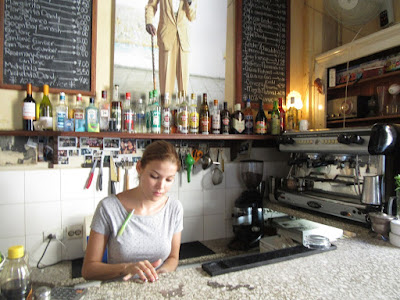 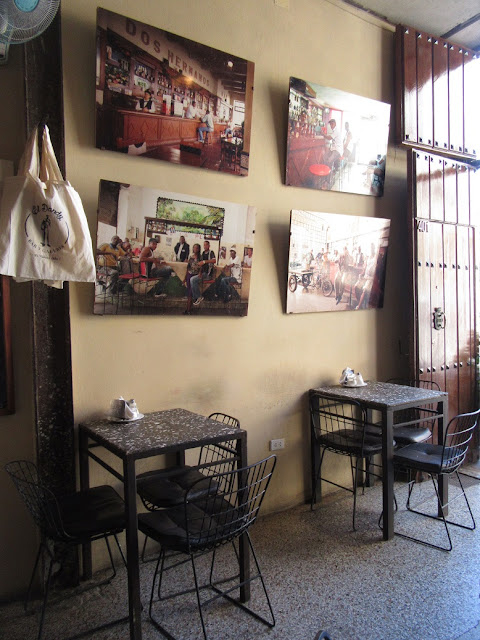 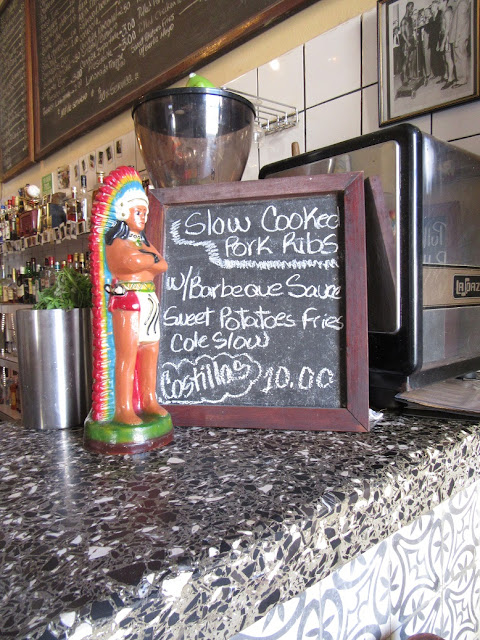 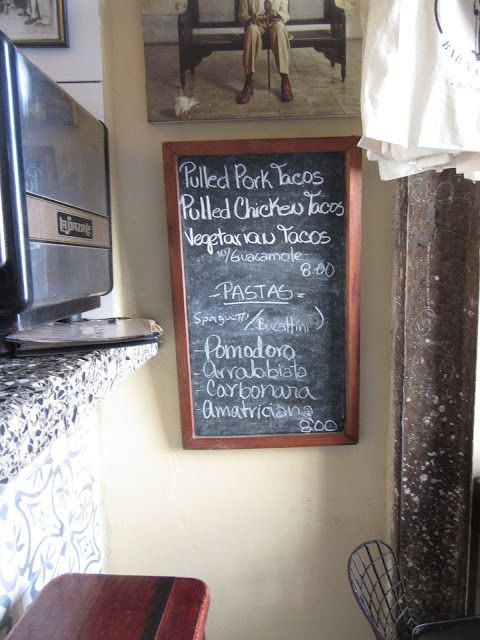 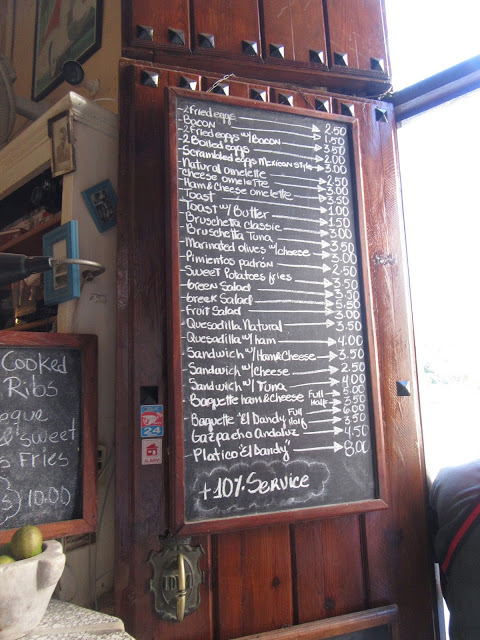 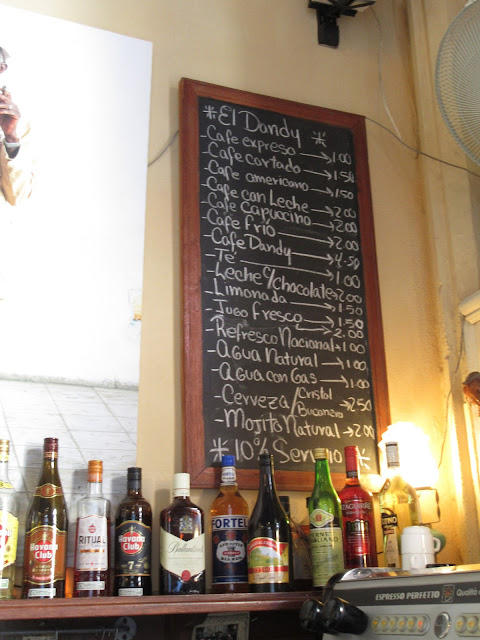 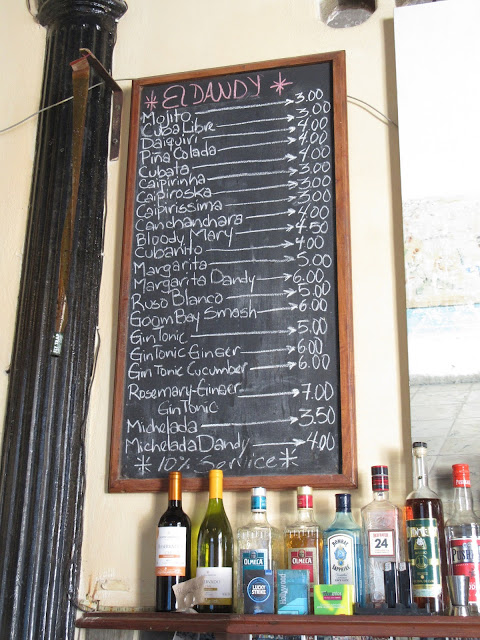 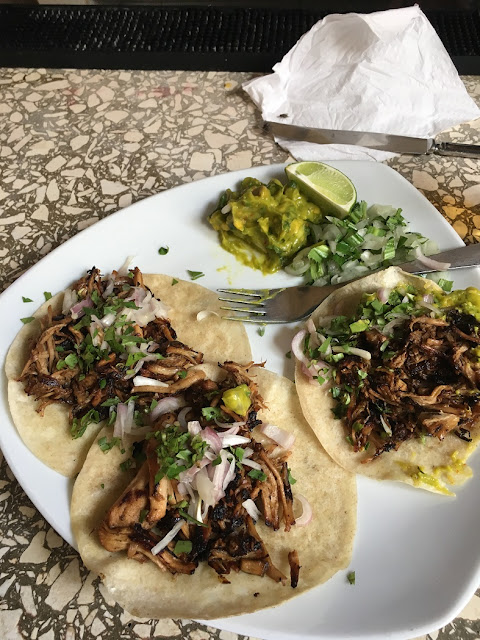 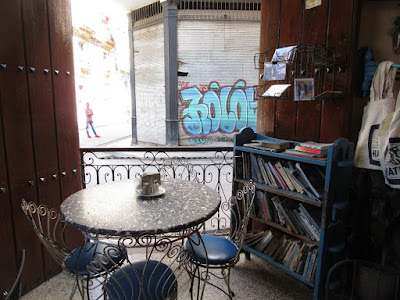 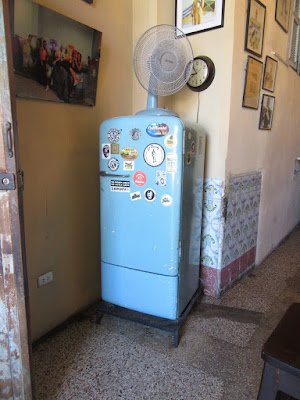 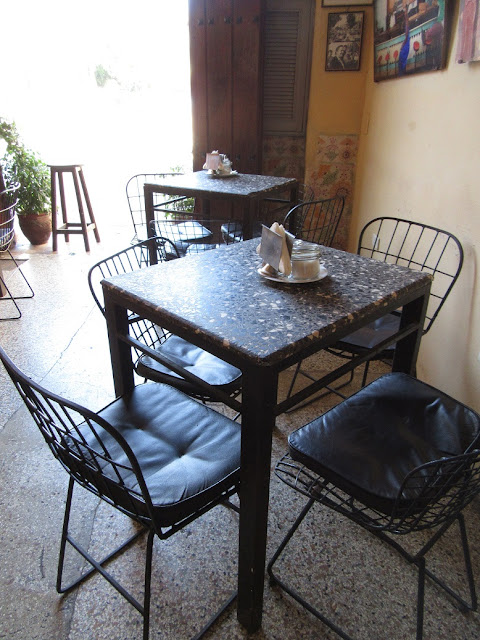 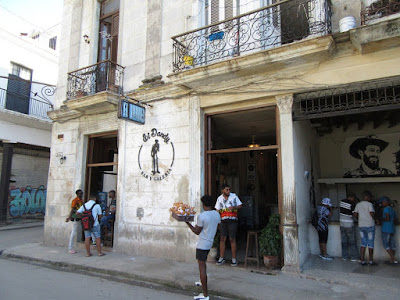 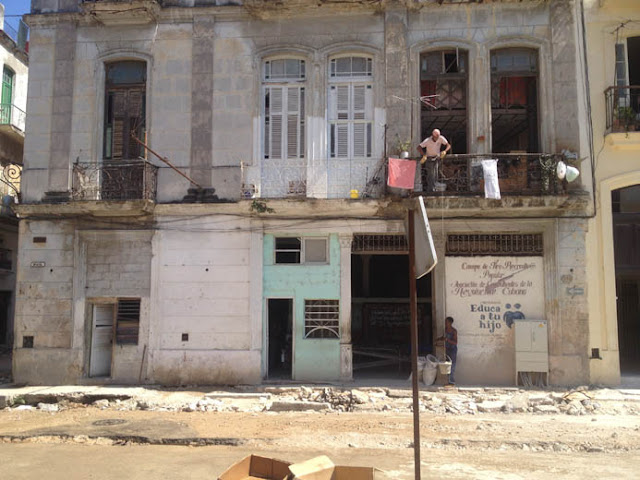 This picture was taken from the "El Dandy" website. It shows the space before it became the Bar. 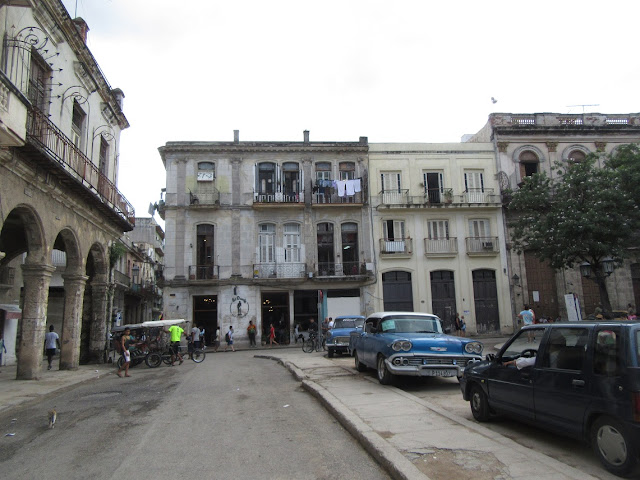