This new hotel opened it's doors ahead of schedule (for a change) and I was fortunate enough to be there during that time and took the opportunity to visit on a couple of occasions.
I wasn't able to find a lot of information about this building's past but I will share with you what I have discovered. Originally a structure was built on this site in 1835 by order of Spanish Governor General Miguel Tacon with the intent for it to be used as a prison. The original structure's main facade was facing the Castillo de La Punta and Havana Bay. The building was able to accommodate 2000 prisoners. Early in the 20th century, after the initial U.S. intervention following the defeat of the Spaniards, the land in front of the building was used as temporary camping grounds for the U.S. troops. Shortly after that, in 1911, the building was converted into the Hotel Biscuit. Paseo del Prado was the first paved street in Havana and became a popular boulevard to drive your car on. On the corner of Carcel and Prado, the Packard & Cunnighamm automobile agency set up a dealership, hence in 1931 Hotel Biscuit changed it's name to Hotel Packard with the dealership located on the ground floor.
After the revolution of 1959 the hotel was nationalized and so began it's deterioration and eventual closing. After two decades of lying in ruins, rescuing and renovations of the hotel by the Spanish company Iberostar began in December of 2015. The building was pretty much constructed from scratch except for parts of the original facade on Carcel Street and Prado. The building is taller than the original, 10 floors consisting of 321 rooms....298 Double rooms, 18 Suites & 5 Junior suites. They claim to be one of the biggest hotels in Havana. Iberostar Grand Packard offers three bars, six restaurants and a varied entertainment program featuring musical performances and live dance shows by local artists. The pool area on the sixth floor with it's view of the Morro Castle and the entrance to Havana Bay has a capacity of 130 people. There's also a bit of underground parking that has been built to resist penetrations from the ocean near by.
This is considered a 5 Star hotel and from what I can see, without having entered a room, it fulfills it's rating. I spent a little time on their Pool Area and found the service to be exceptional. I also had myself a cigar in their Cigar Lounge....great decor. I would recommend you bring your own cigar as I did because if things haven't changed, the selection in their humidor wasn't that great. I'm going to have to go against my own rules and try one of the restaurants next time, they all looked beautiful. Pop in and for a drink by the pool if your in the area, if for any reason, just to take in the spectacular view.


PS.....features wheelchair accessible units. Pets are not permitted. Something I was not aware of while there, the hotel offers WiFi in it's public spaces at a cost of USD 5 per 24 hours. 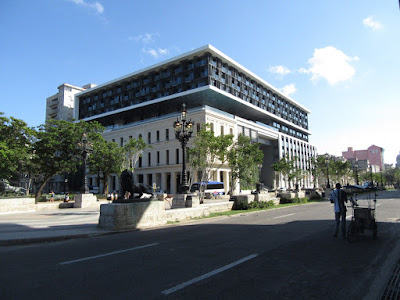 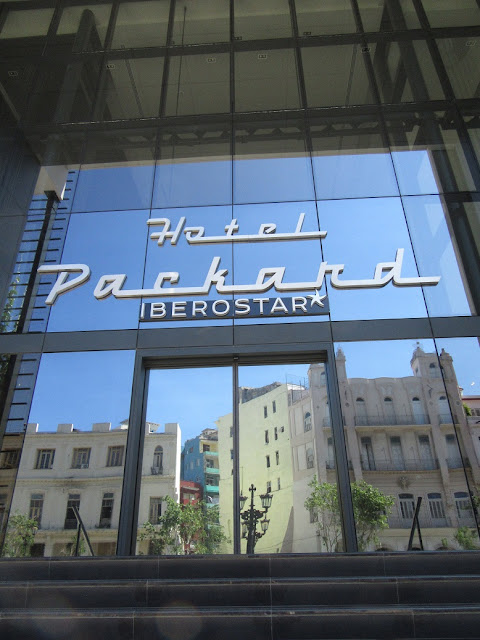 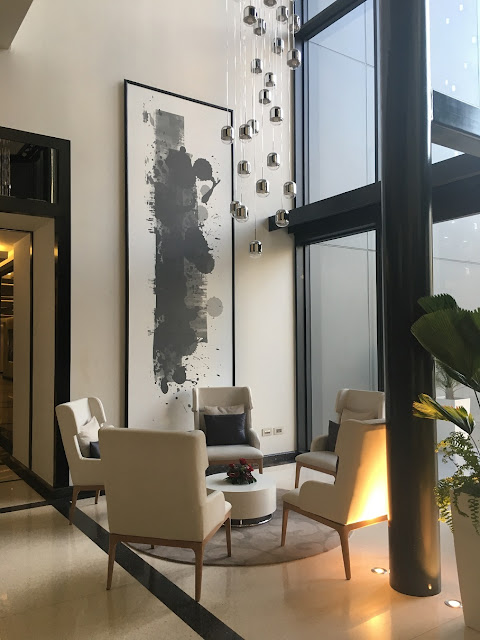 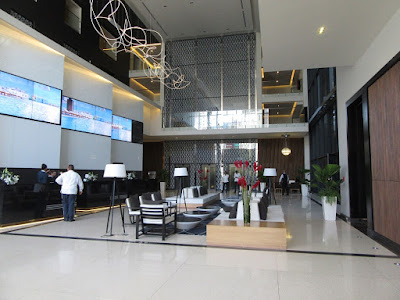 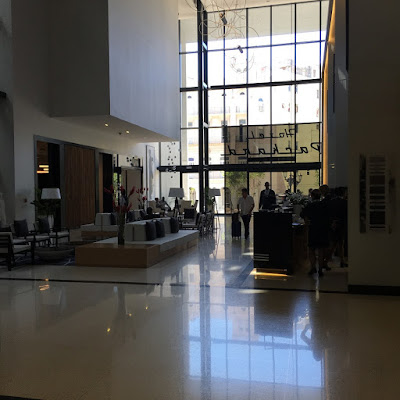 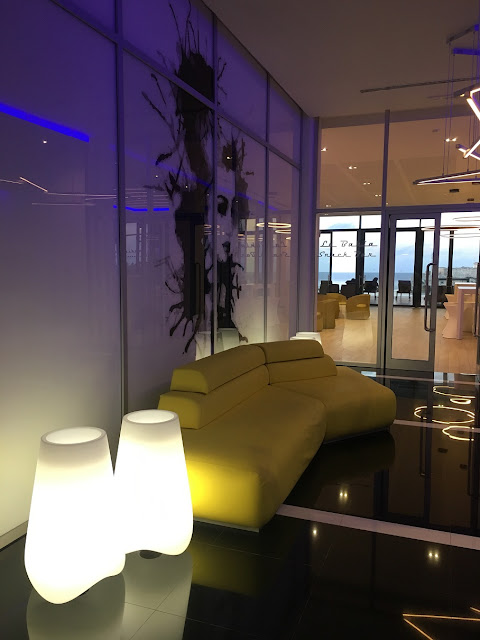 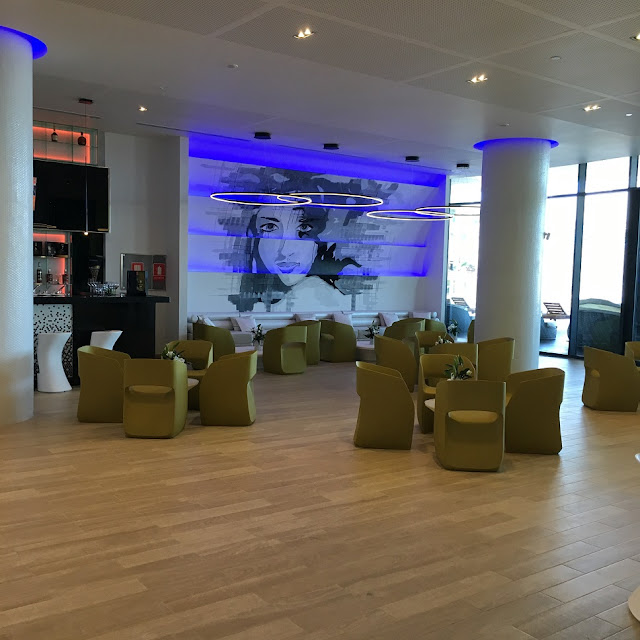 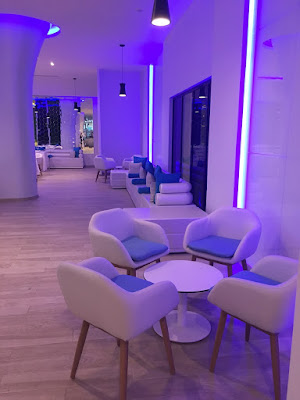 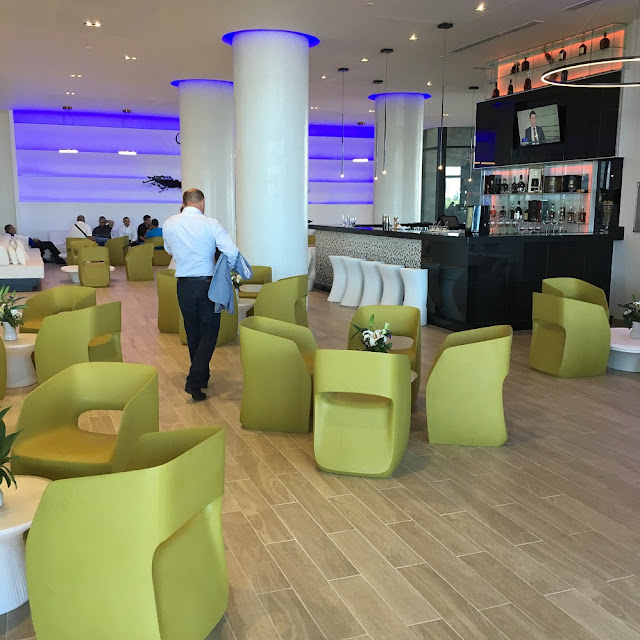 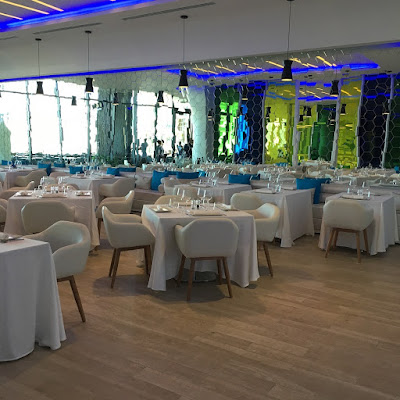 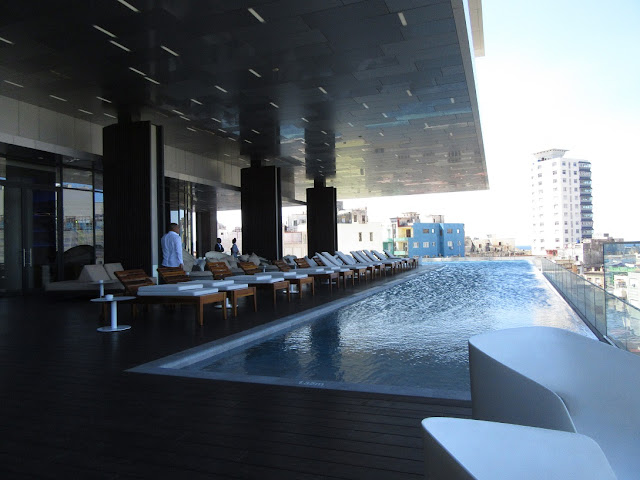 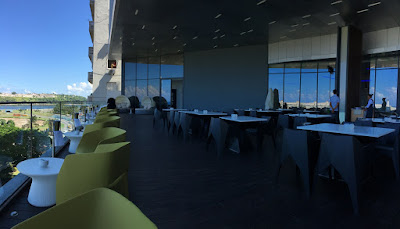 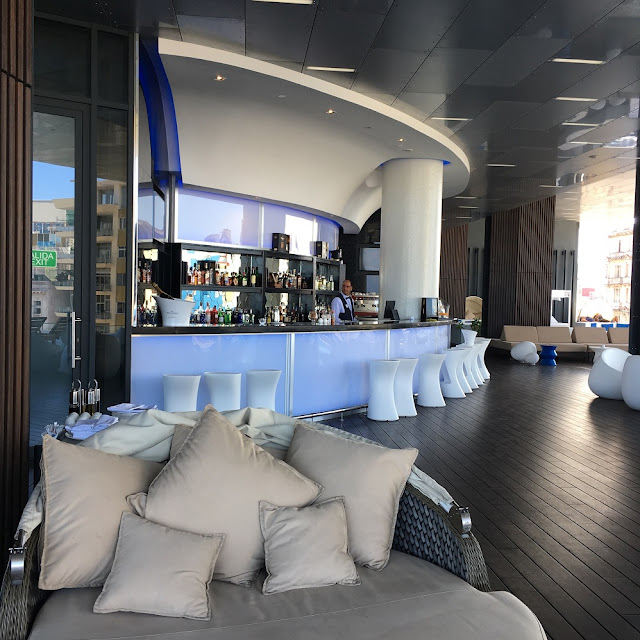 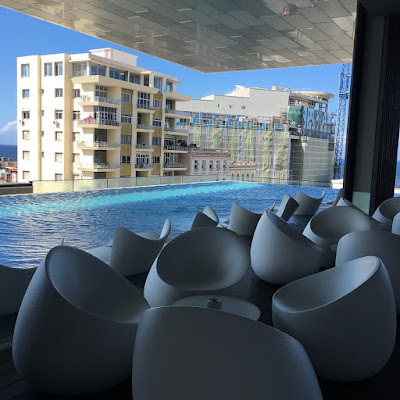 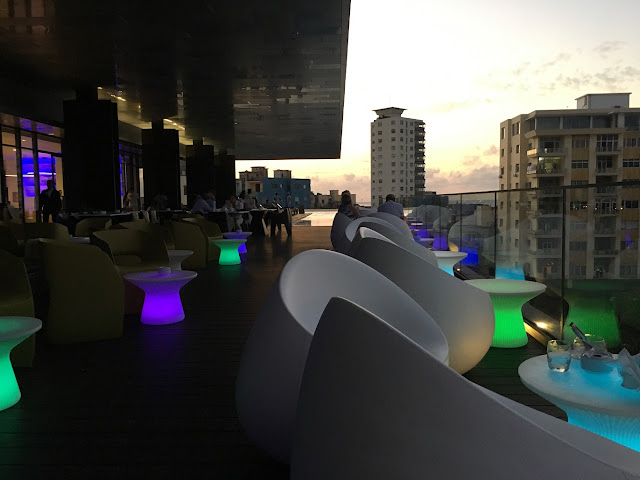 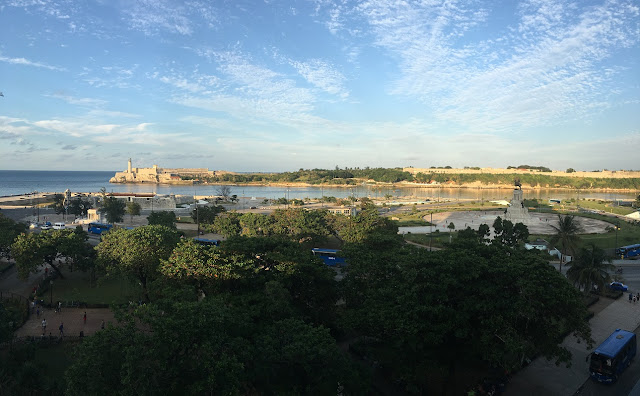 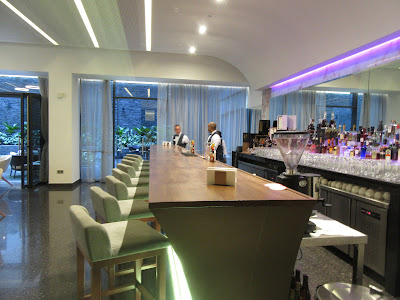 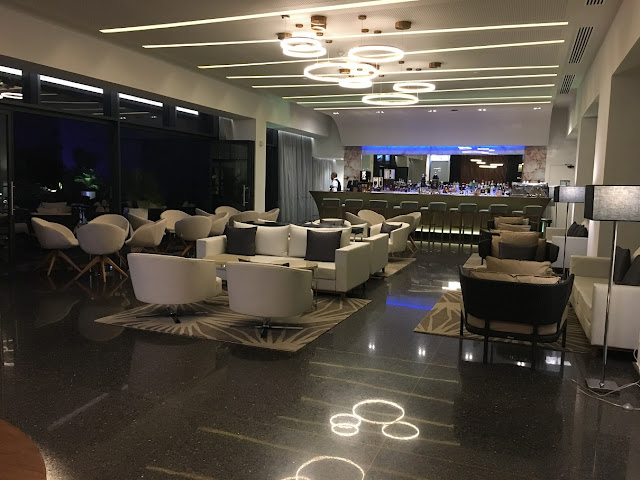 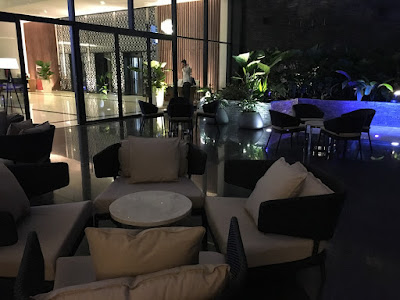 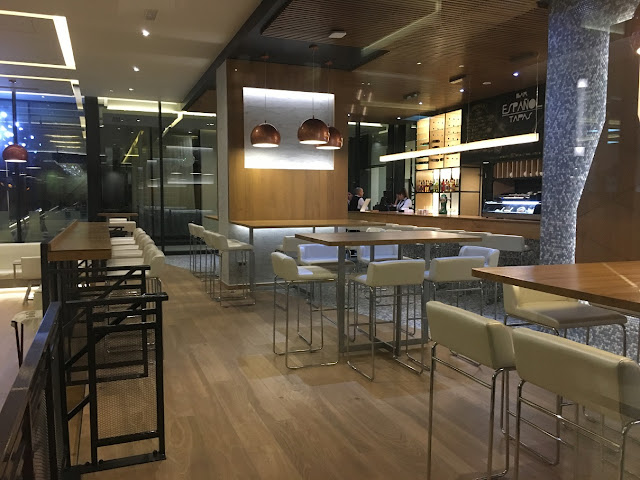 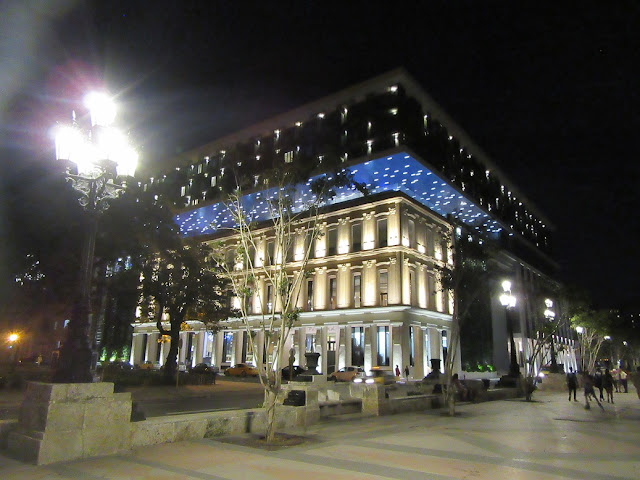 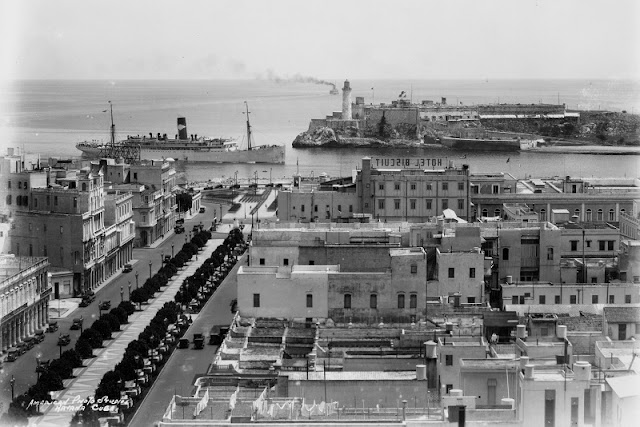 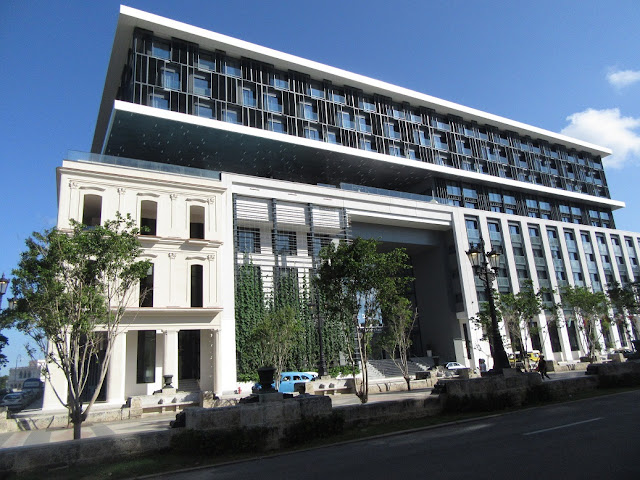