At this corner of Calles Obispo & Cuba, records show that, Don Joaquin Gomez (slave trader) purchased two homes in the year 1810. In 1834 he united the two houses and with the addition of another house begins construction. The mansion is completed in 1836 to look how it is today....or close to it. As was the custom in those days, the ground floor was set up with stores or trades. In 1860 Don Joaquin Gomez dies and his children inherit the house. They leased or rented the house until 1880 when they sell it outright to Mr. J. Eugenio Moré (count) who after living there breifly, moves out and shortly afterwards Hotel Florida is born.
The hotel was founded in 1885 with intent on satisfying American and European markets. It became one of Havana's most renowned hotels with the building housing a hotel until 1950. Much of the interior is furnished with period pieces and most rooms have balconies. The hotel lobby has a restaurant, "La Floridana", and a piano bar, "Maragato". A major renovation was executed between 1913-16 where 32 rooms were added, all with their own bathroom and telephone, a big deal in those days. The owners walked away from the building in 1946 and is auctioned off in 1955 to be converted to offices and rental housing. In 1994 the building is rescued by the Office of the Historian of the City who bring it back to former glory by 1999.
I have never stayed in this hotel, I've only wandered into the picturesque lobby, I therefore can't tell you how the rooms are. From pictures I've seen on the internet, the rooms look ample in space with the furniture looking a bit dated, if they haven't changed it. If any of my readers have stayed here, please feel free to comment. 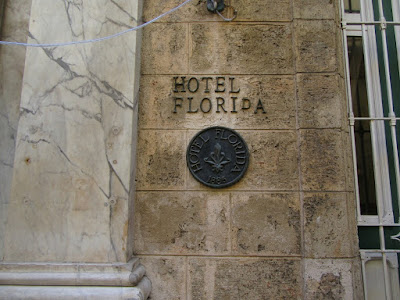 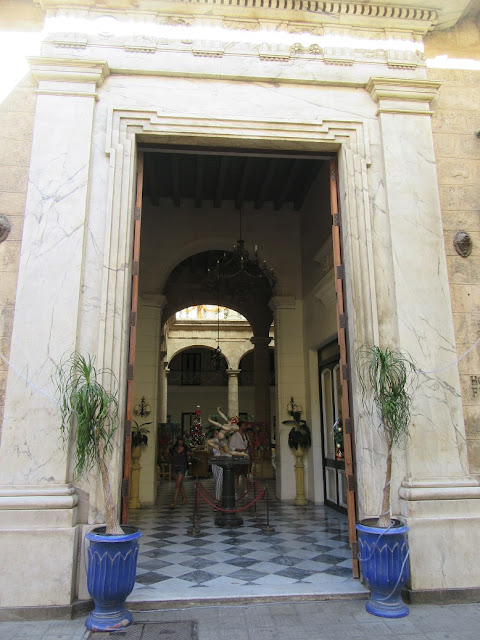 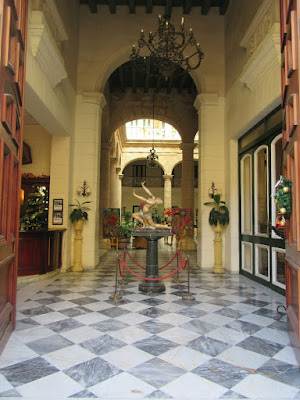 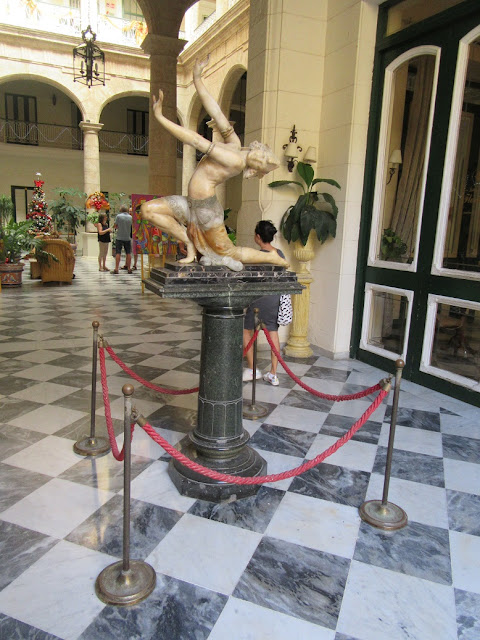 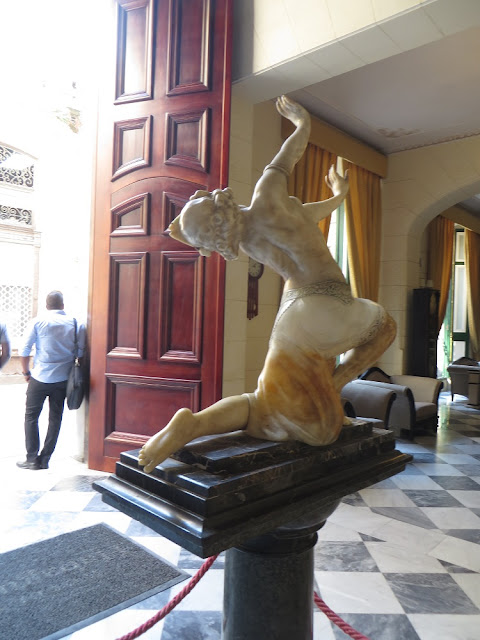 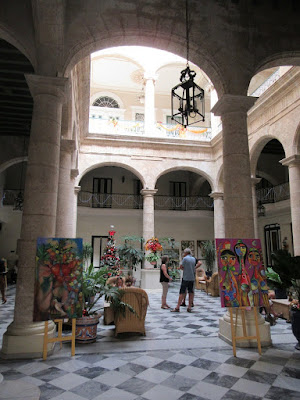 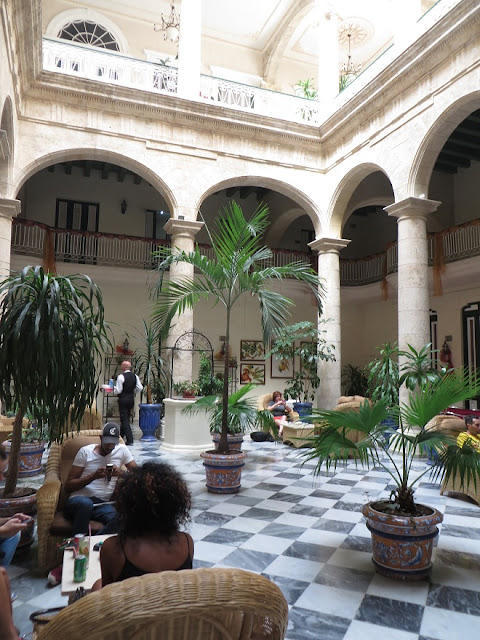 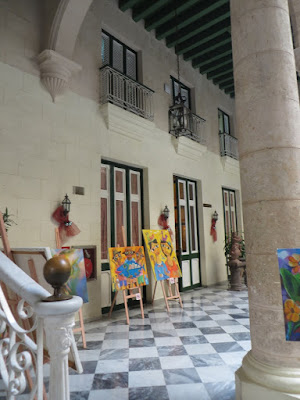 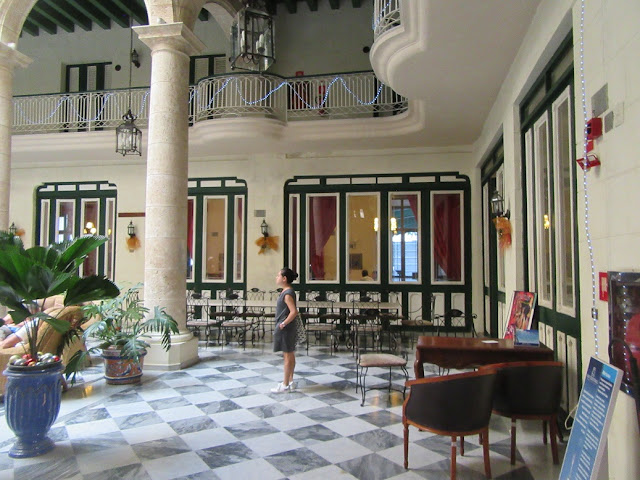 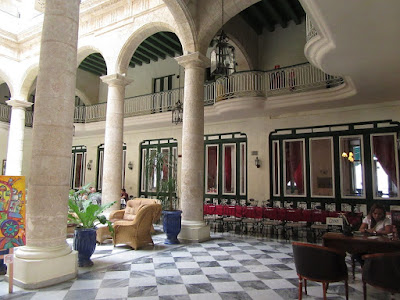 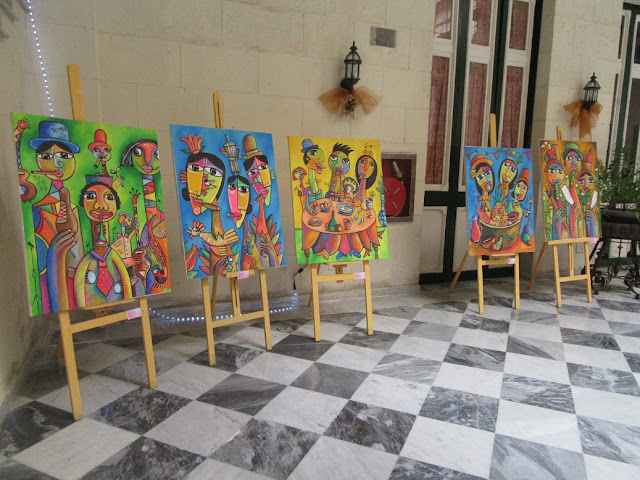 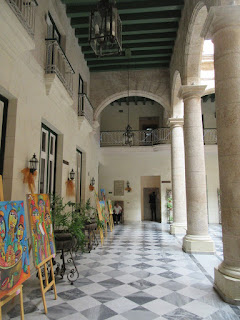 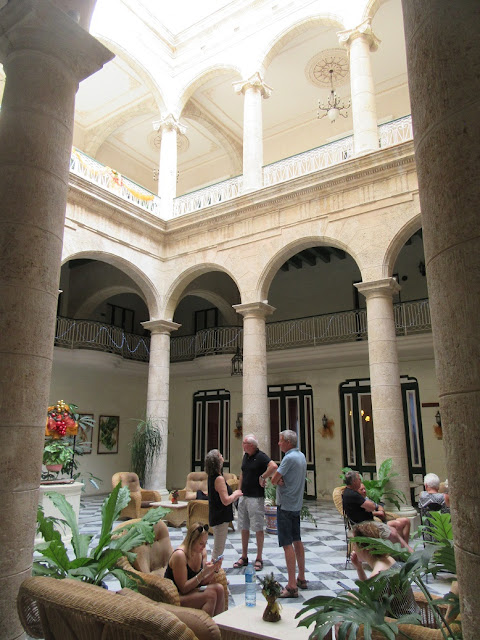 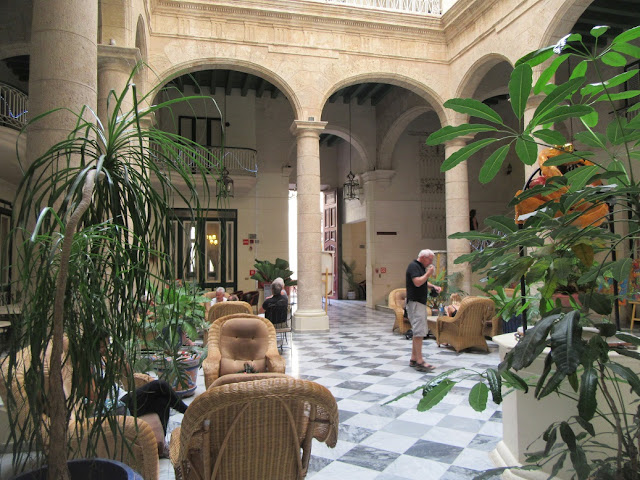 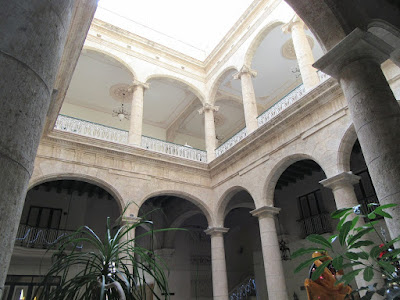 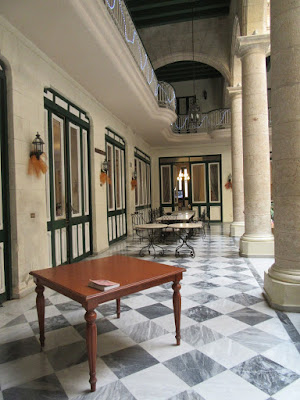 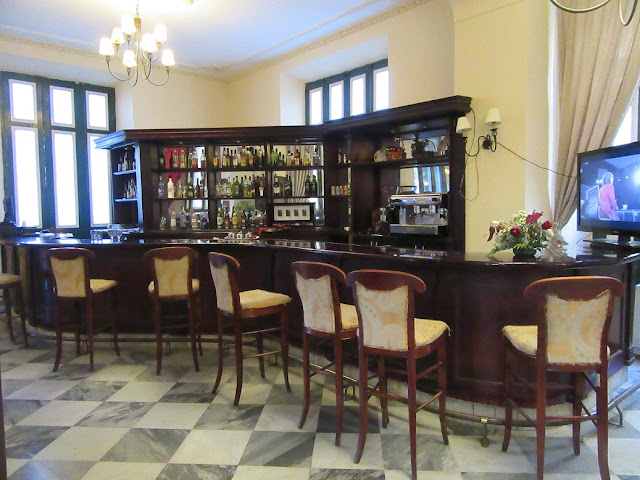 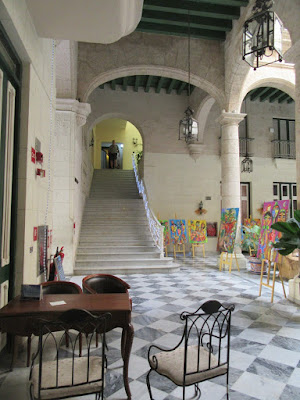 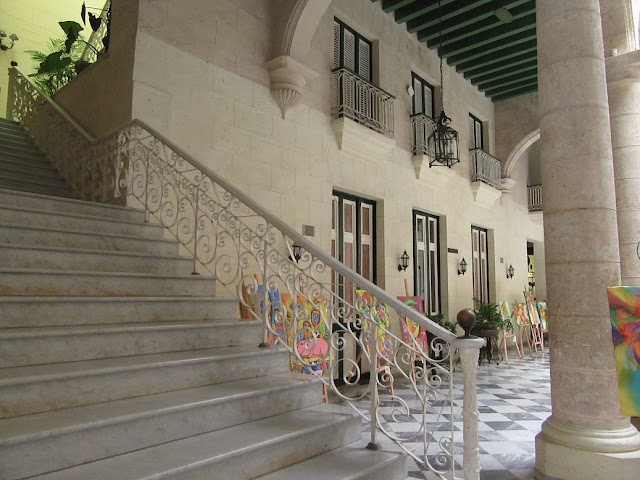