On this last trip in February I was hoping to get an interview with Miguelito, the director of the H.Upmann factory. During a party I found out that he was no longer the director and that the reins had been taken over by someone that nobody knew. I stuck to my original plan and went to the Romeo y Julieta factory just the same to see if I could get an audience with the new director. The reason for going to the R y J factory was because H.Upmann has been moved there temporarily while under repairs. The R y J factory was being used as a school for rollers.
We walked to the factory as it was a gorgeous day. Upon entering the R y J store we saw that it was packed with busloads of people and the lounge with more serious aficionados. This week was the 14th annual Habanos Festival where all the serious smokers and people that have anything to do with buying and selling Cuban cigars come to find out what's new this year in the world of Cuban cigars. It wasn't going to be easy to see the new director but a good friend of mine was working in the store and I was hoping he could make the introduction. My wish came true and I jumped at the opportunity.
Upon entering the office I was greeted warmly with a handshake and I proceeded to make my usual pitch about the purpose of my blog. If he looked a little tense at the beginning the feeling seemed to disappear after my introduction. I don't think he knew what to expect or that anyone has asked to interview him yet. He's only been director for the last month. He was director of the R y J factory just prior to this but being director of a school is a little different than being the director of one of the biggest factories in the country. However, before being director of the R y J factory he was director of the Corona factory which is the largest factory in the country. Carlos has been in the tobacco industry for 14 years starting out at the Por Larranaga factory as the person who organizes and hands outs the tobacco for the rollers. He did that job for 5 years before becoming the director of production. He was then sent to the Corona factory as sub-director and did that job for 3 years. Somewhere in-between that time he was a director of the cigar box making and director of quality at the Partagas factory.
He's married, his first and only, and has a 21 year old son who is not in the business. His son started in the business but left soon afterwards to pursue a career in medicine. Carlos has never left Cuba, was born in Pinar del Rio amongst tobacco plants (his words) but now lives in Havana.
I knew he was busy so I made the interview as short and quick as possible. He did warm up afterwards as he realized my intent and I do believe I've made a new friend. I haven't visited the actual H.Upmann factory for a while and I'm hoping to do that when it's finally up and running again. I think this introduction will allow that to happen. 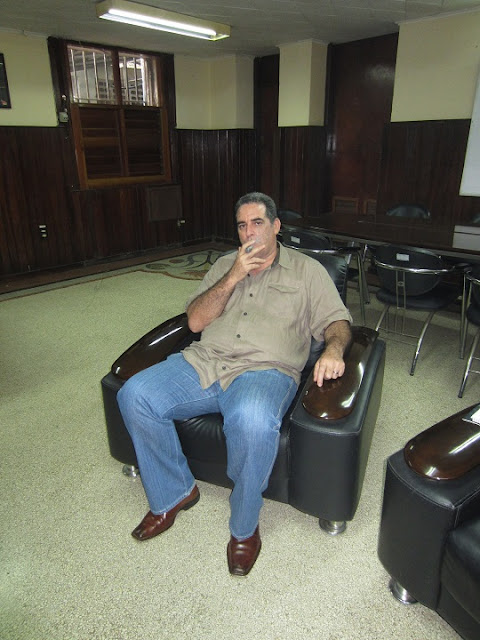 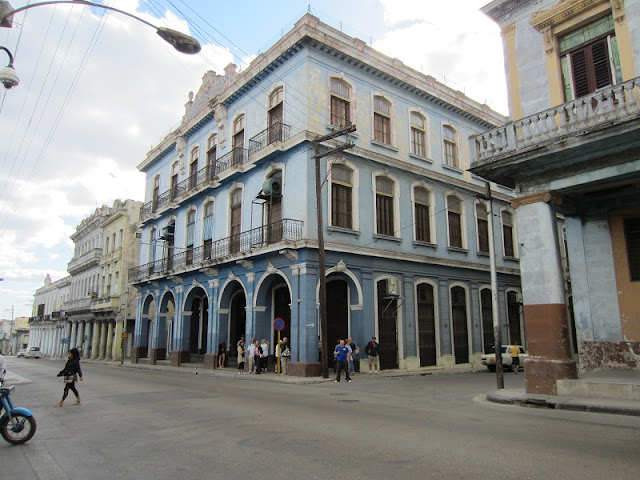 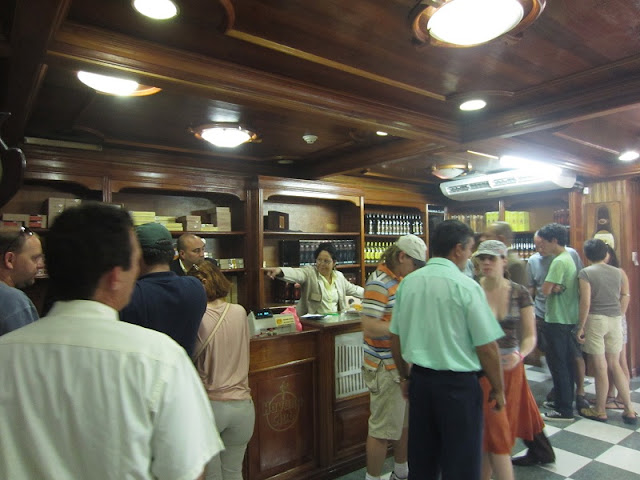 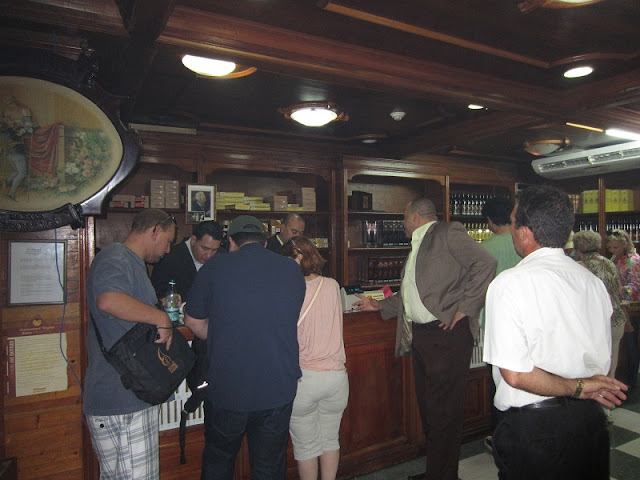 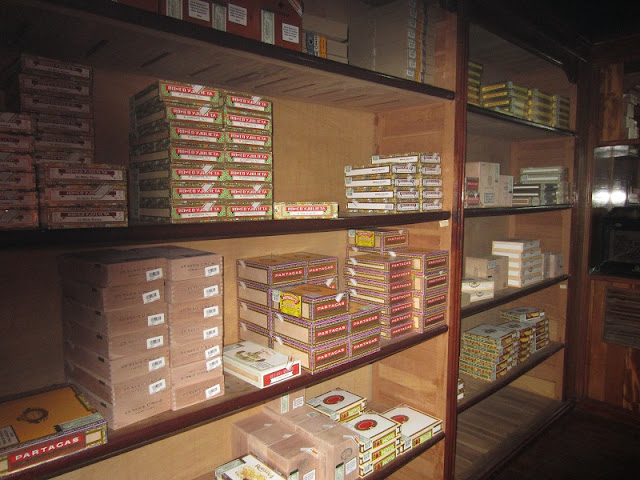 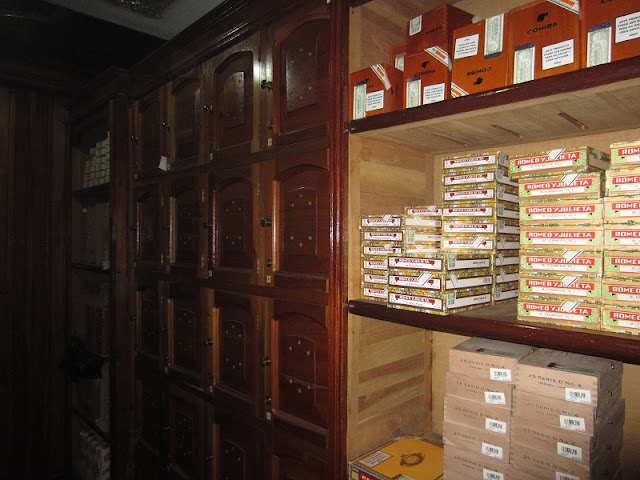 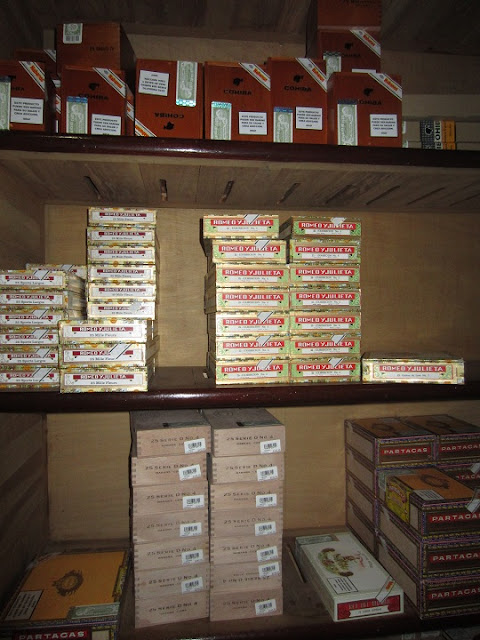 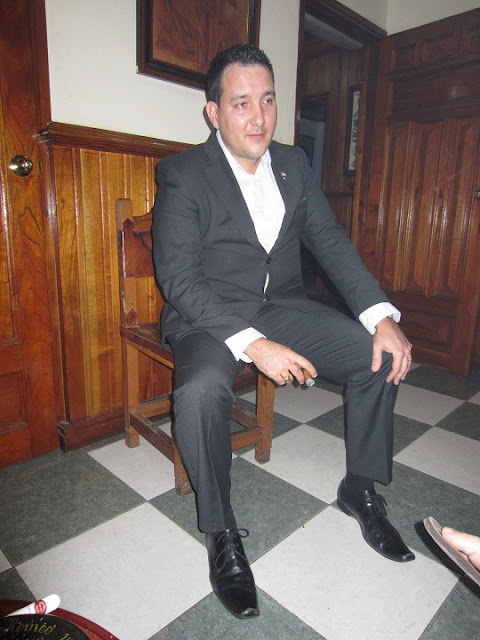 Hamlet the master cigar roller for the RyJ store