I was lucky to have had these gifted to me on my last trip to Cuba and surprised that they're going to be released in the next couple of weeks. This cigar is a Double Robusto and weighs in at 50 x 160 (6.3"). They will be packaged in Dress Boxes of 10 cigars.
The ones I was given had a darkish coloured wrapper that was smooth and oily but showing a few little bumps. The construction looked quite good. The pre-light draw tasted like chocolate but once lit it was all earth with a hint of roasted coffee bean. The draw was perfect and the burn pretty good nearing the first inch. So far it's a medium body cigar. Past the first inch and the burn is a bit off. It's still earth with a touch of wood.
A quarter way through the cigar and the burn was off enough for me to do a touch up with my torch....it's all earth now and continues to be medium body. And so it went to about the last quarter. I had to keep touching it up, it went out several times and I had to relight it. I noticed at one point it was burning hotter through the middle. None of this affected the taste of the cigar. It got a little stronger through the last quarter and finally it was too small for my taste to be relighting it again, so I let it go.
It needs time to rest but I was actually surprised at how well it smokes now. It reminds me of the Montecristo 520 & Cohiba 1966 but without that in your face power. Definitely toned down in comparison to the two but similar in flavour. Very unlike the usual Partagas profile. I liked it and I'm going to have to buy a box or two for putting aside. I recommend trying this cigar. 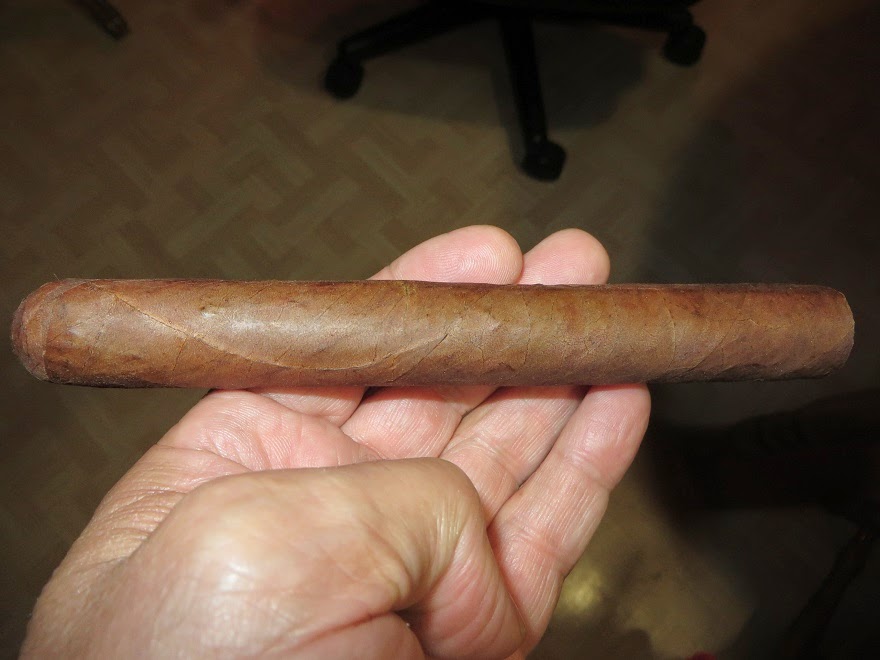 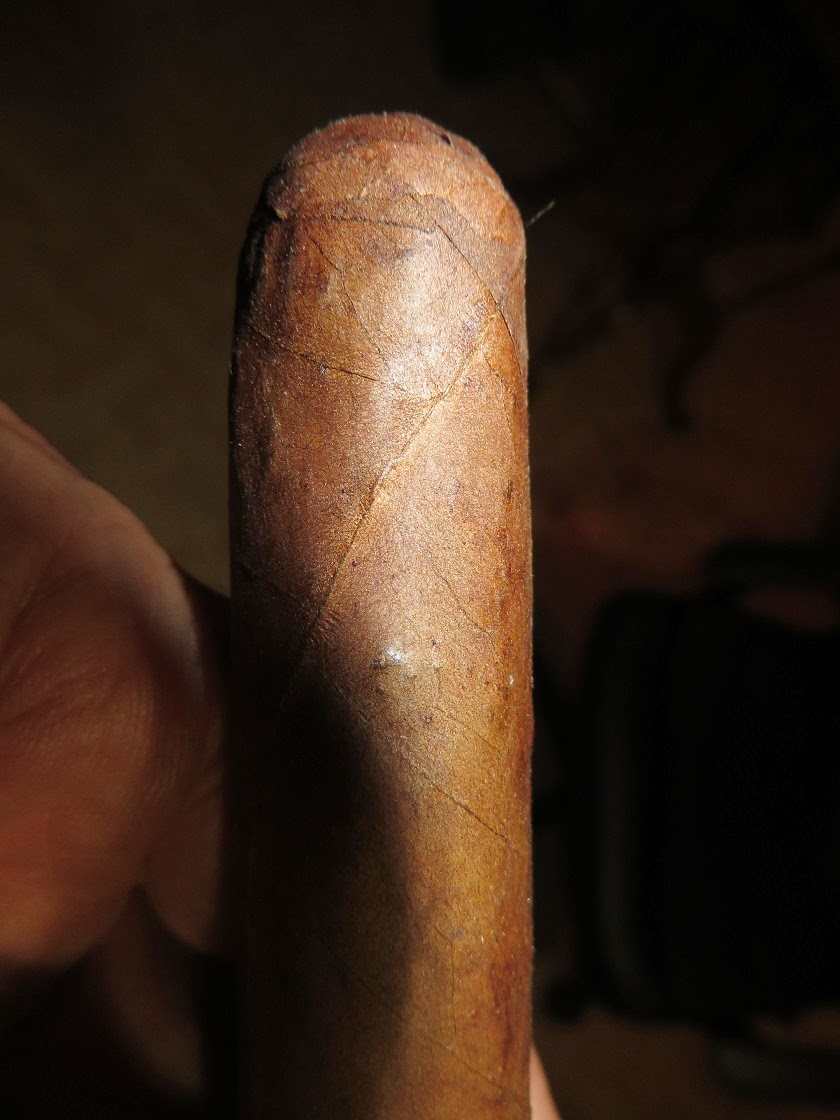 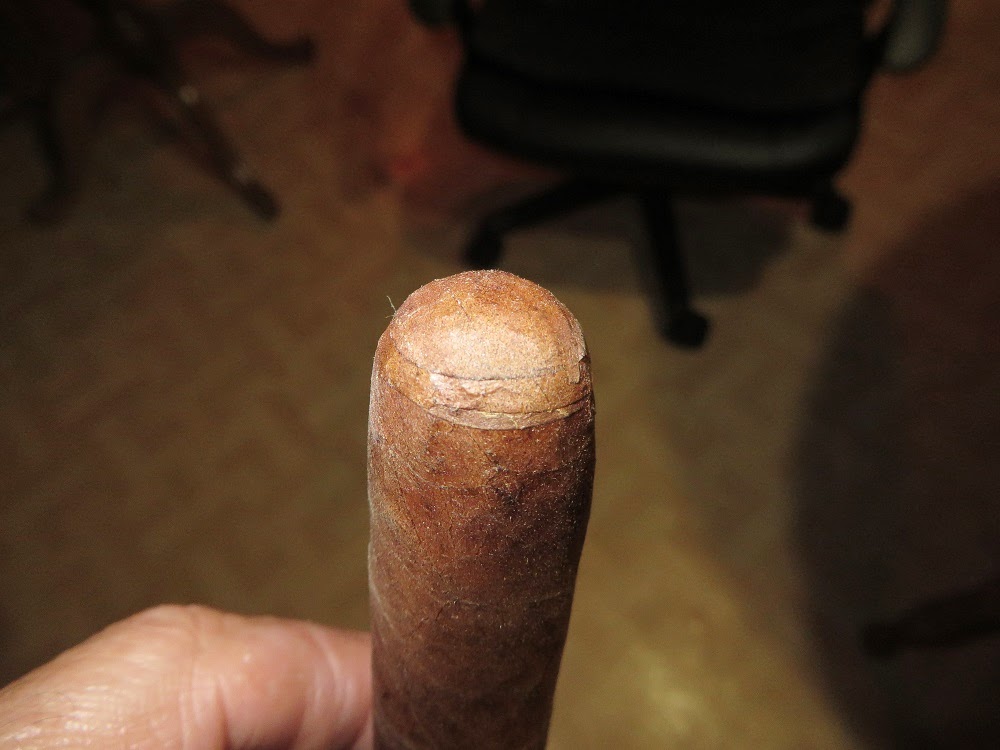 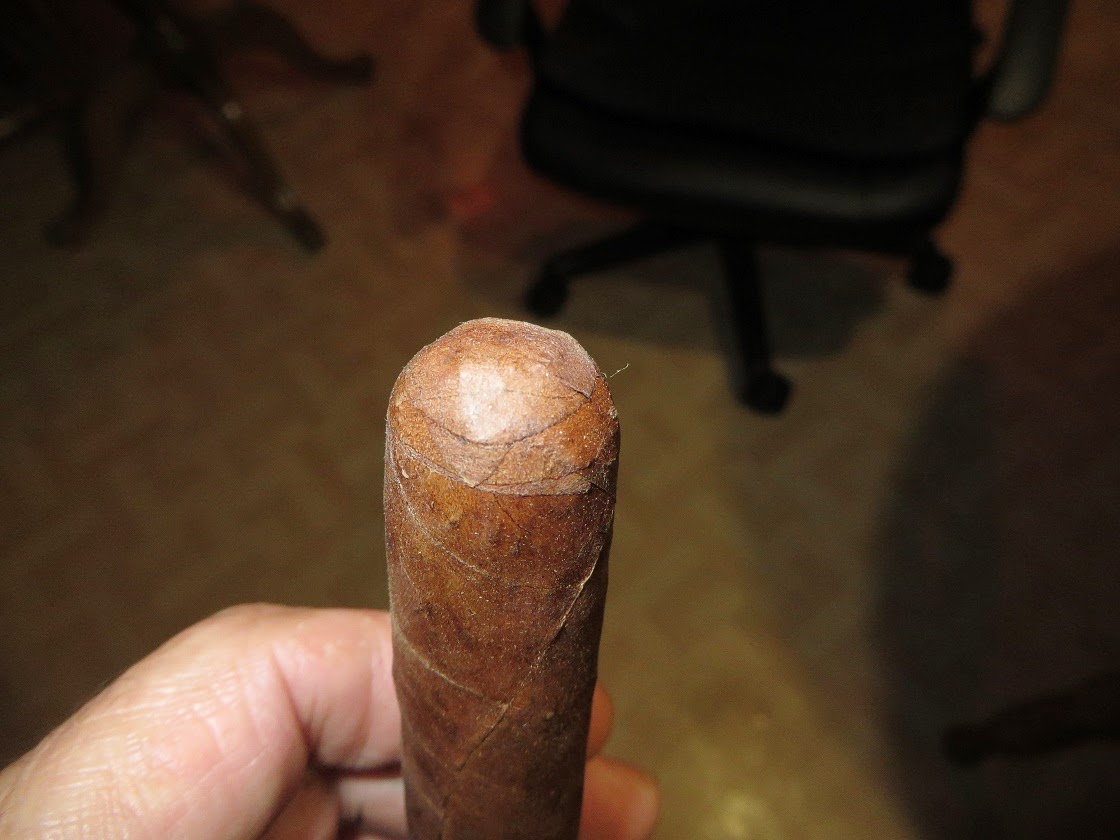 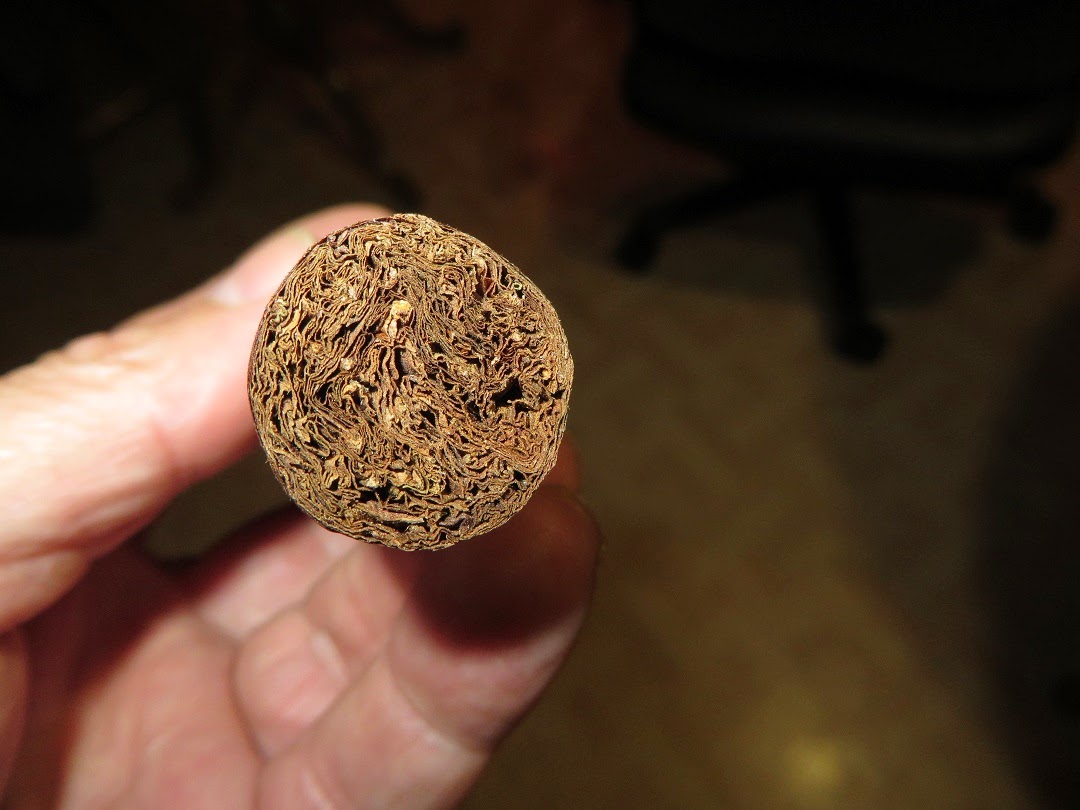 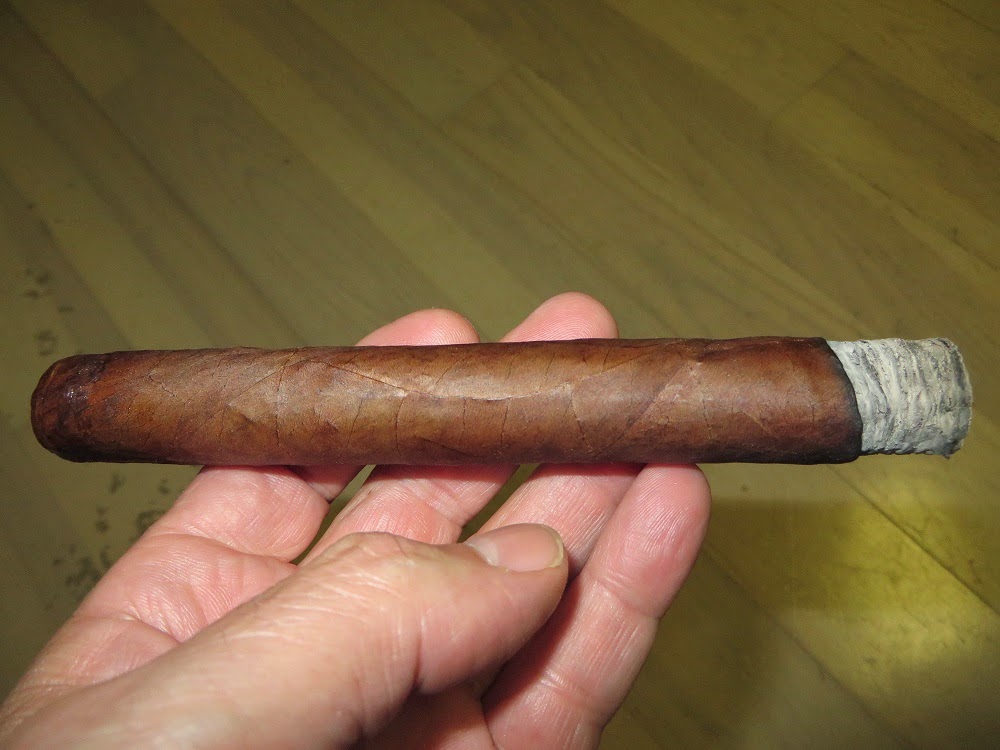 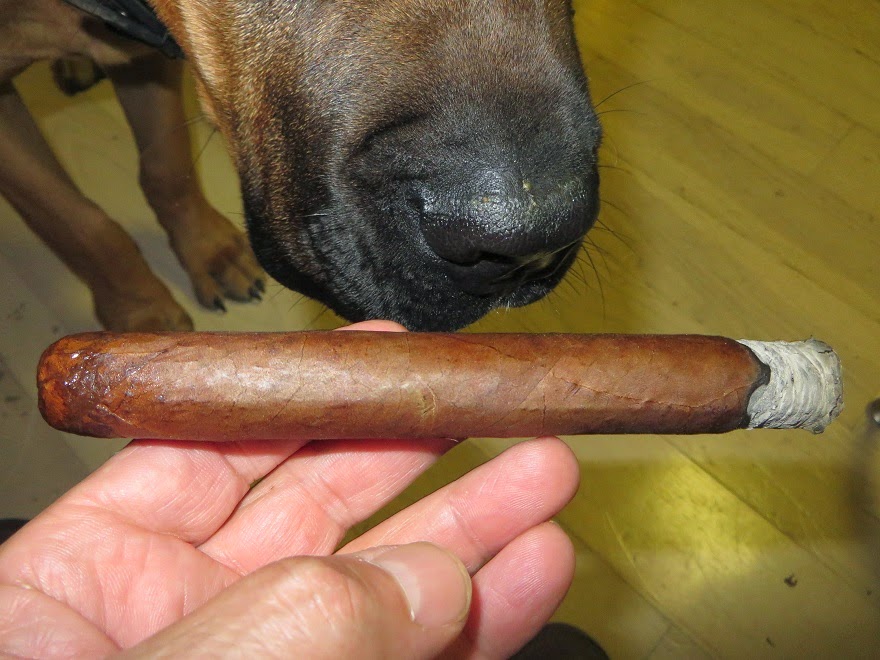 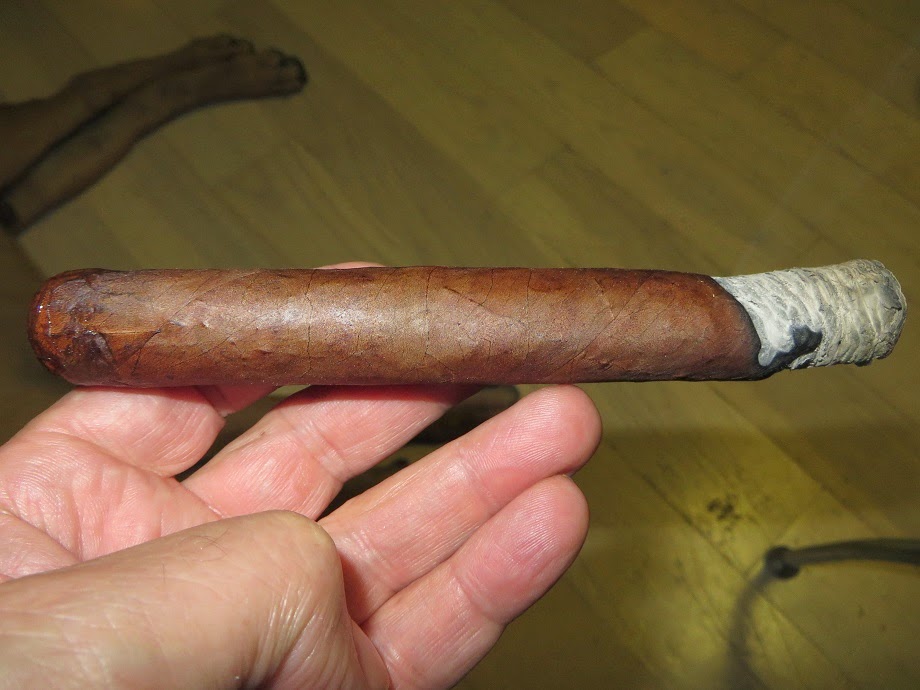 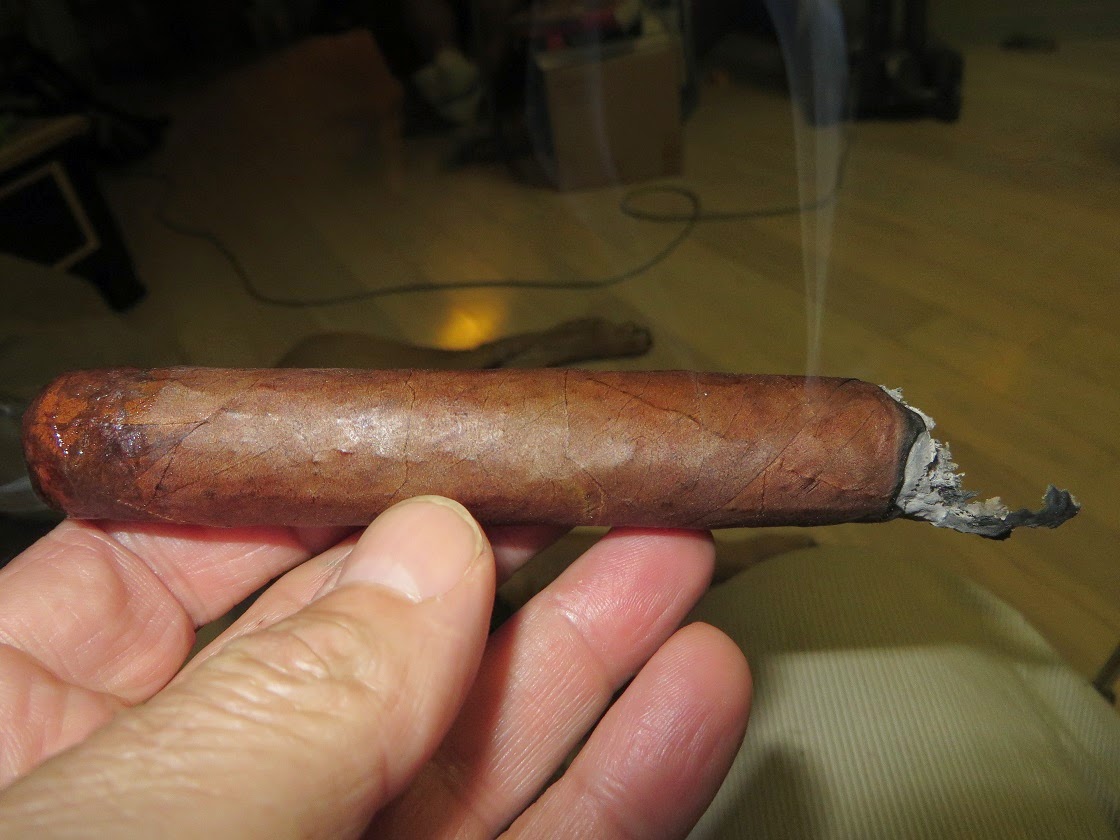 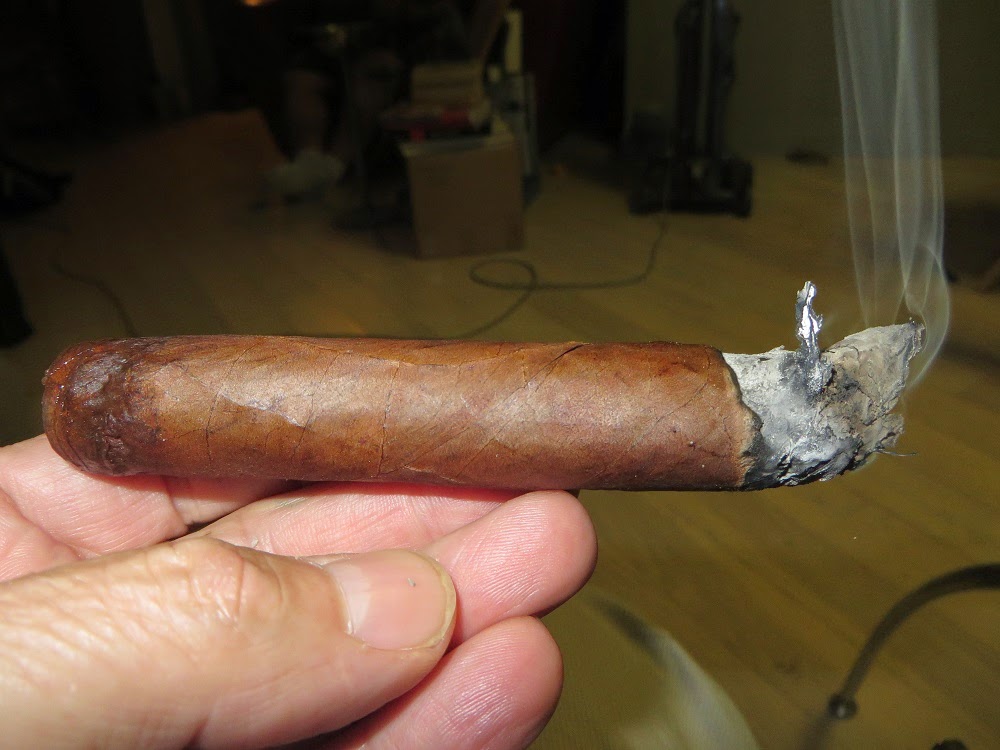 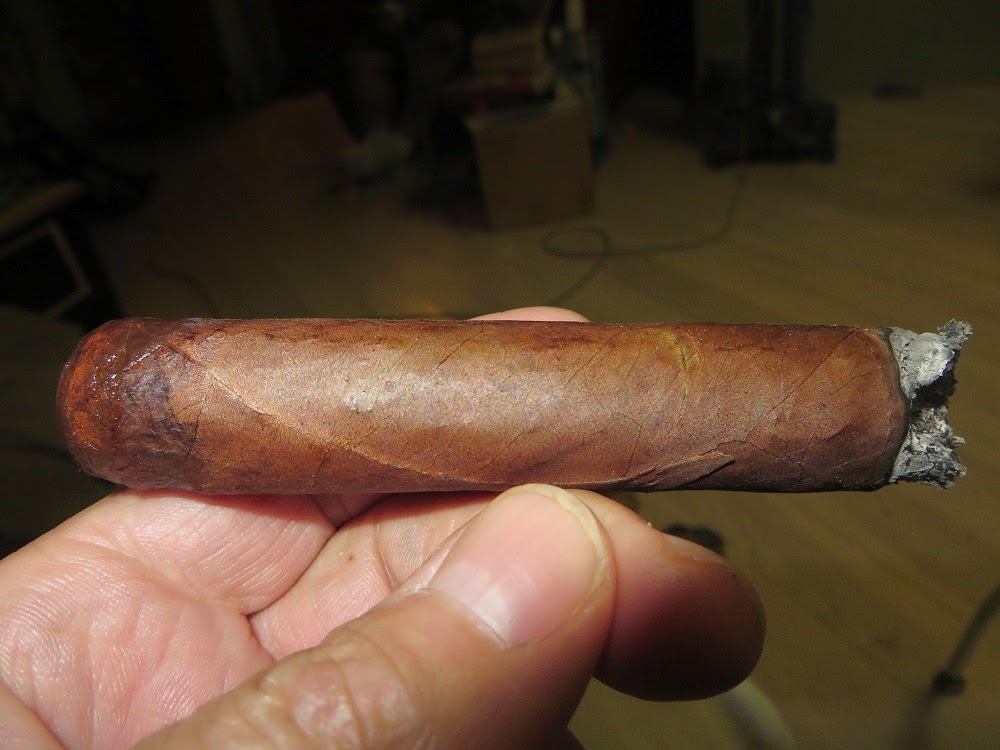 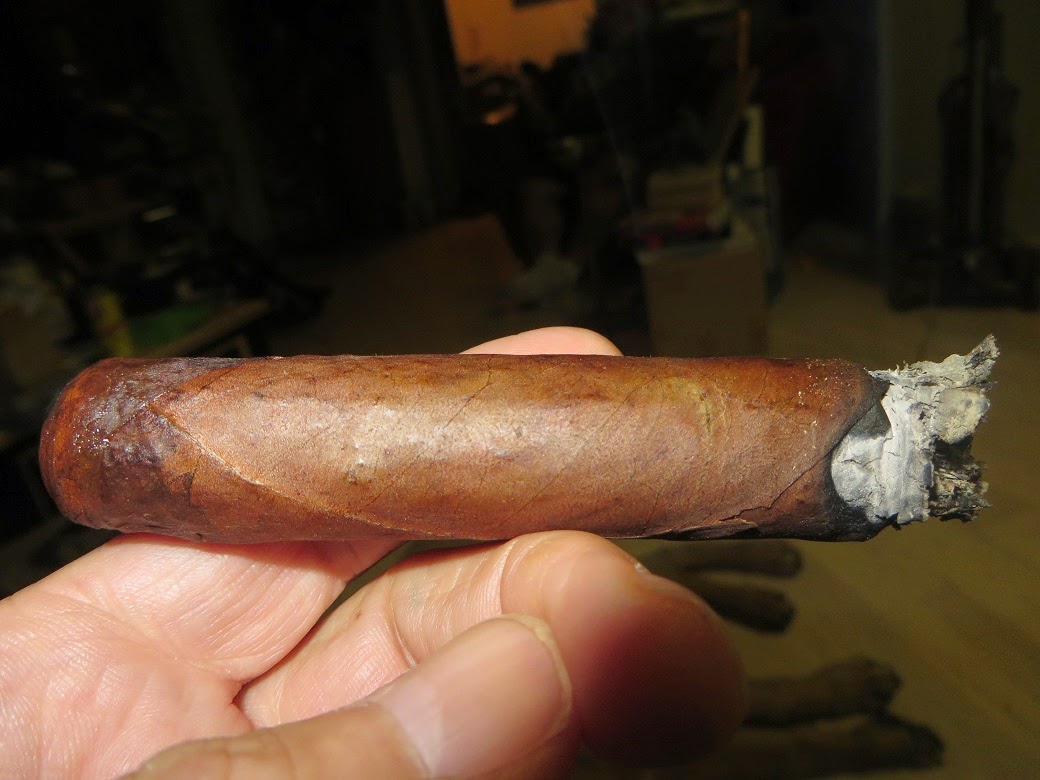 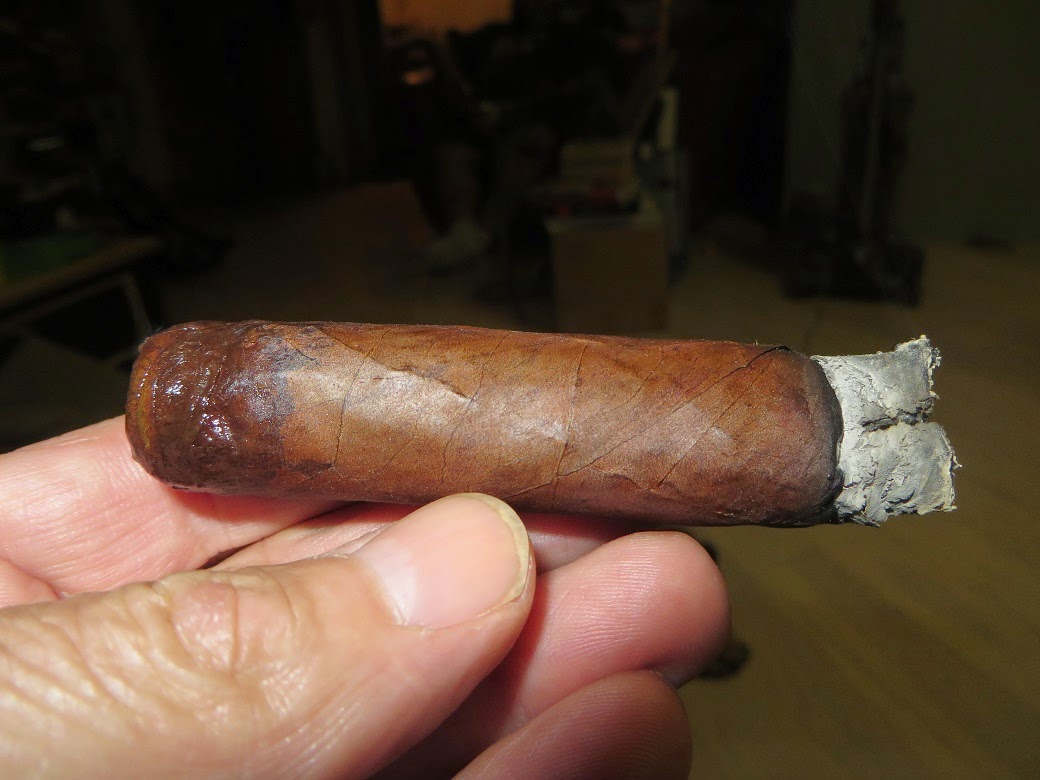 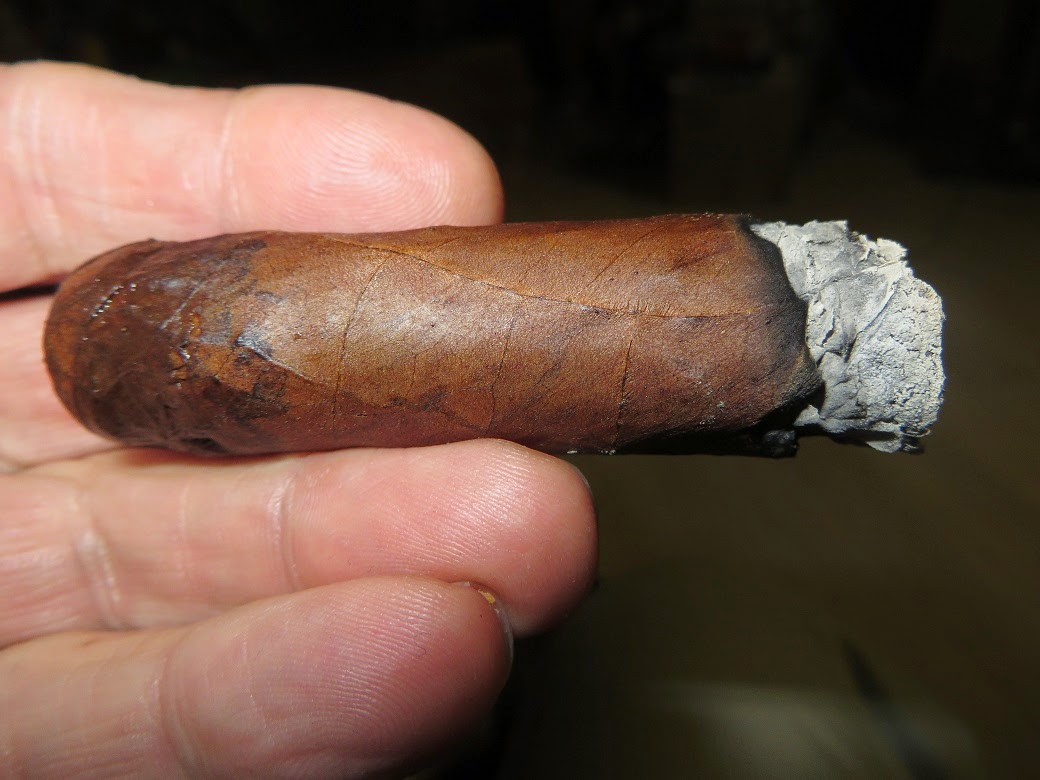 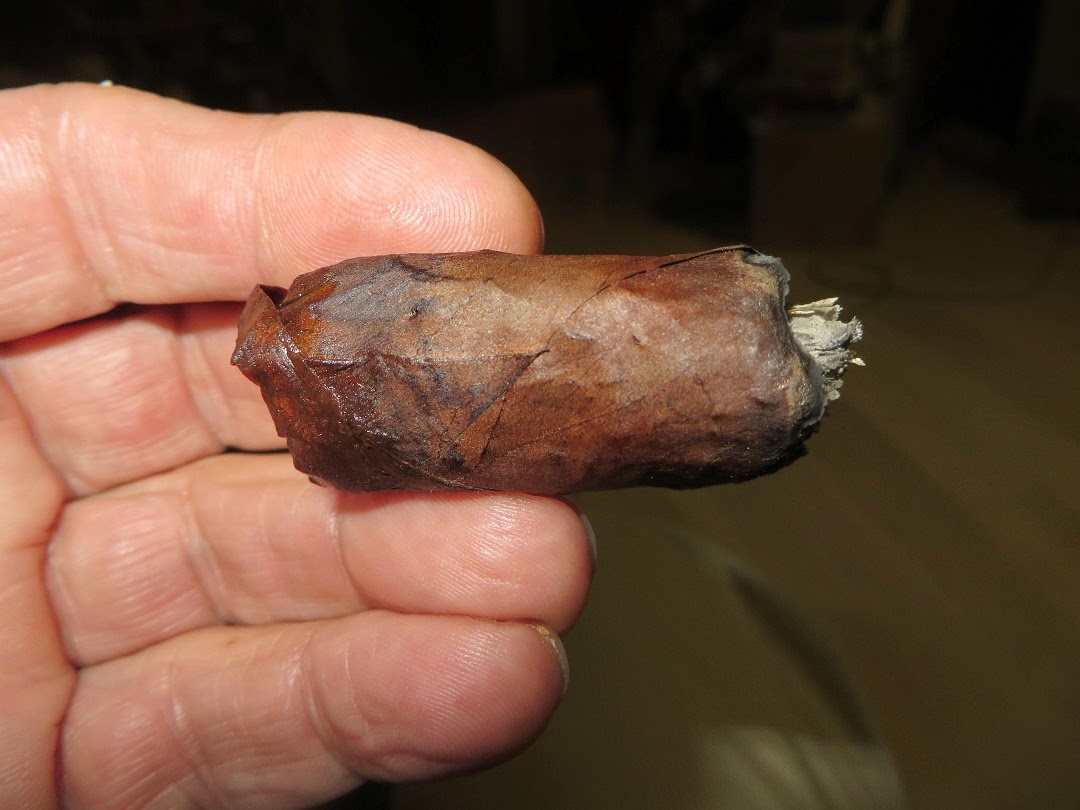 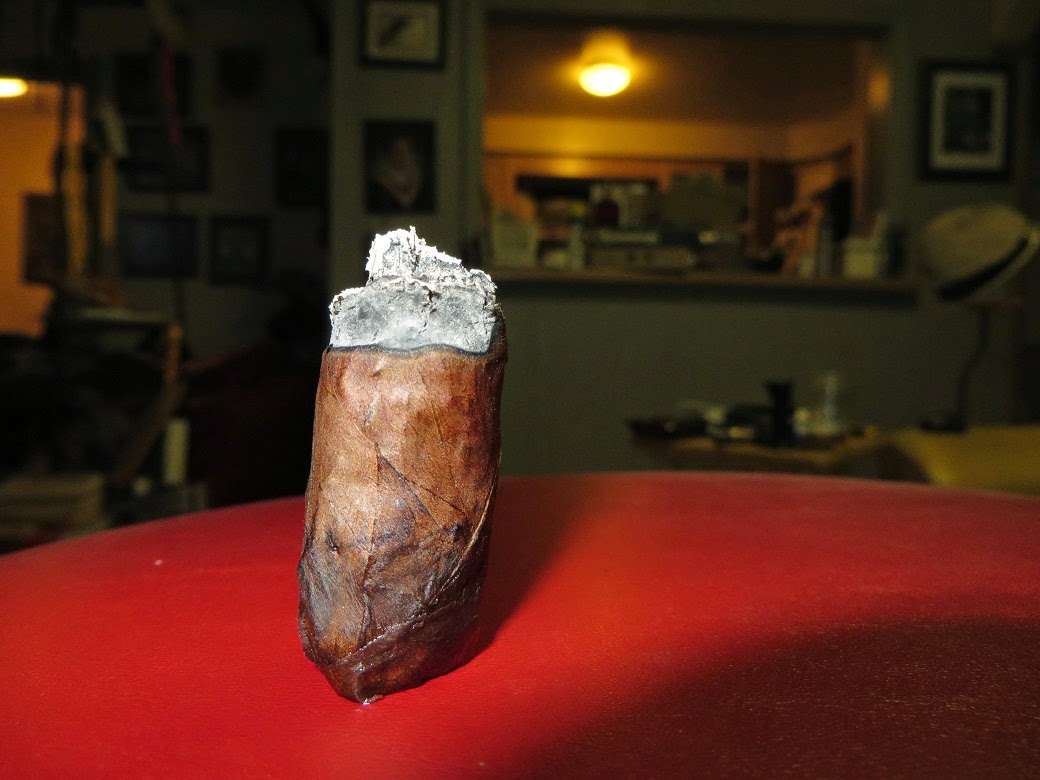