Good day to everyone. I'm calling this "my thoughts" because I'm going to try to stay away from actually reviewing. I never really considered myself a reviewer anyway and it takes away from my personal cigar experience especially as in this case while I'm smoking with friends, drinking rum and talking...I can't do both (or all three). I'm going to see how this approach works out.
Firstly I got a few of these cigars on a trade, I had to have some when I saw them. This cigar is a Short Perfecto or Petit Pyramid that weighs in at 50 x 127 (5.0"). There was a little give when I squeezed it and after checking my other few they're all the same, that tells me they're all rolled by the same guy. It's a relatively veinless cigar with a cedar flavoured pre-light draw.
The draw wasn't as airy as I thought it might have been and from start to finish it was a mild smoke tasting like wood throughout....a pretty non-complicated cigar. A hint of coffee crept in around the one inch mark. I almost forgot to mention that the cigar burned well throughout except at around the last third it had gone out on me...maybe I was talking too much.
It was a pleasure to smoke but this wouldn't be a go-to after dinner cigar for me. Good for beginners and anyone who prefers a mild cigar. For me this would be a perfect morning cigar to go with my espresso....it doesn't even require me to have a breakfast beforehand. I smoked this guy right down to the end, until I couldn't hold it any longer. It was released it 2014 so they may have one to one and half years of age on them but I don't think laying them down for a few years is going to make them any better. 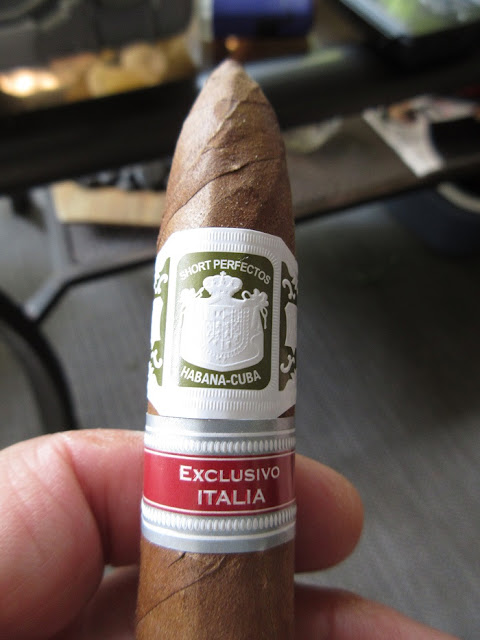 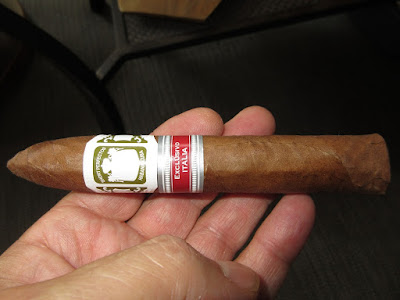 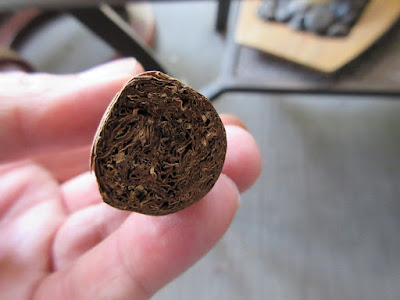 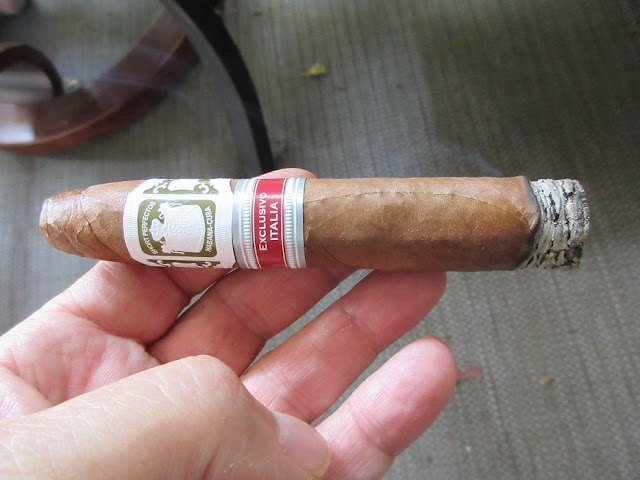 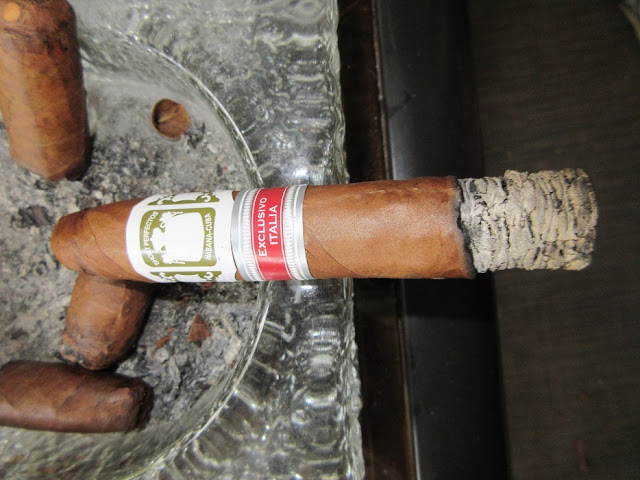 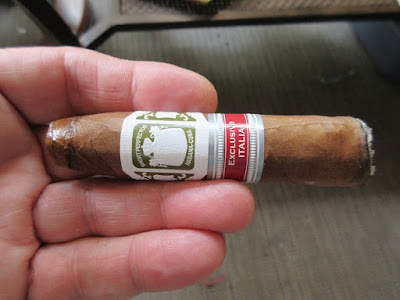 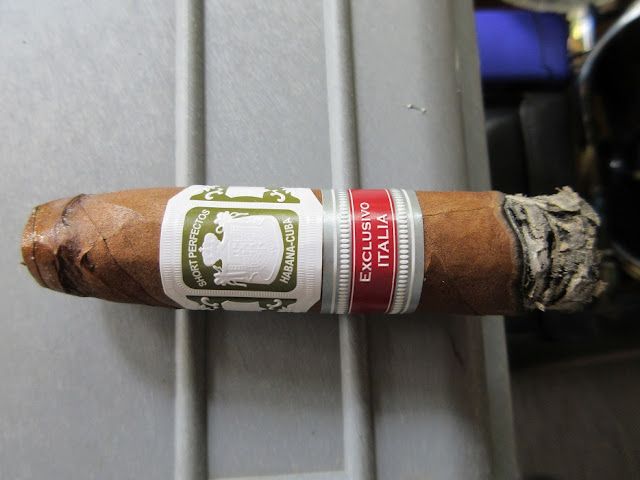 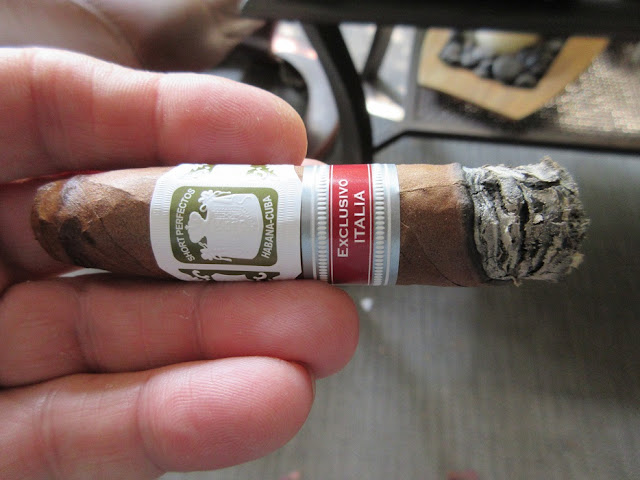 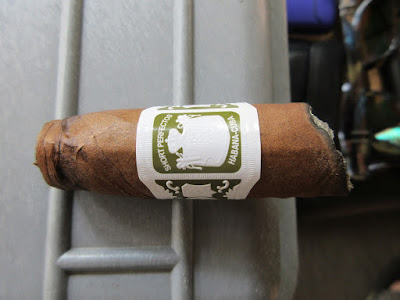 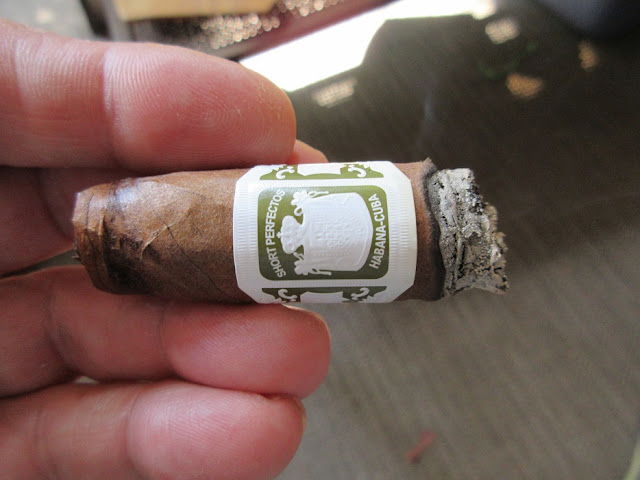 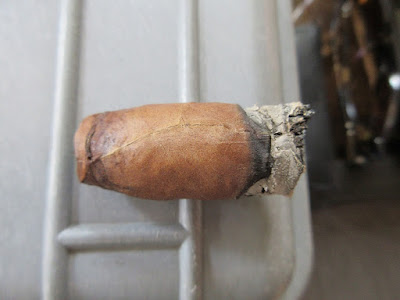 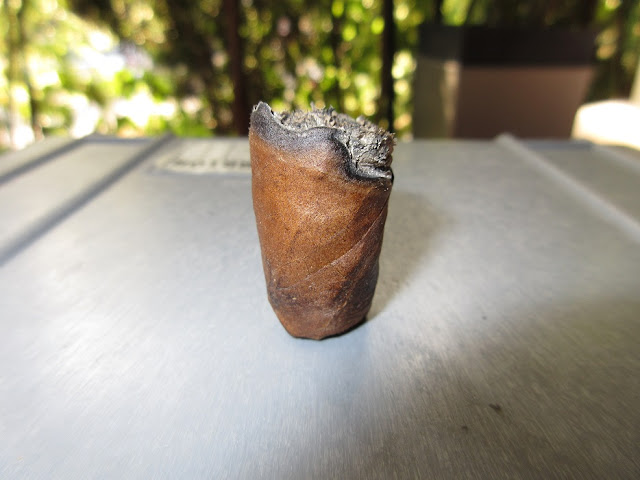