I have a few of these cigars left but this one was given to me by a friend a few weeks ago. I was reluctant to try it as the last few I've had have been completely unapproachable. However, the last time I tried one was about a year ago...it was time to try another.
They call this cigar a Double Robusto and it weighs in at 52 x 166 (6.5"). It had a dark oily wrapper and was hard to the touch. The pre-light draw left a spiciness on my lips. Once lit it immediately filled my taste buds with earthy flavours. It was medium bodied trying to be strong but definitely toned down from the last one I had. The burn was slightly off at the first inch and it's not stronger than a medium at this point. A hint of coffee bean creeping in at the 2" mark and the burn is still off. The ash fell on it's own shortly afterwards. Nearing the halfway mark and it's earth and wood. The draw started out a bit firm but was beginning to open up.
This cigar is mellowing out, still a solid medium body but much smoother than before. A hint of chocolate into the second half of the smoke but still all about earth and wood. The burn has never straightened itself out but it was never so bad that I needed to touch it up. With a third of the cigar remaining the ash falls on it's own again. Touched it up with a 1/4 of the cigar left to go. A slightly bitter earthy, leathery finish but still able to smoke it. Finally let it go when I couldn't hold it any longer.
All I can say is wow, if you have some of these start smoking them. They'll probably vary slightly in taste and readiness depending on where they were rolled, I know that more than one factory rolled these cigars. However, they should be pretty close, I'm going to have to smoke a couple more within the next few months to make sure. For all you guys that didn't get a chance to buy these when they came out I'm sure they're hard to find and expensive today, I'm glad I have some. 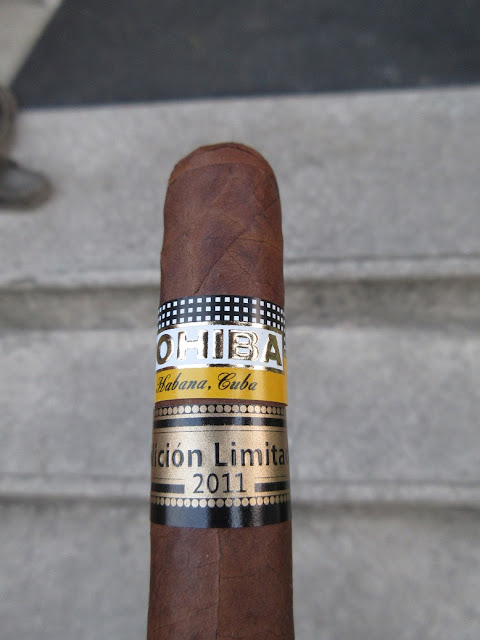 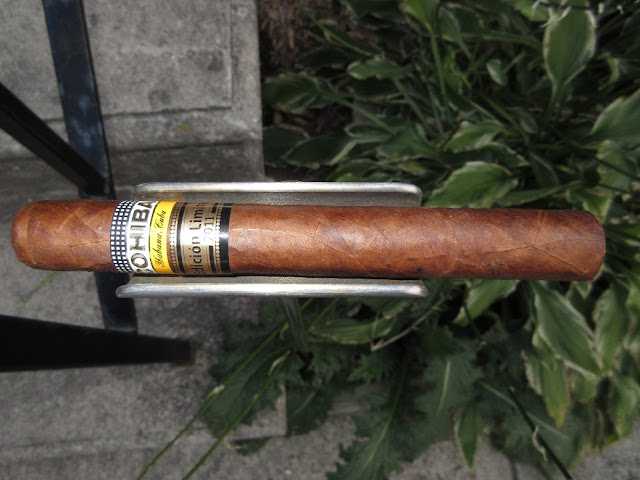 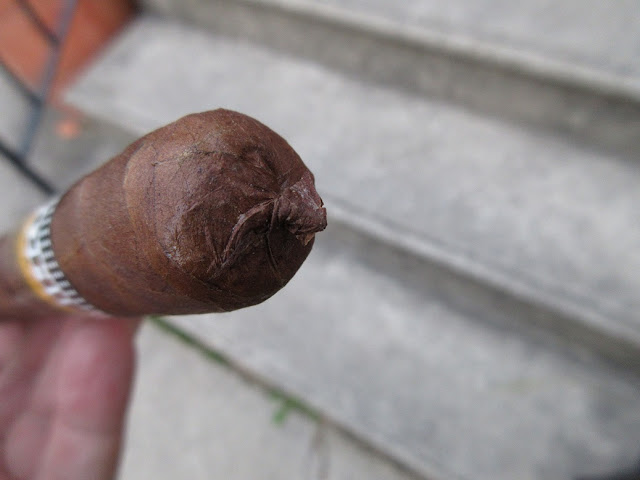 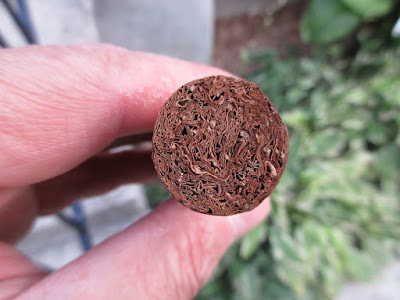 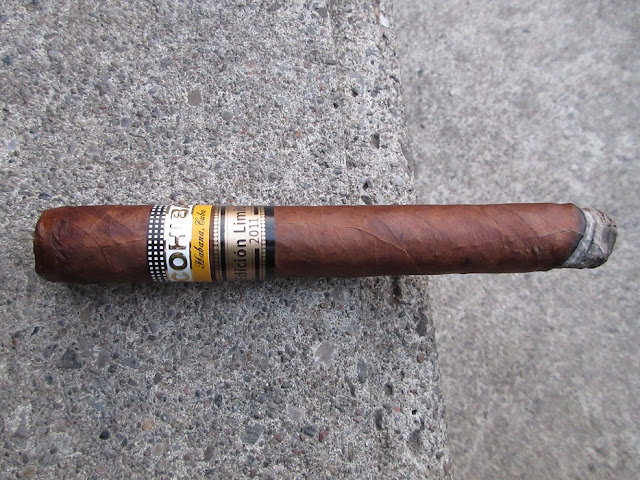 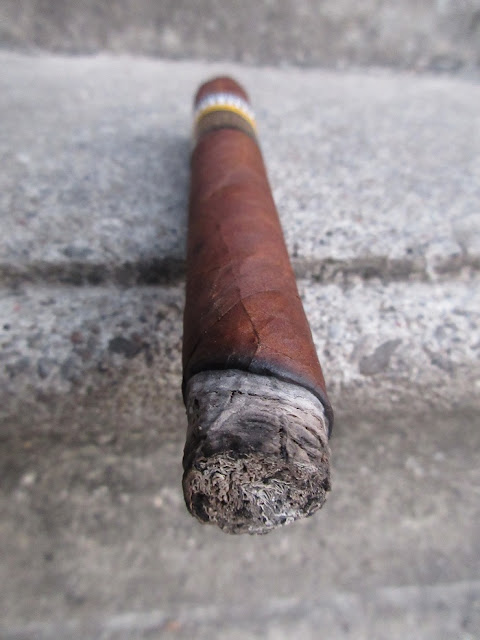 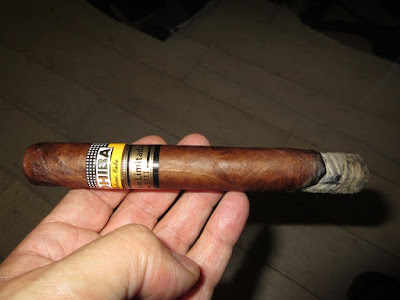 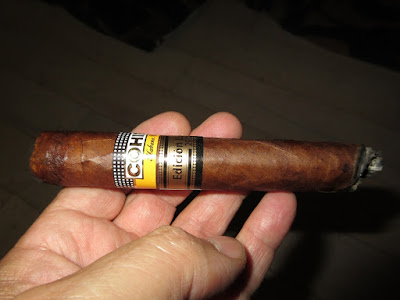 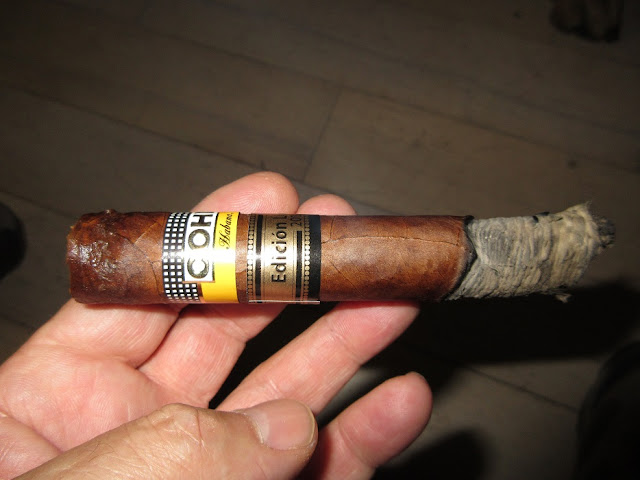 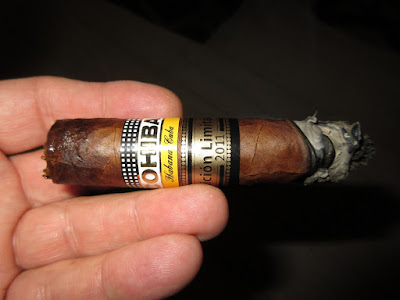 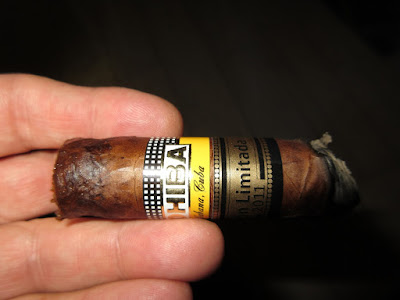 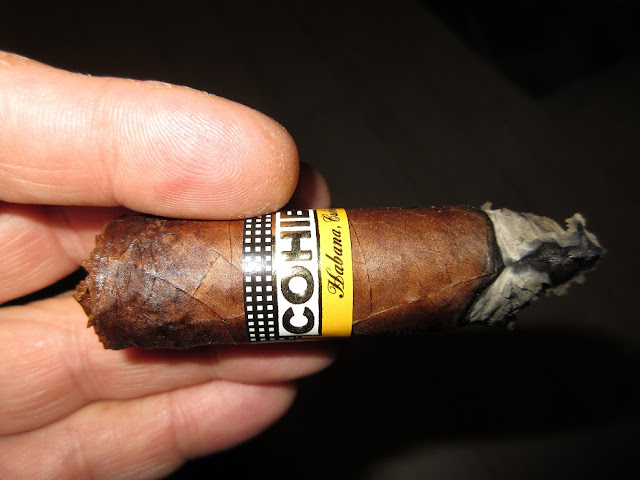 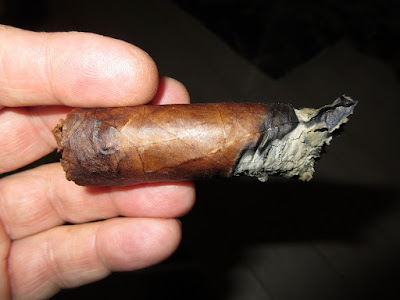 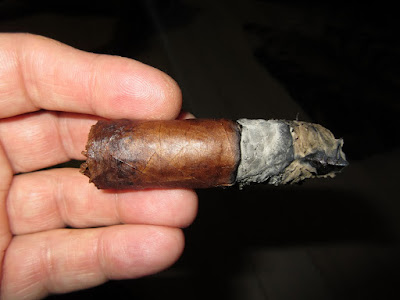 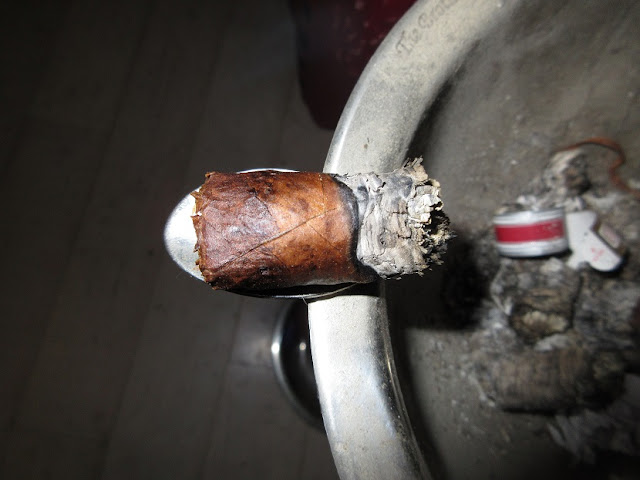