Victor Hugo (born Feb. 1802 – died May 1885) was a French poet, novelist, and dramatist who never set foot on Cuban soil, yet, he has a museum named after him in Havana.....why? The museum in question is the Casa Victor Hugo located on Calle O'Reilly N° 311 founded in 2005....it took 3 years for the restoration that started in 2002. The financing was provided by the Office of the Historian of the City of Havana and the French Association Cuba Cooperation. The building itself, which was built in 1754, was once owned by the family of scientist Felipe Poey who was born onto French and Spanish parents....he founded the Museum of Natural History of Havana in 1839 and was a president of the anthropological Society as well. Throughout the builing's history it had housed different utilities such as Banks and Insurance Companies. As far as Victor Hugo's connection to Cuba goes, he always supported the independence of Cubans (always defending the poor and oppressed) being a spokesman for their struggles during their war with Spain.
Besides being a museum, the house works as a cultural center dedicated to promoting French culture and language in Havana, a way of reestablishing relationships with the country. Some of the activities that go on here are: exhibits, conferences, concerts & screening of documentaries & French films. It's an institution that studies the French language, culture and customs with a library containing French literature highlighting the works of the famous Victor Hugo. Besides the projection room that shows French films there are also exhibit rooms with contemporary art and heritage from the different French regions. Some of the things that are part of the permanent exhibition; a reproduction of the death mask of Victor Hugo, documents, objects associated with French pharmacy and medicine found by archaeologists, wall paintings and fragments of Catalan tiles from the 18th century & Valencia from the 19th.
When the house was inaugurated by the Historian of the City, Eusebio Leal Spengler, in attendance were: Roger Grevoul, president of the Cuba Cooperation Association; Marie-France Pagmier, Ambassador of France: Ricardo Alarcón, President of the National Assembly of People's Power, and Abel Prieto, Minister of Culture as well as Marie and Laura Hugo, great-great-granddaughters of the French writer. This institution has served to unite the bonds of friendship between Cuba and France. 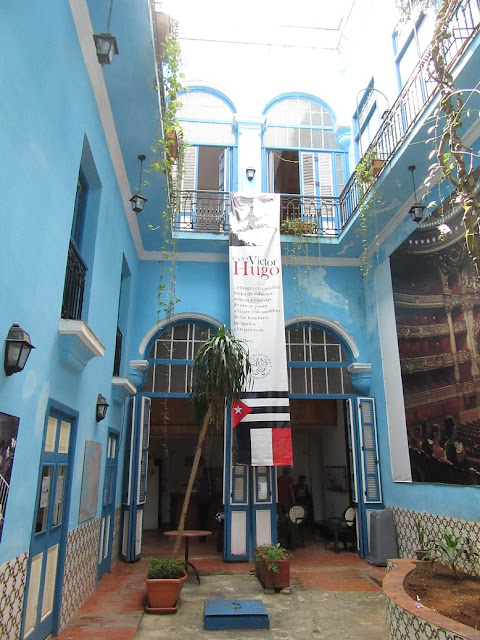 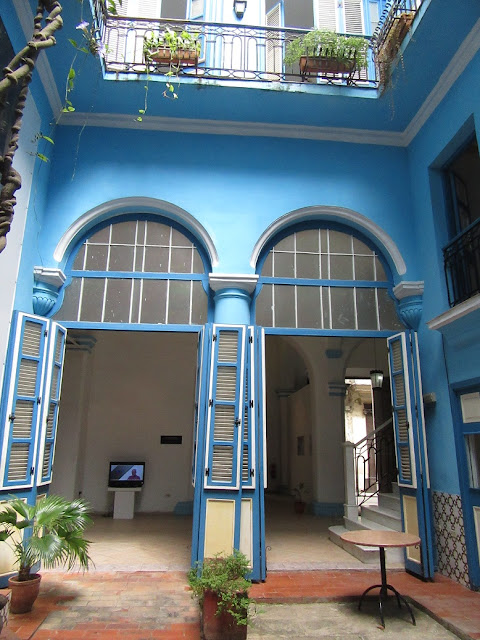 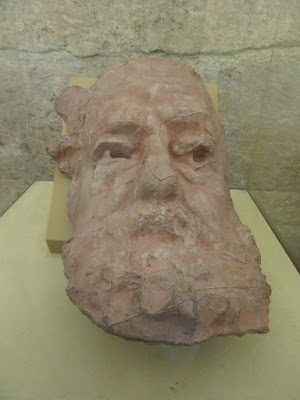 Reproduction of the death mask of Victor Hugo 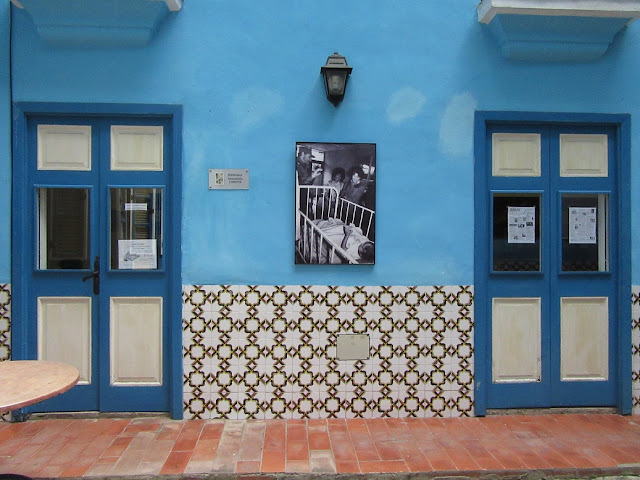 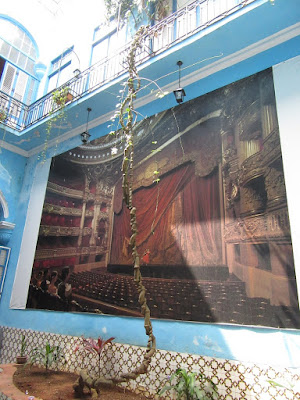 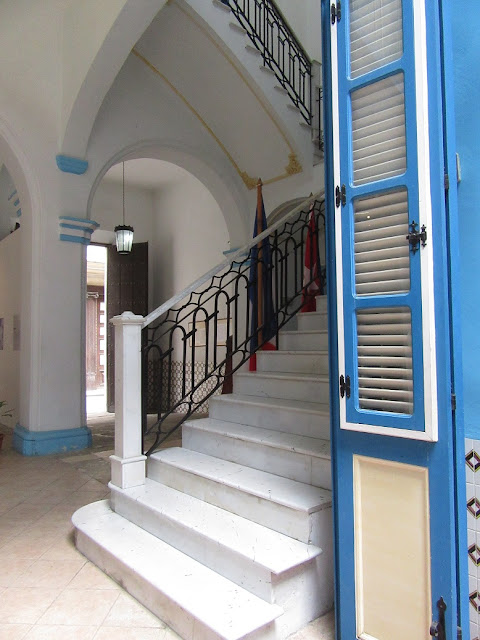 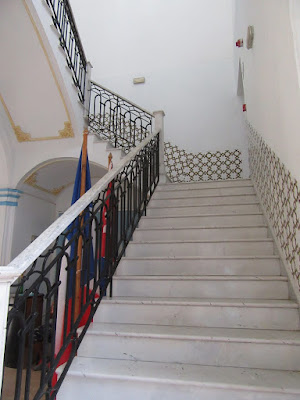 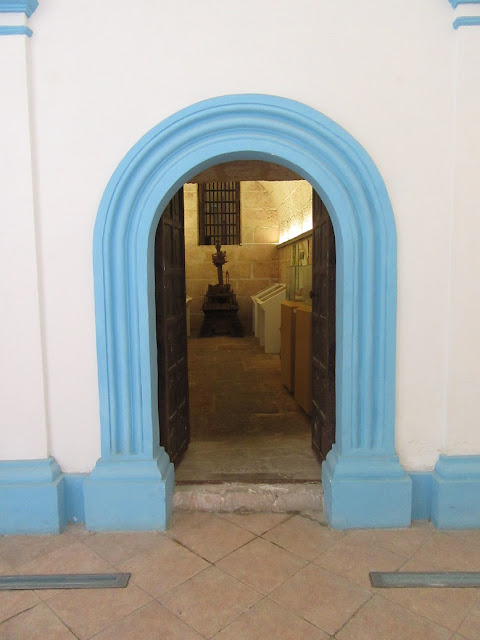 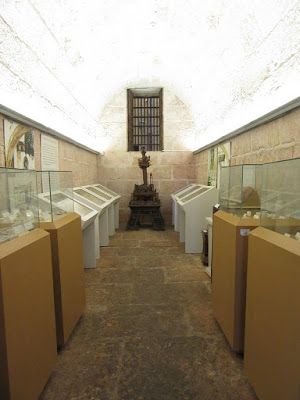 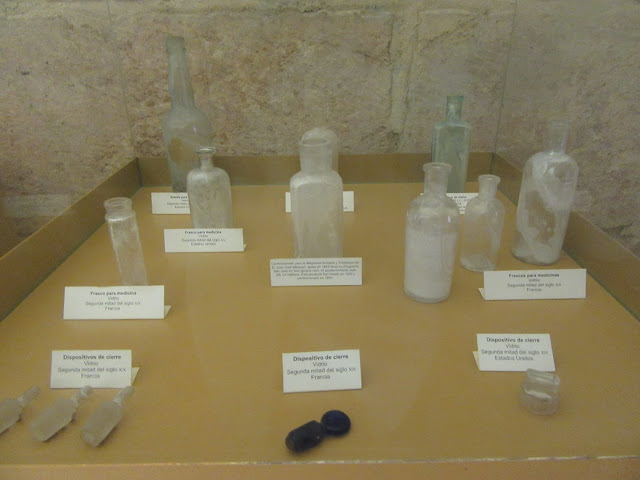 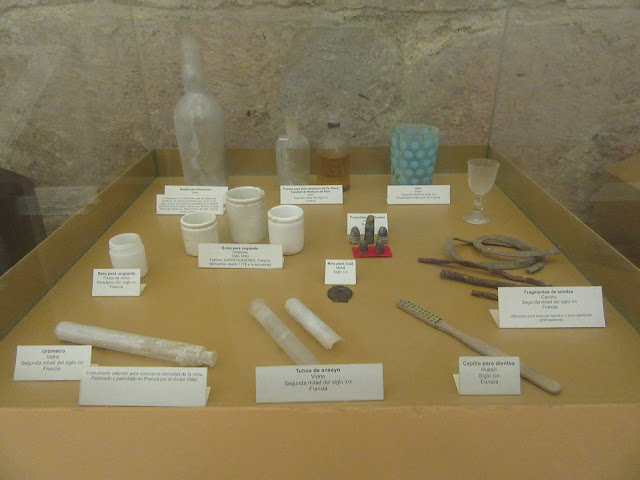 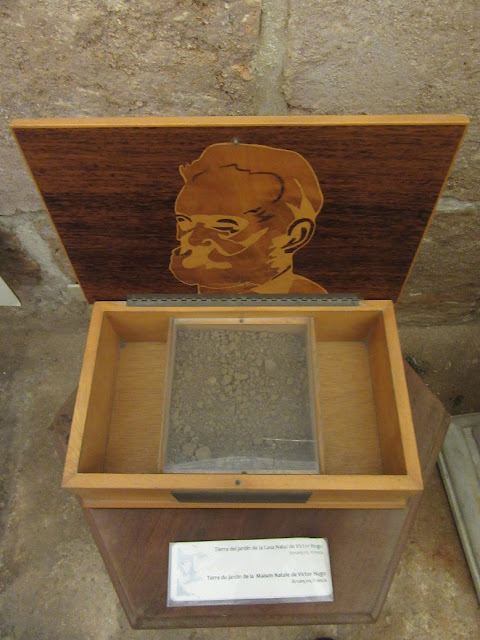 Soil from the garden of Hugo's birth home 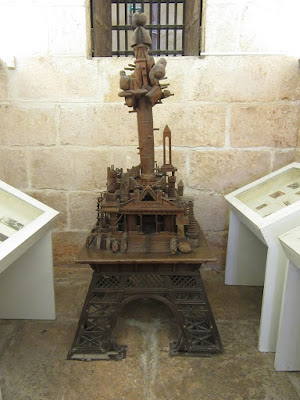 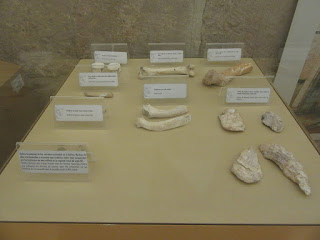 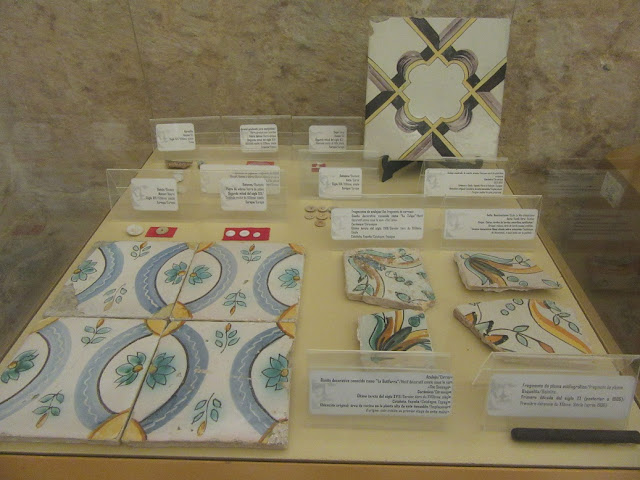 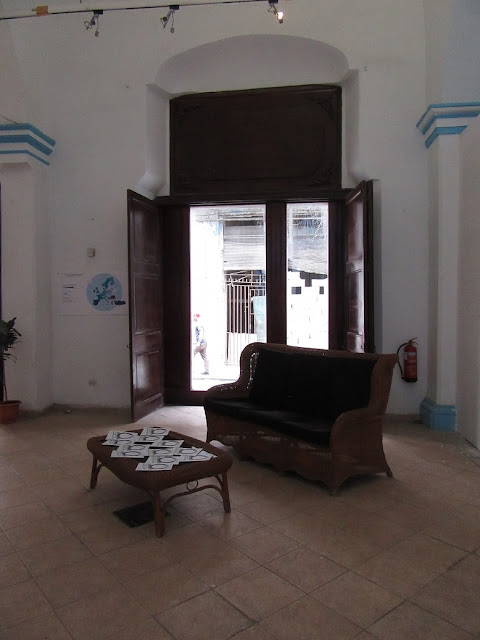 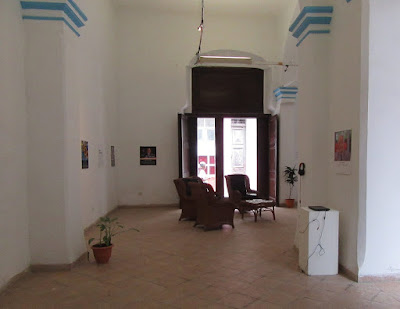 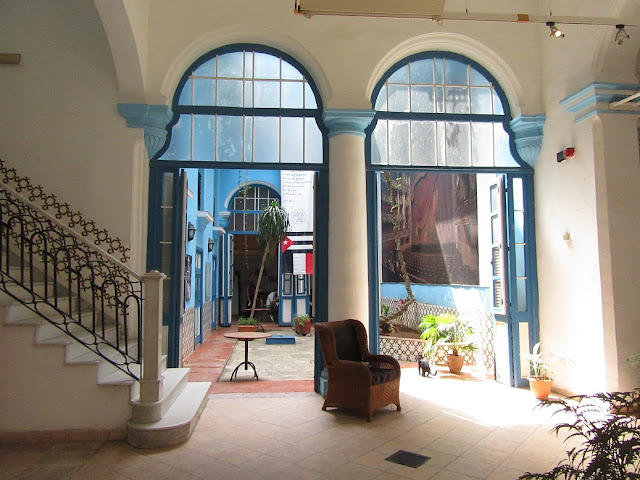 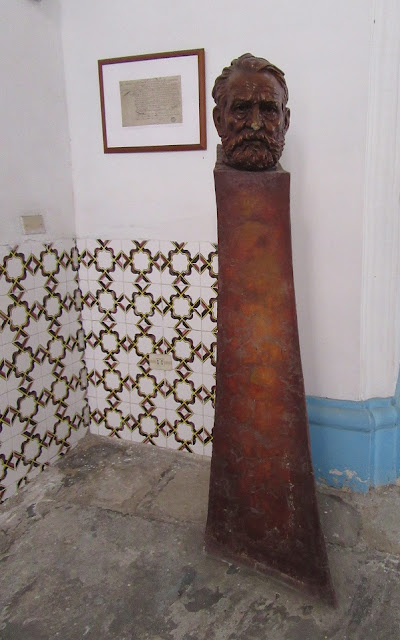 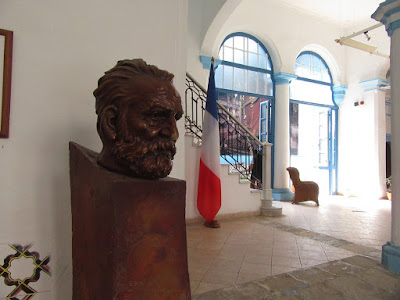