This edifice has been elusive to me in that I have yet to find it open after trying to enter so many times. Nonetheless, the exterior offers an array of photographic opportunities but the interior remains a mystery to me.
Located on Avenida del Puerto, between Sol and Calle Santa Clara, it was built on a plot of land where in 2004 two buildings had collapsed due to deterioration. Construction began February 14 , 2006 and was consecrated on Sunday, October 19 of 2008 by the Metropolitan Kiril of Smolensk and Kaliningrad, current Patriarch of Moscow, with the presence of Raúl Castro Ruz. This was seen as a show of Russo-Cuban friendship. The Cathedral covers an area of 1,200 meters in front of the bay of Havana and occupies a total area of ​​200 square meters. The walls of the church are between 45cm and 80cm thick because the diameter of the arches requires supports able to resist their weight. It was designed by the Russian architect Rostislav Vorontsov and his Cuban colleague Jaime Rodríguez with engineer Pedro Rodríguez being the structural designer. Both Cubans traveled to Russia to become familiar with this type of construction. The Cathedral is of Byzantine style with six domes, two laminated in gold (the largest and the smallest) and four in bronze, which are crowned by four crosses of solid gold. Agreed with by the ecclesial Russian authorities, the project was executed with specialists and workers of the Office of the Historian of the City, led by Eusebio Leal Spengler. The building of this temple also benefited adjoining homes and restored shops in bad condition as well as favoring the dock, the streets and the sewage system within it's vicinity.
I will continue to try to get to see the inside of this church but as I said, if you can't get inside, the exterior offers great photographic opportunities. 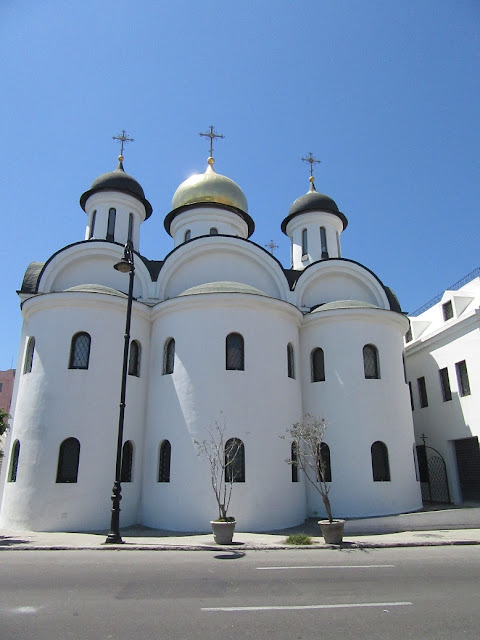 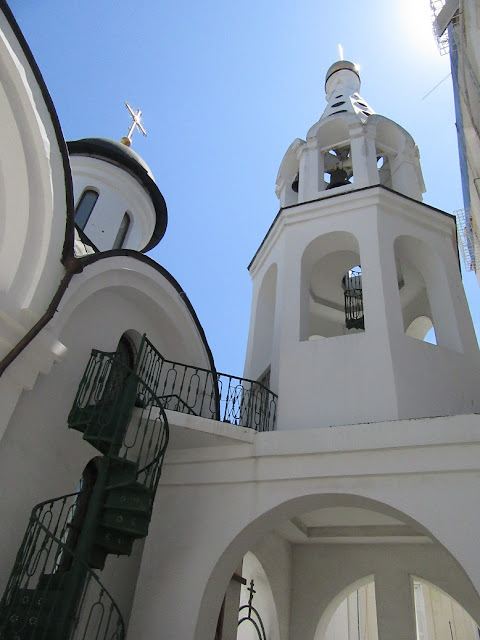 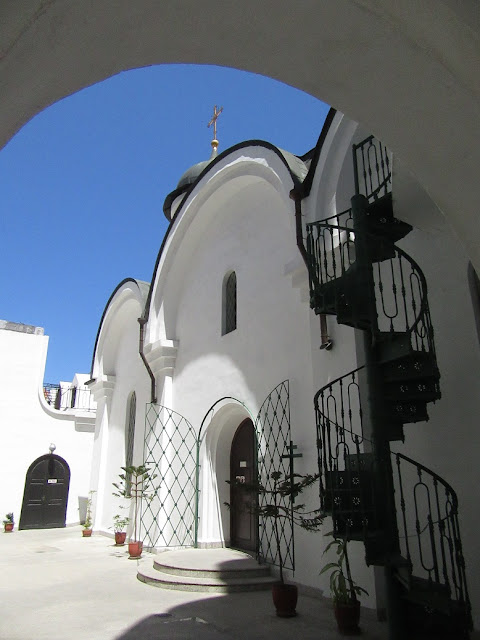 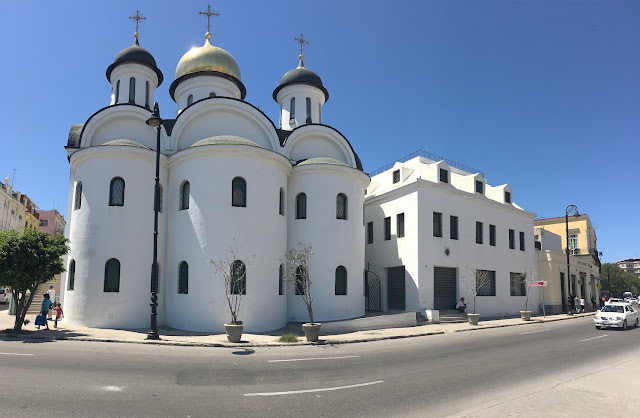 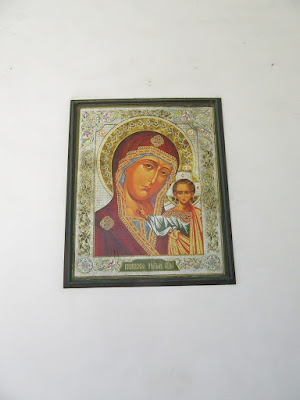 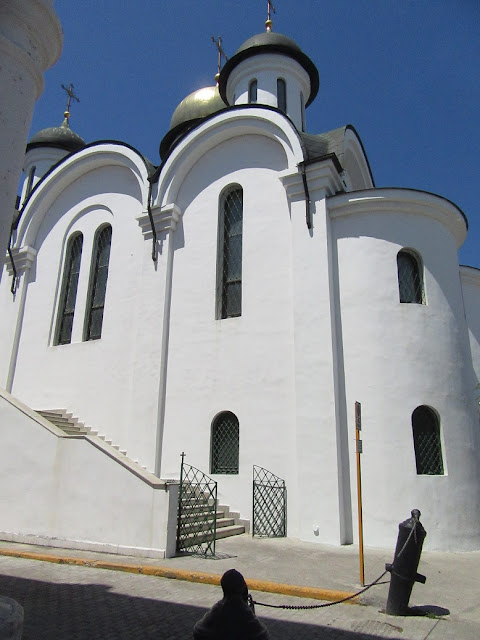 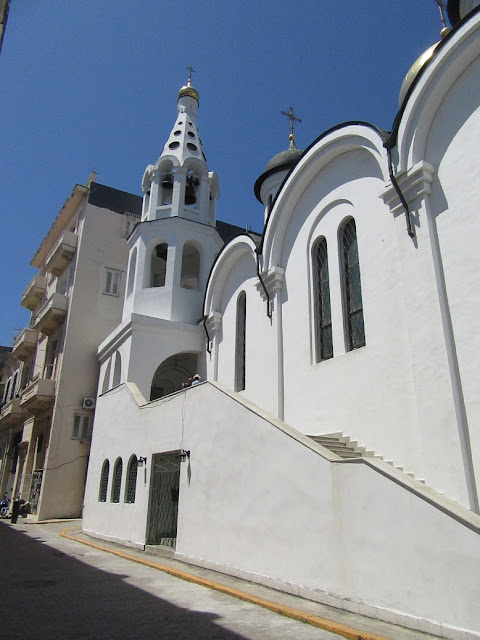 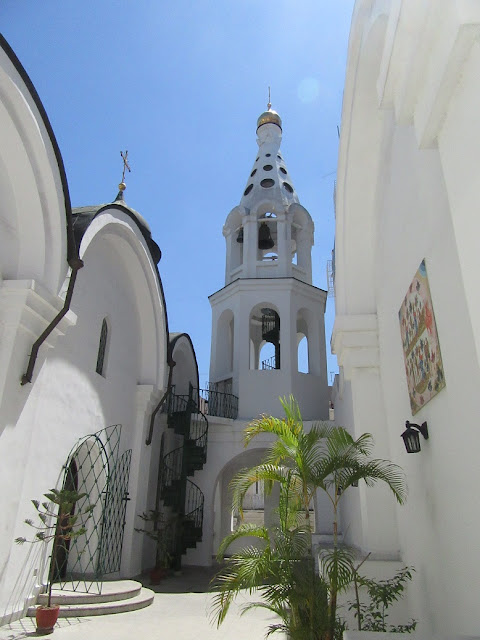 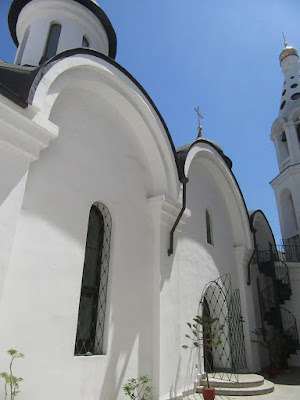 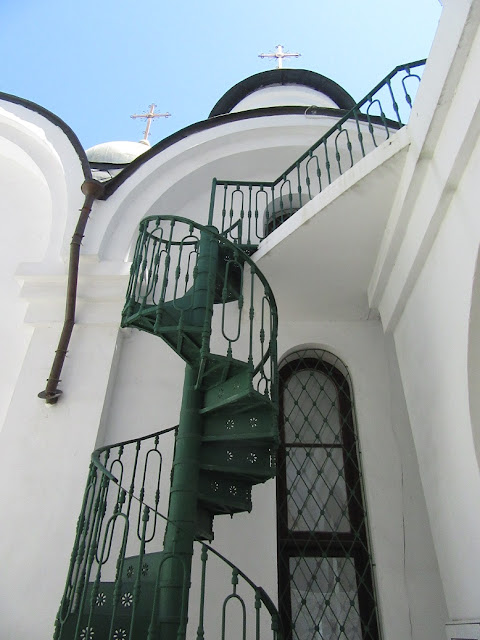 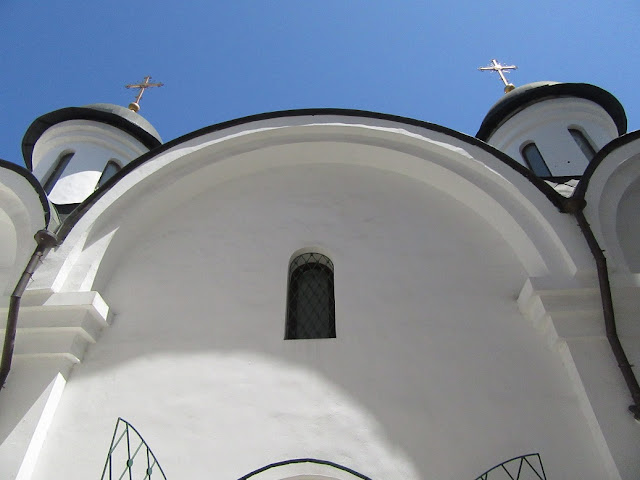 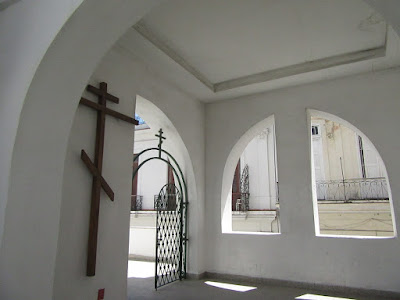 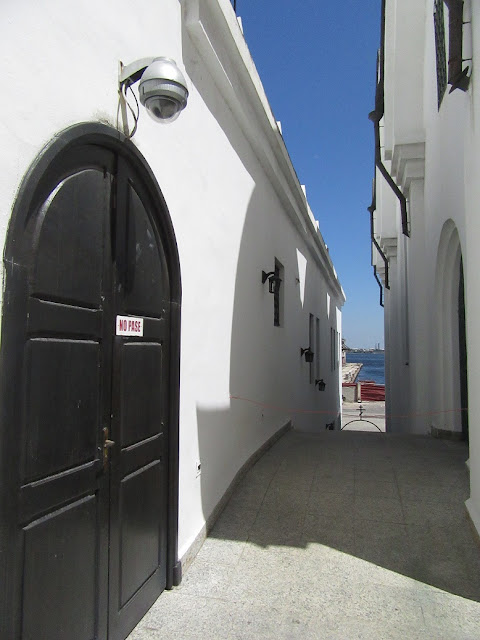 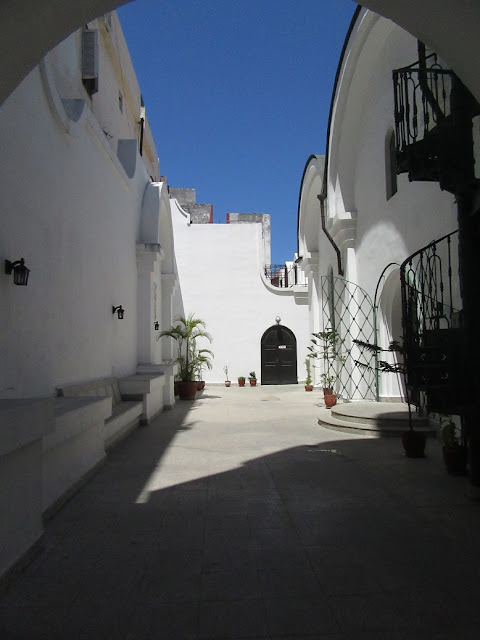