Anytime I'm in Havana I always come here and visit my old friend Reinaldo Gonzalez who's name I've been spelling incorrectly for all these years. I met Reinaldo around 2005-6 and have been coming here ever since. The shop is smack in the middle of Habana Vieje where most people don't even know of it's existence, which is fine by me. It's never full except during one of the festivals and Reinaldo is almost always there, unless he's off on one of his vacations.....speaking of which....so that everyone knows, Reinaldo has not left the country for good. It seems that many people thought that he had left Cuba for Mexico after having seen many pictures of that country posted on his Facebook Page. Reinaldo is still at Conde but minus his roller, it seems that Jorge has left the country or retired and he's having to do all the rolling himself. During the 2 months I was there I visited 4-5 times, sometimes just for a coffee and to buy a cigar and other times for a while longer, to relax or to get out of the rain. It's a perfect spot within the old part of the city to get away from it all and forget where you are. If you're ever in the area you have to pop in and pay him a visit....this is where some of the best cigars in the city are rolled.

PS.....there's almost always a soccer game shown on the big screen tv. If a game is being played at that time, it will be shown....everyone here is a soccer fan, Barcelona specifically. 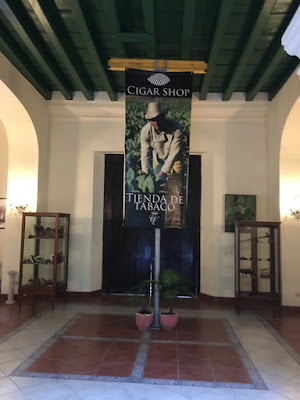 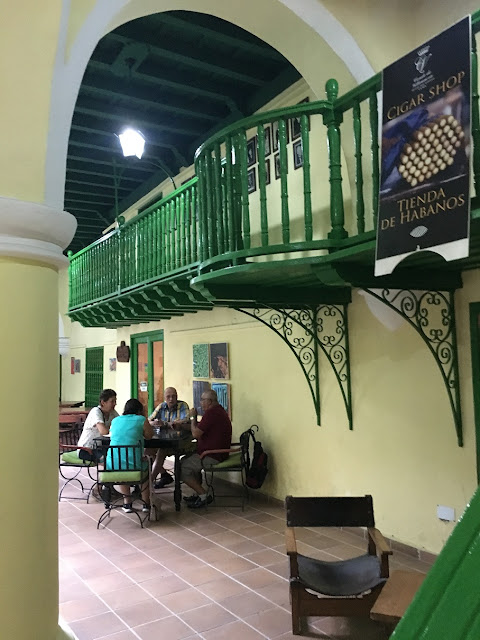 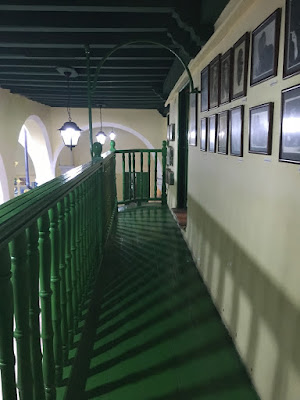 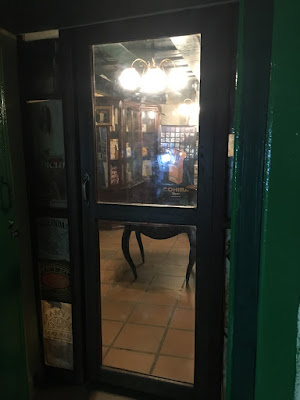 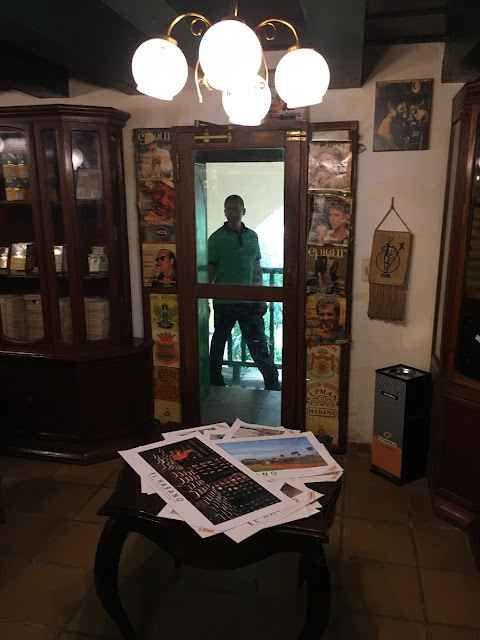 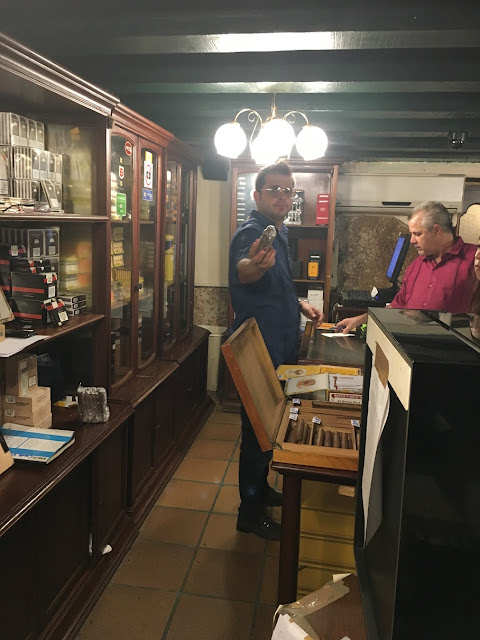 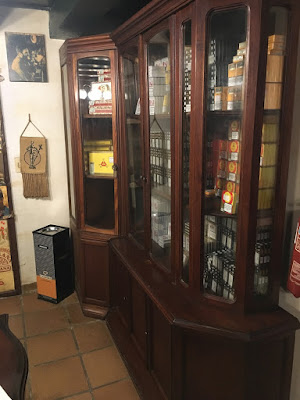 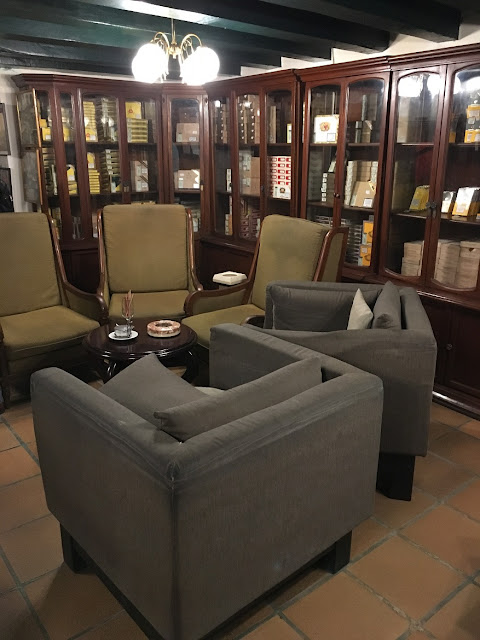 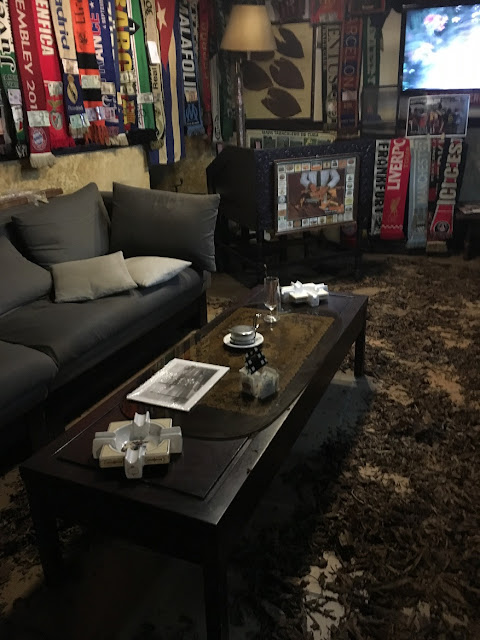 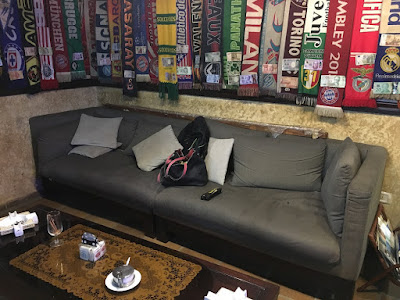 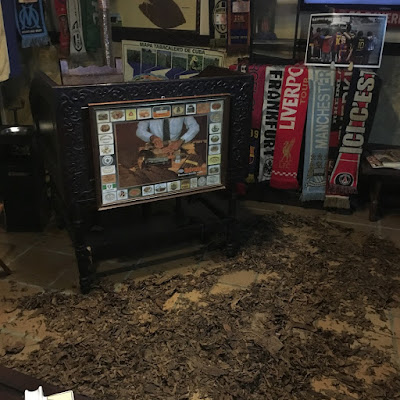 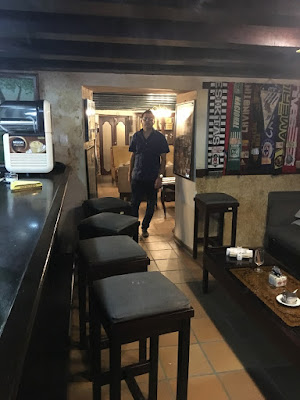 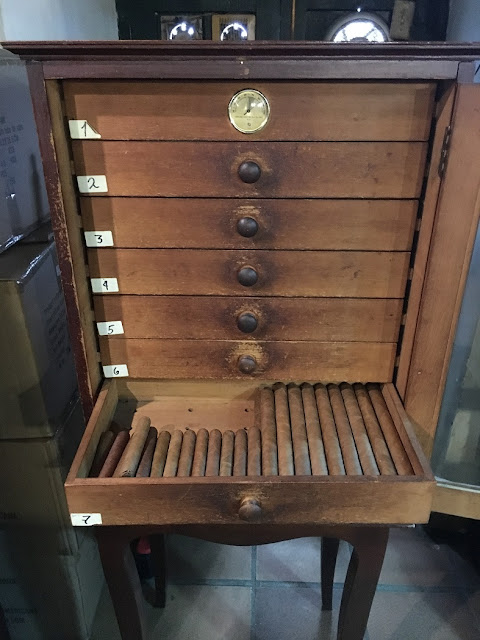 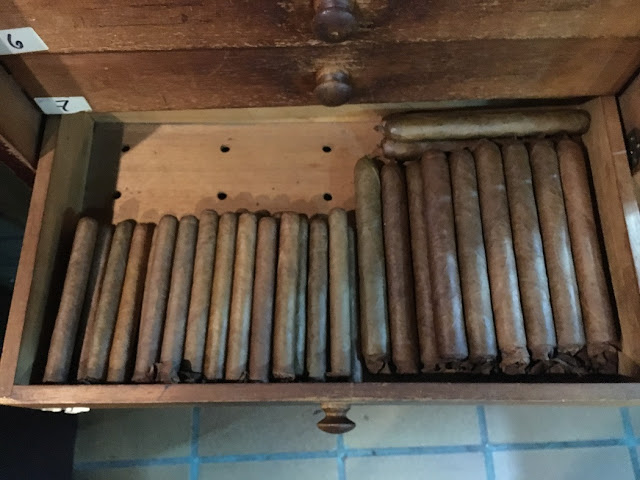 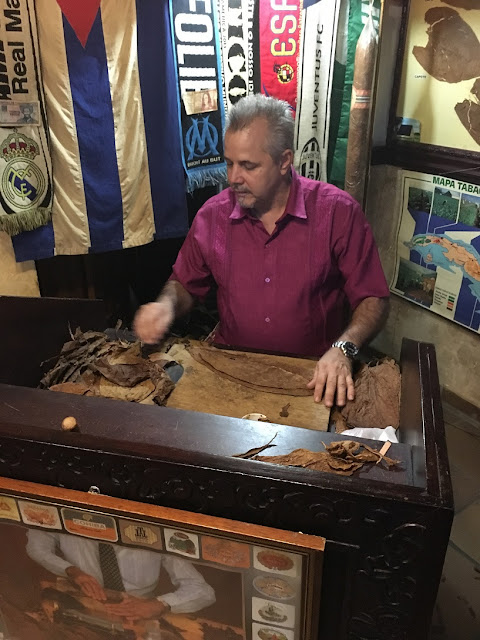 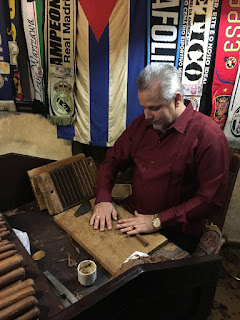 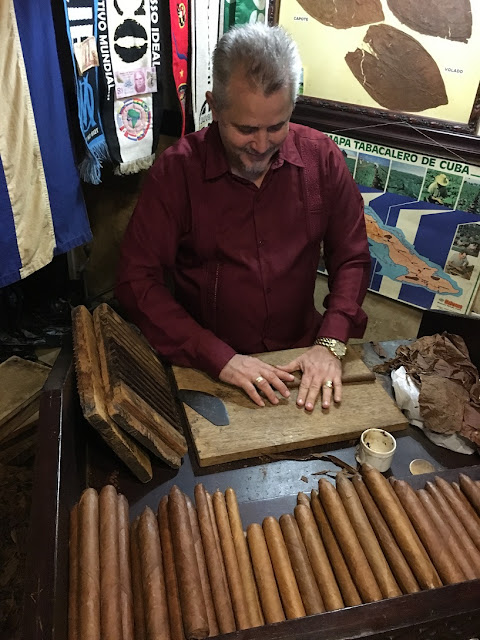 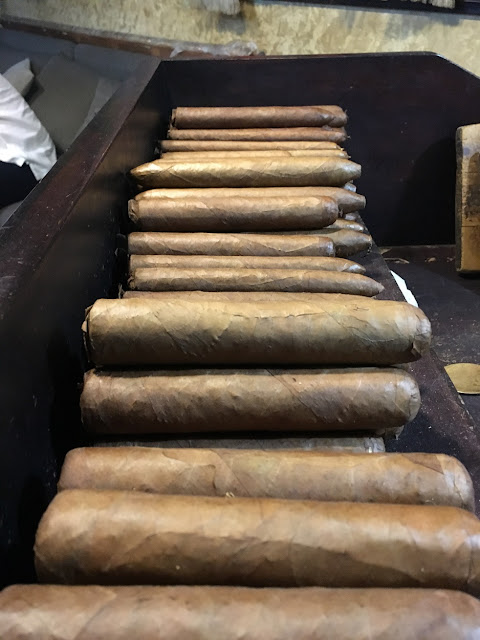 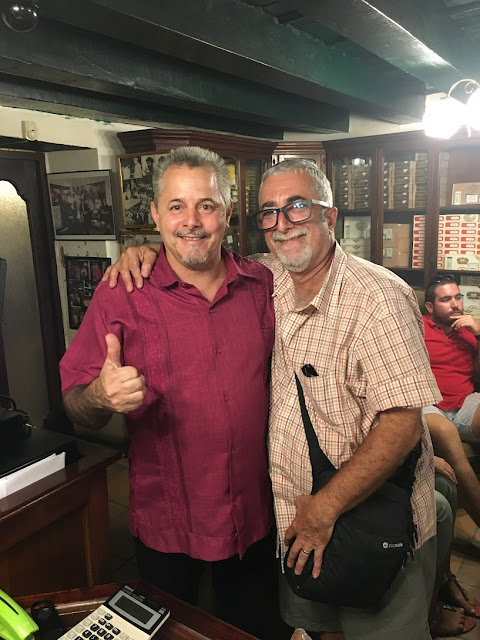