I was happy to get an invitation to share a meal with some friends while in Havana last month and even happier when told it would be here. It was then that I discovered that Al Carbon had opened up another space above the existing restaurant. This has nothing to do with the restaurant next door, 'Chef Ivan Gusto', which is located upstairs next to Carbon and is also part of the part of the restaurant but separate....Chef Iván Rodríguez López owns and operates both restaurants.
The new space is a rooftop patio and cigar smoking is allowed. The decor is similar to the space on the main floor, with memorabilia scattered around the dining room....cozy. The service was great, the waiter was entertaining and funny. The food, once again, did not disappoint.
Before coming here my first time several years ago, a friend suggested I try the signature dish, the suckling pig. I had it at that time and loved it, I decided to have it once again as did several others at our table of 8. They are not uniform in size, one may be a little bigger than the other, but they're all prepared the same way. If you're health conscious I suggest you don't ask how it's cooked. They do, what amounts to, deep-frying the piece of meat before roasting it over charcoal. I know it's a heart attack on a plate, especially the crispy skin, but how often do you eat something like this. It was as good as I remembered it to be. This dish is definitely not for the weak of heart. As a starter I had something I usually don't have, the Ceviche made with Red Snapper. For those of you who don't know, the fish is raw, cubed and prepared with lime, olive oil and herbs. I enjoyed the Ceviche as well, not as much as the Pork but it was a nice light appetizer to have before the Suckling Pig that I knew was going to be too much. My wife had the Pumpkin Salad to start, which was pretty simple, and the Grilled Swordfish for her main course. Both her dishes were nicely presented and she was satisfied with her choices. Someone ordered a soup to start that came served in loaf of bread and as a main course someone had ordered the Pork Ribs. The ribs were a little on the dry side but I remember them being that way the time I had them a couple of years ago, I imagine that's just the way they do them. A signature cocktail (for the life of me I can't remember what it was called) was sold at the table, it's a show, served under glass.
Food was great, the company was stupendous, we had a wonderful time. I will continue to come here and recommend it to anyone who asks. The chef-owner came around and joined us for a bit before going home, it was a nice touch. 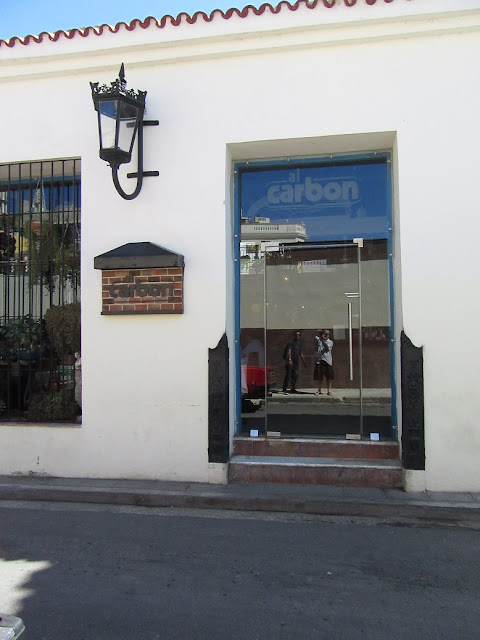 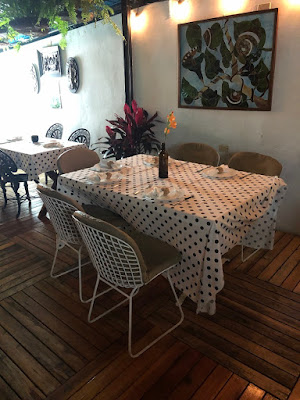 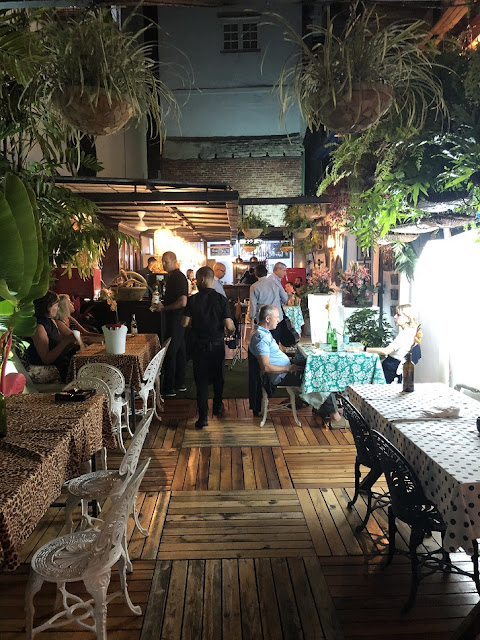 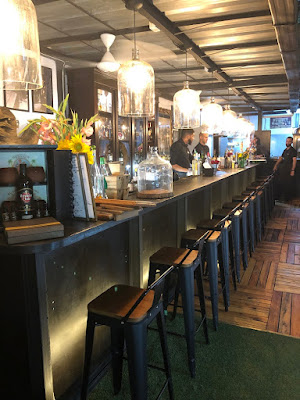 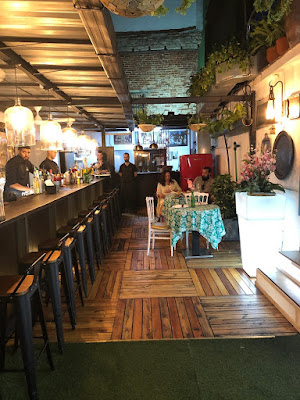 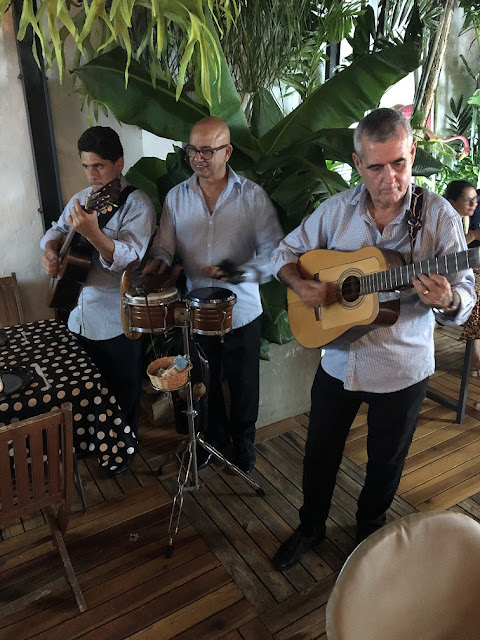 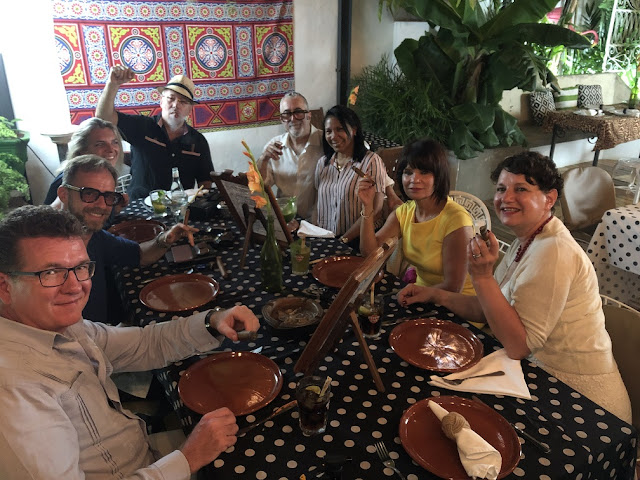 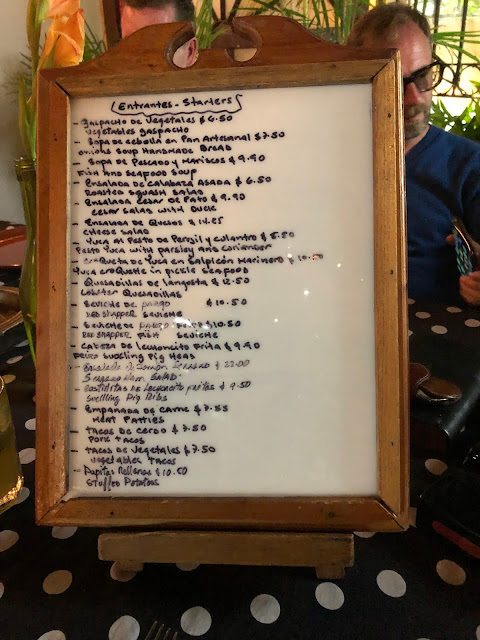 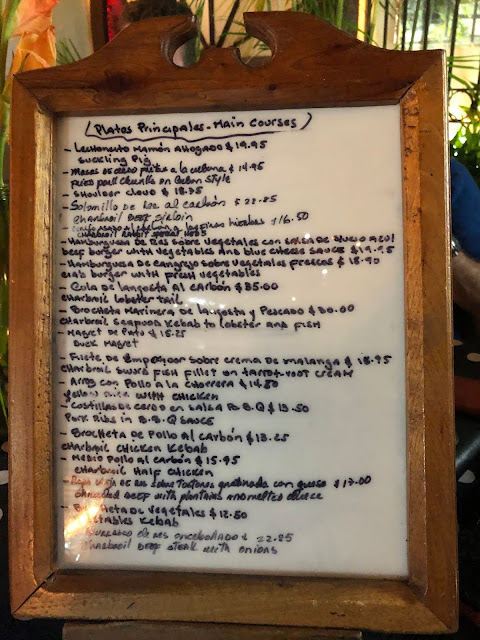 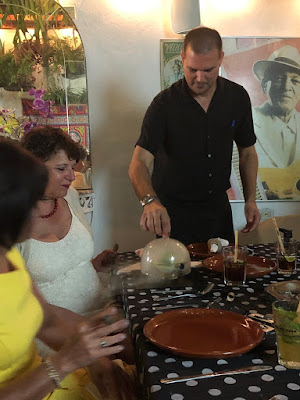 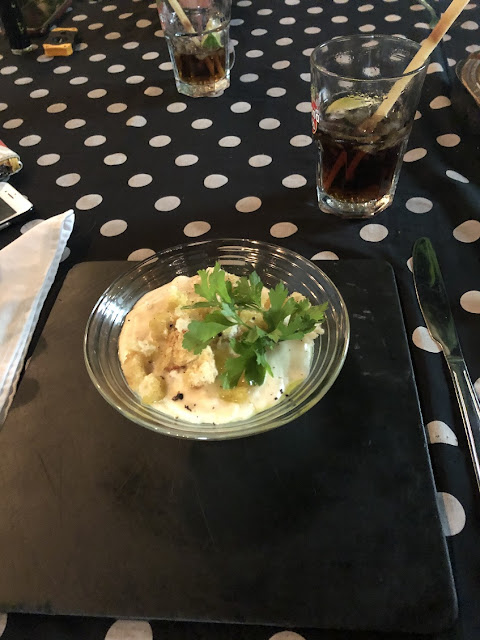 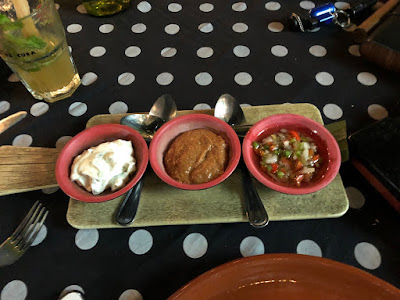 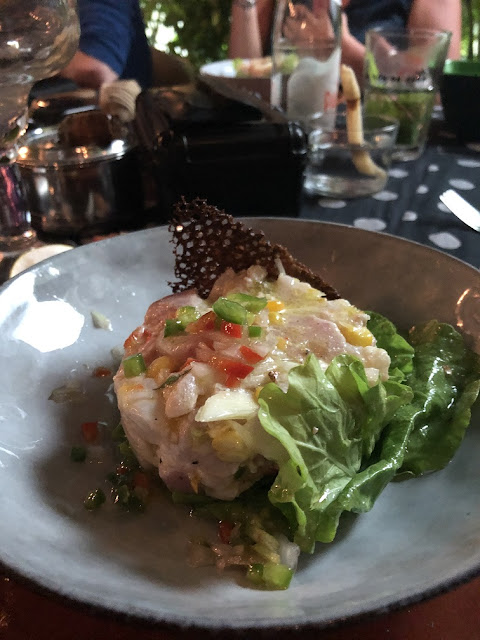 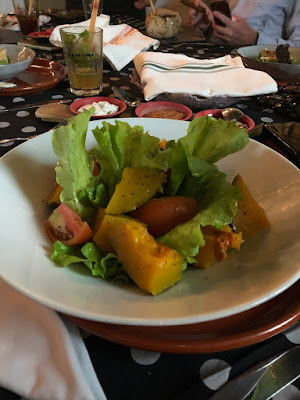 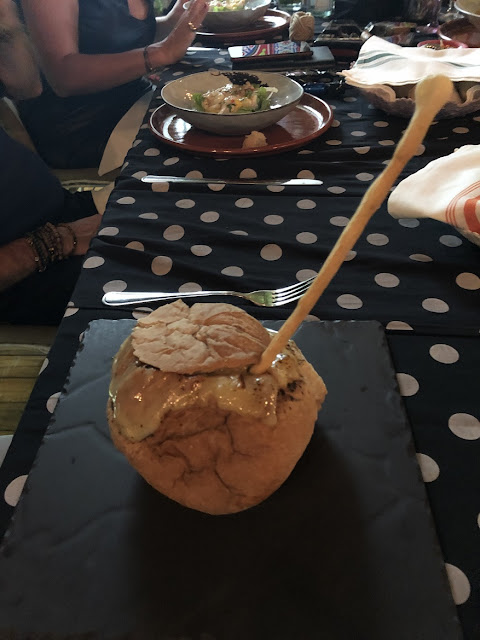 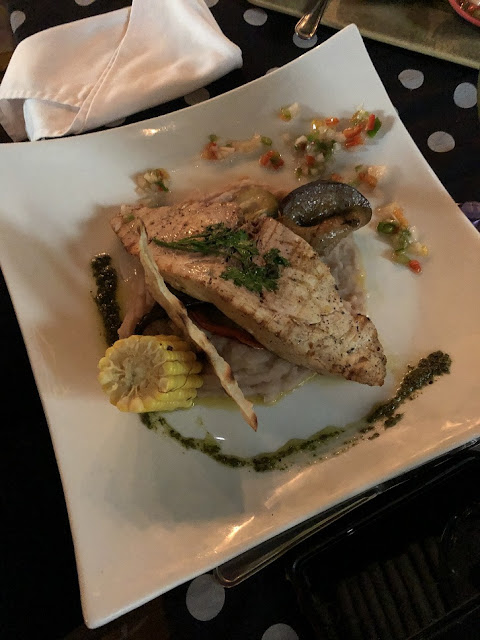 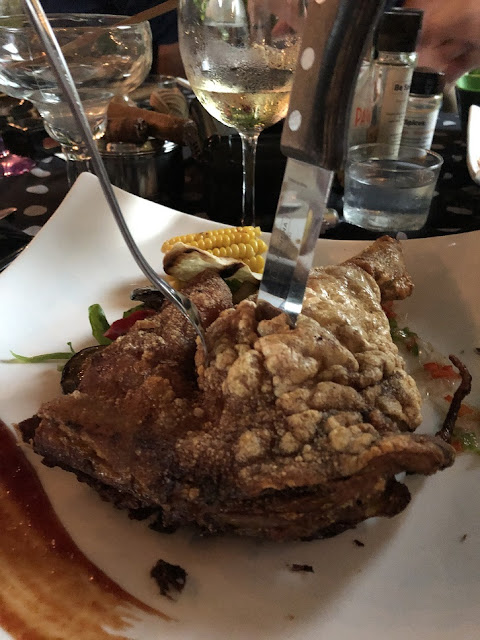 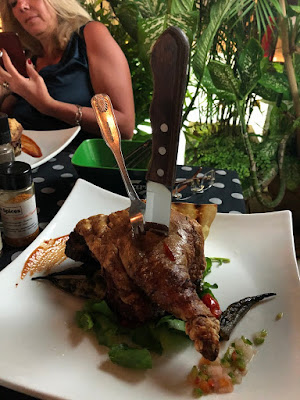 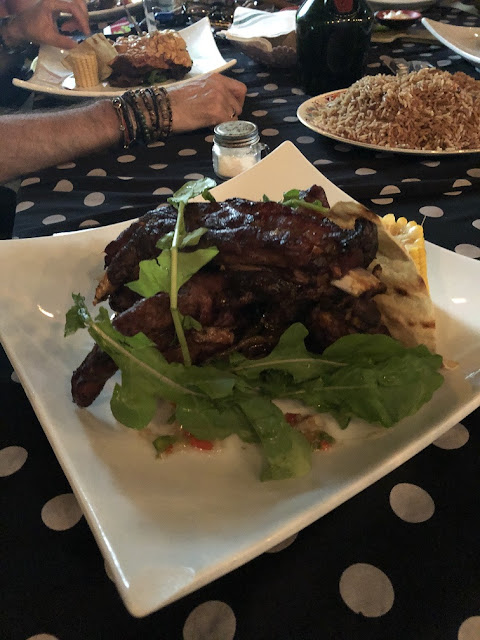 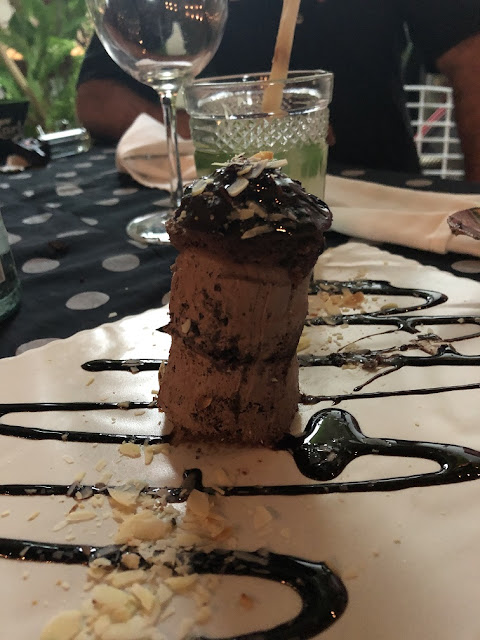 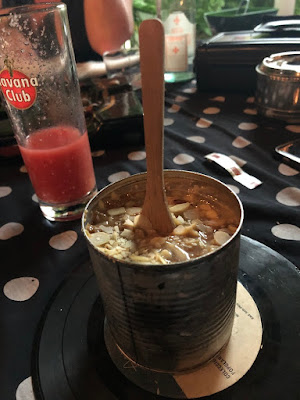 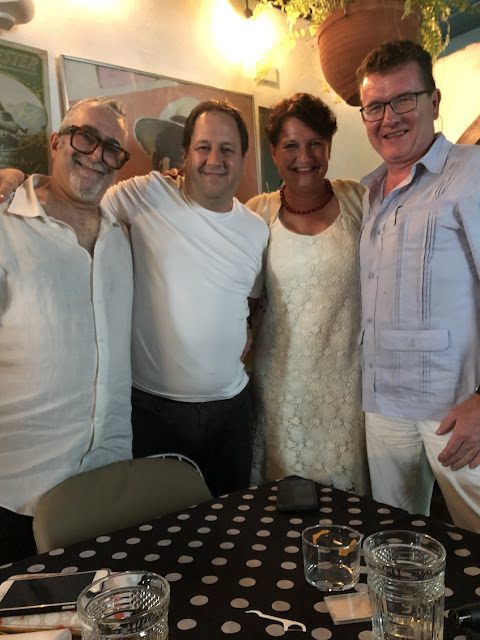 Chef-Owner Iván Rodríguez López with myself and friends Maggie & Andreas 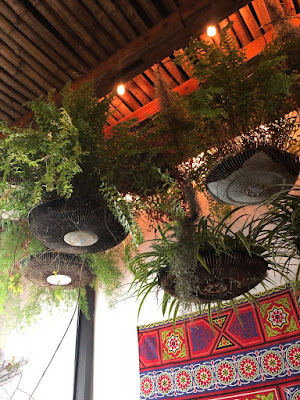