Havana is a great place for rooftop patios. The weather is great and the smoking laws are non-existent which makes it a haven for cigar smokers. On a recent trip to Cuba I was looking for a place where I could buy some wi-fi time. Many of the hotels in Cuba have wi-fi that you can purchase time on within a certain area. The spot we chose originally was the 2nd floor lobby bar at the Hotel Saratoga in Old Havana. We later tried the Rooftop patio where we had a bite to eat as well.
The lobby bar was very comfortable, never full and cigar smoking was allowed of course. Their espresso was over priced at double any other hotel bar in Cuba but it was excellent and served with little cookies on the side. It didn't matter, like I said the coffee was good and it was a beautiful space. The wi-fi was a little slow but okay.
The next time we went it was around the lunch hour and decided to go up-top to the Poolside Rooftop Patio. What a view, located across from the Parque de la Fraternidad and the Capitolio. We had pizzas for lunch and they were actually reasonably priced and not bad tasting. One of the better pizzas I've had in Cuba. I would come back here for pizza again for sure. There's also a dinner restaurant called the "Mirador" that's shut down during lunch. I would think during sunset it would be a romantic place to have dinner. I must try it on one of my future trips.
The hotel is located at 603 Paseo del Prado, esquina a Dragones. It has been at this location for over 85 years but wasn't until 1933 that it took up the whole building. It ceased to be a hotel after the revolution when it became housing for the populous until the building became uninhabitable due to neglect. The original building was three floors. It was rebuilt from the foundation and a couple of floors were added. A few of the original features were retained for historical value. It re-opened in November of 2005. It's been called one of the best hotels in Latin America and probably the best in Cuba. If like me, you can't afford to stay there, at least check out the Lobby Bar and the Rooftop Patio. 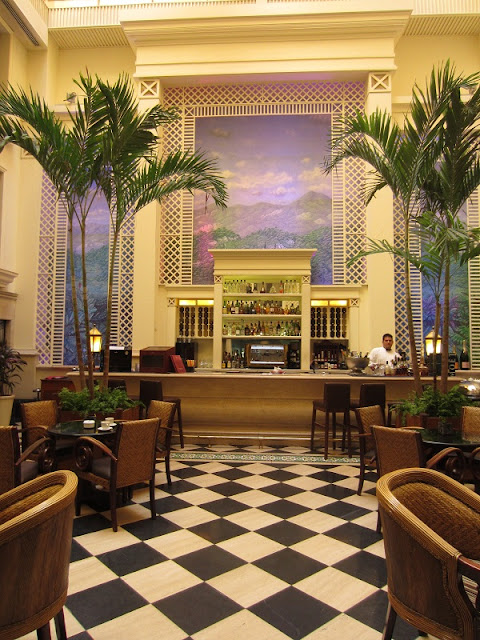 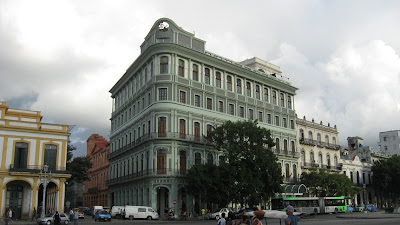 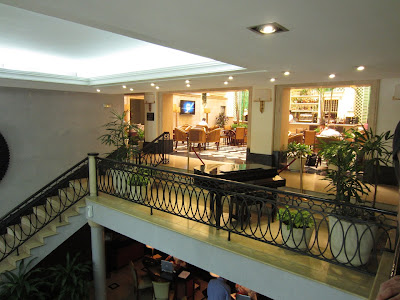 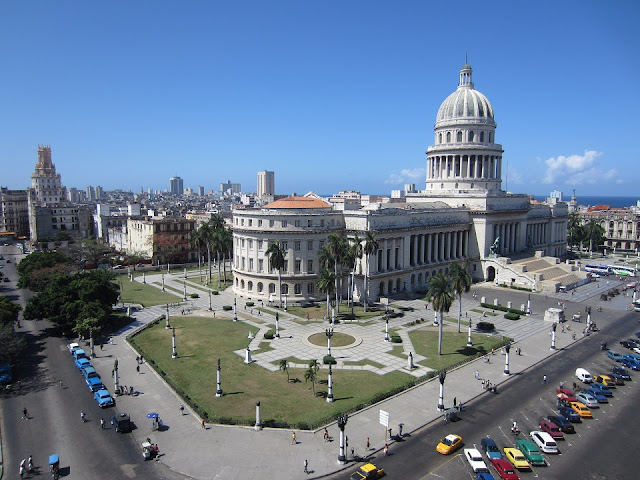 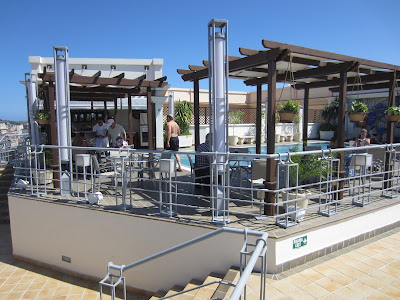 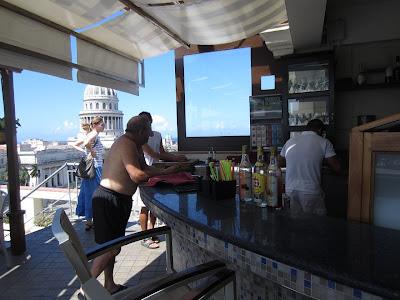 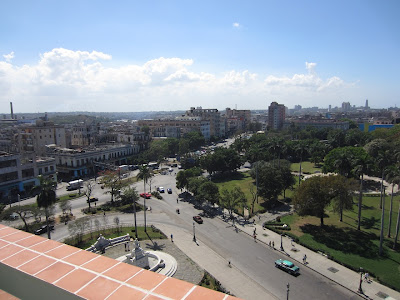 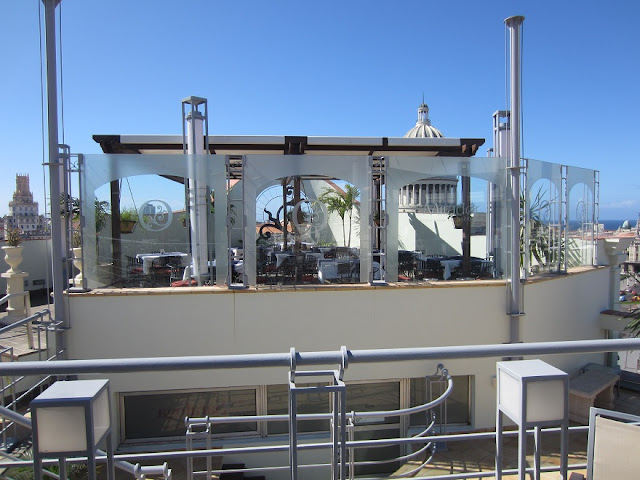 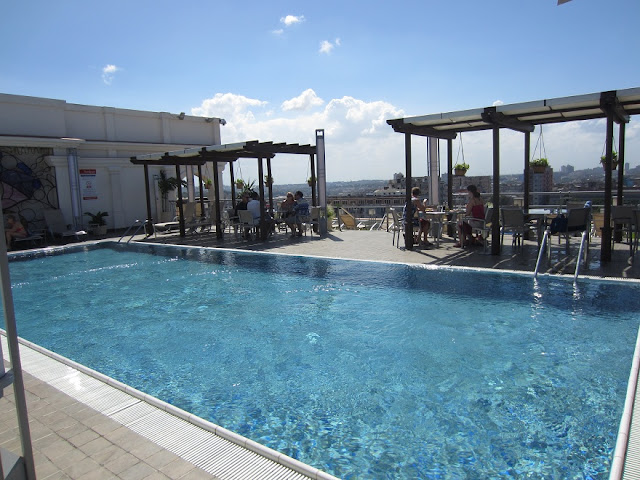 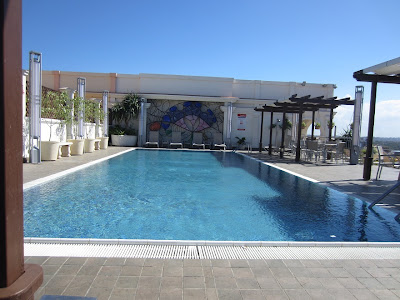 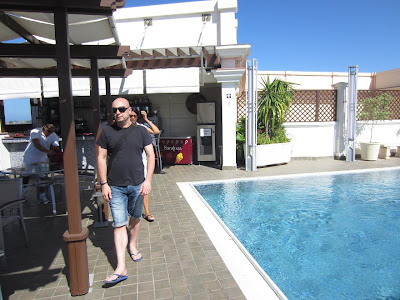 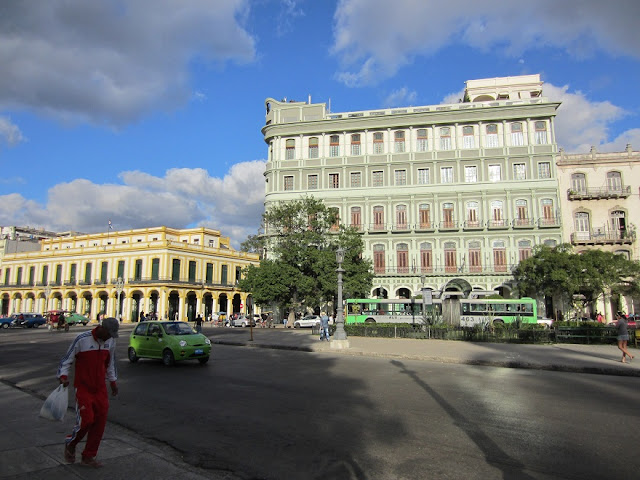 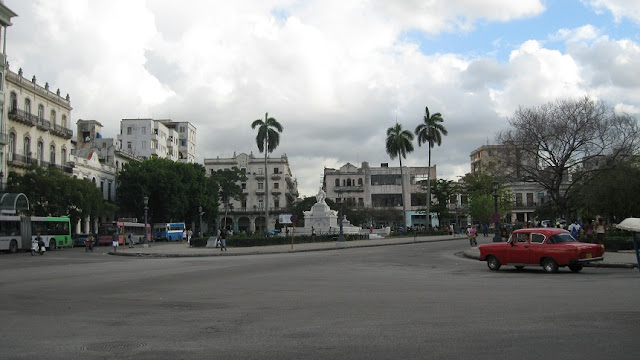 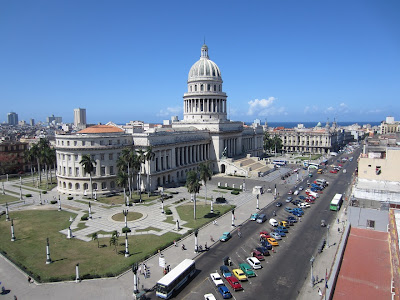 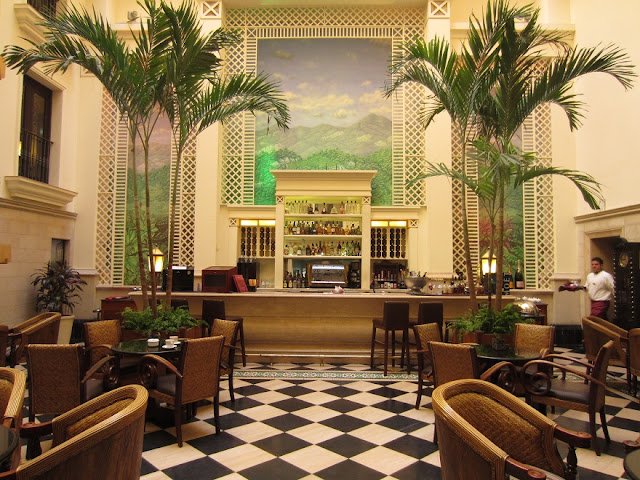