This Petit Robusto is a quick smoke for me at 50 x 110 (4.3") but don't let the size fool you. It's currently a regular production cigar since 2011 but this was an original release that came out in 2008 as a Limited Edition with tobacco that had been aged for 2 years before rolling.

The wrapper on this cigar was oily, smooth, almost maduro dark and mottled with a well constructed cap. It was hard to the touch with very little give. The cigar seemed to have shrunk, the bands were coming off. It was probably very humid when rolled and with time got a little smaller. The pre-light draw gave me paper and was a little floral. When I started smoking this cigar I was finishing the last of some Amarone Zenato 2007. Not exactly a perfect match but once I started drinking a Havana Club Seleccion de Maestros Rum, I had found the right combo. The draw was good but the burn was a little off (no surprise there). The burn was still a bit off a little into the smoke but seemed to be righting itself. Past the first quarter the flavours changed to wood and chocolate and the strength was medium to strong. A bit bitter, is was a typical Partagas, it reminded me of the D4s of the past.
After the halfway mark the rum and cigar were a perfect match, the rum was so smooth. The cigar could have used a little more age. A friend gifted it to me, he has more so I'm going to have to ask for another one a couple of years down the road to see how it's changed. The last quarter was really picking up strength and was beginning to turn, not long after that I found it too strong to smoke. Generally, a great smoke that needs a little more time in my opinion. I should try one of the current releases to see how it compares but I'm afraid they're probably too young and it would be a shame (I'll probably do it anyway). I don't own this box but if I did I wouldn't smoke another cigar from it for at least another six months but maybe a year would be better. Very much a classic Partagas. 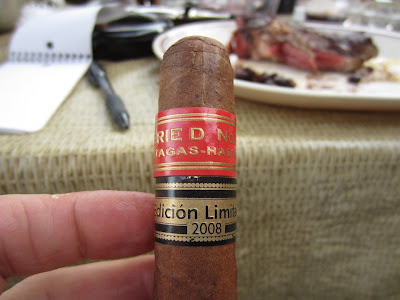 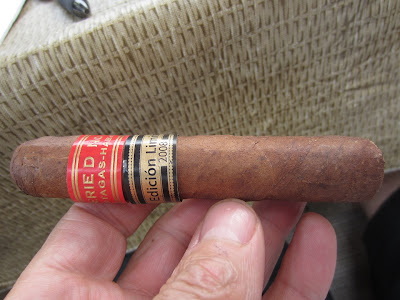 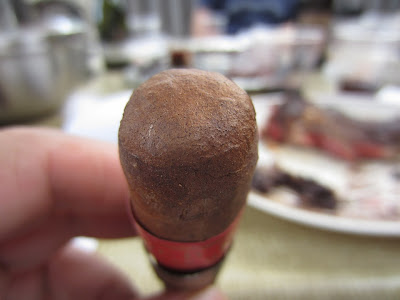 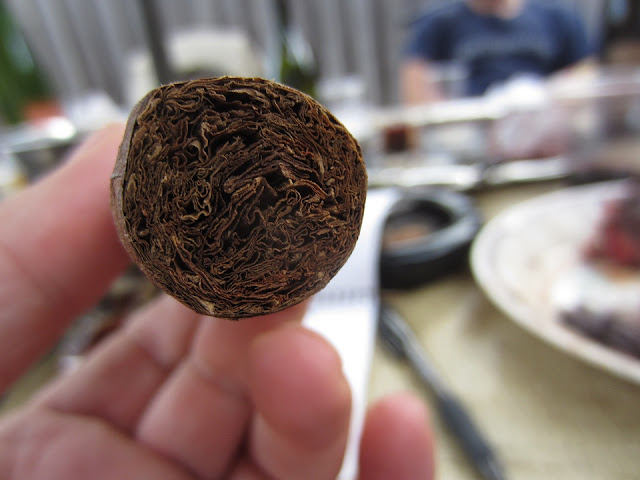 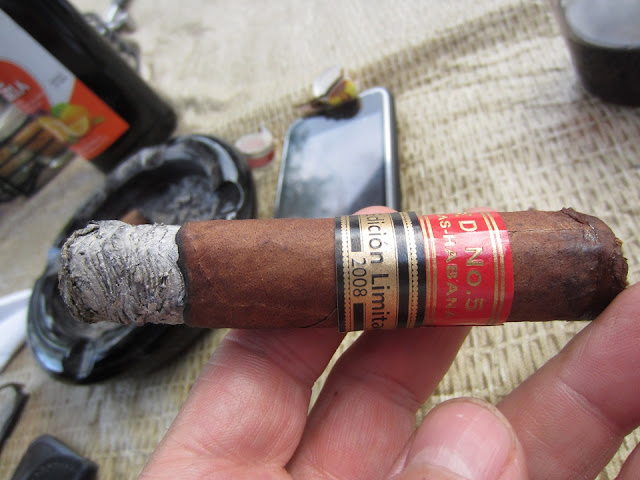 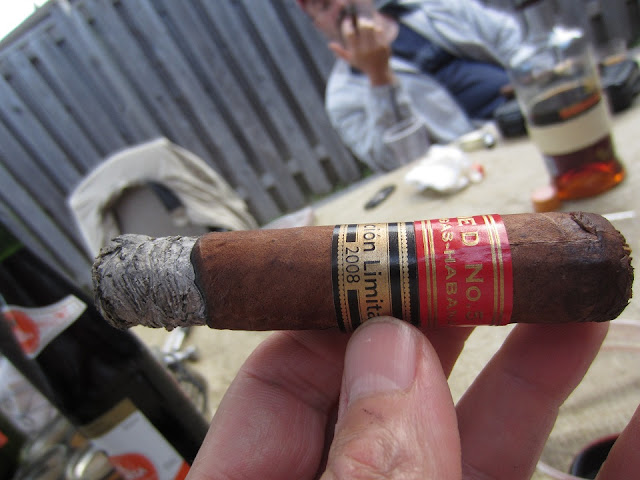 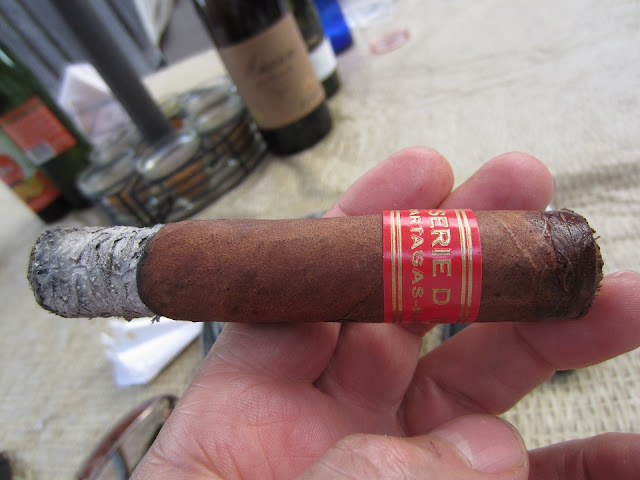 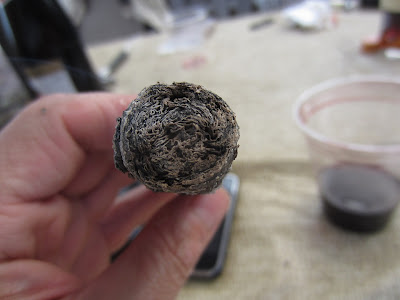 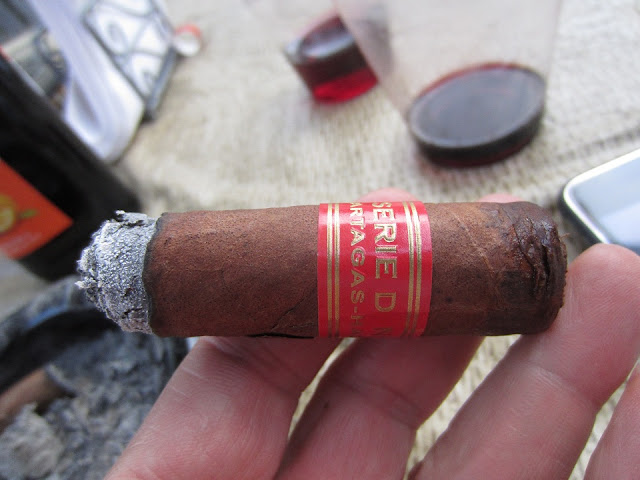 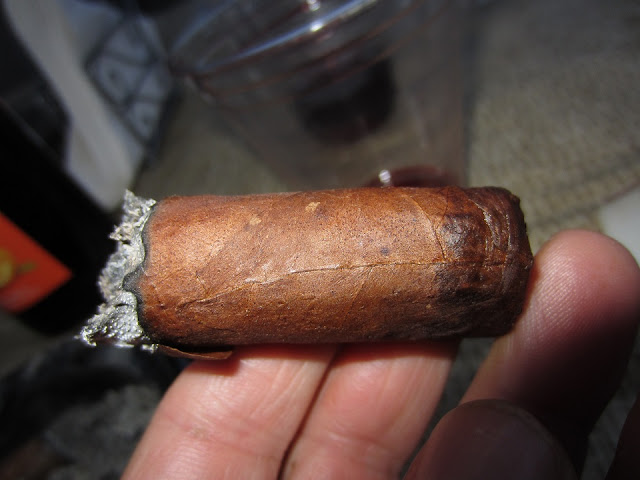 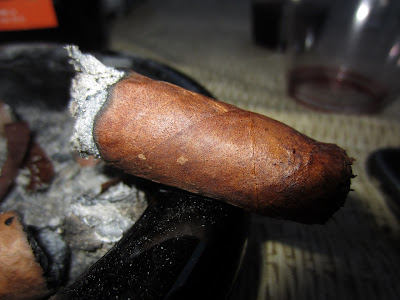 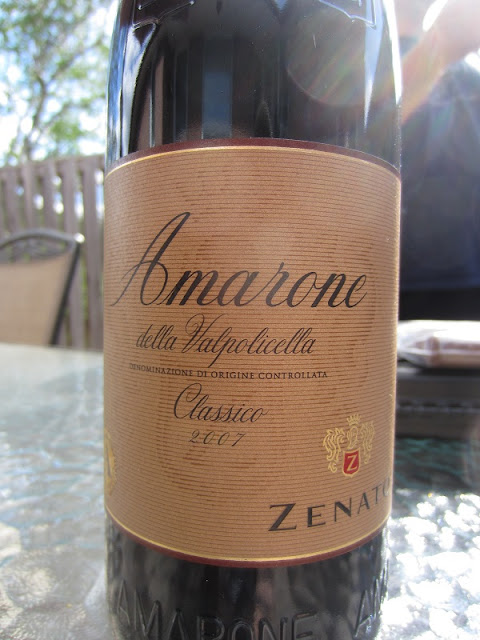 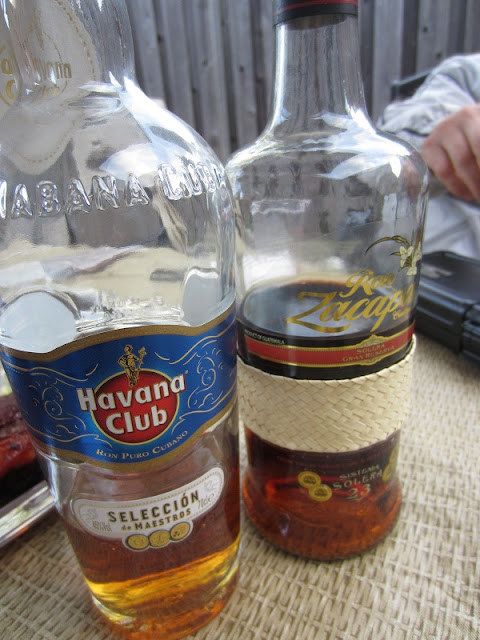