The "Bodeguita del Medio" has been open since 1942 when it claimed to have been the inventor of the new drink called the Mojito. It didn't always go by that name, it has been know as "La Bodeguita del Medio" since 1950. It was one of Ernest Hemingway's favourite spots and durning that time, when he was a regular, it was also a favourite of the artsy crowd; writers, musicians, actors..... They started serving a little food to some people in 1949 but in the 50's, due to the shortage of restaurants in Old Havana, they began serving food on a larger scale.
This place is all about atmosphere and it has plenty of it. It's been frequented by many famous people both Cuban and foreign. The walls and some of the ceiling of the restaurant is plastered with their pictures and signatures of anyone who cares to sign, that is if you can find a place. There isn't a spot left to sign on the walls unless you go way up. The food is very simple typical Cuban fare. I have only eaten there once many years ago and don't remember it being that great so I'm going to go on a limb and say the food is average. I do remember it being overpriced for Cuba. Like I said, it's been a few years since I've been so I will have to return and do a proper review one of these trips soon. For now, here are some pictures for you to enjoy. 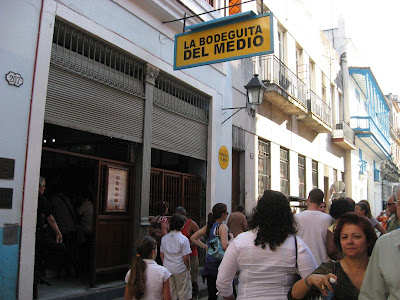 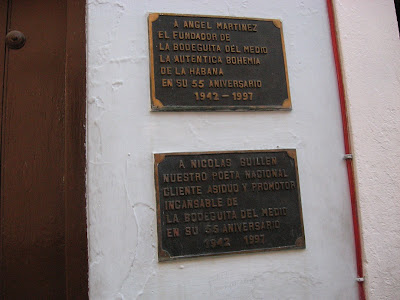 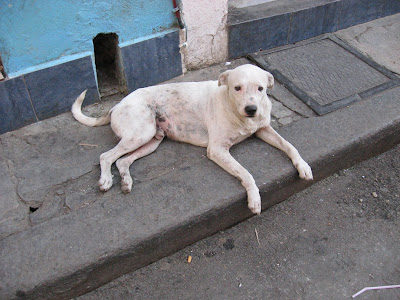 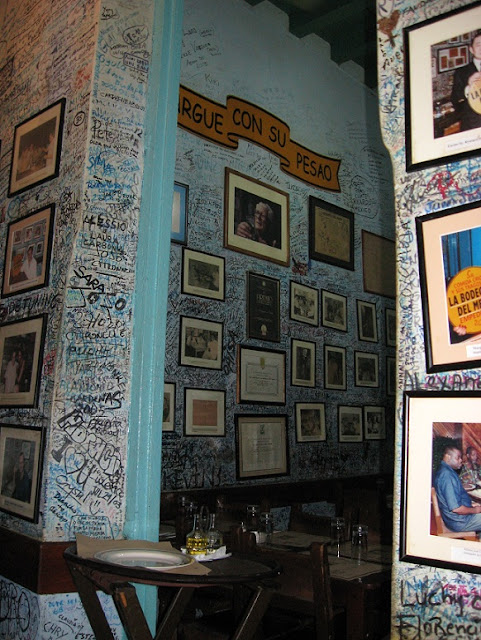 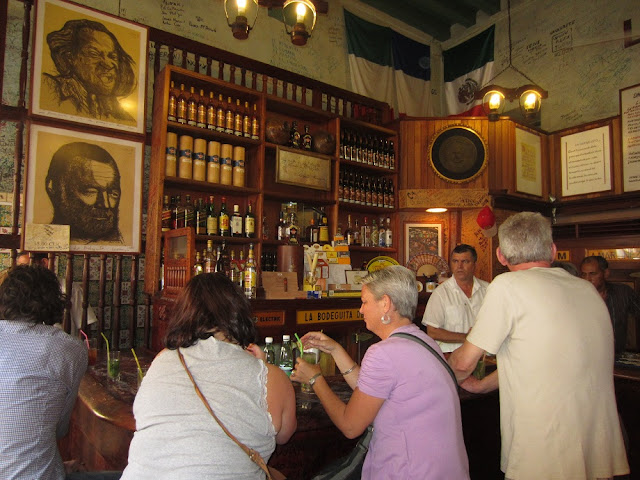 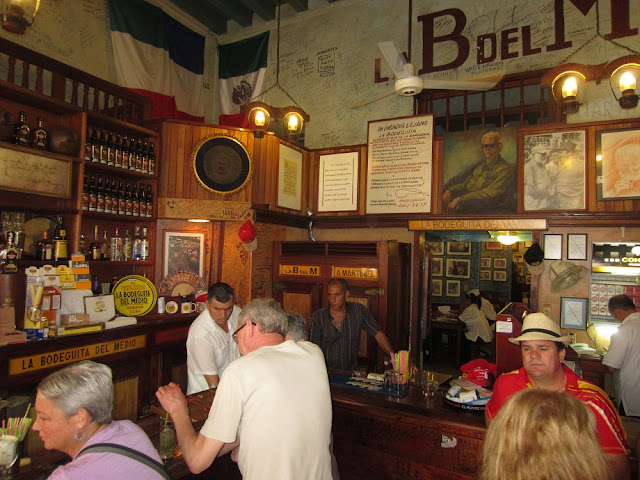 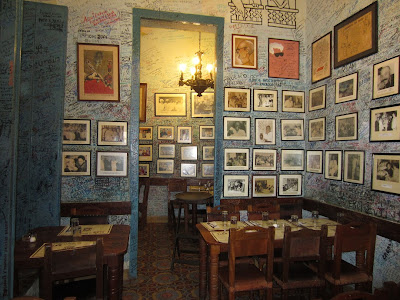 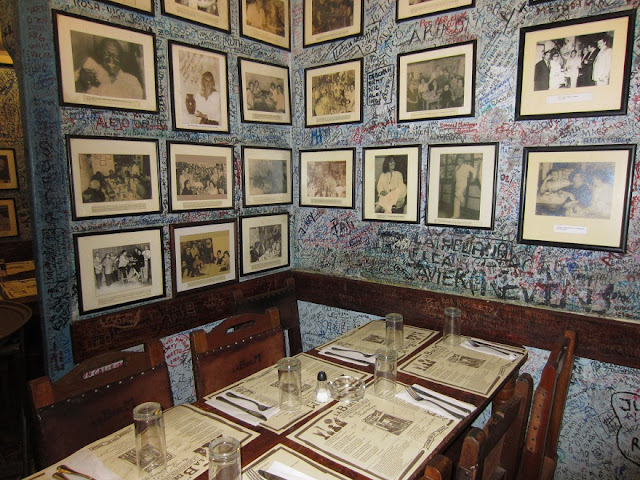 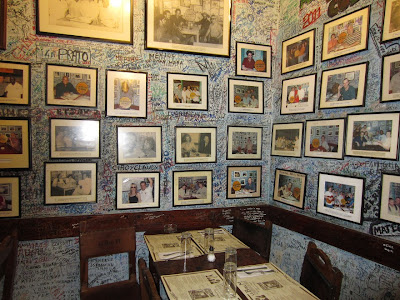 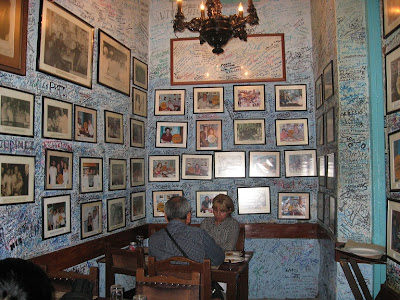 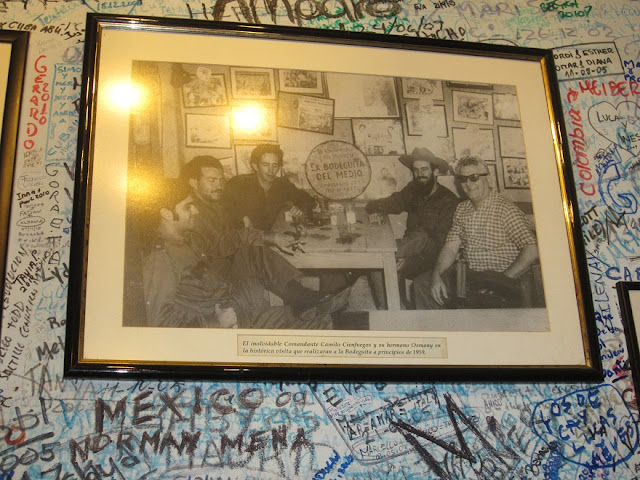 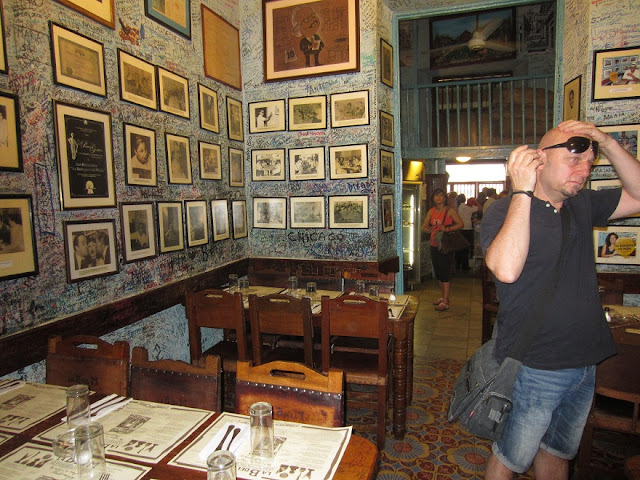 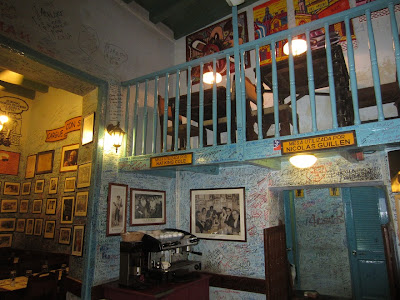 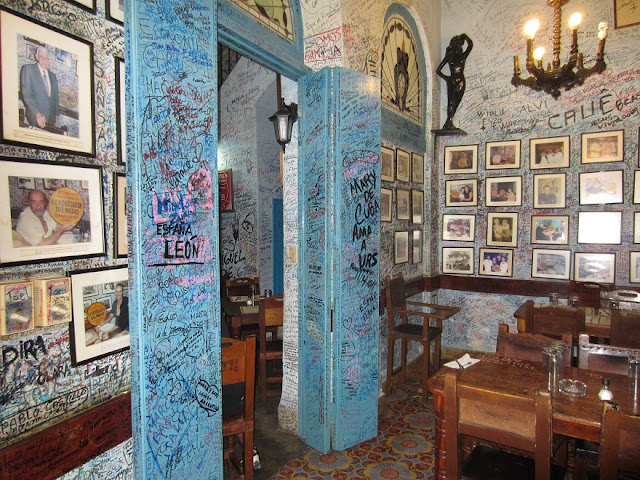 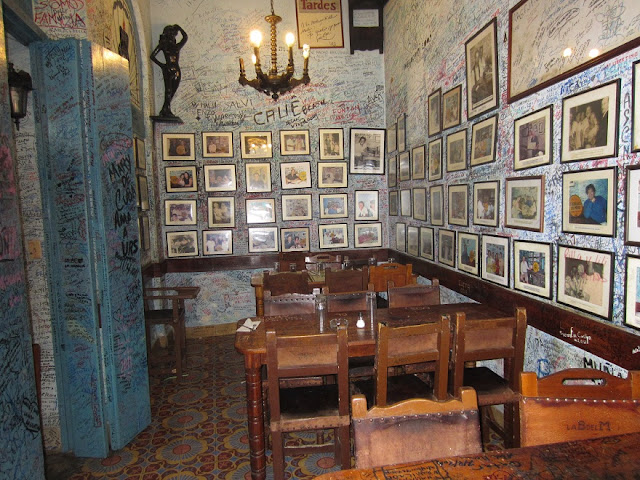 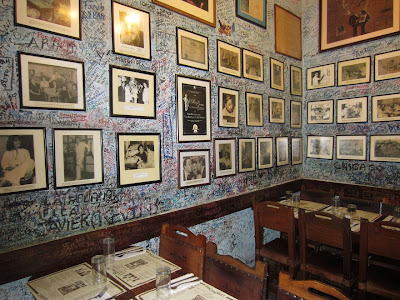 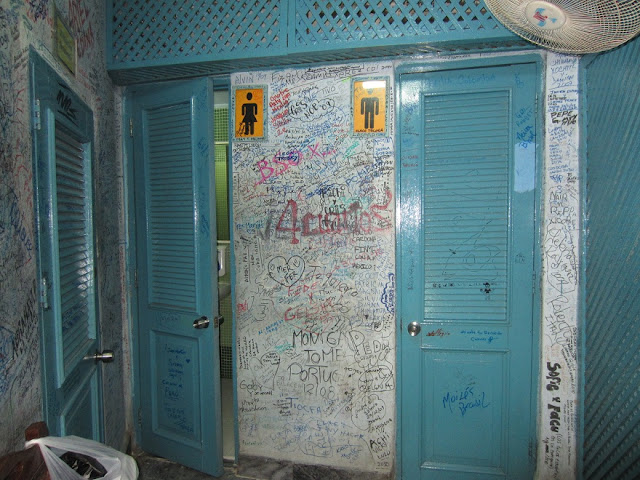