I was lucky enough to be in Cuba not long after the release of these cigars. That would have been in November of 2013. Everyone was talking about these cigars at the time, everyone that was participating at the 'Partagas Encuentro' that is. I picked up a box of ten but didn't try one until I got back home in Canada. However, right after I smoked that first one, I called my friend in Havana and ordered a few more boxes knowing they would probably be gone after the Habanos festival the following February. This is one of those cigars that lives up to it's hype. It's the third one I've smoked so far and they all say the same thing...Wow. I found all three to have the same flavour profile, very consistent.
This stick weighs in at 50 x 124 (4.9"), a Robusto. Only 5000 numbered dress boxes of 10 were produced selling for 59cuc for each box in Cuba (approx. $65). At that price, for a cigar of this quality, in my opinion is a steal. The colour of the wrappers on this box I started was on the darker side. This particular cigar was as hard as a rock. It was slightly veiny, nice and oily, with a bumpy uneven cap. Once cut and lit however, the draw was perfect. From the start, a medium bodied smoke. Once my taste buds settled into the cigar, I was picking up big chocolate flavours and shortly after that, undertones of coffee. And so it went like this for about the first inch with the burn starting out a bit uneven and eventually straightening itself out.
Once past that first inch the flavours changed completely. The cigar became earthy with hints of wood and would remain that way in varying degrees throughout the rest of the cigar. It continued to be a solid medium smoke until turning on the last inch where it then became more harsh than anything else. The burn past the first inch was uneven but straightened itself out after another half inch. I was smoking this cigar in someone's house so as the ash hadn't dropped yet while I neared the halfway mark I decided to flick it. I regretted doing that, the ash was solid, I'm sure it could have gone a while longer. Hindsight, the cigar was burning hotter through the middle, perhaps the ash was stifling the cigar. I had to do a major relight at this point. It didn't affect the flavour of the cigar, not even after having to relight a couple of more times after that. I could have smoked faster I suppose but I didn't want to overheat the cigar.
By the time I got to around the last inch the cigar began to turn on me and the flavours were overpowered by the harshness. I tried but had to put it down at this point. Maybe a few months or a year will get rid of that harshness, after all, the cigar isn't a year old yet. In my opinion, it's smoking well right now but could use a little time to mature. Other than the burn issues, this was a very enjoyable smoke that's worth more than what I paid for it. I would be almost certain these will be hard to come by soon if not already so. If you come across a box at a reasonable price, don't think about it, buy it. 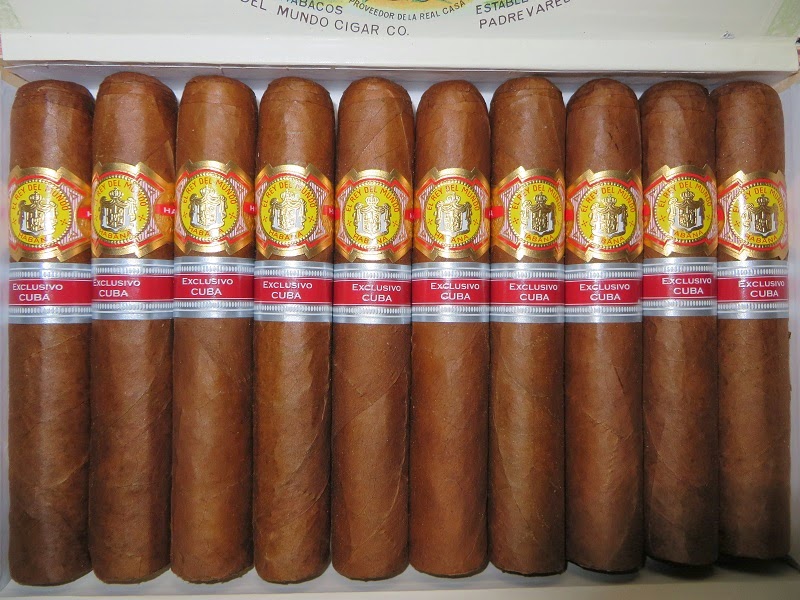 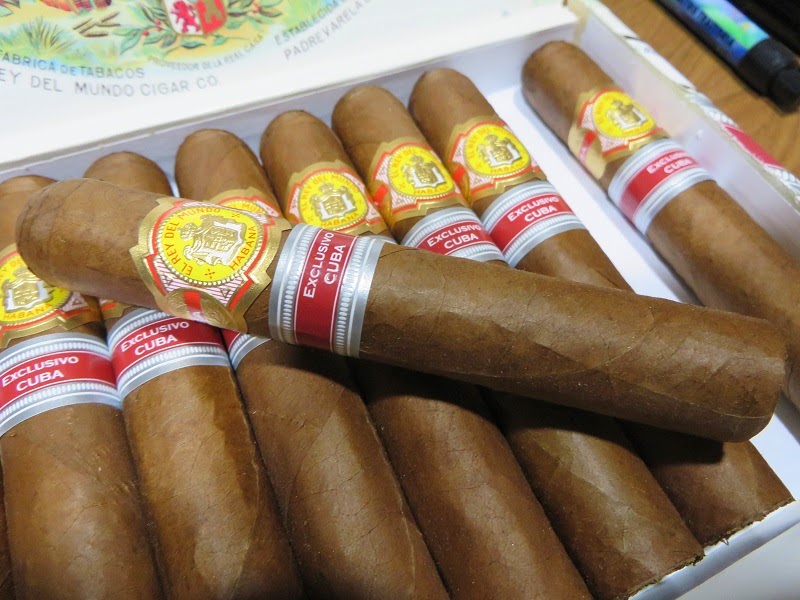 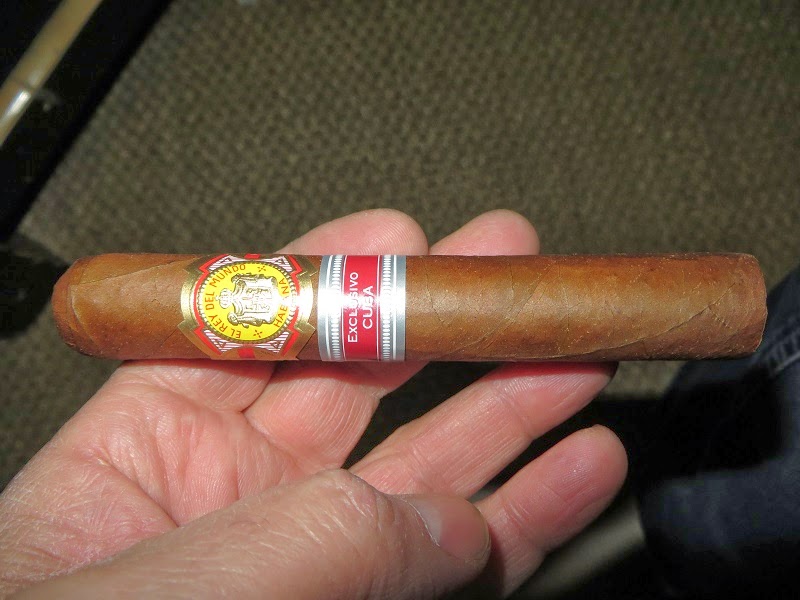 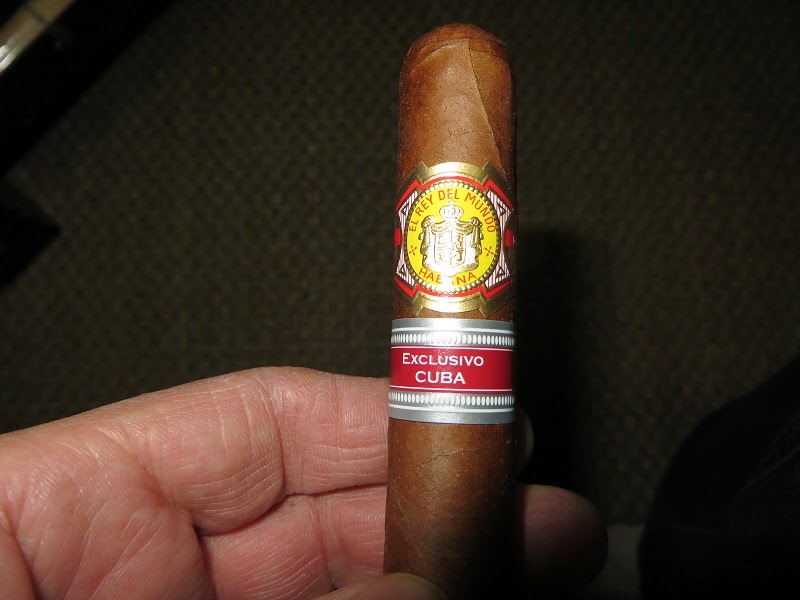 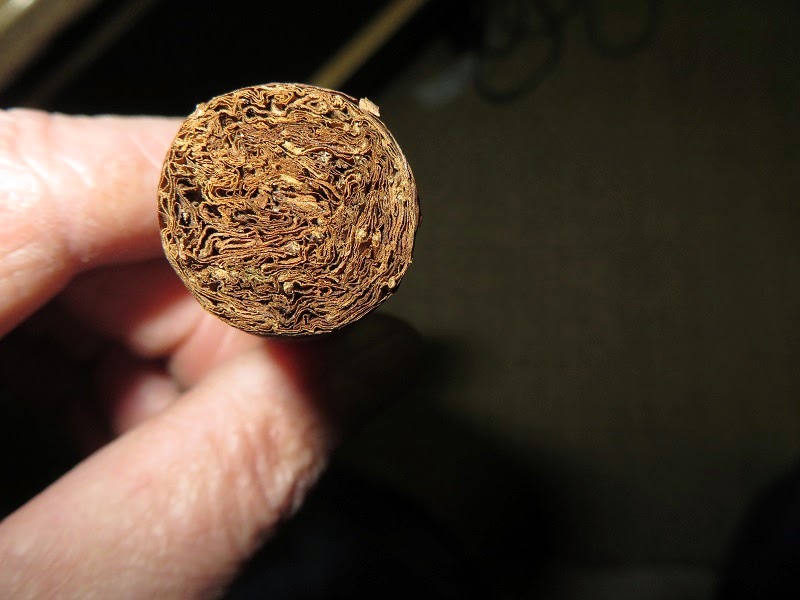 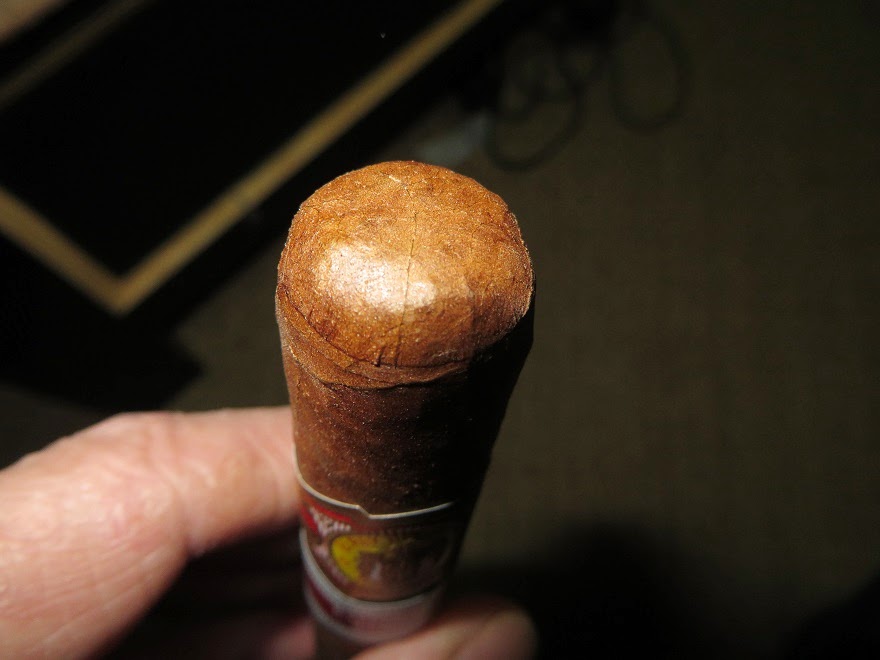 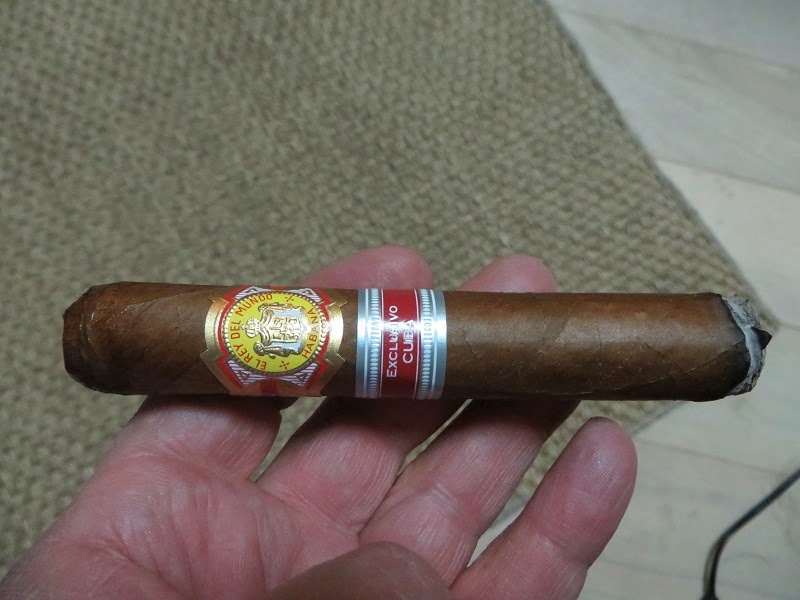 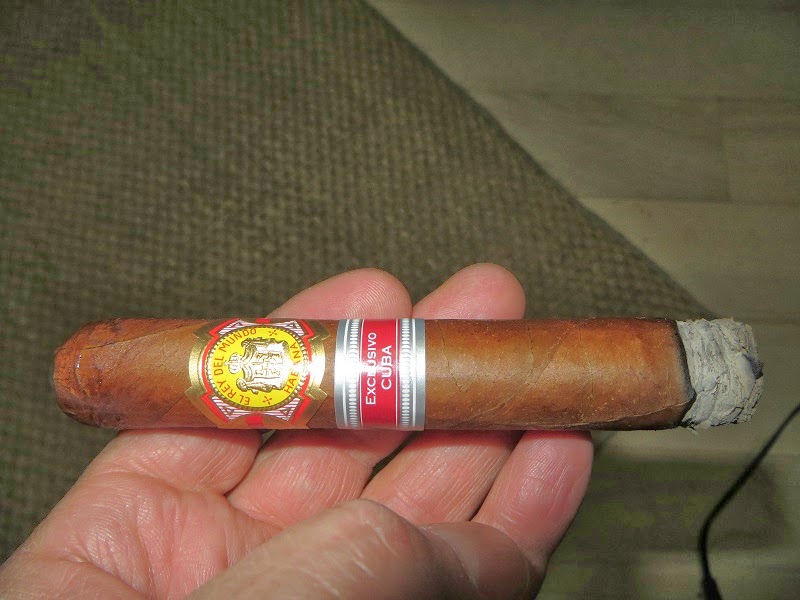 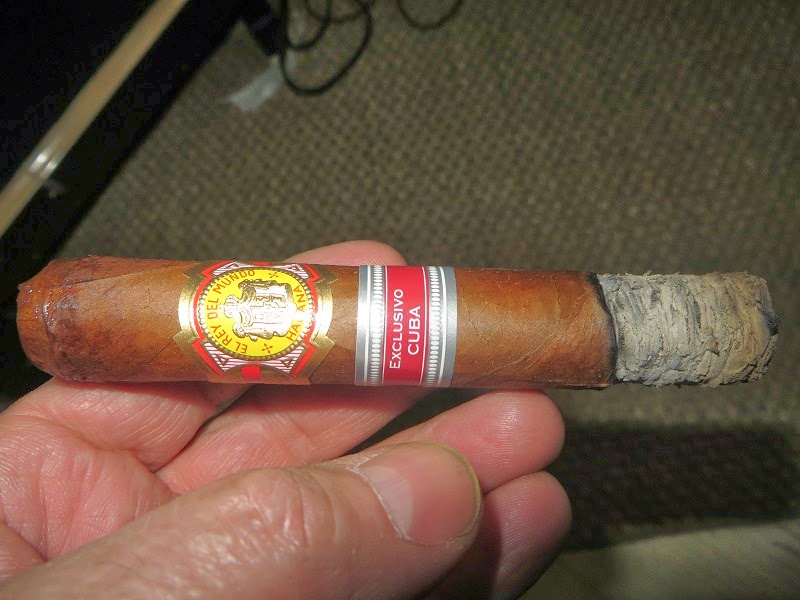 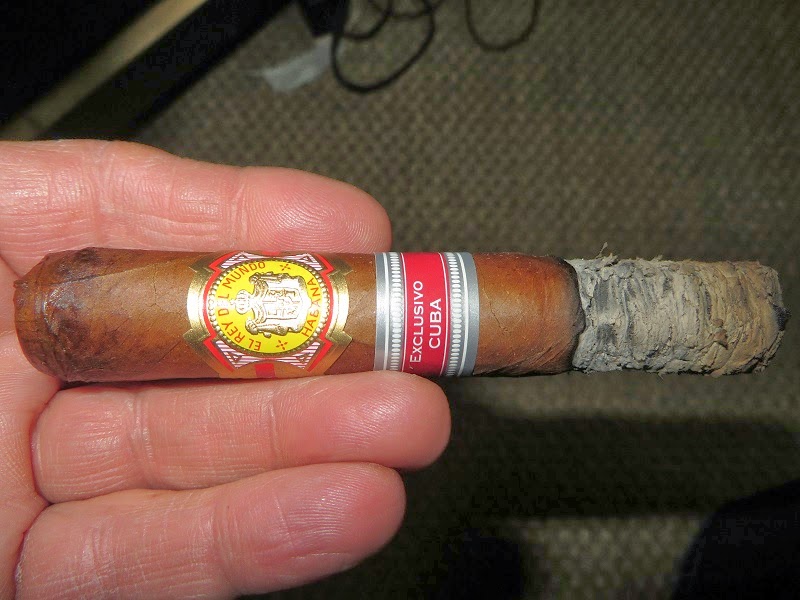 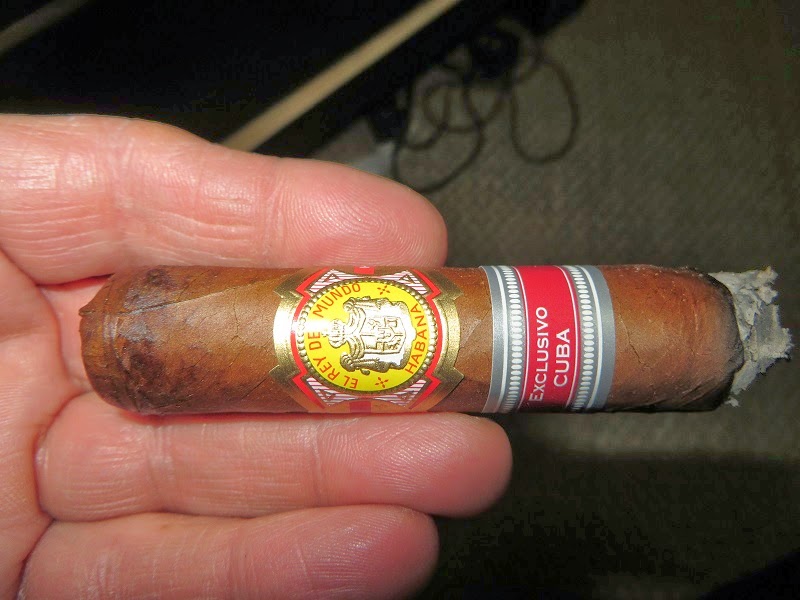 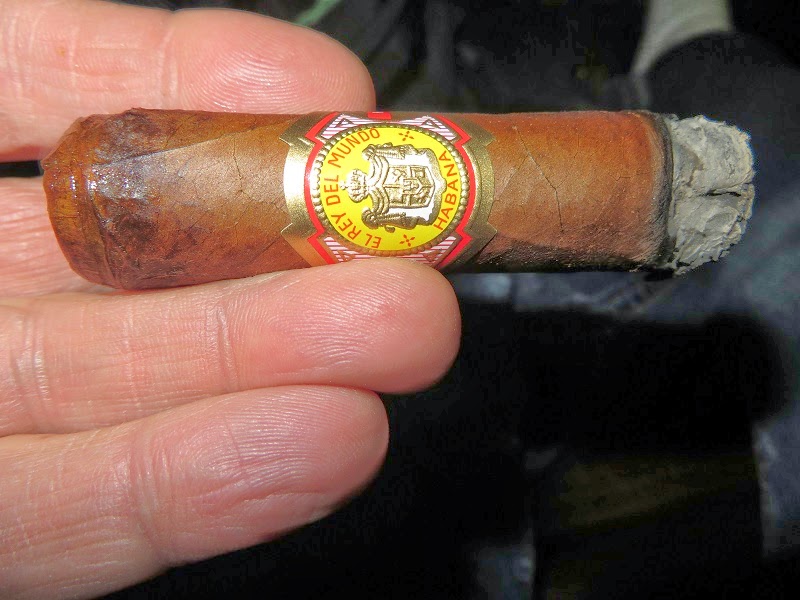 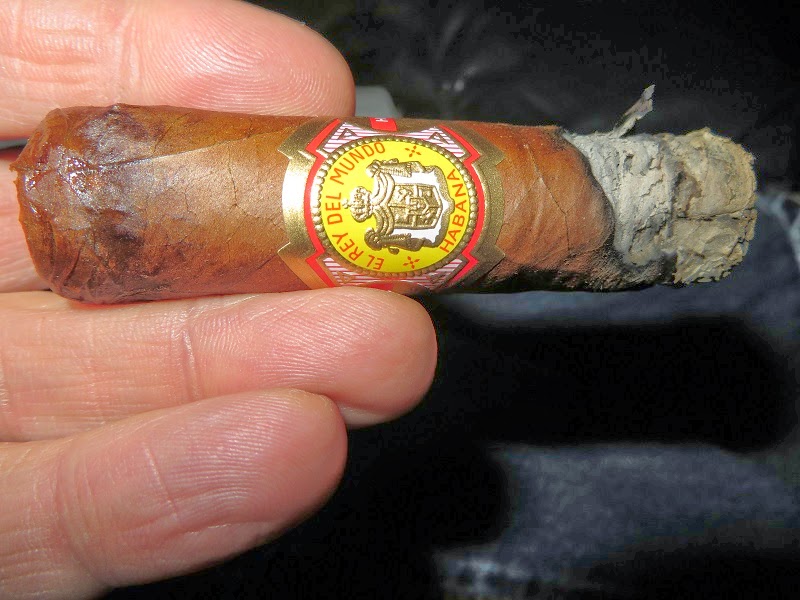 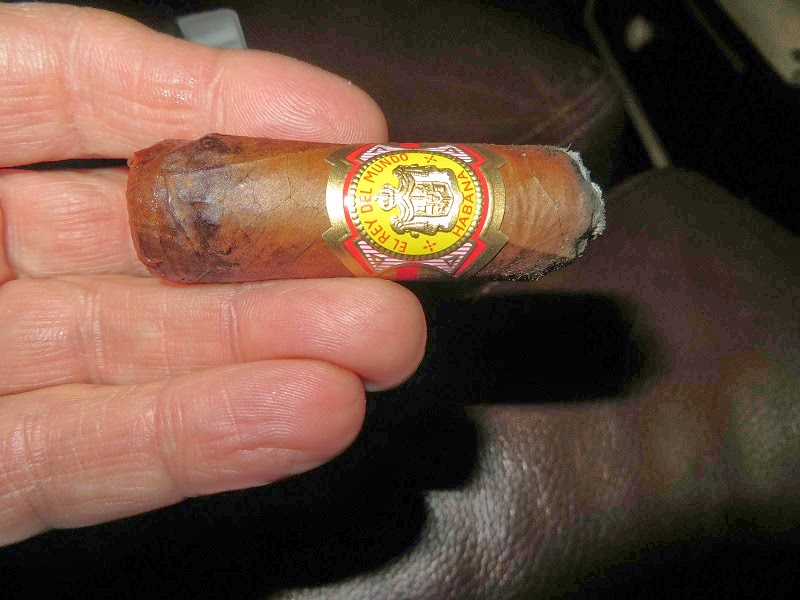 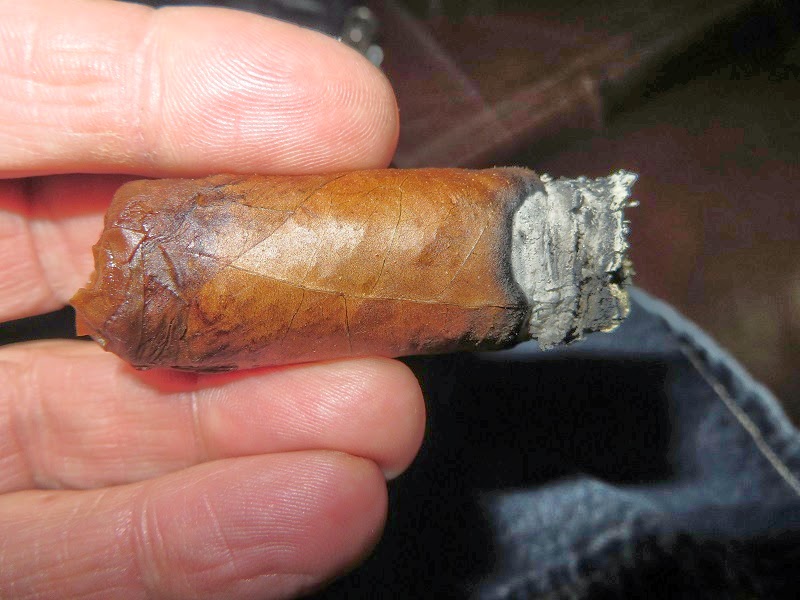 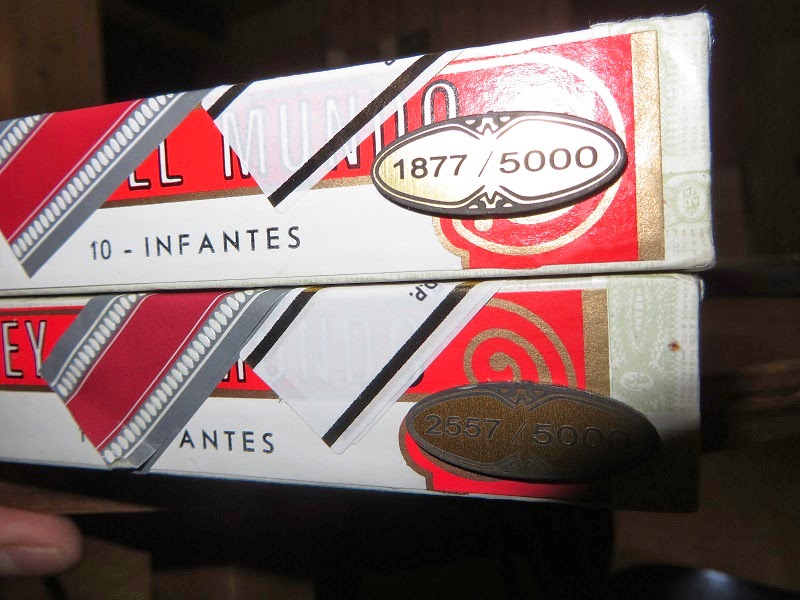