This is another restaurant that I visit frequently. I was fortunate to discover it a little over a year ago the week it re-opened. I've always eaten on the ground floor where they do the grill. They have another restaurant on the upper level which does more of a continental cuisine with several Cuban dishes. On this visit we decided to try the upper level and got a table on the patio overlooking the Malecon.
The view on the upper level was beautiful. The service was pleasant even when we asked to change tables. We wanted a table by the edge of the patio so we could get a better view of the ocean. Upon opening the menu we all remarked that there were too many choices, we didn't know what to choose for lunch. The downstairs restaurant has a grilled octopus which is quite tasty but we chose the fried octopus as one of our starters and it was better than the one downstairs. Served with some homemade tartar sauce on the side, the octopus was cooked to perfection and not chewy at all. My date had the Pumpkin soup and it was the best I've tasted on the island. The third appetizer was the best, the Lobster Ceviche. Piled high on a vol-au-vent with capers, pineapple and green peppers and the shell on the side, it was presented beautifully and tasted amazing.
For the main course I don't know what possessed me to have it but I decided to try the Meat Cordon Blue. It's not that it was bad but I could see that there was a lot of oil trapped in the meat when I pressed it against the plate with my knife. What did I expect?? It tasted fine but I should have had a fish plate like I usually do. My friend had the Crab Risotto which was absolutely oustanding and my date had the Grouper filet with pesto sauce which was almost as good. All the dishes had a lovely presentation.
The experience on the upper level was outstanding and from now on I'm sure that's where we'll be eating when we go back. All our food and 2 bottles of wine came out to $96.45 before tip. For the quality of food and service plus the view, it was a ridiculously cheap bill. This is another restaurant that I strongly recommend to visit.
Located on the Malecon close to the Hotel Deauville between Galiano and Prado. If it's a nice day, do what we did, take a walk along the Malecon. 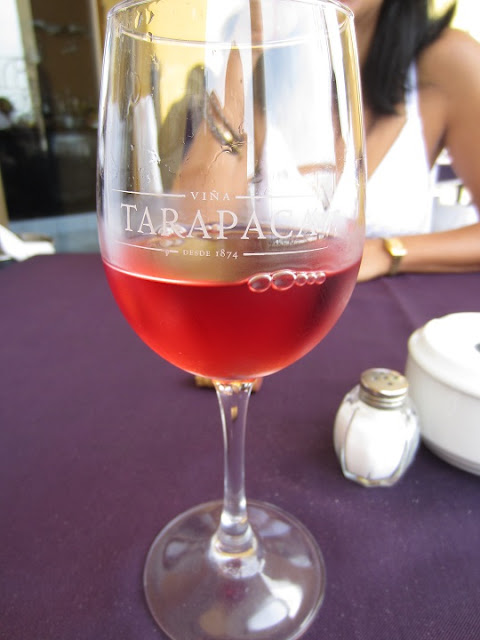 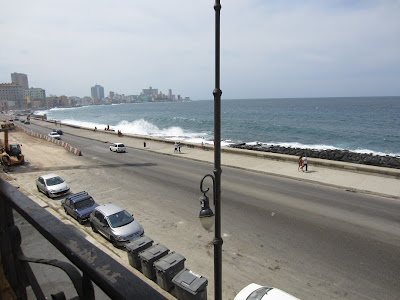 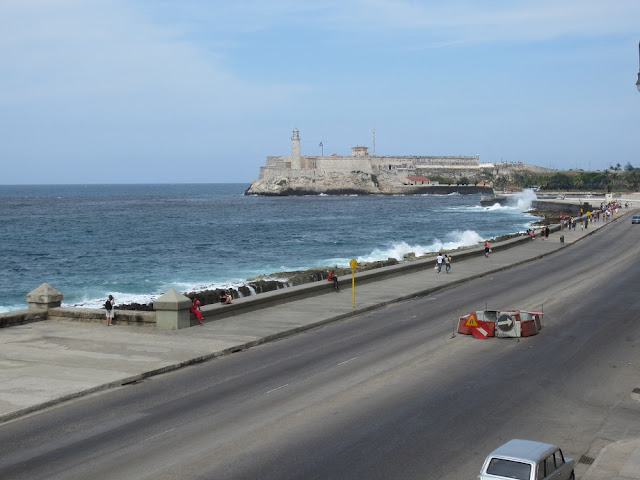 Views from the Patio 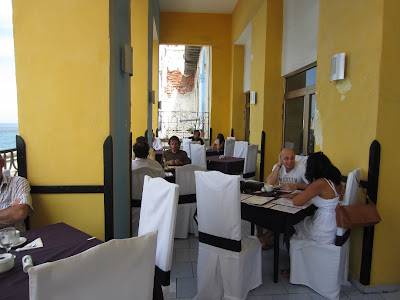 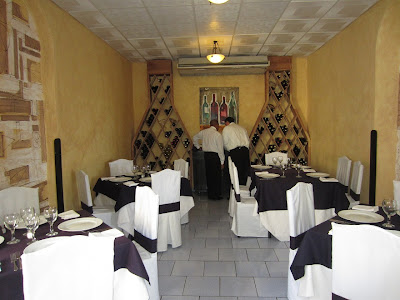 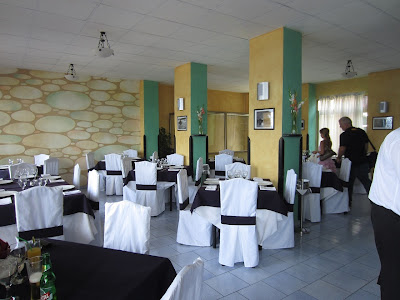 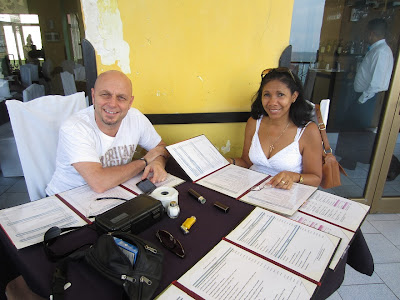 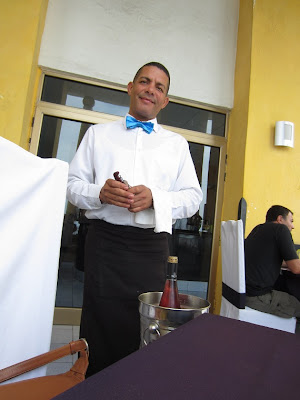 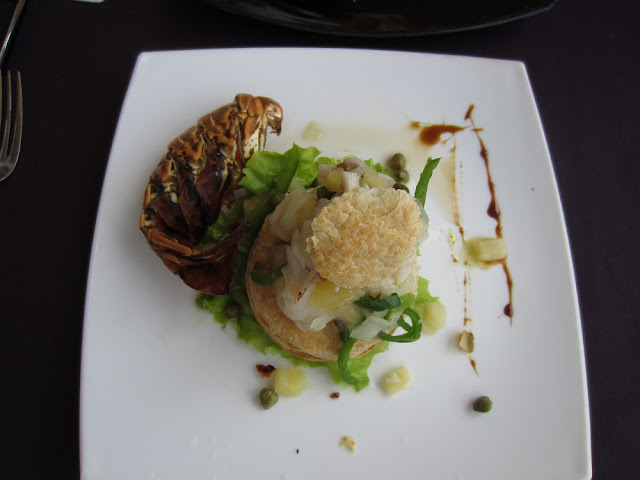 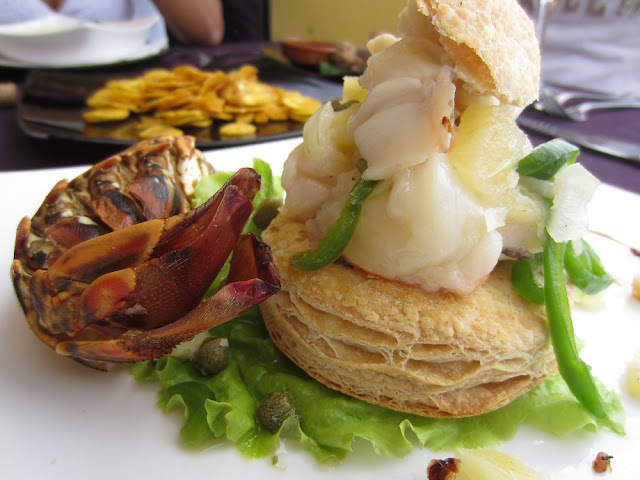 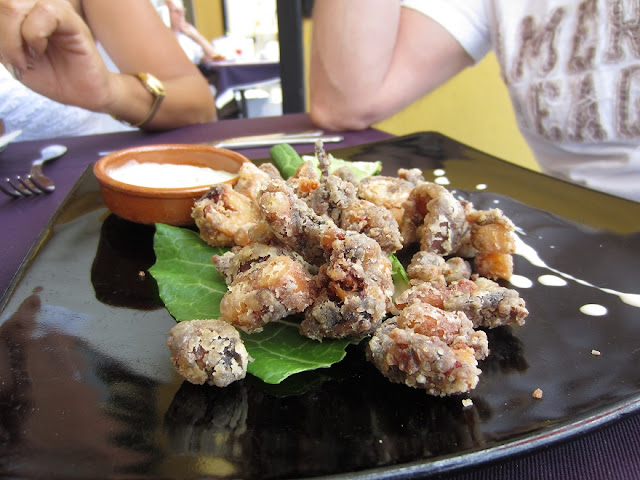 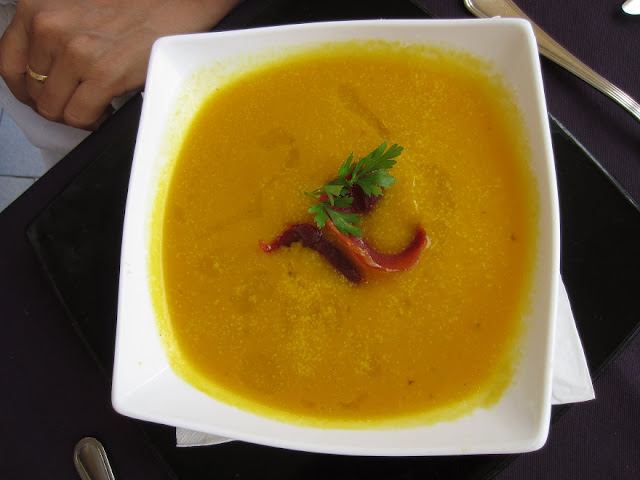 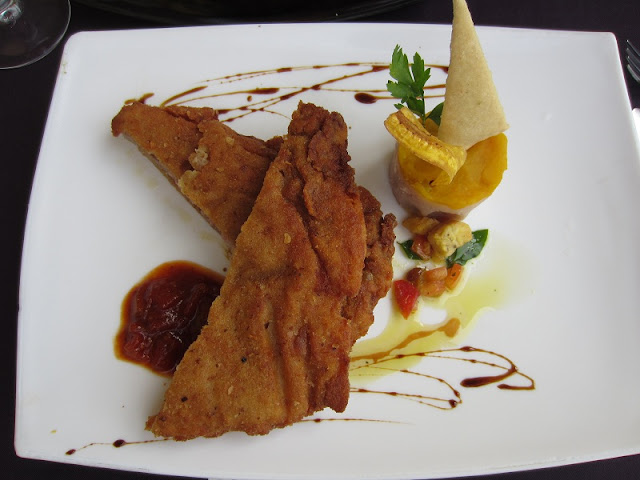 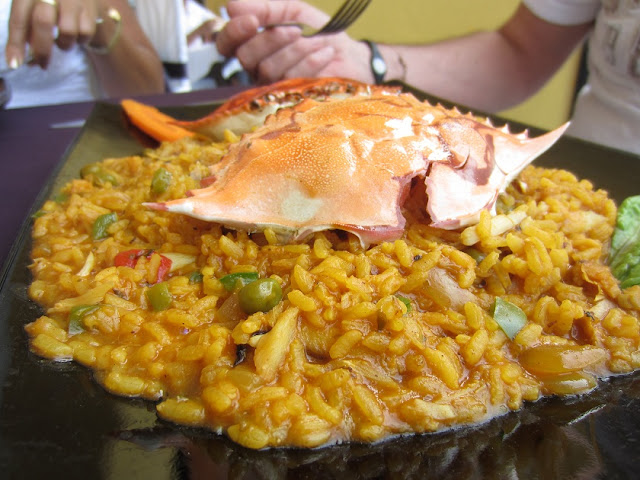 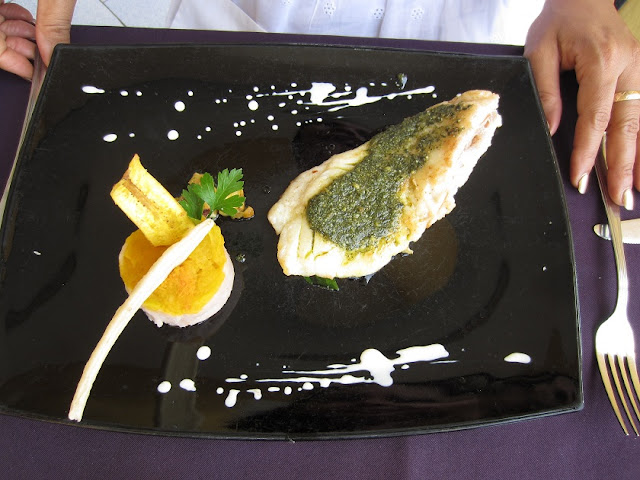 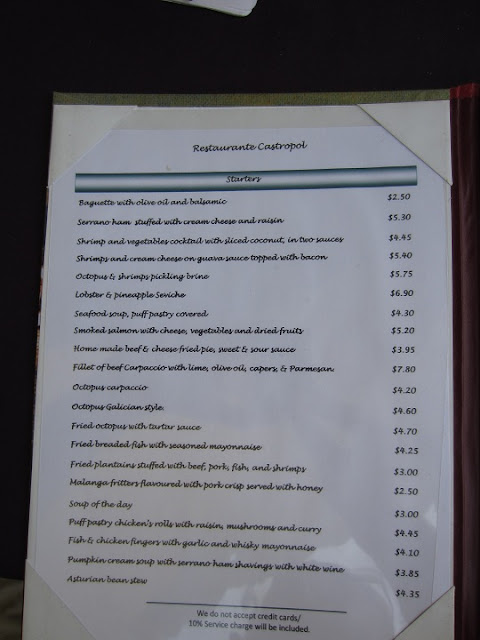 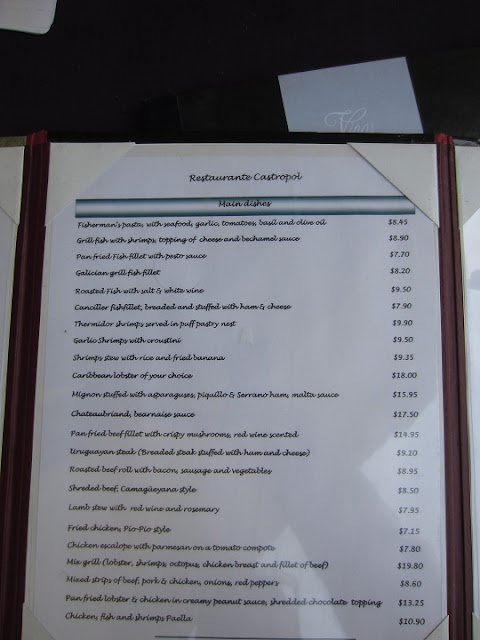 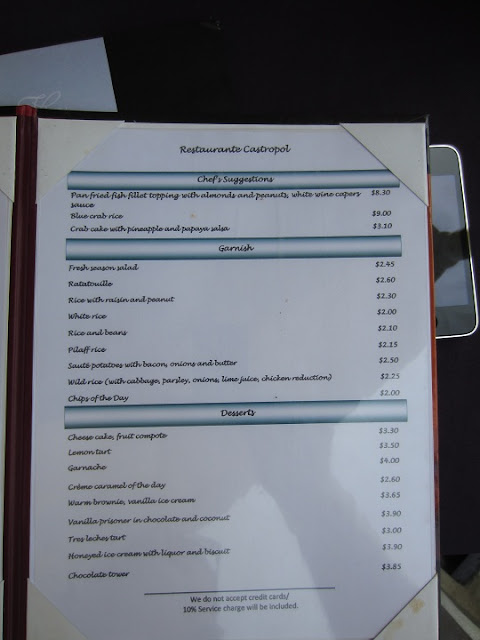 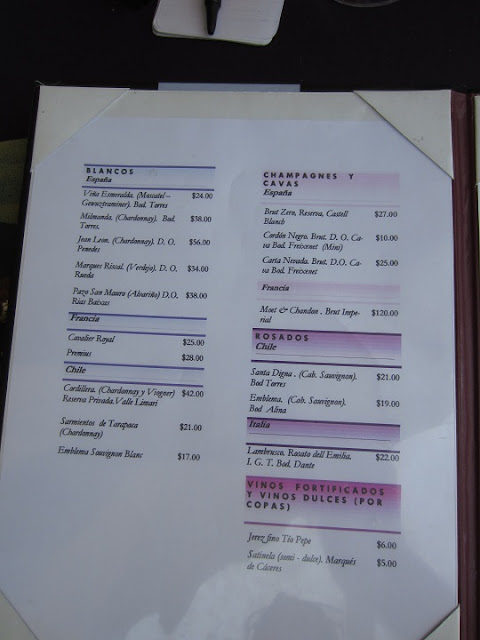 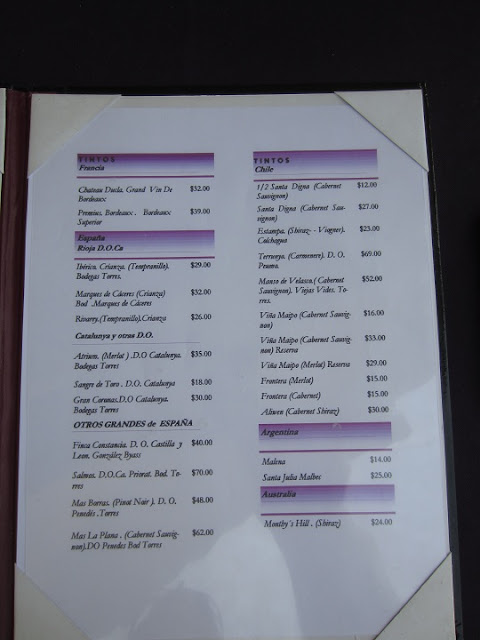 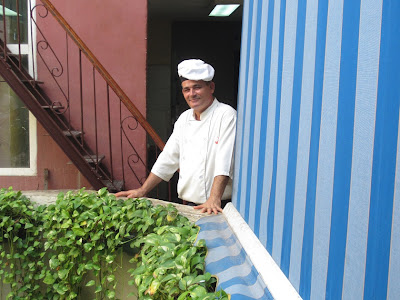 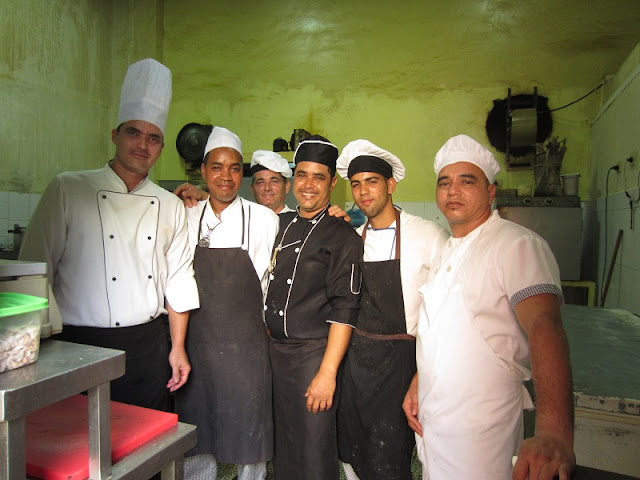