I've had this cigar a couple of years and I gotta say, the first ones I smoked I wasn't too happy with. It's been about 2 years since I last smoked one and all I can remember is that they were very strong and bitter and I couldn't smoke one all the way through. I was looking forward to seeing what has happened with them since then.
The cigar was firm to the touch but wasn't as hard as a rock. The wrapper wasn't very pretty, a little rough and very dark with some visible veins. The cap, although well constructed, wasn't perfectly round, it was a little boxy. When I clipped the cap for some reason I put it up to my nose and got a whiff of manure. The pre-light draw however was much different. The manure was no longer there, it was replaced by pepper and spice. It reminded me of a young Monte Sublime from a few years back.
Once I lit the cigar it changed again. The draw was absolutely perfect and stayed that way throughout the smoke. The flavour was big, full bodied, bitter, maduro-like. The burn started out almost perfect. I was drinking a Guinness with this smoke and it was the perfect drink on this occasion. Both the drink and cigar had similar tastes. Once the cigar settled down the flavours began to mellow just a bit and became earthy with hints of leather. The burn however began to canoe and I had to keep touching it up almost to the end. After the halfway mark it began to taste very woody and began to pick up strength. The draw was still perfect and it mellowed a bit again. This cigar kept changing and just when I thought it might become too bitter or strong, the edge would come off. Getting near the end, once again, I thought it would become to harsh but it mellowed a touch. This cigar kept me smoking right down to the nub as you can see from the pictures.
I was pleasantly surprised by the changes in this cigar since the last time I smoked one. It was constantly changing as I was smoking it. It almost seemed like a completely different cigar. I believe this cigar will keep changing for the better and still has a way to go before it matures. If you have any, be happy. If you don't and have an opportunity, get some and put them away for a couple of more years. I definitely have a very different impression of this cigar now. 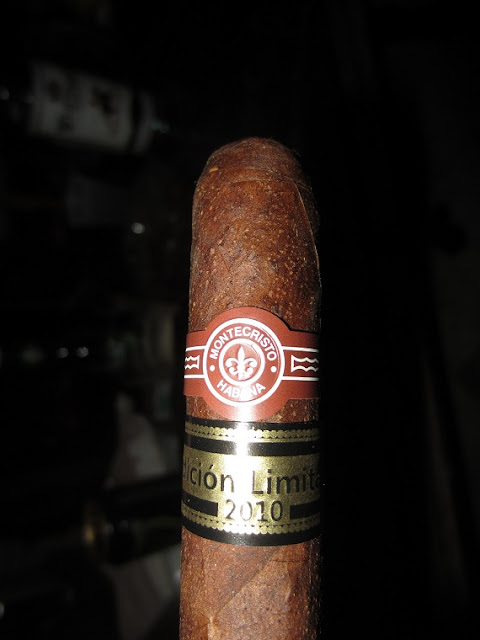 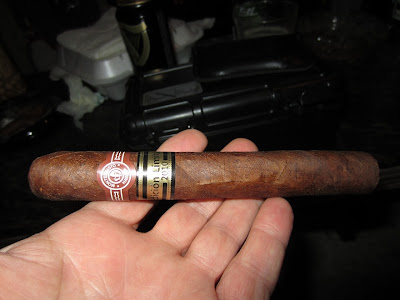 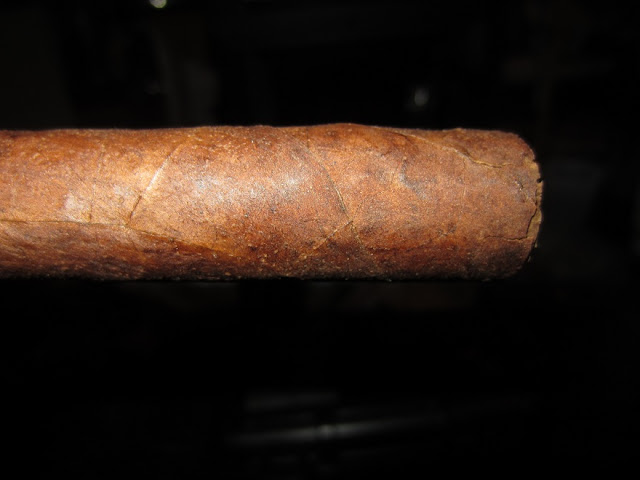 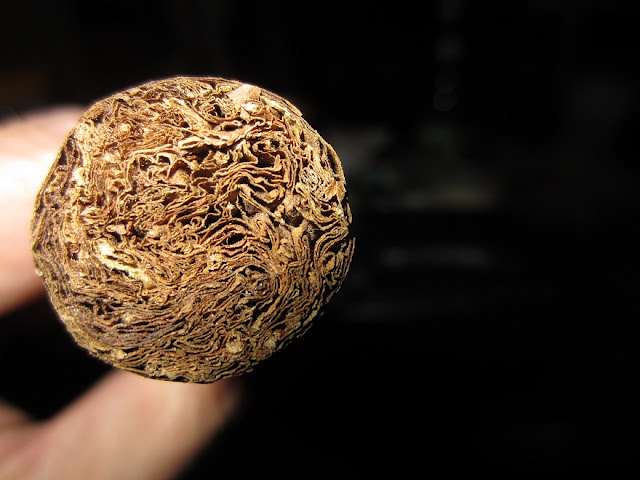 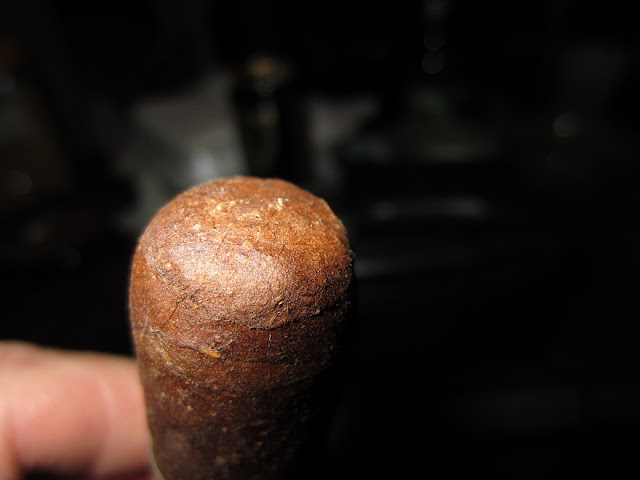 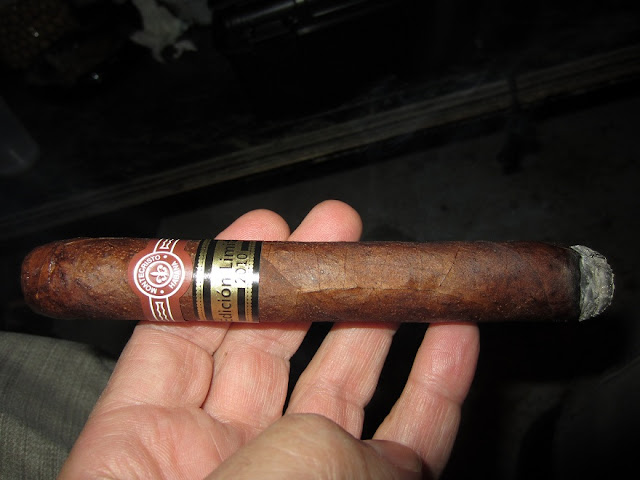 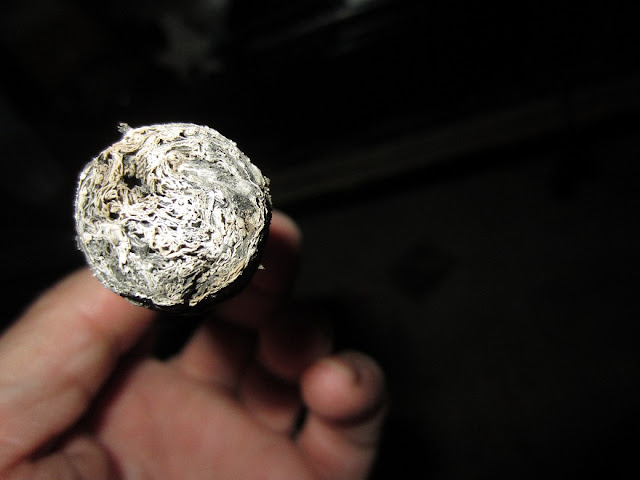 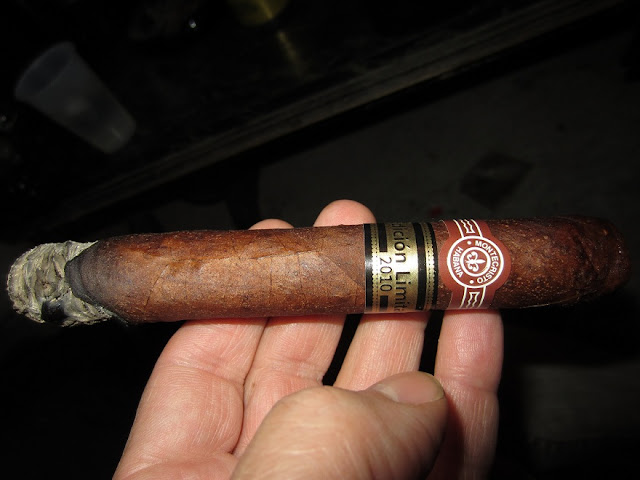 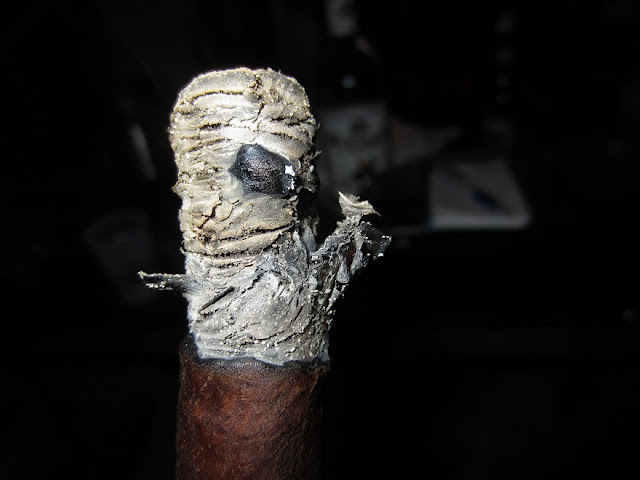 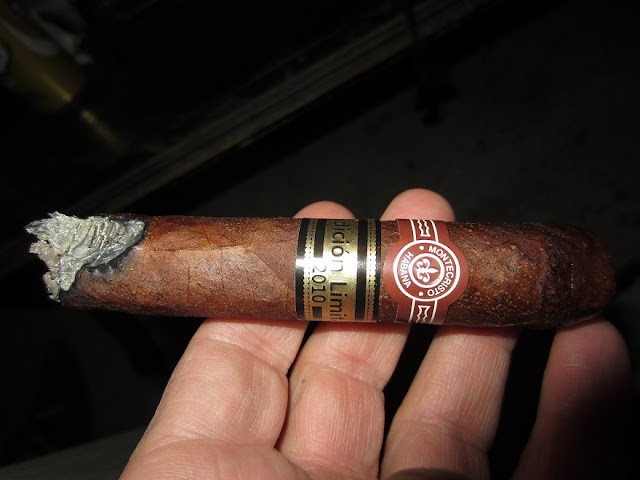 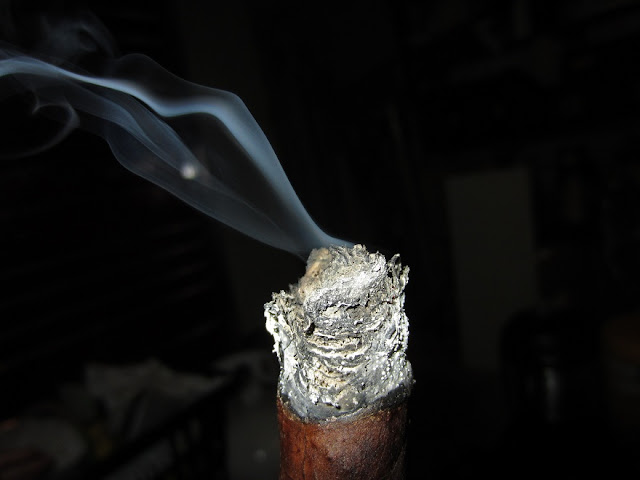 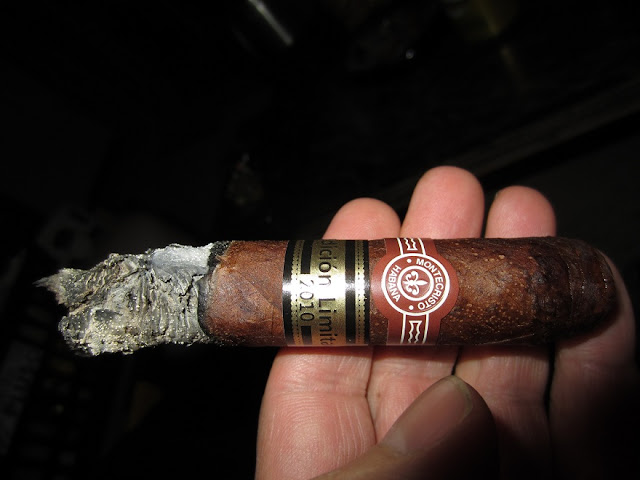 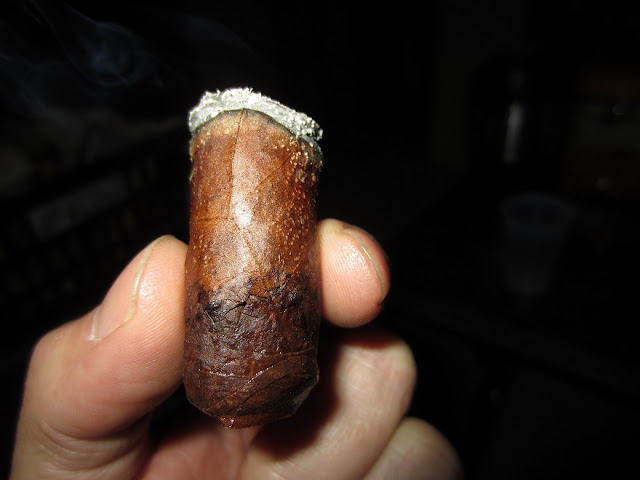 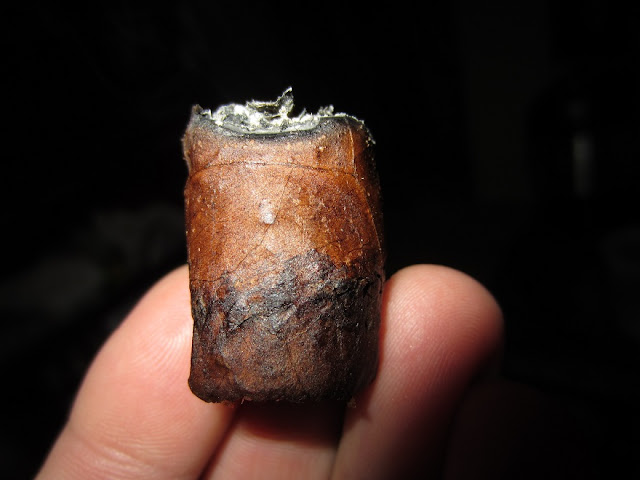 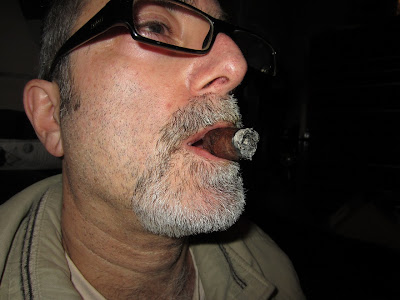 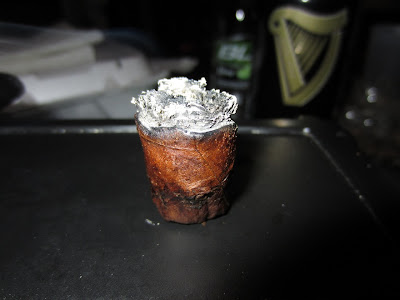