The Magnum 48 was released as a Limited Edition in 2009. This 48 x 110 (4.3") sized Corona Extra came in Slide Lid Box of 25 cigars. I don't have a number on how many were released.
This cigar had few veins but was bumpy, the cap as well, with a wrapper that was on the darker side. The cigar just wasn't that pretty to look at actually but we all know that means nothing when it comes to taste. It was hard to the touch and once cut, stems were sticking out of the cap. Big Cedar on the pre-light draw. Once lit, the draw was good and at this point it seemed to be a mild to medium body smoke. Little further in I picked up touches of floral and a little earth. Nearing the the first quarter and the burn is almost straight. Past the first quarter and the burn is off, picking up a hint of nuttiness.
At about the halfway mark the burn was off and the cigar seemed to be stifled so I flicked the ash. It wasn't pretty (I posted a picture), it was burning a little hot through the middle and left jagged shards of ash....anyway, I fixed it up with my torch. It was burning fine after that, the flavours hadn't changed much. The cigar was closer to being mild bodied at this point. The faint floral notes poke their head out now and again but aren't very prominent. This is a very easy cigar to smoke.
Halfway through the third quarter and the burn is way off again so I touched it up. Getting earthier and stronger through the last quarter. Through all the touch-ups the cigar never tasted bad. Even as I'm nearing the end and can hardly hold it, I find it difficult to put down. It was burning my lips on those last few drags. Finally I gave it up.
This wasn't a very strong cigar but was a pleasure to smoke regardless of the burn issues. I've had a few friends smoke one recently and not one of them disagrees, it's a great cigar. Many I talk too, myself included, wished they had gone deep on this one when they were released. I'm sure you can find them but they won't be cheap now. If you can pry one from a friend's collection, do it. Smoke it now, it's smoking great in my opinion but you can still lay it down for a bit. 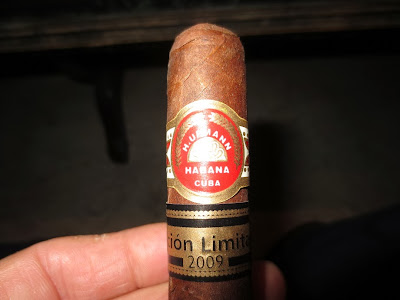 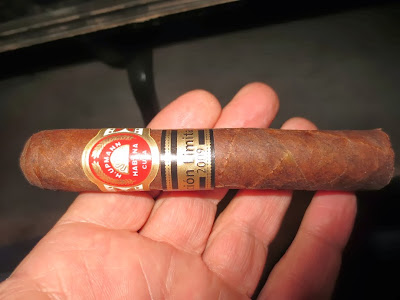 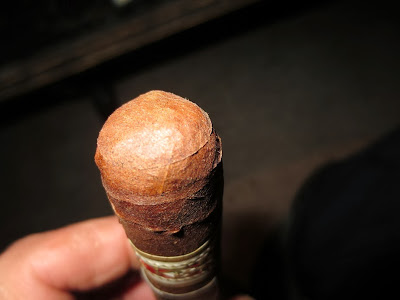 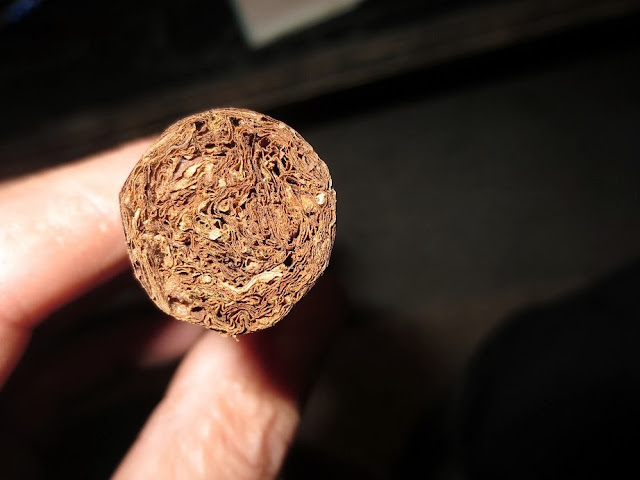 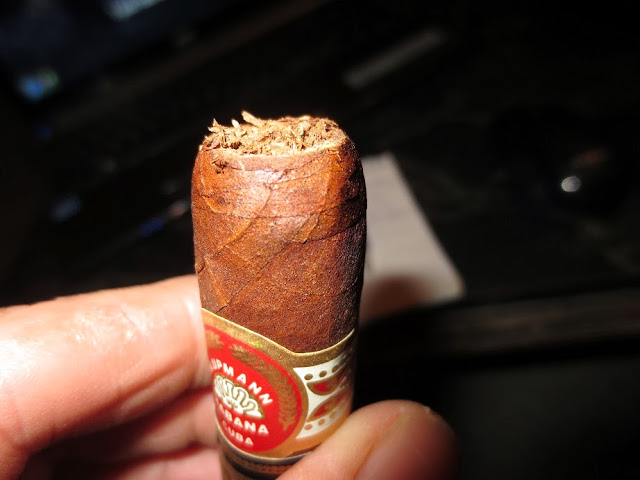 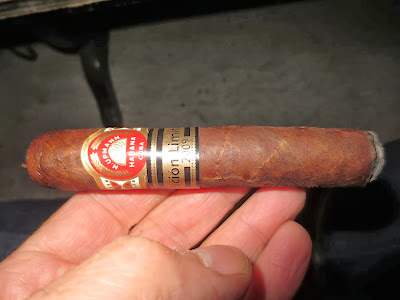 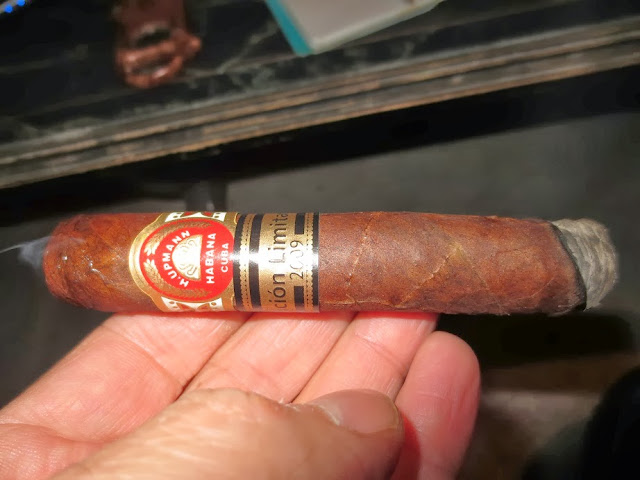 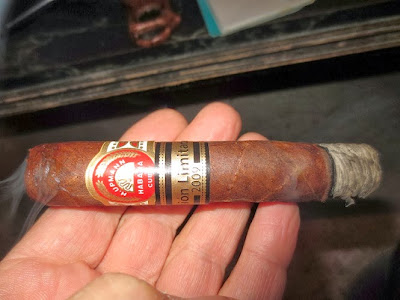 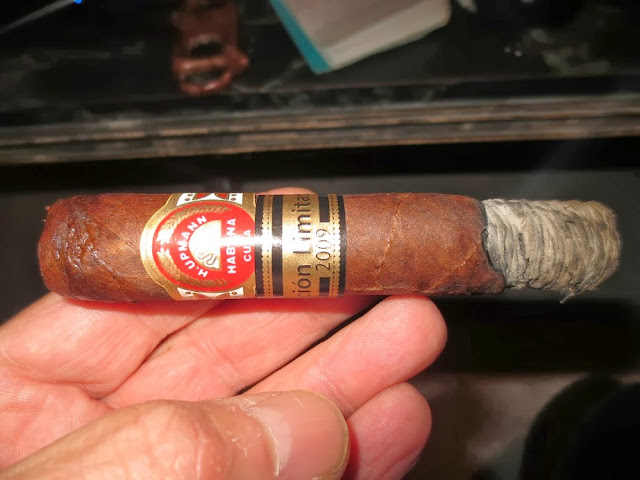 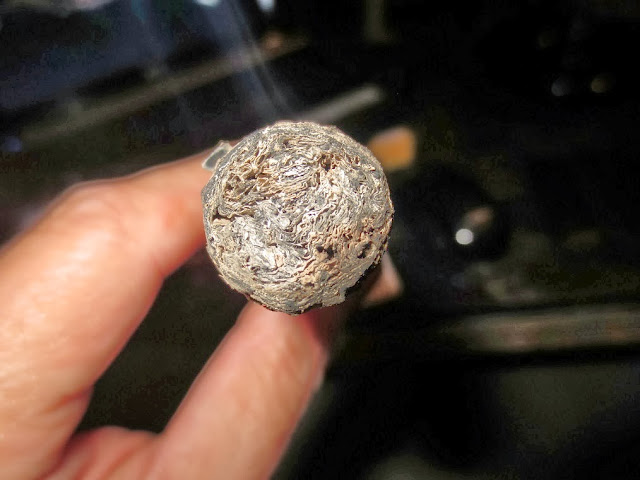 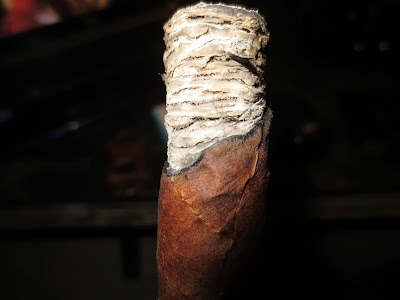 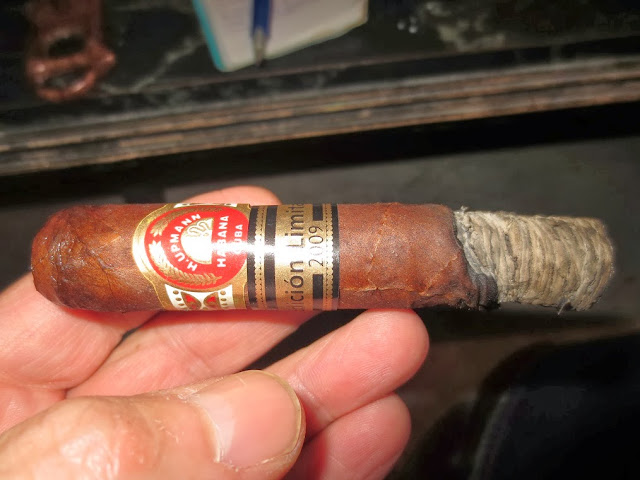 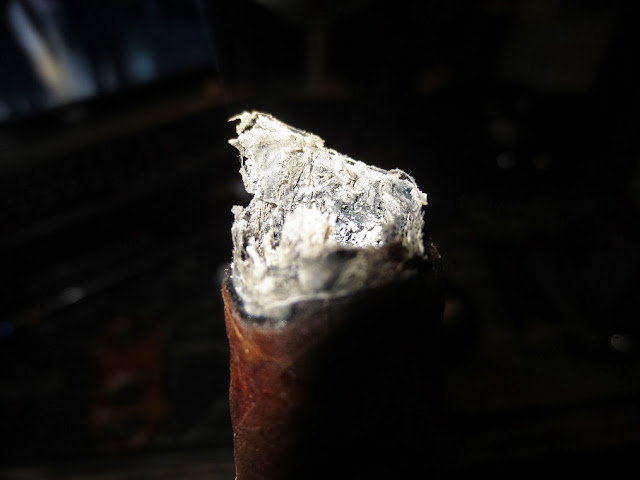 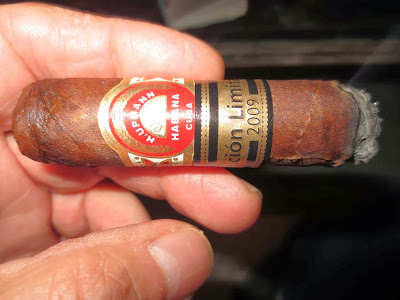 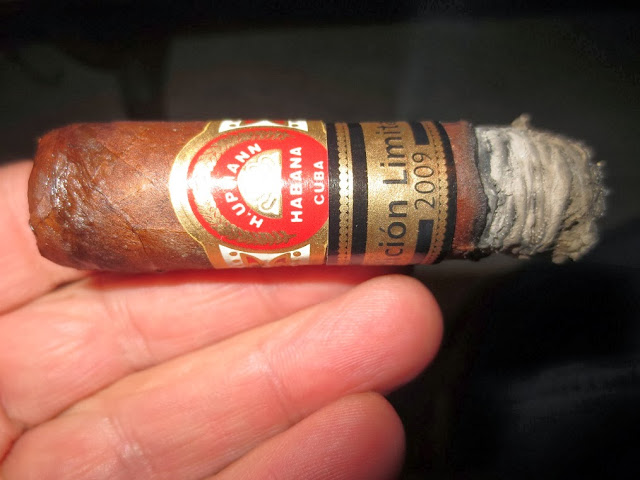 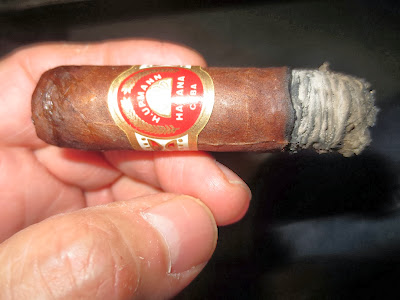 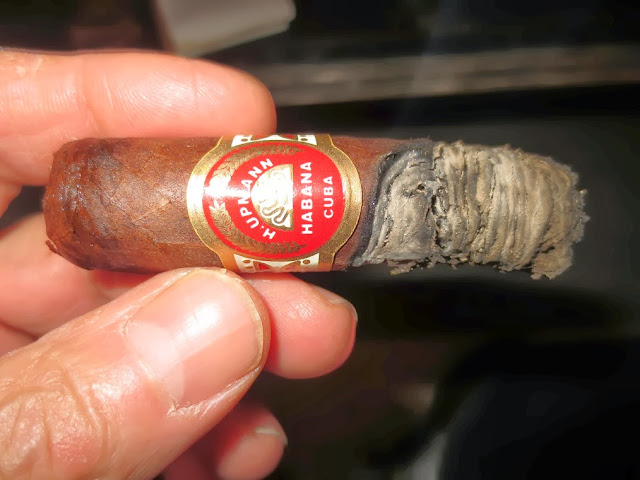 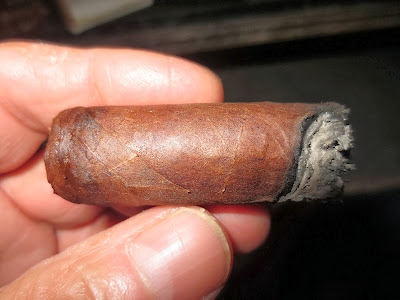 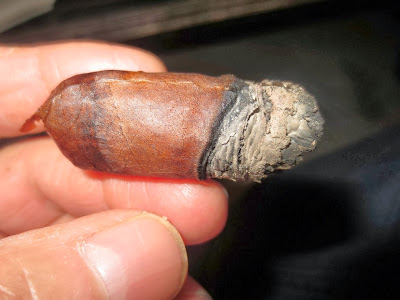 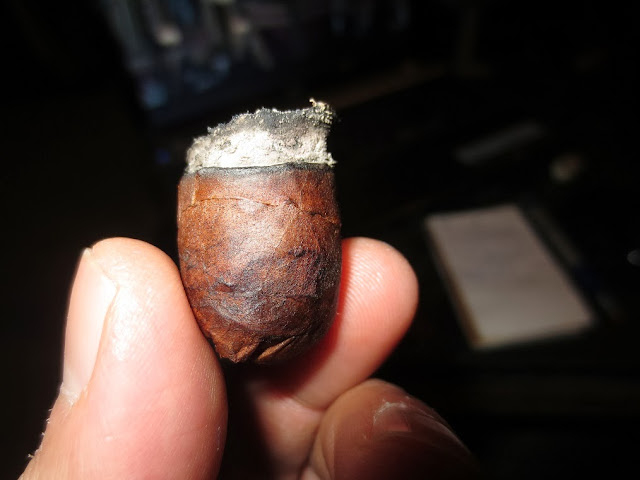 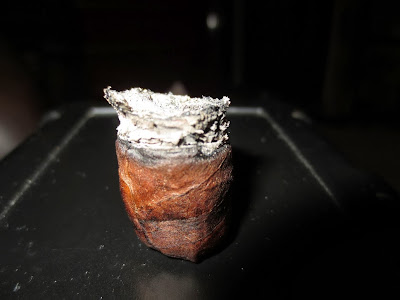