To get to the 'La Casa del Habano' on the Club Havana Property you must pass a gate with an attendant as you enter the grounds. Tell the attendant that you're going to the Cigar Shop, this way you won't pay to use the facilities. There's a $15 or $20 fee to use the pool, beach, gymnasium...on the grounds. I come here at least once per trip and spend an afternoon. It's a little swath of paradise in the midst of a noisy, vibrant and sometimes dirty city. I love Havana with all it's colour but sometimes I just want a little peace. The fact that one (if not the best) of the best stocked humidors happens to be here also is just a bonus. Once you pass through the gate the store will be to your left.
If you didn't know Jorge and entered the shop at the Club Havana facility, unless he was sitting behind his rolling table, you would never guess who he was. Acting as a salesperson when he's not rolling, you would think he's just another employee and not the gifted cigar roller that he is. However, he did display good knowledge of the cigars in the well stocked walk-in humidor.
Born in Havana, August 27, 1965, his father is still alive and he has a son who is 26. He never really thought about rolling cigars but his mother's friend asked him if he wanted to give it a try. It was 1984 when he went to the H.Upmann factory for his 9 month training, during which he decided it wasn't for him. His teacher, Santo Cárdenas, saw something in him and urged Jorge to continue. He qualified as a roller after only 6 months and continued to work at the H.Upmann factory until 1991 after which he started rolling in the Cigar Shops around the city. He's been working at the Club Havana LCDH since 2002. If you were to ask Jorge who influenced him the most, he will say his teacher Santo Cárdenas.
Today he's happy with his choice of profession and says he will continue working to produce the best cigars that he can so his customers can look forward to some of the best Custom Rolls in Cuba....I added that last part. Jorge is far to bashful to make such a boastful comment but ask anyone who's smoked one of his cigars and they'll tell you how great they are. He's a gentlemen and very soft spoken with a tremendous knowledge of the industry, it's always a pleasure to spend some time with him and learn a few things. Looking forward to seeing him in a few weeks and get a hold of a few more of his cigars. I suggest you do the same if you're ever in the area.

Q. How many cigars do you roll in one week?
A. I roll about 50 cigars a day. They are more for promotion. We prefer to sell boxed cigars.

Q. Have you traveled to other countries?
A. I've traveled extensively throughout the Caribbean & I've been to Canada 4 times.

Q. Have you won any prizes for your rolling?
A. I don't enter contests.

Q. What is your favourite vitola to roll?
A. The Piramide but I mostly roll the Lonsdales

Q. Do you smoke?
A. Cigarettes & maybe some little cigars. If I smoke cigars it's just to try the Liga.

Q. What country do more of your clients come from?
A. Canada and then England.

Q. Who is the most famous person that you know of that has smoked your cigars?
A. Michael Jordan and Arnold Schwarzenegger.

Q. Who selects the blend for the cigars that you roll and has it changed now that Mons is gone?
A. When Enrique Mons was here we picked the blend together. We found something that most everyone liked and went with that. We perfected it together and nothing has changed, I use the same blend today. 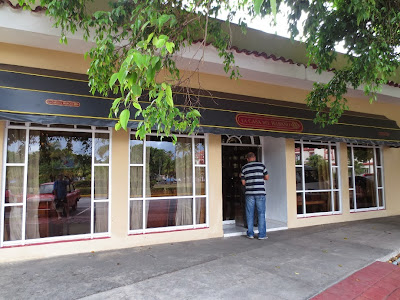 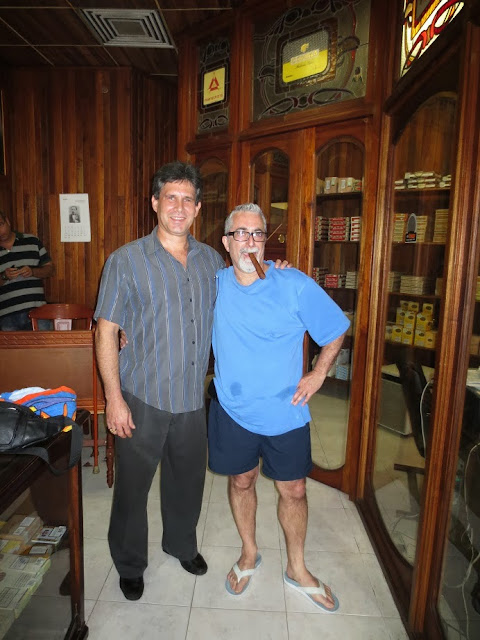 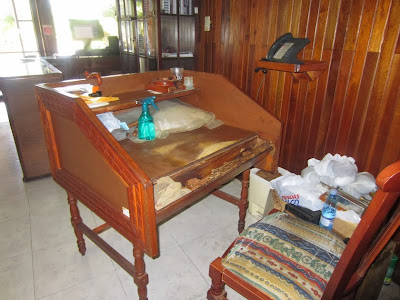 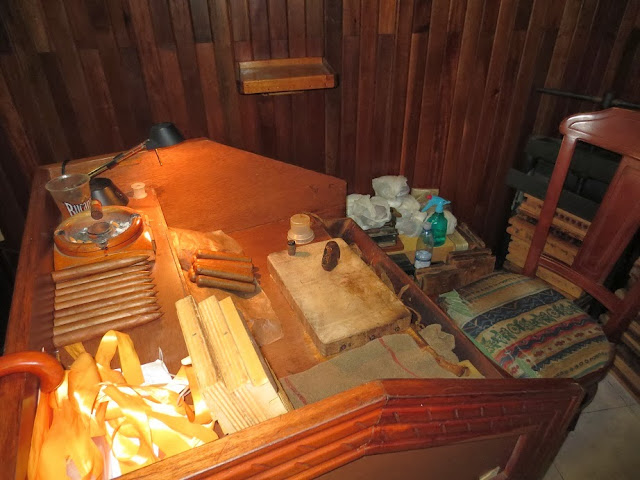 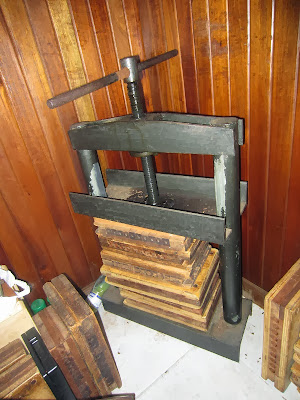 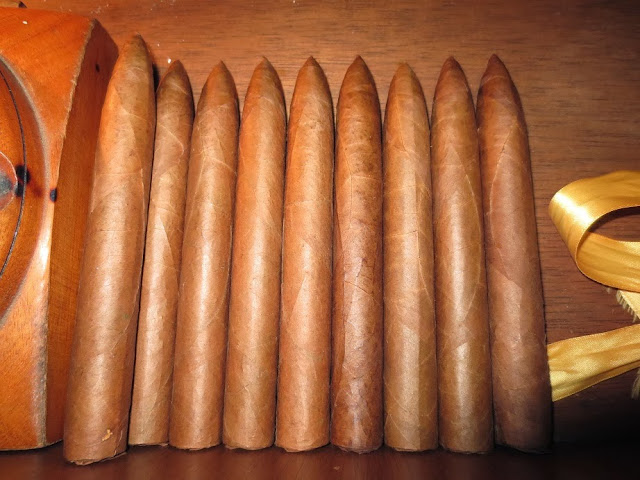 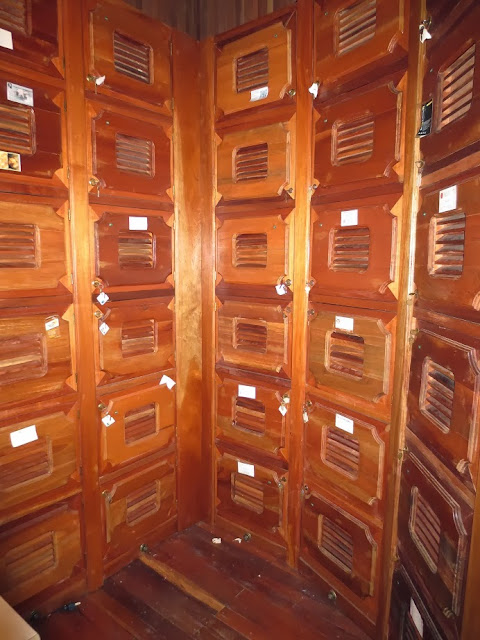 Lockers where his cigars would be stored 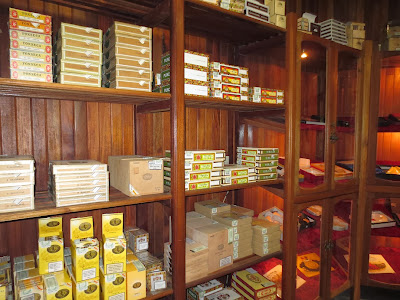 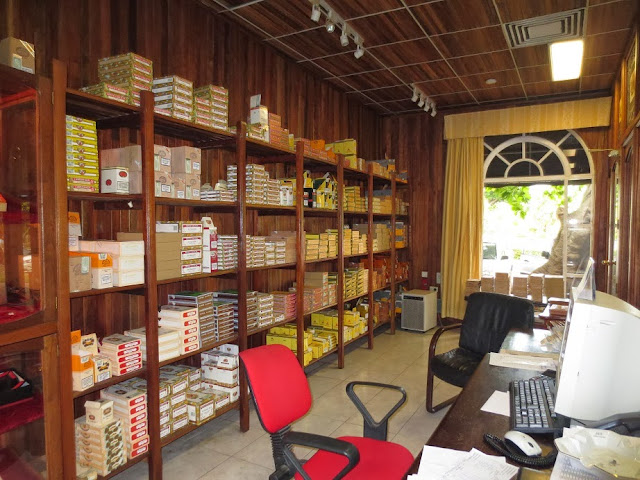 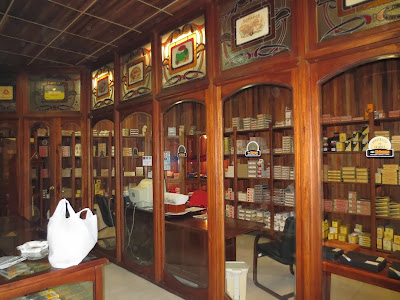 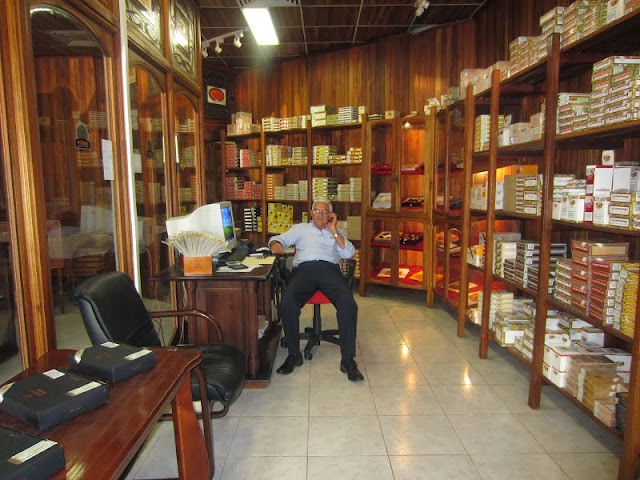 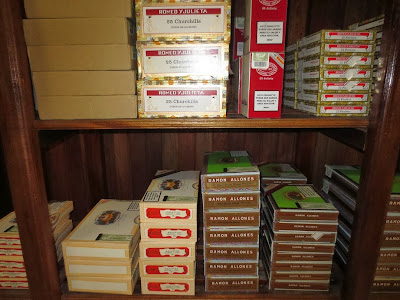 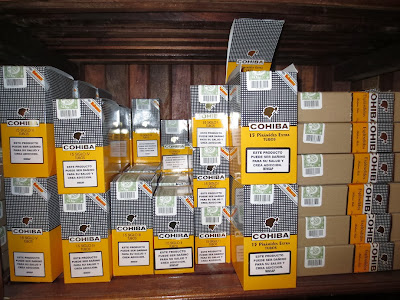 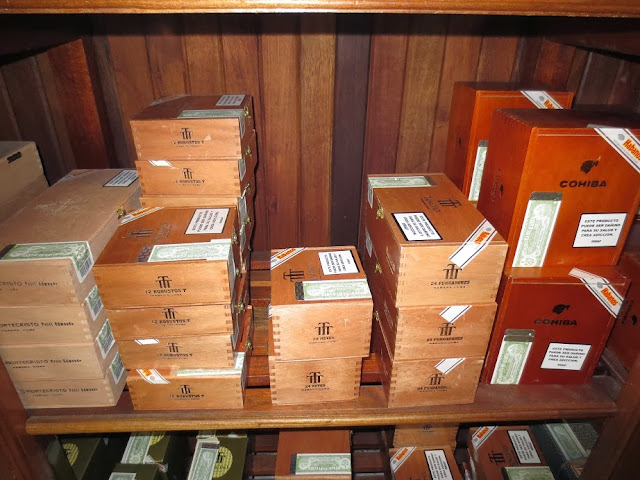 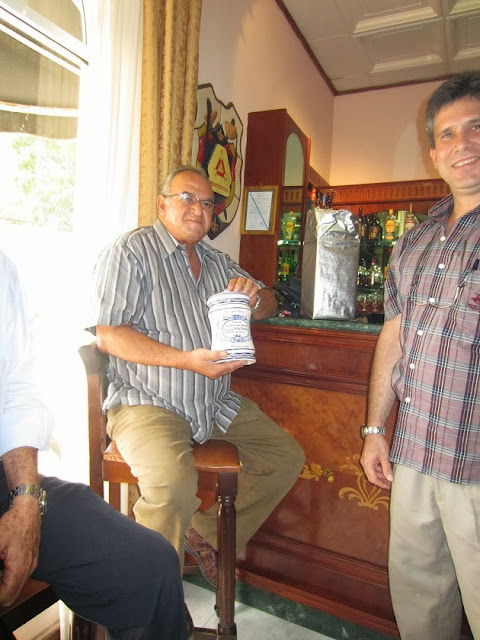 Jorge and Enrique Mons in the store's Smoking Lounge 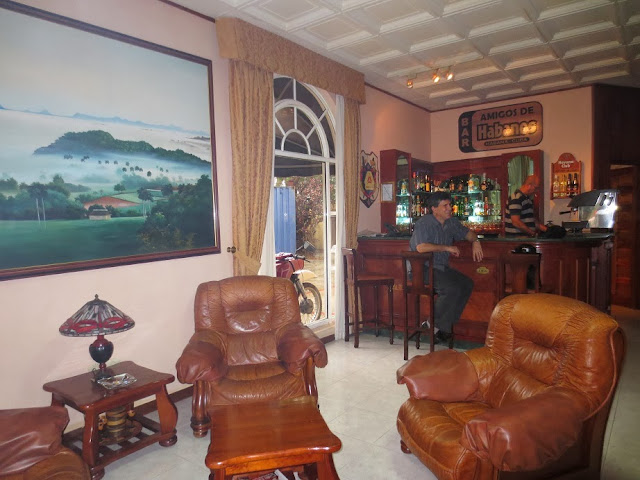 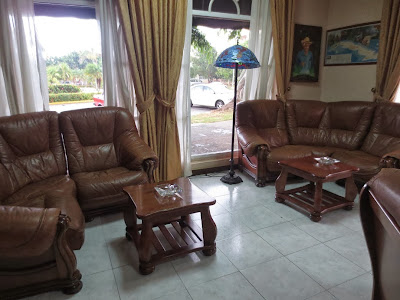