This is a great looking cigar, a nice thick Robusto 55 x 130 (5.1")...in my opinion, the way it should be. It's a 2013 release made in slide boxes of 10 cigars each. I had an unbanded one the week before I had this one and it was spectacular. This one (banded) however had construction problems.
The darkish, oily wrapper was veinless and a little bumpy...inviting just the same. The cap was also somewhat bumpy and uneven. The cigar was hard to the touch with just a bit of resistance when squeezed. The pre-light draw tasted of chocolate and left spice on my lips. Once lit it was big and strong off the hop with a lot of pepper on the tongue, the draw was perfect. Spicy earth and leather is what this cigar was giving me from the start.
I had to relight this cigar at the first half inch after it had gone out. It seemed to be burning hot through the middle. The earth tones were being replaced by wood while the leather flavours hung on. So far, at first inch, the burn had been straight but not long after that it began to burn a bit off. The edge had come off that initial strength but it was still a pretty strong cigar.
Reaching the first third the cigar had gone out again. I flicked the ash to discover that I was right, the cigar was burning hotter through the middle so I touched it up with my torch. The cigar was mellowing out now but was still a bit spicy on the tongue.
Nearing the half the burn was off. The flavours I picked up were leather and wood and not changing much now that the cigar had settled down. Past the half the cigar continued to go out, it was still burning hot through the middle. I had to periodically touch it up....and so it went until the flavours were compromised and I decided to let this cigar go before it's time. There was more than a quarter of the cigar remaining but I just couldn't keep relighting and torching. The flavours had turned sour, that was enough.
The one I had last week was devine and even though this one was rolled poorly, the flavours were there. It was just a bad roll and I can't judge all of them to be the same. It started out strong (stronger than the usual Hoyo profile) but mellowed out at around the half way mark, both cigars had done the same. The flavours remained pretty consistant throughout but this is a young cigar and needs some time to rest. In my opinion this is definitely a cigar to buy and put away. I'm going to love trying one of these in about a year to see how they've matured. I hope I find some this November when I'm back in Havana. 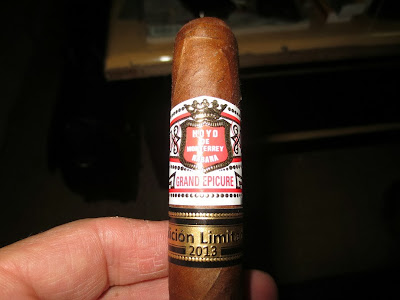 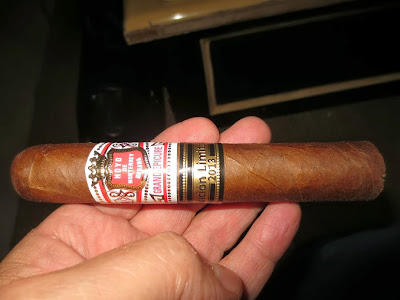 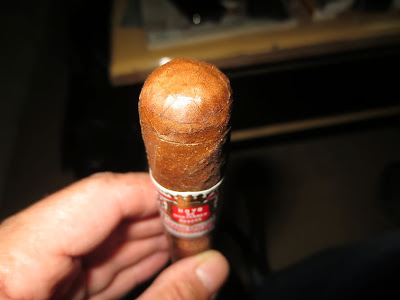 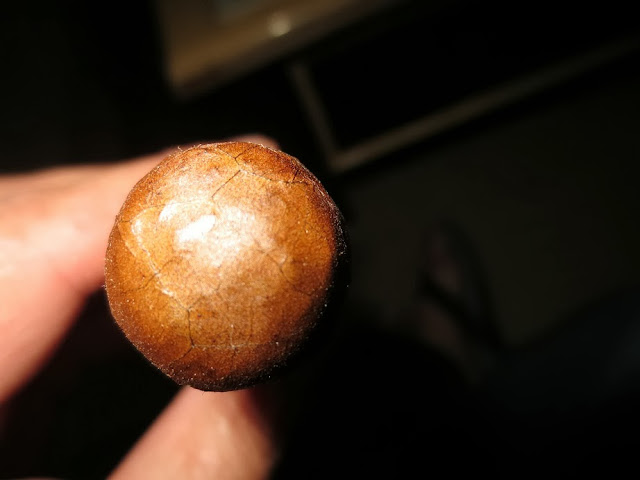 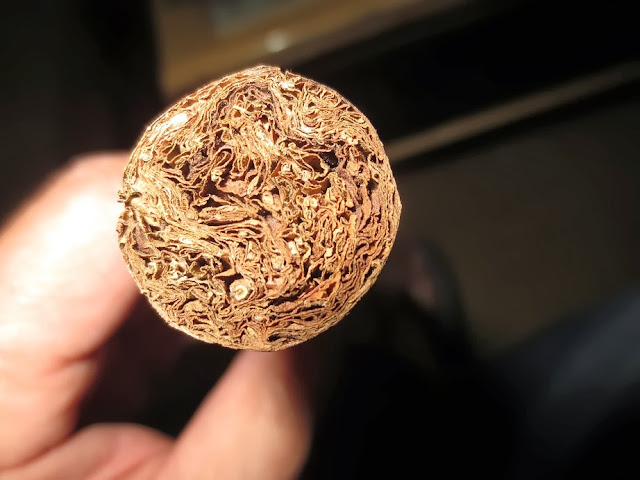 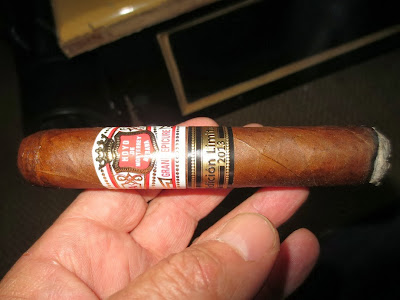 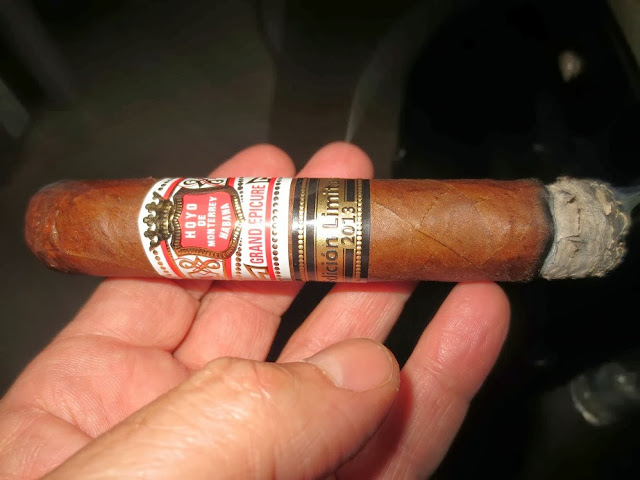 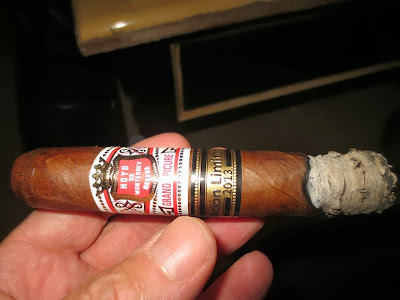 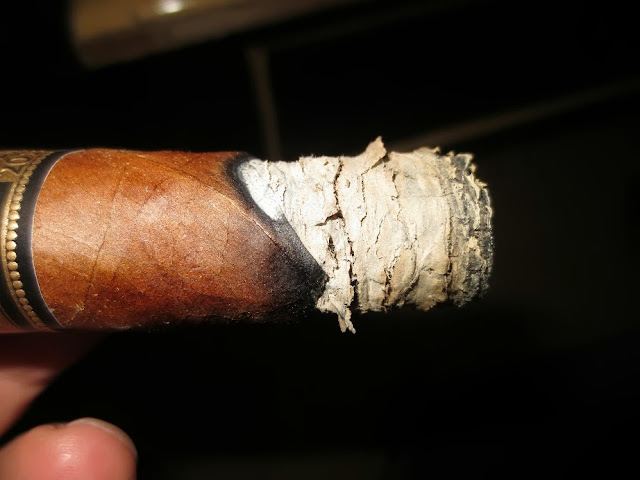 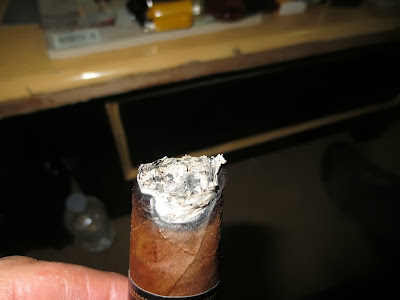 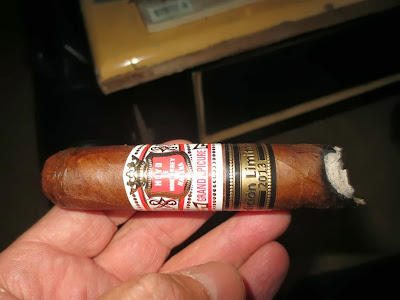 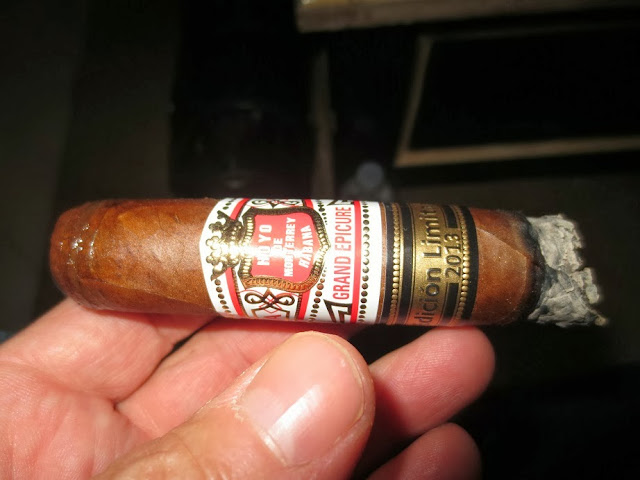 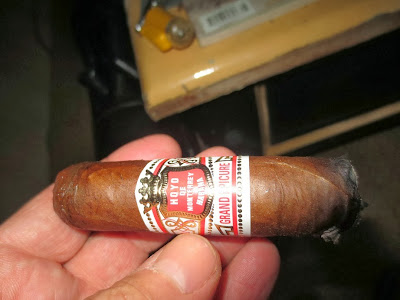 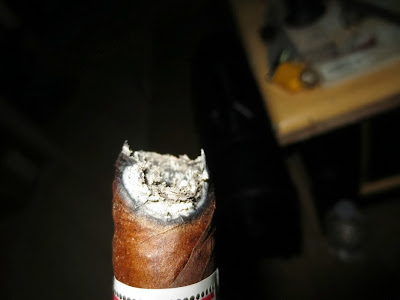 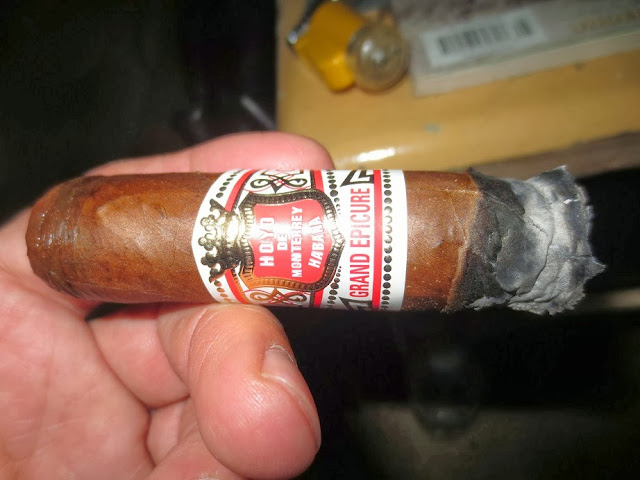 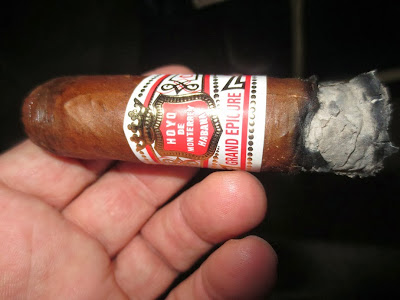