This cigar weighs in at 52 x 162 (6.4"), they call it a Robusto Extra, very close to a Sublime which is a 54 x 164 (6.5") and probably my favourite size vitola. They packed these cigars in varnished boxes of 10 cigars and released or are releasing them this year.
This particular cigar had a darkish wrapper, it was oily and bumpy but veinless....even the cap was bumpy and uneven. The pre-light draw gave me a touch of wood. Once lit, the draw was bang on with good amounts of wood and earth on the palate. Into the first inch I picked up some hints of roasted coffee bean. So far this was unlike any Romeo y Julieta I've smoked in the past. The burn, however, was off. At the first inch and a half I would have to say this was a solid medium bodied cigar. At this point I was picking up subtle notes of honey. Close to the 2 inch mark I flicked the ash, being indoors I didn't want to make a mess.
Halfway through the second quarter and I was picking up hints of tea. Now the cigar was mellowing, medium to mild bodied now. The burn is just a little off now. Although I was tempted on several occasions, I hadn't touched up this cigar with my torch yet. However, at the halfway mark I couldn't resist and gave it a touch-up.
Third quarter and this cigar is tasting earthier. Last quarter and it began to pick up strength. The flavours pretty much stuck at this point, just the strength was picking up and a little bitterness creeping in to the point of becoming a bit rough on the palate. I could have held on a little more but it wasn't pleasant any longer so I let it go.
This cigar is quite young and definitely needs more time. The flavours are unlike any RyJ I've smoked in the past. It was almost like a cross between a Diplomatico and a Montecristo with a little bit of something else thrown in.....but milder. I smoked this cigar with a couple of other guys prior to this one and they thought the same thing. One guy didn't like it because he thought it was too mild. I enjoyed it and I'm going to keep the others I have tucked away in the back of my humidor for a while. I recommend you try at least one and judge for yourself. 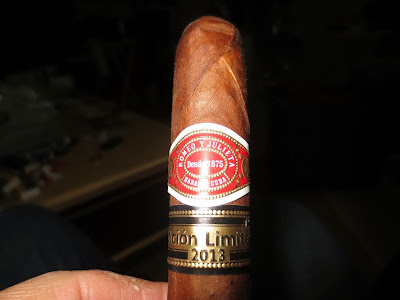 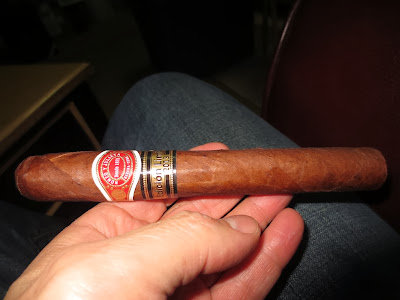 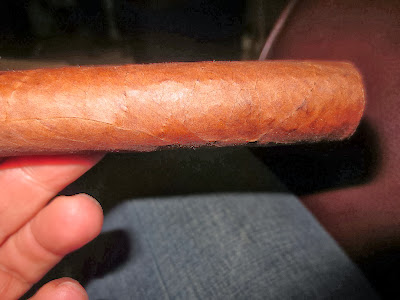 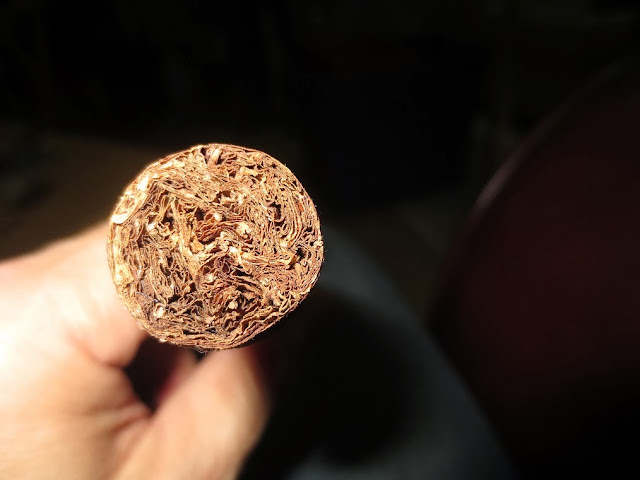 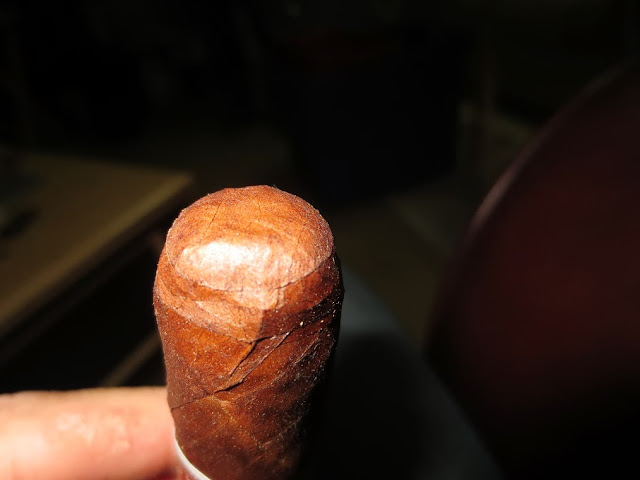 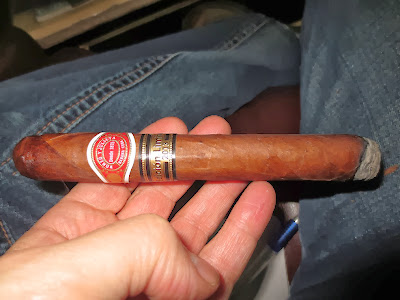 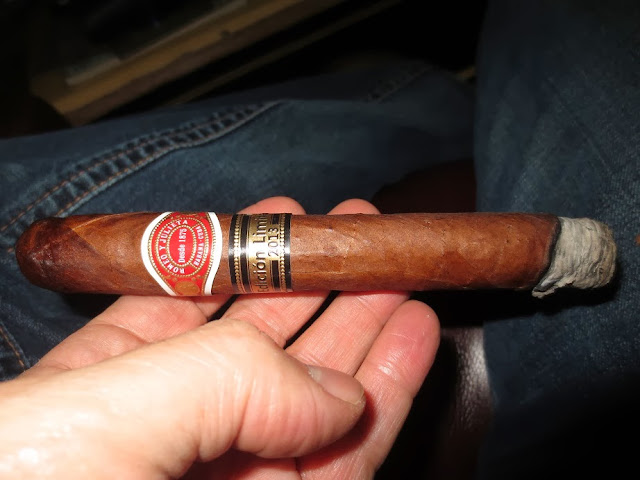 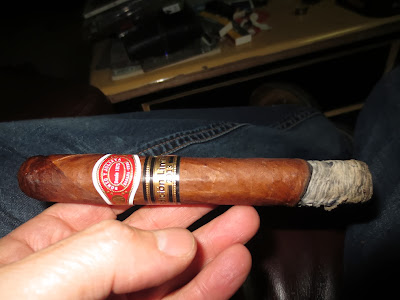 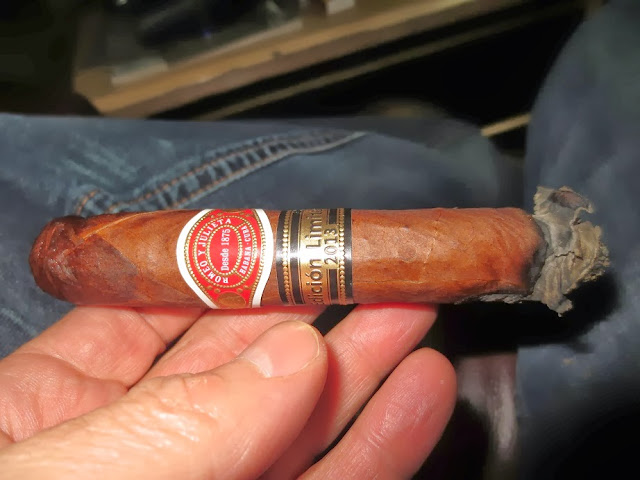 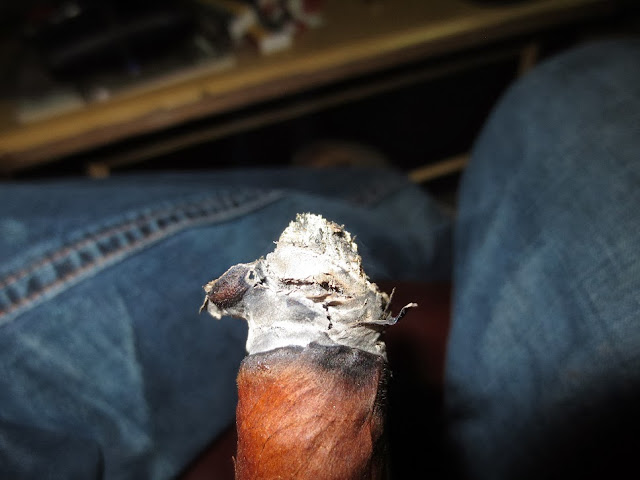 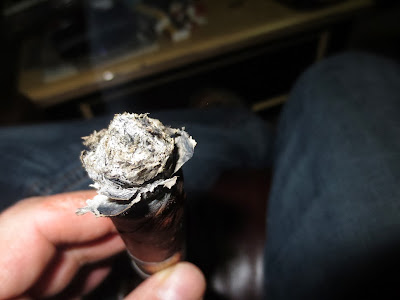 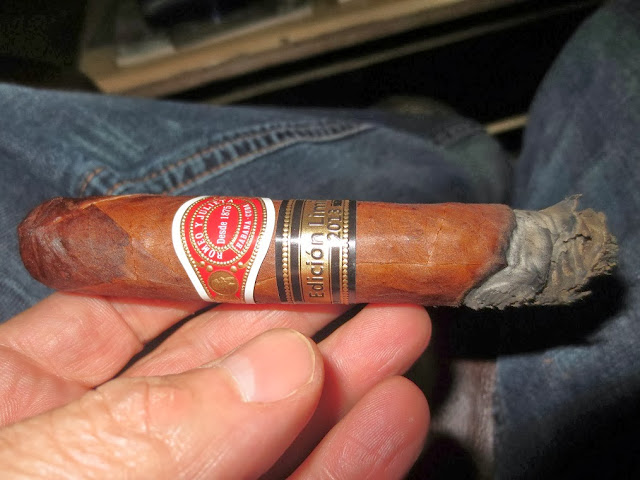 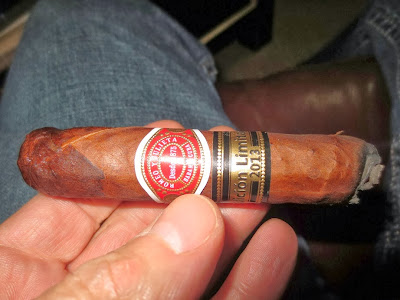 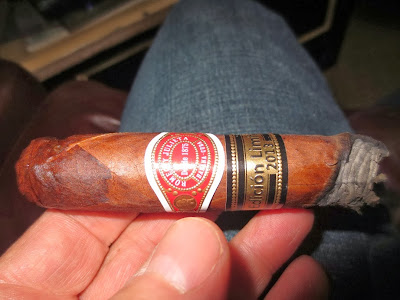 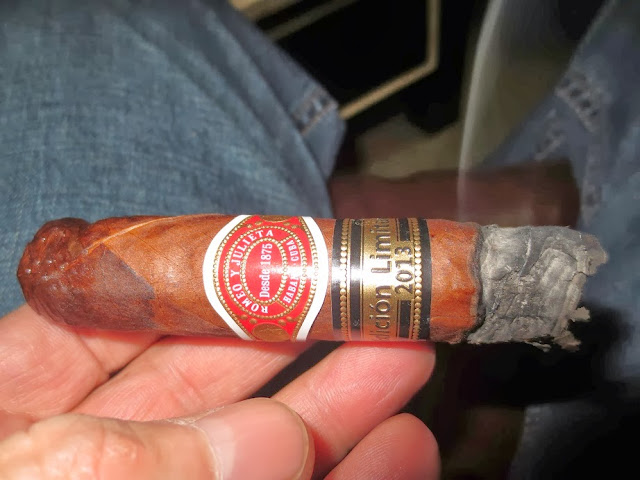 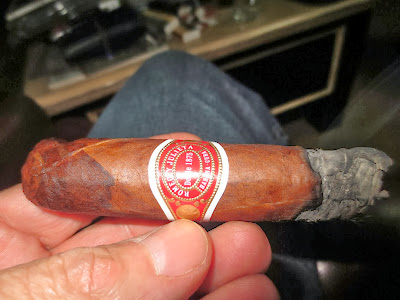 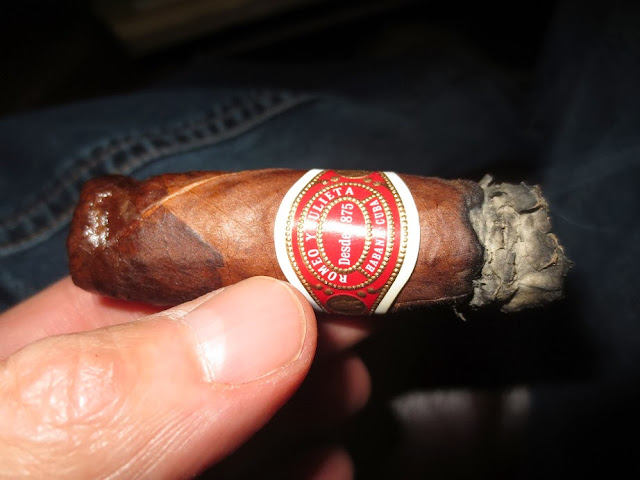 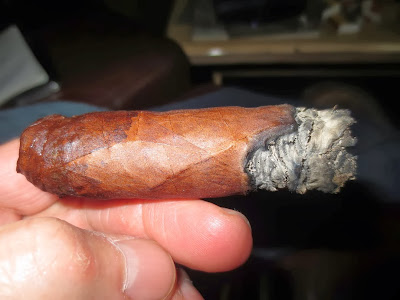 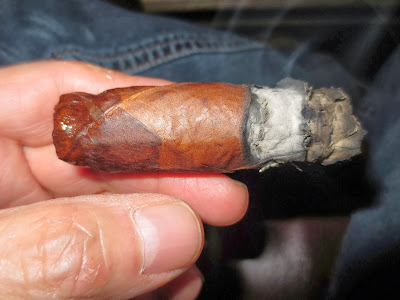 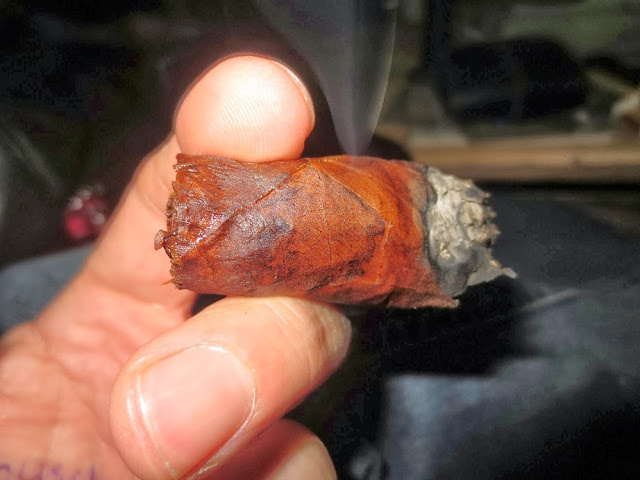 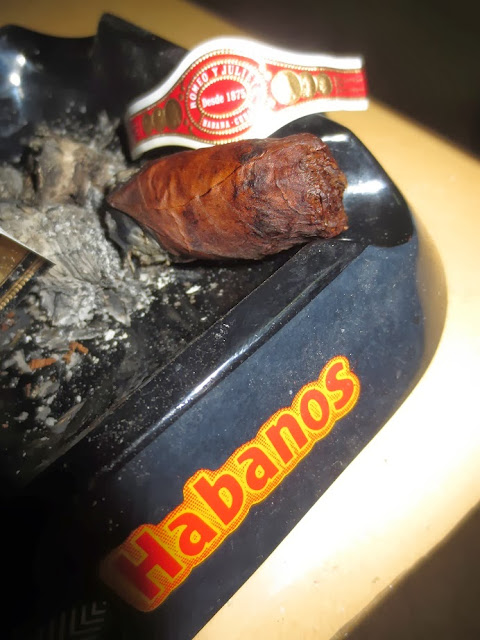