If you've ever been to Havana and have had the opportunity to drive to the Miramar district (a suburb of Havana) via 5ta Ave, you've driven by this clock. If the traffic light at 10th street was red, you may even have had the chance to admire it. Otherwise with the speed limit being what it is, you would have zipped right by it. Mirarar if far from the congestion and noise of the more popular Habana Vieja, the historic part of the city, if not by distance, it's far from the tourist track so therefore most people don't even know of it's existence.
Designed by George H. Duncan, a New Yorker, the tower was built between 1921 and 1924, it stands 22 meters tall and has musical tolling every hour and at 15 minute intervals. The clock machinery is on the ground floor. It was built during the start of the construction in Miramar when the area was nothing but a cow pasture until about 1911. The neighbourhood being what it is today, one could never imagine it being grazing land for four hoofed creatures. During this time the area was mapped out for the expansion of Havana, for the wealthier Habaneros that is. In 1921 a bridge was built that would link the Vedado district to Miramar and what would later become the famous Fifth Avenue or Quinta Avenida. In 1953 the tunnel everyone uses today was built to replace the bridge and it exits directly onto 5th Avenue coming from the street know as the Malecon in the Vedado district. The bridge is still in use today and I've used it on several occasions during my trips to the city.
This clock is the only one of it's kind in Havana and is guarded by two people during the day. I don't know if someone is there at night, I would imagine they lock it up. I'm going to have to pay more attention in the future. It has worked for over 75 years and was working at the time I took the pictures below. That's pretty good considering most things of this kind (especially fountains for which there are many) are never in working order. 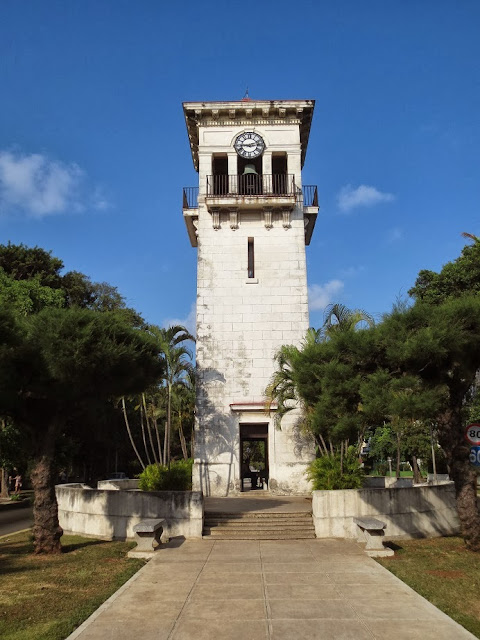 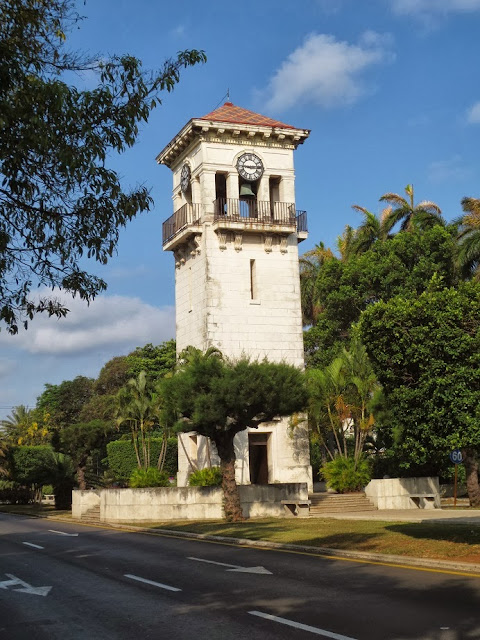 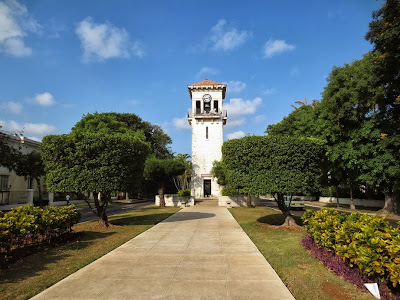 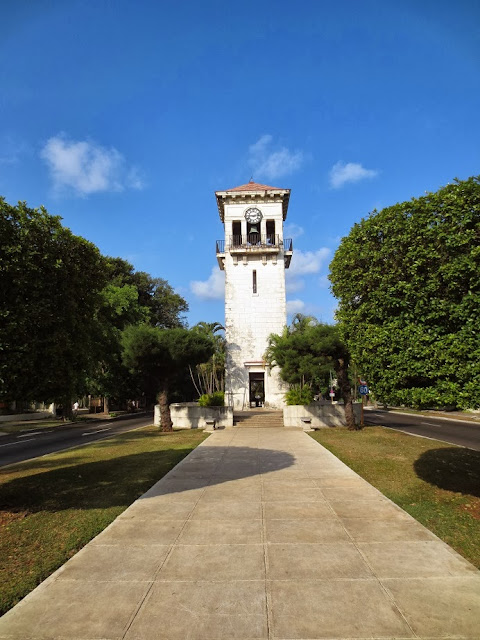