This is just one of a few castles or fortresses that the city of Havana boasts. This one sits on the corner of the famous Plaza de Armas with one half facing the bay and the other the city. I have never visited this building until now, although I have been in front of it many times. One of the reasons may have been because it was closed for restorations from 2003-2008. This building has been many things through the years, all of which were governmental in some form or another. Until it's closing and restoration in 2003 it housed the Museo Nacional de La Ceramica. At some point they had even planned to demolish it, that was in 1868 but continued to use it as a warehouse or safehouse or as I had said, something governmental.
It was built between 1558-1577 and is thought to be the oldest stone fortress in the Americas. It wasn't built in a very good position being set too far back into the bay. The west tower was added between 1630-1634 and is topped with the famous weather vane we see on the label of Havana Club Rum. The name given to it is La Giraldilla. The original was cast in 1632 and now sits in the Museo de La Ciudad. It was made in honor of Isabel de Bobadilla, the wife of Governor Hernando de Soto. In his absence she served as Governor and has been the only female to serve in that position.
It isn't a large castle but has a couple of levels, is surrounded by a moat and was built in medieval fashion. Upon entering the property you will find two rows of canons. You have to cross the small drawbridge over the moat in order to enter the building. The rooms are filled with artifacts of the period and boards (written in Spanish) with pictures and drawings explaining the history of the castle, the city and it's foray into the shipbuilding business. It actually houses the Museo de Navegacion (Naval Museum). Once you get to the last level you can even climb the bell tower. You get some great views of the city and the bay and it's well worth the 3cuc cover charge or it was for me anyway.
This is a nice little side trip if your visiting the Plaza de Armas. It's not very expensive and as I said, it affords some nice views of the city. In all, it might be a 20-30 visit, it isn't a very large exhibition. There are just a few rooms filled with history. You can judge for yourself by viewing the pictures below if it's worth the visit for you. 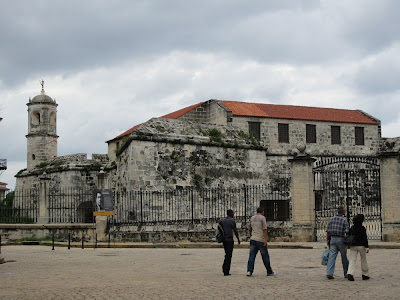 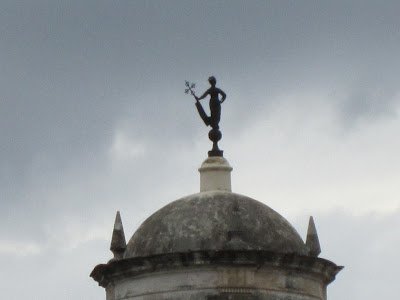 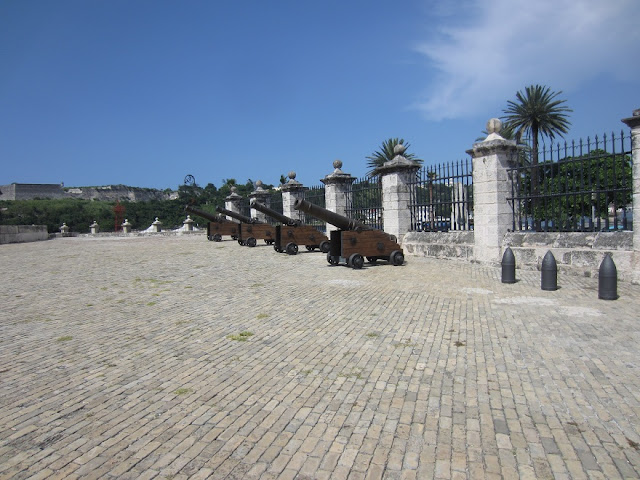 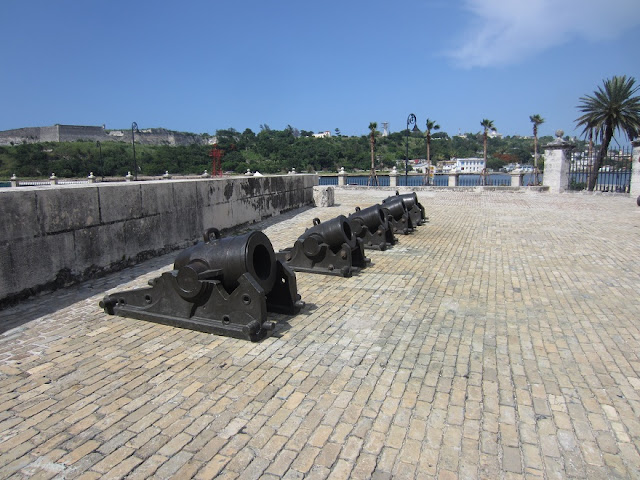 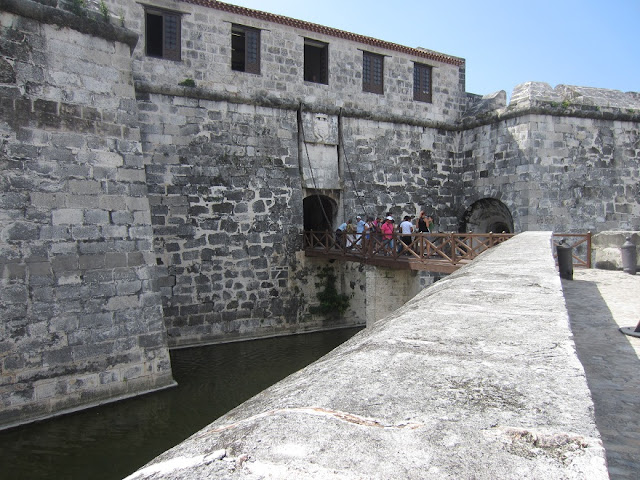 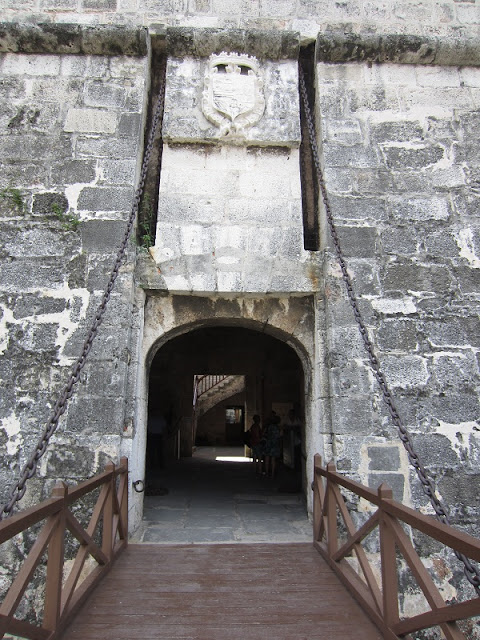 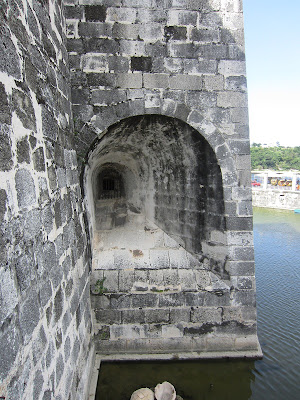 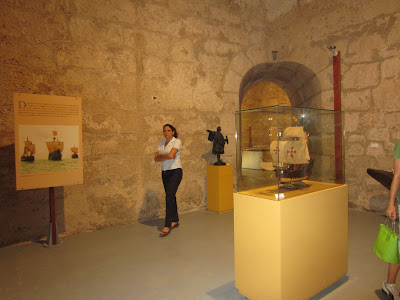 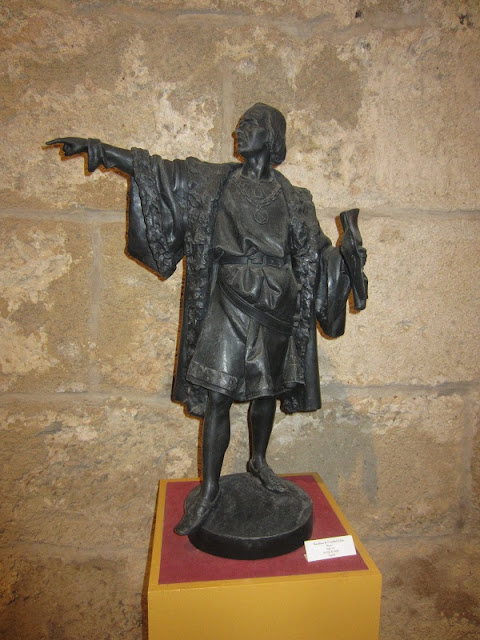 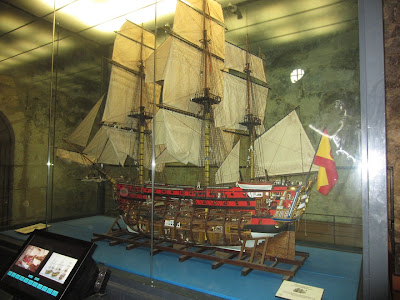 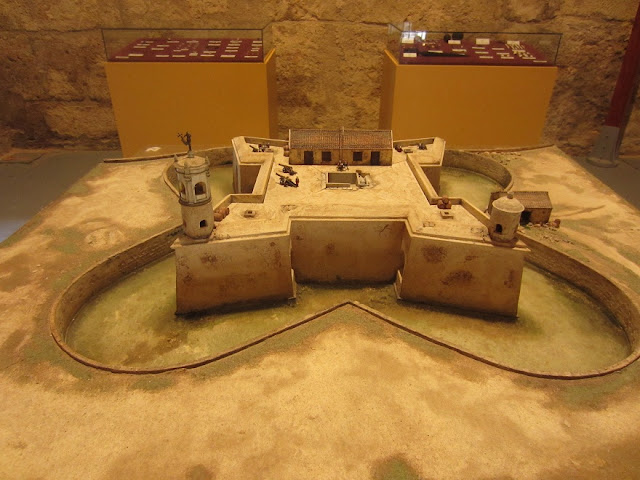 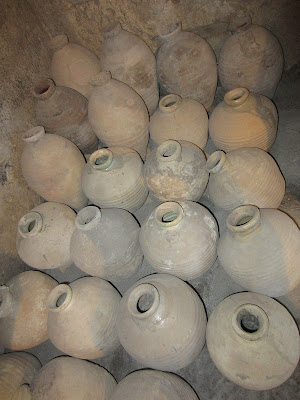 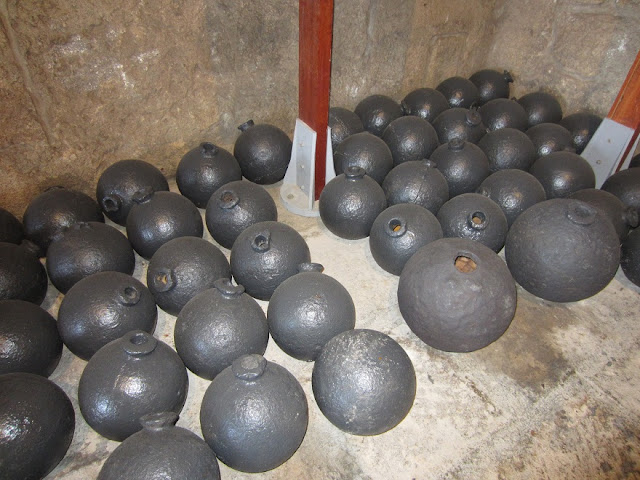 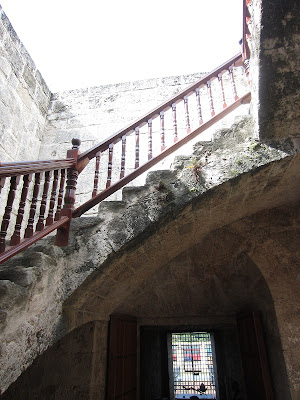 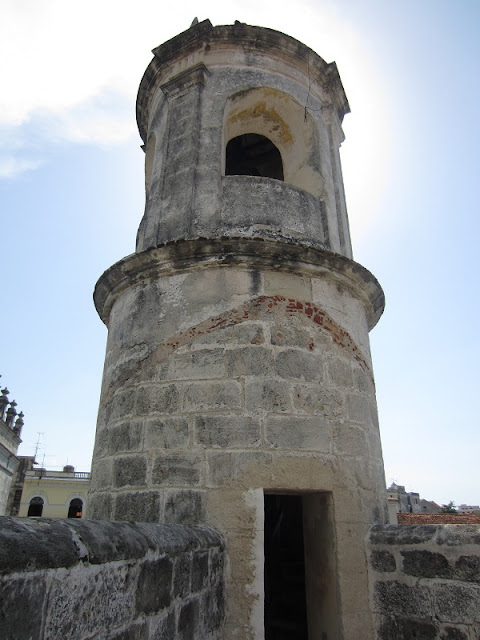 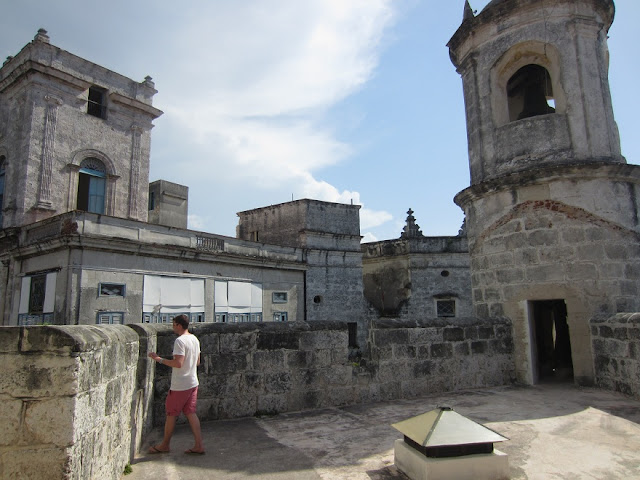 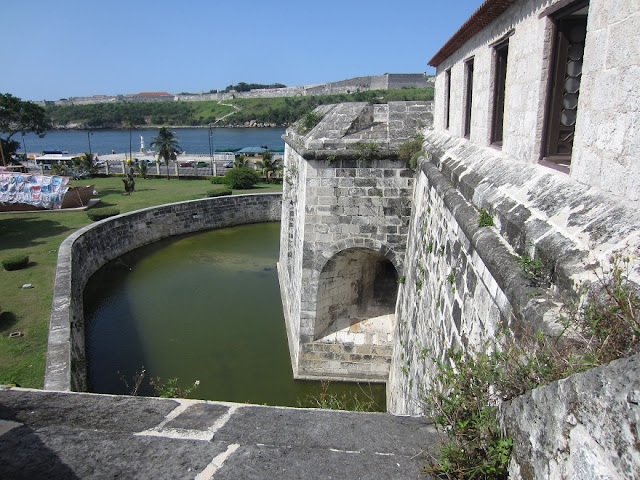 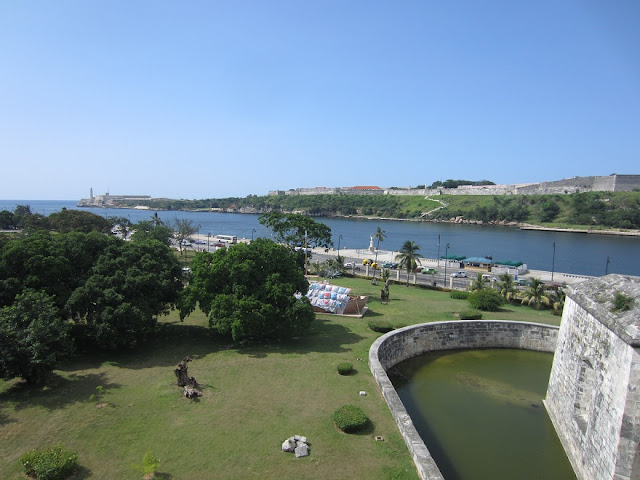 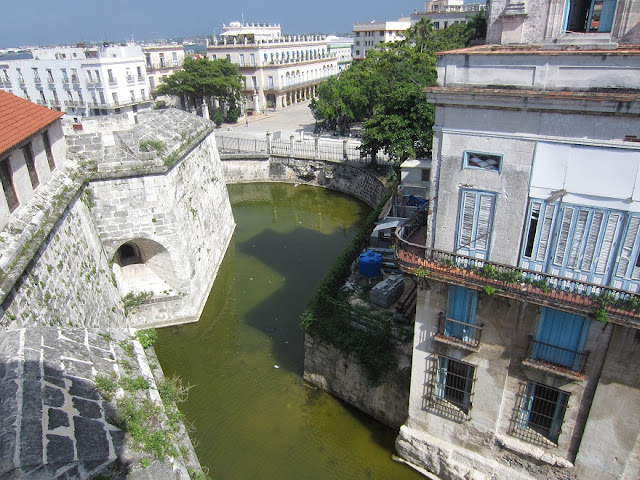 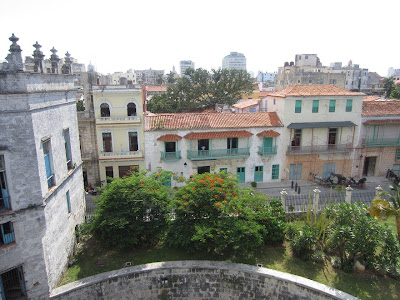 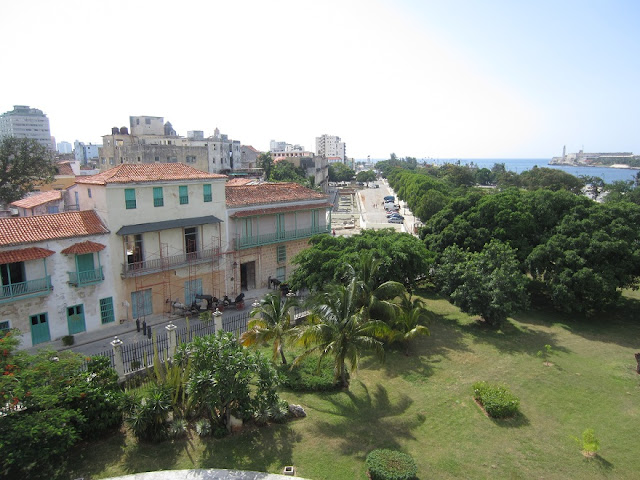