I often walk through the city of Havana and think....wow, they have a lot of statues in this town. It's not just the statues but the monuments too and to a wide variety of personalities. It reminds me of cities in Italy with all there monuments to fallen heroes but who are these people and what have they done for Cuba. There are many foreigners as well that have something dedicated to them. Many times when I return home to Canada from a visit to Cuba, I will go on the internet to search for these different people.
Every town I've visited in Cuba has at least one bust of the famous Jose Marti. It may only be a small one on a school property but there he is. Jose Marti is probably the most honoured person in Cuba, next to Che. They are the most obvious and recognizable people in Cuba. I thought I would show you some of the less notable and a couple of surprise ones as well. Some are in high traffic areas that can be seen while in a moving vehicle and some are a little more difficult to find even on foot.

1.  Jose Marti (1853-1895) was a poet, essayist, journalist, philosopher and political theorist among other things. He was shot and killed on his first foray into battle in the war for Cuban independence and instantly became a martyr. He was a Cuban Freemason and started what was called the 'Cuban Revolutionary Party'.  He was very vocal in his support for the cause of Cuban independence. His name is still synonymous with the Revolutionary Cause.
2-3.  Jose Marti
4.  El Caballero de Paris is the name of the statue but the person's real name was Jose Maria Lopez Lledin (1899- 1985). He was a street person who wandered all over Havana and became well known during the 50's. He was articulate, kind, never begged and would only take money from people he knew.
5.  Ernesto "Che" Guevara (1928-1967) and Camilo Cienfuegos (1932-1959). They are both revolutionary figures who where with Fidel Castro from the start of the revolution in 1956. Both are dead and both are martyrs but Che Guevara still fuels the revolution with the sales of a multitude of products with his face on them. Che's face is known all over the world and is the face of the revolution.
6.  Máximo Gómez (1836-1905) was a well known military commander in both the 'Ten Years War' (1868-1878) and Cuba's War of Independence (1895-1898).
7.  Ernest Hemingway (1899-1961) was a famous America author who loved Cuba and made it his home for a number of years. He lived in Havana at the Ambos Mundo hotel for a while and wrote some famous books while there. Places that he frequented during those times are still there. This bust is not exactly in the city of Havana but in a fishing village called Cojimar which is a suburb about 25 minutes outside of Havana. They loved this guy over there.
8.  John Lennon (1940-1980) ....who doesn't know John Lennon?? What is ironic about this statue is that the Beatles and their music were banned in Cuba after the revolution in the 60-70's and now there is a statue honouring one of them. What is even more ironic is that Fidel Castro inaugurated it himself in December 2000.
9.  Abraham Lincoln (1809-1865) is one of Fidel Castro's favourite people in history. He even laid a wreath at the statue of Lincoln when he visited Washington in 1959.
10. Carlos Manuel de Céspedes (1819-1874) owned a plantation in Cuba and was one of the first to free his slaves. He made the Declaration of Cuban Independence in 1868 which initiated the 'Ten Years' War'.
11. Emiliano Zapata (1879-1919) formed and commanded a revolutionary army after the start of the Mexican Revolution in 1910 and became a legendary figure.
12. Antonio Maceo (1845-1896) was a Lt.General and second in command of the Cuban Army of Independence.
13. Rafael Montoro y Valdes (1852-1933) was born in Spain but once Cuba won it's independence from her, he became a Cuban citizen. He was an important politician and an essayist.
14. The Maine Monument was inaugurated March 8, 1925 and includes two of the ships's 10 inch guns. It's in memory of the lives lost in the Maine disaster that took place on February 15, 1898 in Havana harbour.
15. Alexander Von Humboldt (1769-1859) was a Prussian geographer and naturalist who travelled extensively through Latin America exploring, writing and later publishing volumes on his discoveries.
16. Miguel de Cervantes Saavedra (1547-1616) was a Spanish novelist, poet and playwright who is best known for having written 'Don Quixote'.
17. Mahatma Gandhi....I don't think I need to say anything about him.
18. Jose Miguel Gomez (1858-1921) was a Cuban general in the War of Independence who later became President of Cuba.
19. Mariano Ignacio Prado (1826-1901) was President of Peru for two terms.
20. Monument to The Estudiantes de Medicina commemorates the spot where eight medical students were unjustly executed in 1871 for crimes against the then Spanish Government.

In conclusion....there are many more that I could post and there is a lot more that I can say about the ones that I have but this post is not about a history lesson. I just wanted to let you know a little about a few of the personalities scattered around the city of Havana. I hope you've enjoyed this post as much as I enjoyed writing it. 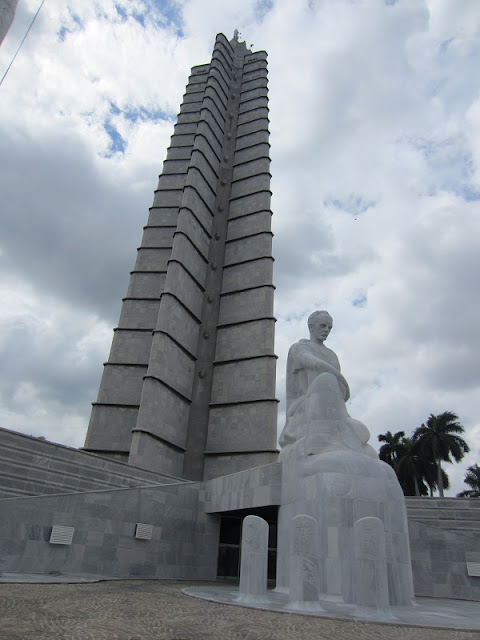 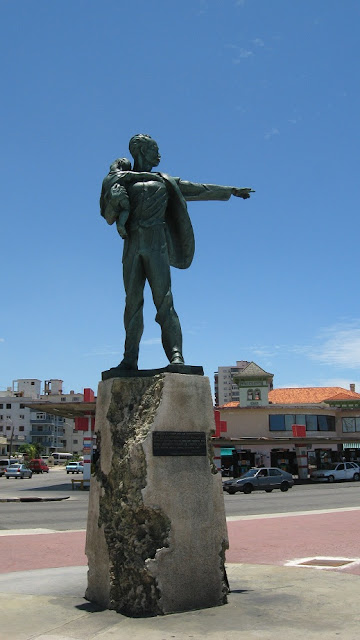 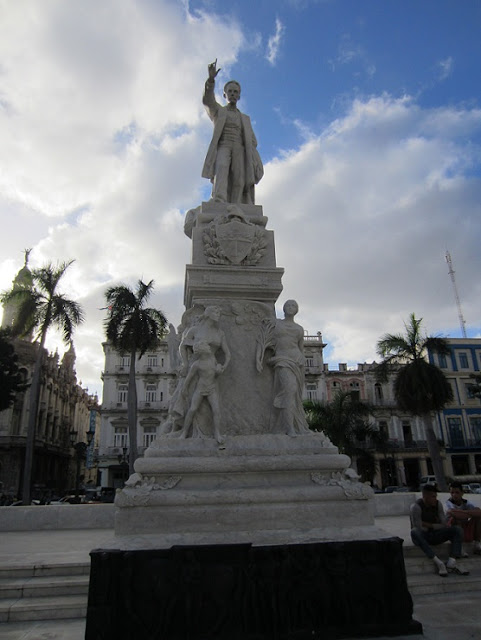 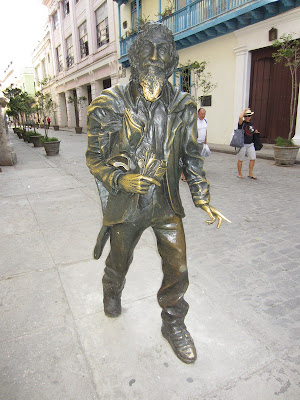 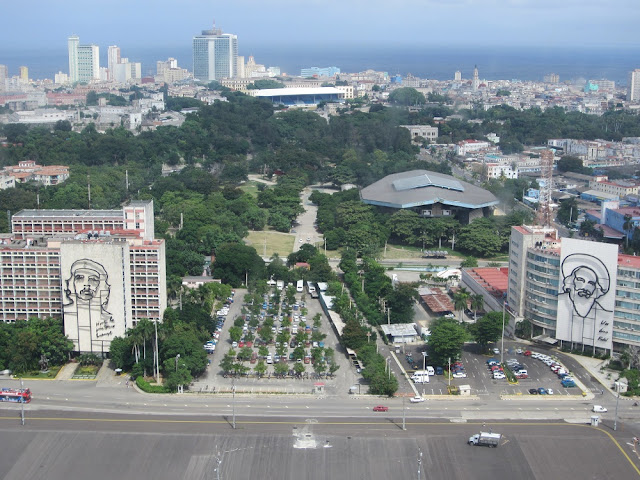 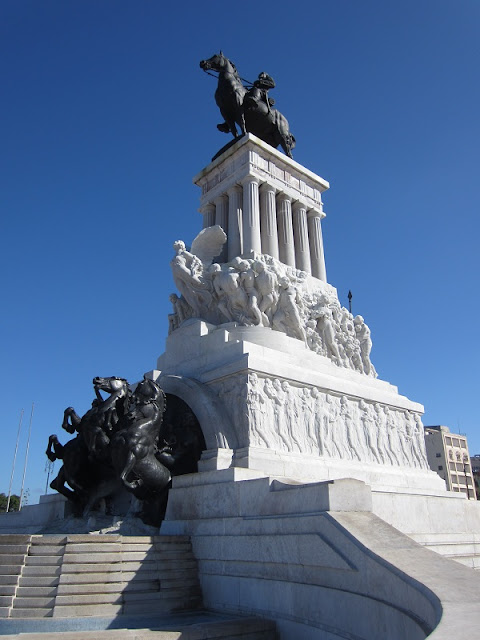 Antonio Maceo - On the Malecon near the Hotel Nacional 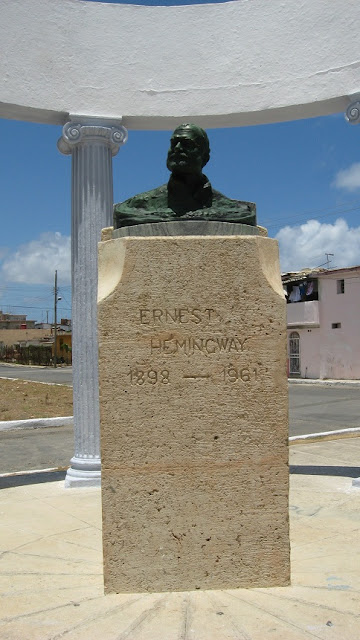 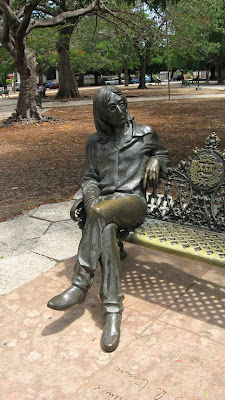 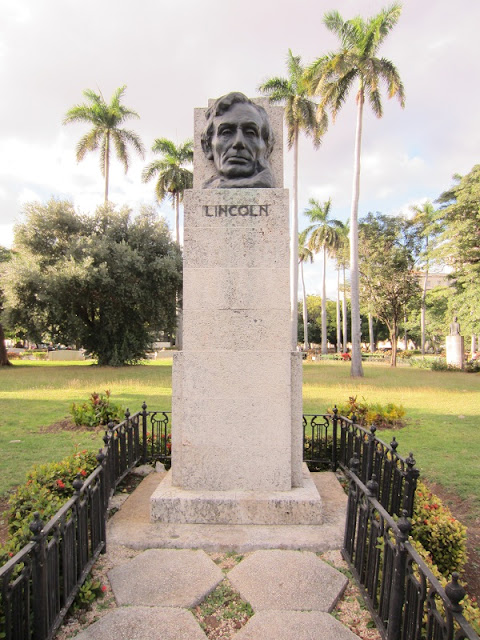 Abe Lincoln - Parque de La Fraternidad Next to the Capitolio 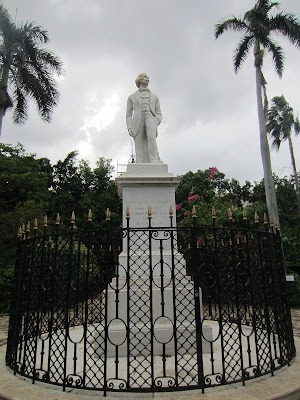 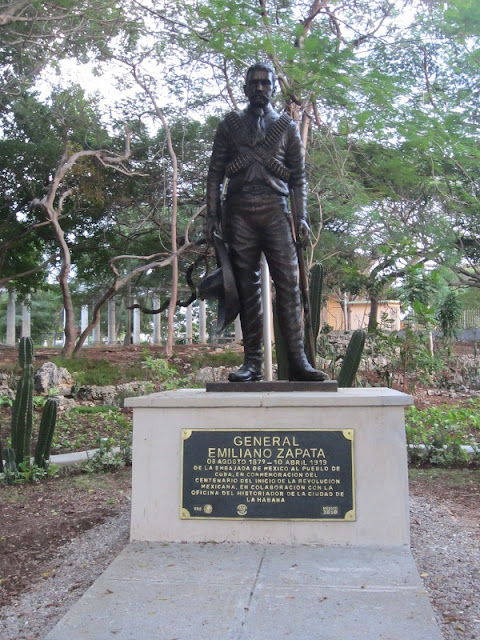 Emiliano Zapata - A Park along 5th Ave in Miramar 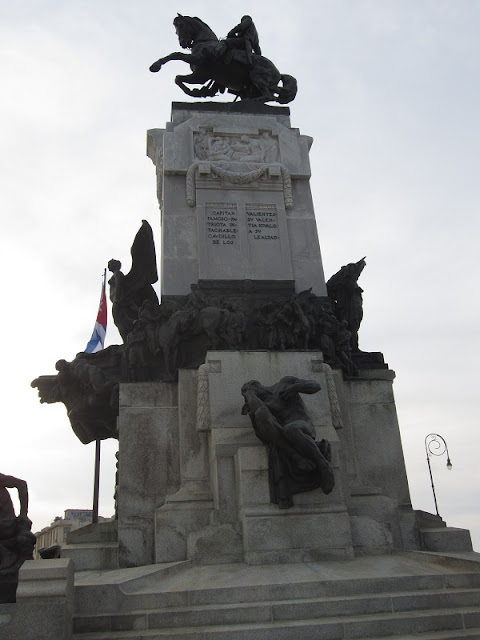 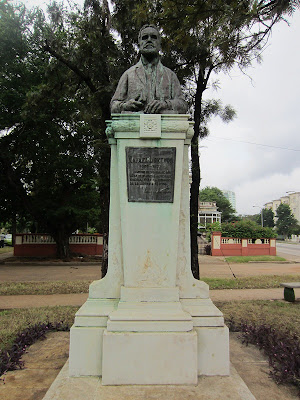 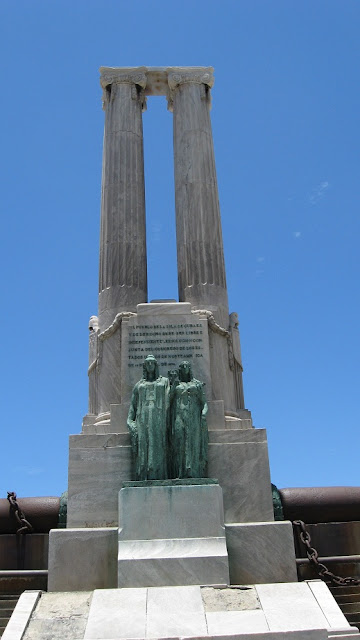 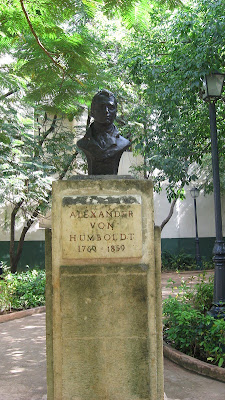 Alexander Von Humboldt - On Mercaderes across the Conde de Villanueva 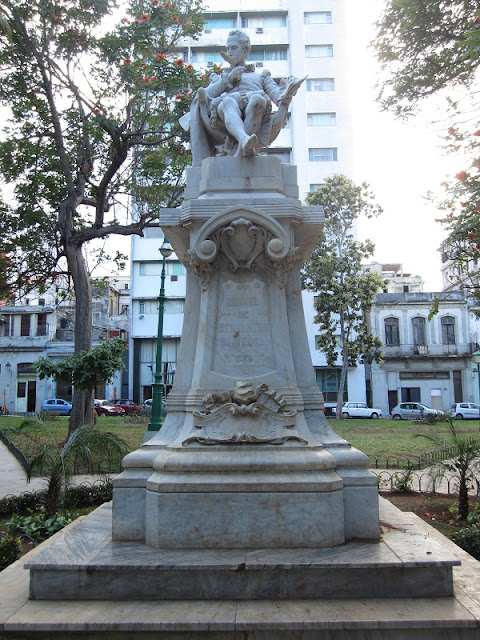 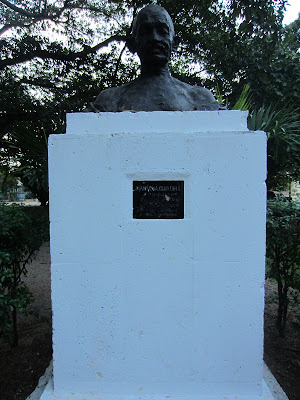 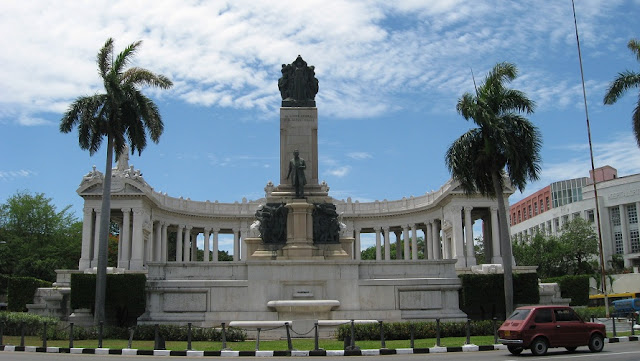 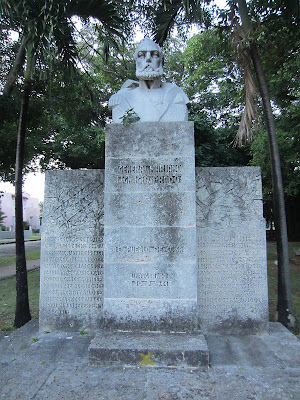 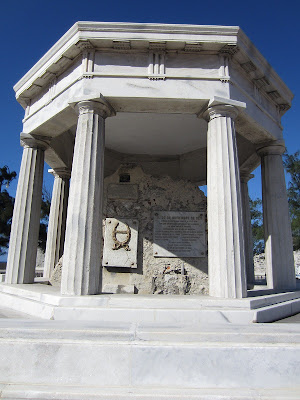 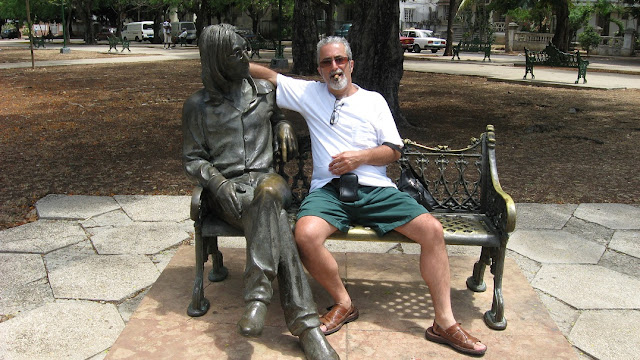