This is one of the new restaurants that has opened up in the last little while since the government has made it easier for them to do so. This place has only been open for 5 months and I've heard some talk about it so I thought I would check it out. The main reason I wanted to eat here was for the view from the patio. It's a Paladar, which means the restaurant is in a house and this one sits on an inlet at the entrance to the Almendares river that cuts through the city of Havana. It has a beautiful view of this part of the city with the 'Torreon de Santa Dorotea de La Chorrere' within sight. This is a small fortress that was completed in 1762 by the same Italian designer who did the one in Cojimar. It now houses a small restaurant called the 'Meson La Chorrera'. I always see this building on my way to Miramar but never from this angle. The area in which the house is located in has a name and it's 'La Puntilla' (small point) in Miramar, which may help when giving directions to your taxi driver.
Upon arriving my first thought was..."It doesn't look very nice from the outside". I know better in Cuba, first appearances can often be deceiving. Once you enter however you're transported to another time and place. The decor is simplistic, minimal, clean, there isn't too much furniture, just a few tables for diners, a bar, a waiters stand and set behind some couches in a separate area a table that could accommodate 12. Finally we get to the best part of the restaurant, the patio. It's fairly big but only set up for about 30 with it's own bar at one end in case they're busy. There was a beautiful view of the city and it felt wonderful having dinner right on the water as the sun went down. It wasn't too busy that evening and a Cuban friend of mine had told me it was expensive. I don't know if that had anything to do with it.
The menu had a variety of goodies and I didn't know what to choose. I like whole fish but it wasn't on the menu. For starters my date had the Shrimp Cocktail which was basically boiled shrimp on a plate with two sauces on the side. It was presented nicely but we expected it in a cup of some kind already mixed together. It was a fair portion and the shrimp were fresh and a decent size. I had the Octopus in Garlic and Oil. I enjoyed it but it was really heavy and only had a little. There were a few other things I would like to try like the Ceviche or the Pork Ribs & the Tostones....next time. We both had the same main course, the Filet of Sole in white wine sauce. The fish was prepared well and was tasty with just a few vegetables and a pinch of potatoes. When the waiter was taking our order I sensed by his description of the food that the mains weren't coming with big side dishes, especially after he pointed out the sides available to us on the menu. We opted for a couple of mashed potatoes at 2.50cuc a pop. The mashed potatoes were actually quite good and would recommend sharing one for two persons.
The dessert selection was sparse with only cheesecake, ice cream and a dessert of the day. They didn't have a wine list either and had to zero in on a wine and ask for prices.... I don't like that. I did find a decent Chardonnay from Italy for 28cuc. A little higher than the average Paladar in Havana but not too bad.
The service was pleasant and helpful. The waiter was mature and obviously experienced.
In conclusion, I will go back and try some of the other dishes. The food and service were good but the experience of dining on the water is irresistible. My dinner for 2 with 10% gratuity included on the bill was 69.85cuc. I posted a picture of the bill below. A little high by Cuban standards for what we got but worth it in my opinion. 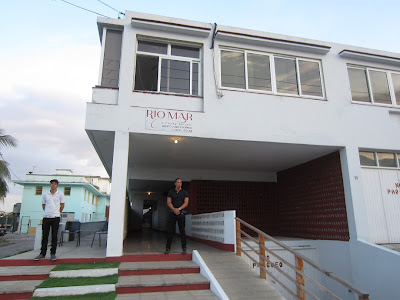 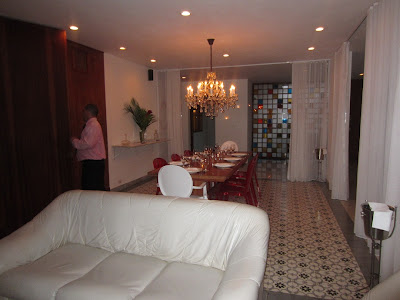 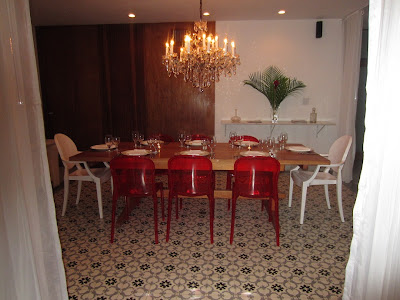 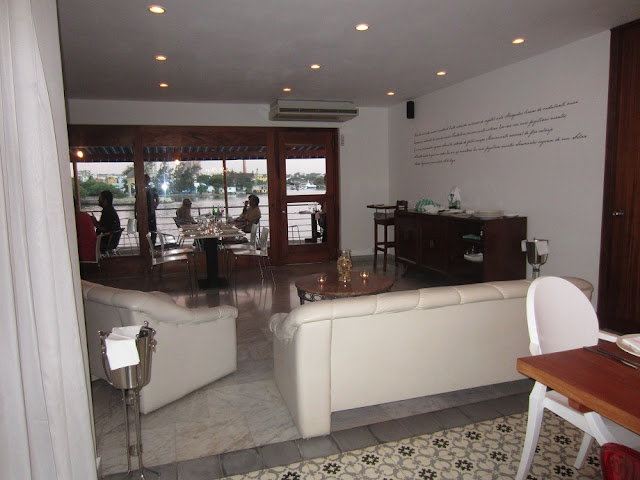 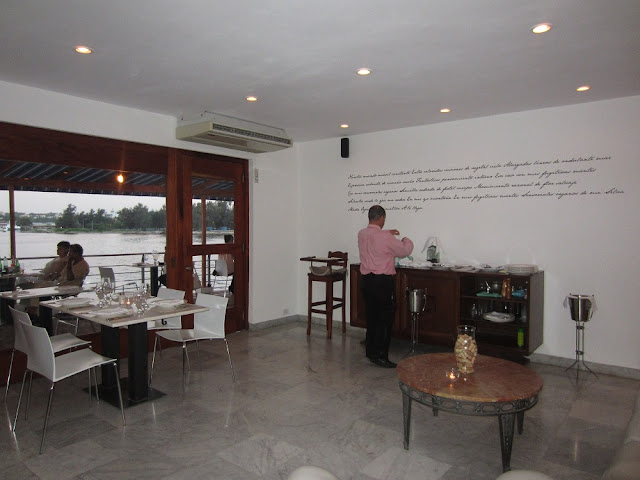 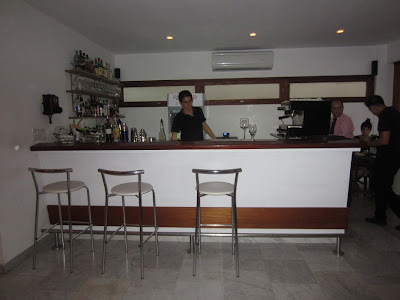 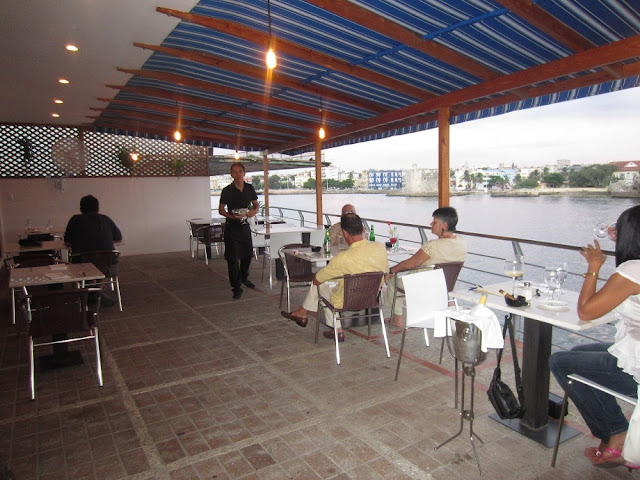 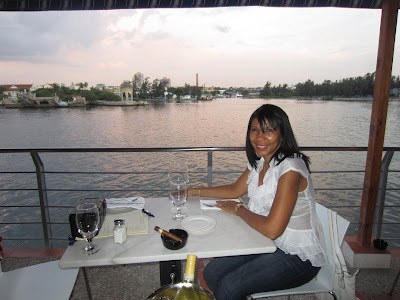 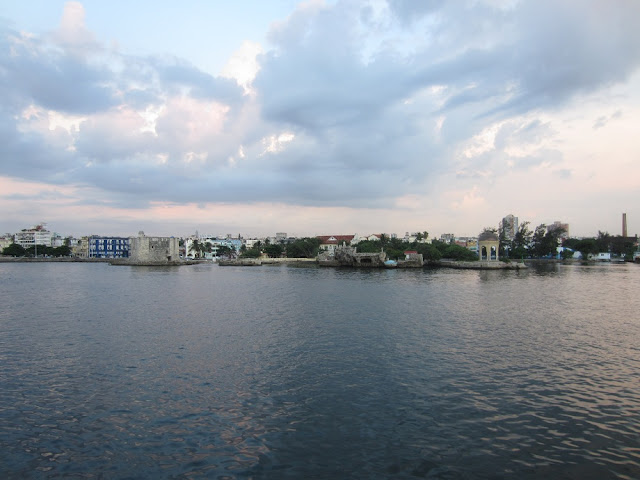 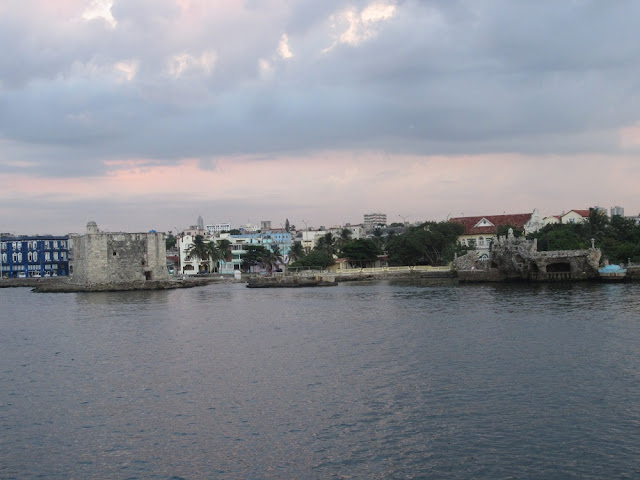 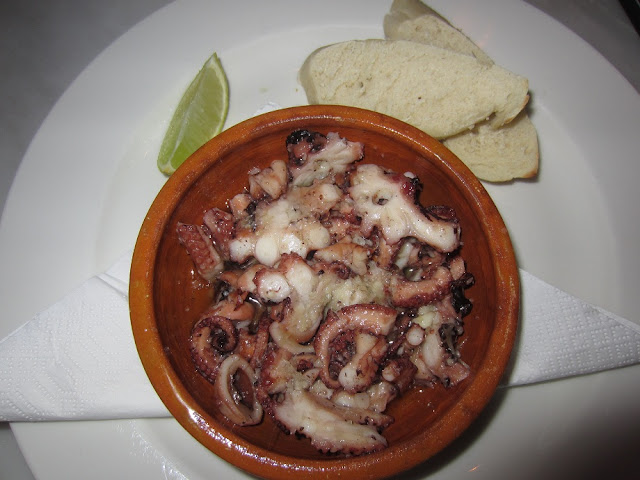 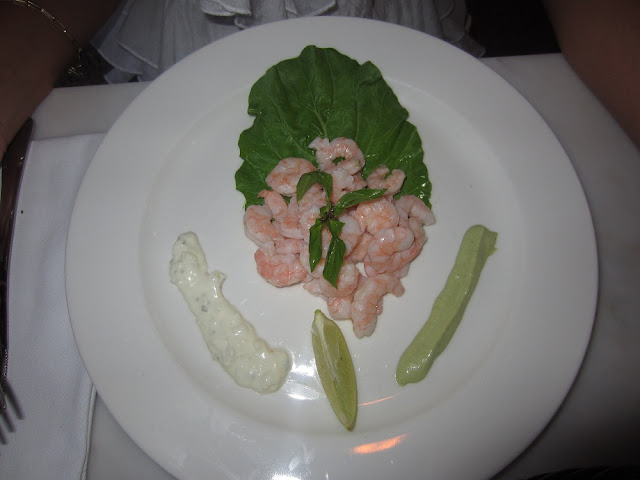 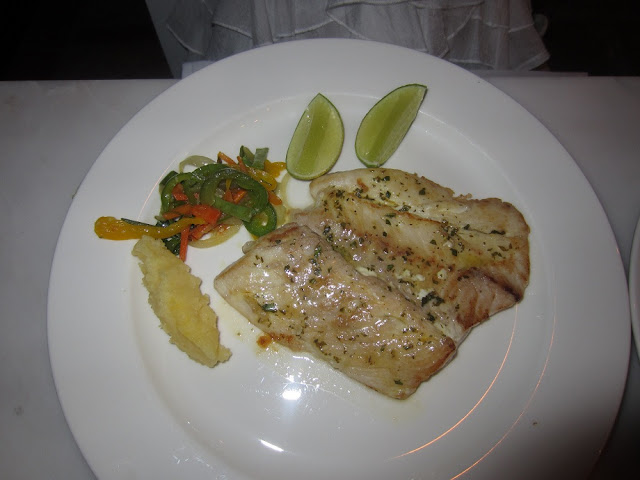 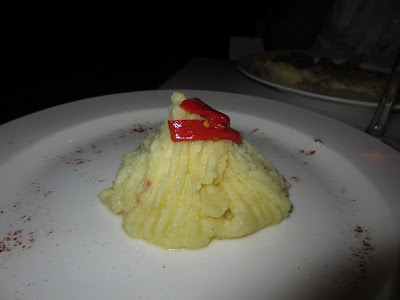 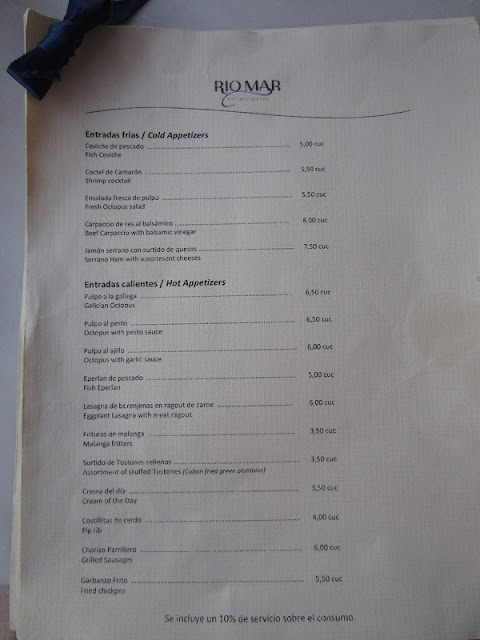 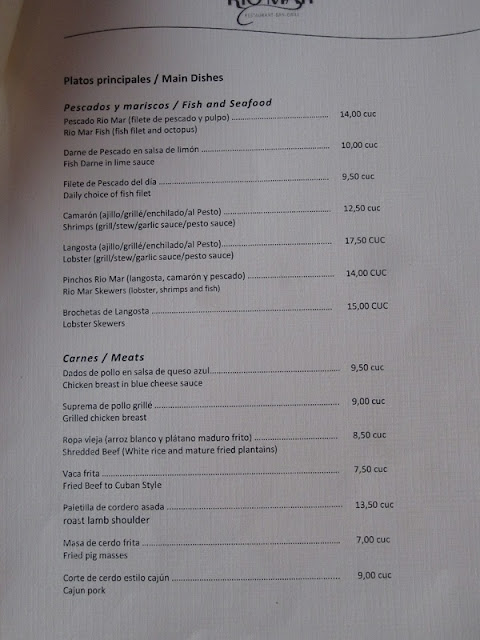 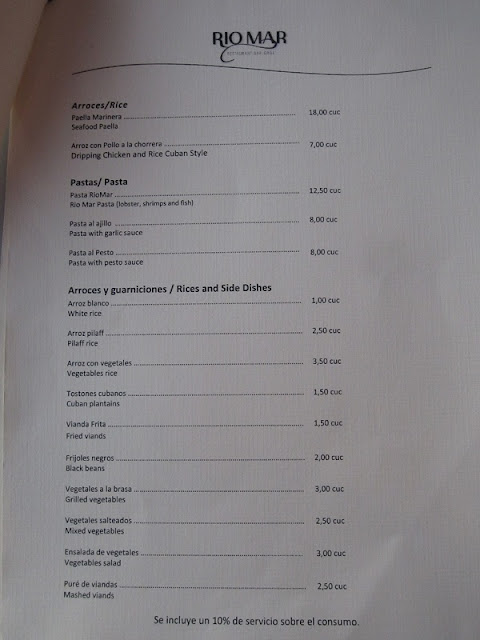 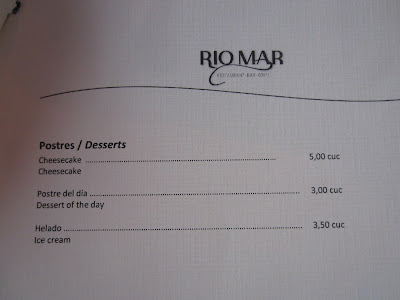 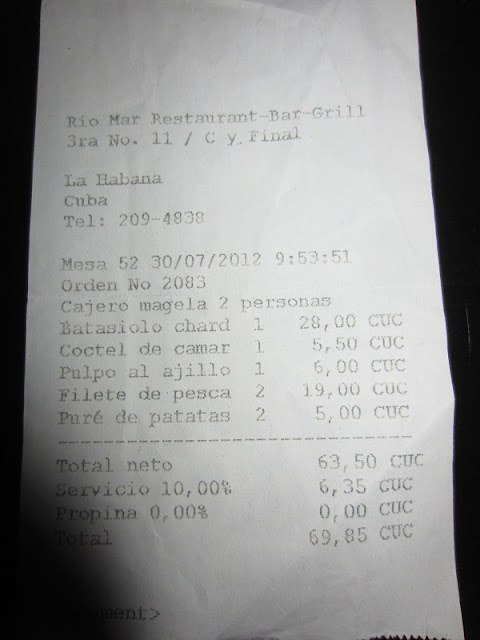